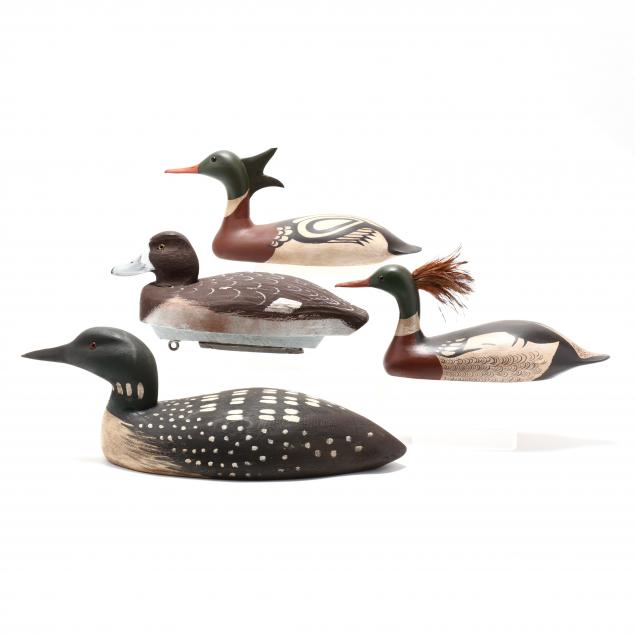 Lot 1148
A Group of Four Decoys
Lot Details & Additional Photographs
A working decoy repaint by Maurice Waterman stamped on the underside "BT and RET" and written in marker "Bob Timberlake Collection / Repaint by Maurice Waterman / Knott's Isd. N.C." (14.5 in.); an unsigned display decoy; a Bob Timberlake pair of Merganser, signed on the underside and dated 1980 (6.75 x 14 in.).

The loon decoy was repainted by Bob Timberlake.

One Merganser with chip. 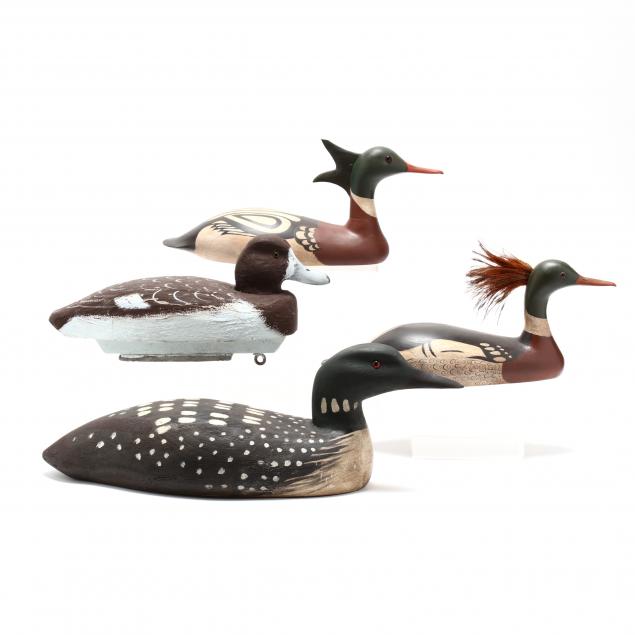 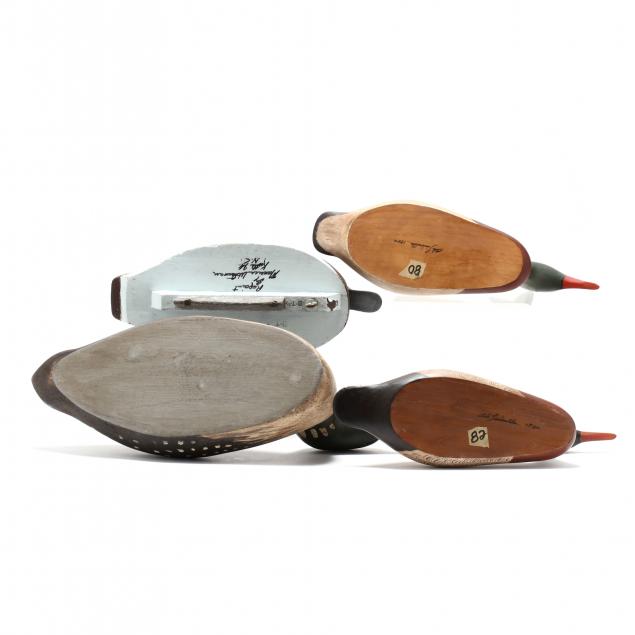 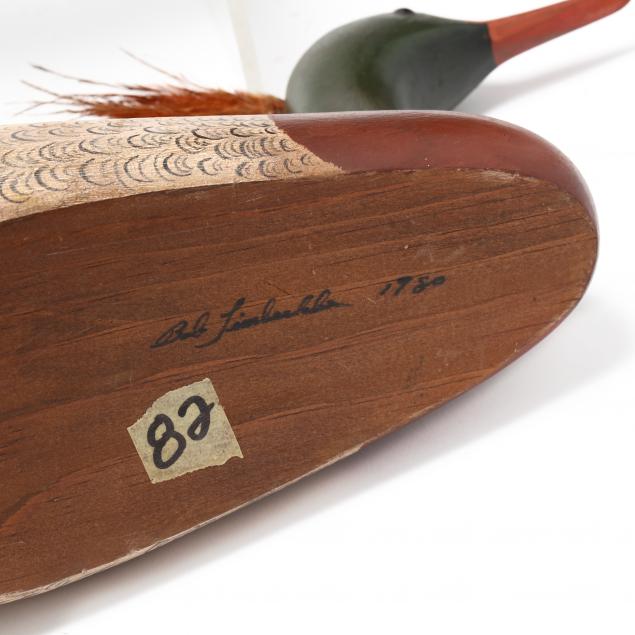 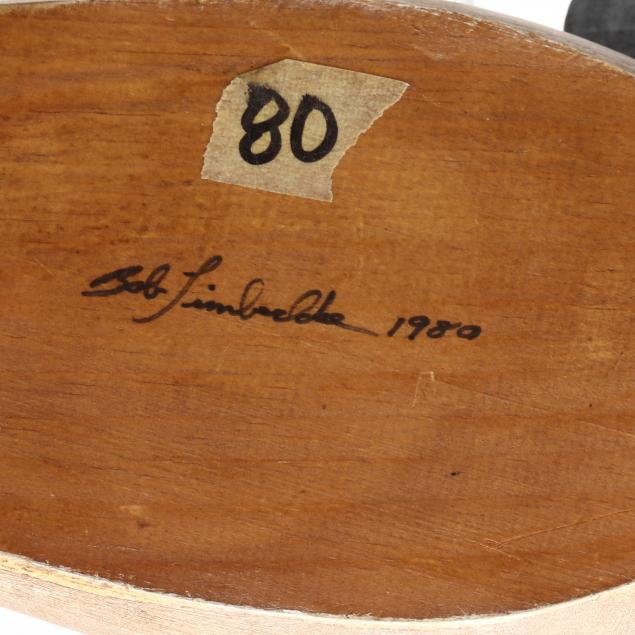 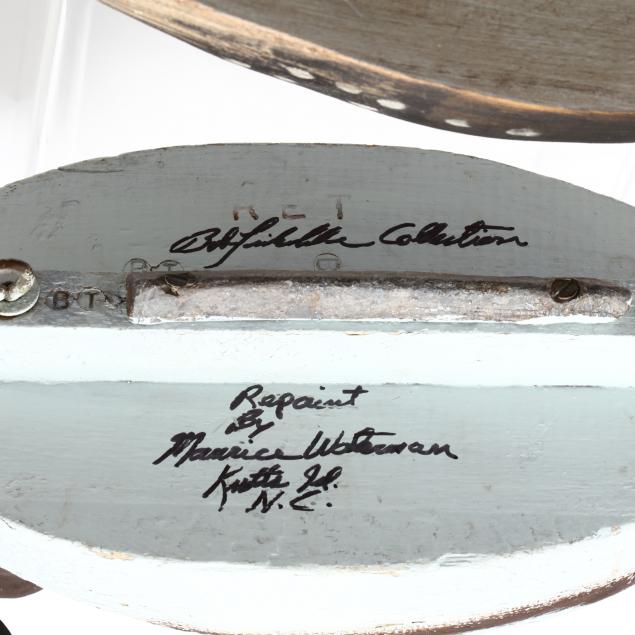 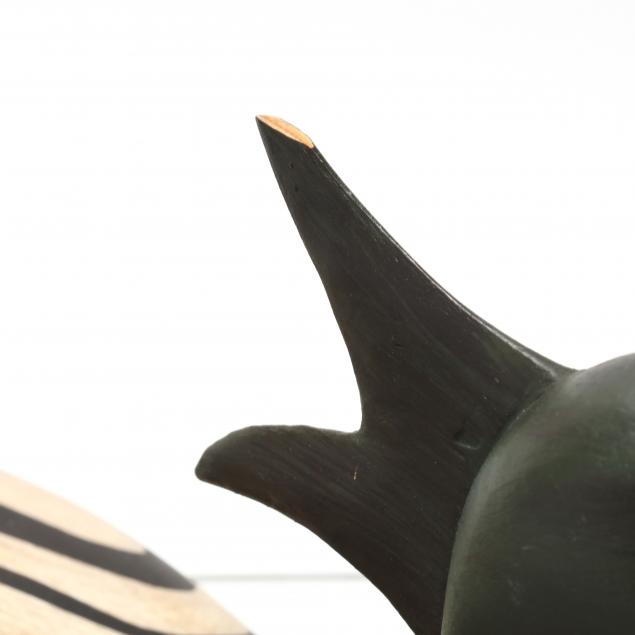