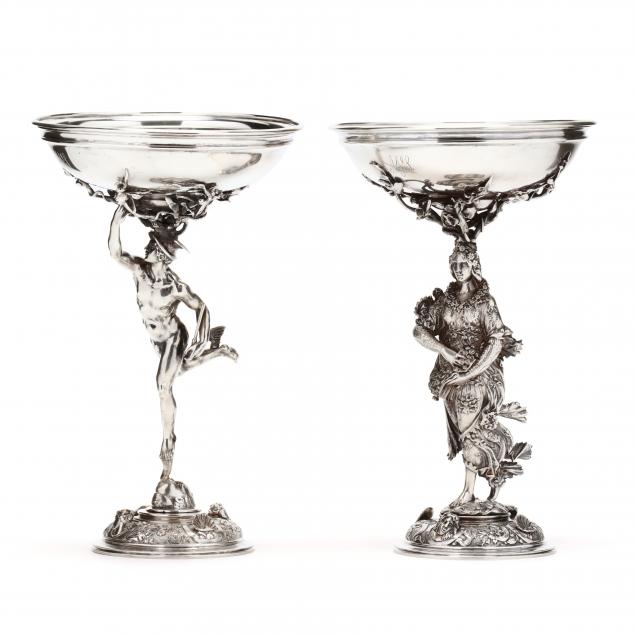 Lot 394
Two Antique Italian Silver Compotes, G. Accarisi
Lot Details & Additional Photographs
Late 19th century, each with mark of G. Accarisi of Firenze; each in the form of a shallow bowl held aloft by a mythological figure, the first featuring a model of Flora based on the painting Primavera by Sandro Botticelli, the second featuring a model of Mercury after Giambologna, each raised on a domed circular foot with chased floral motifs alternating between female masks and shells in high relief, the bowls each with period armorial engraving of a stag's head and the monogram "AJS."

Giuseppe Accarisi was a highly regarded jeweler and silversmith working in Florence during the late 19th century. His workshop crafted fine silver objects in the 16th century style. 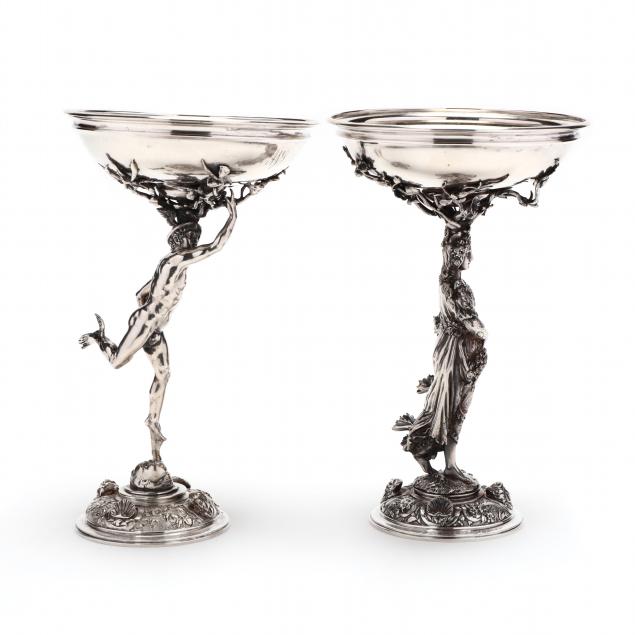 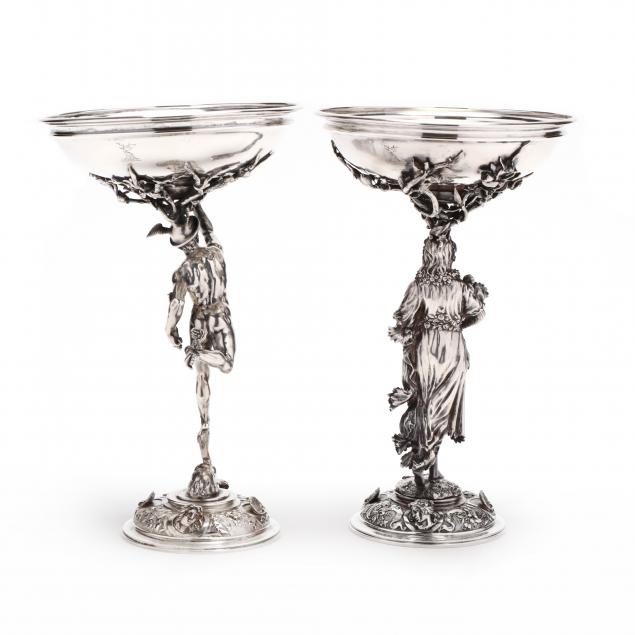 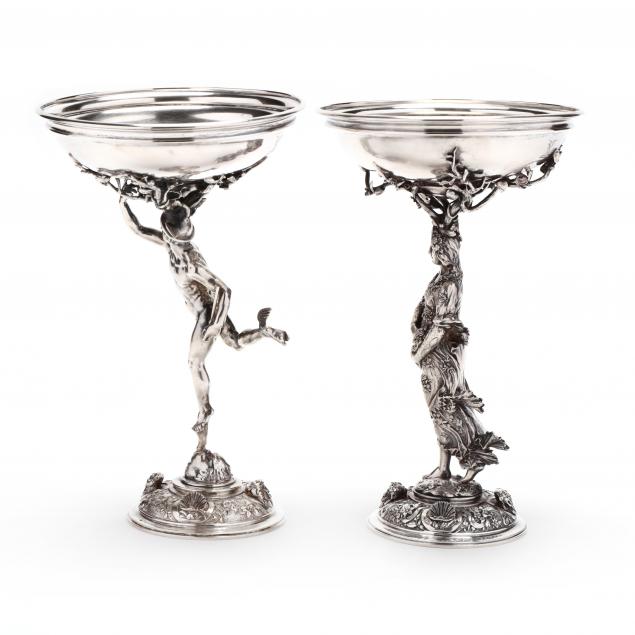 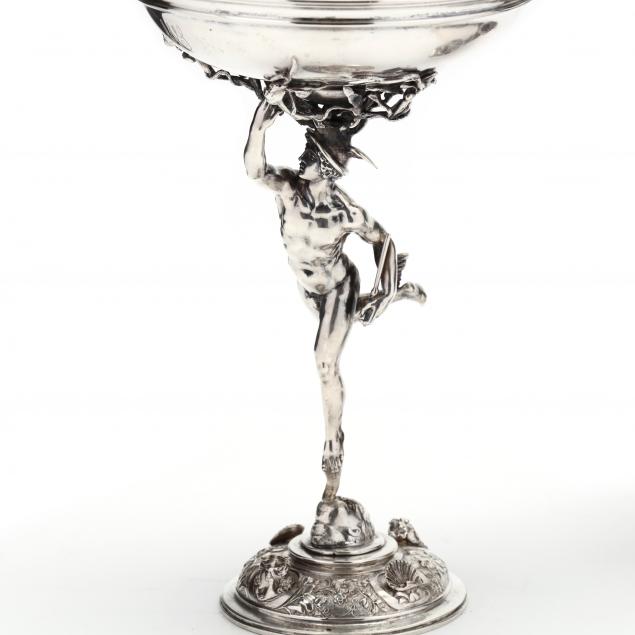 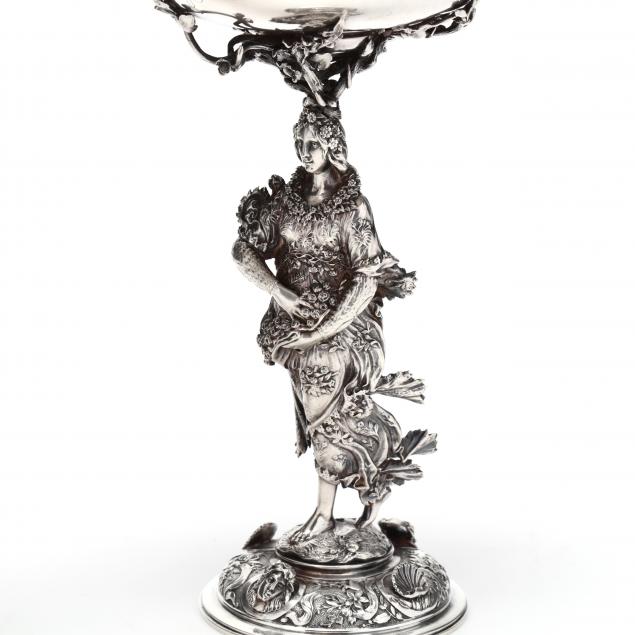 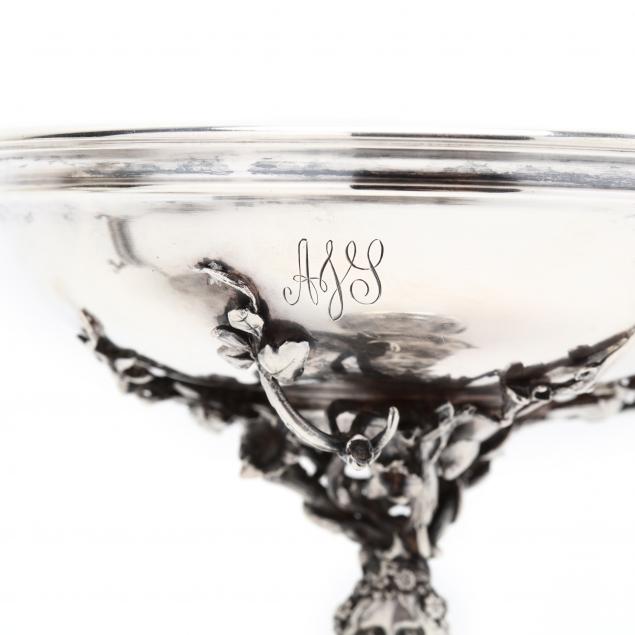 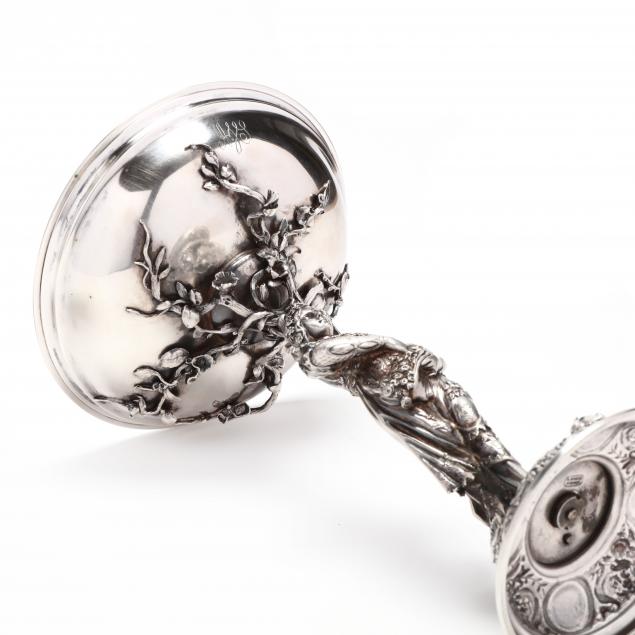 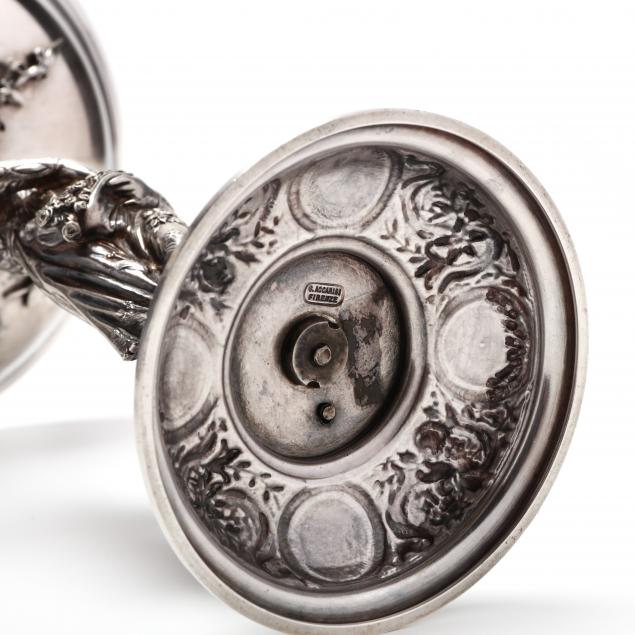