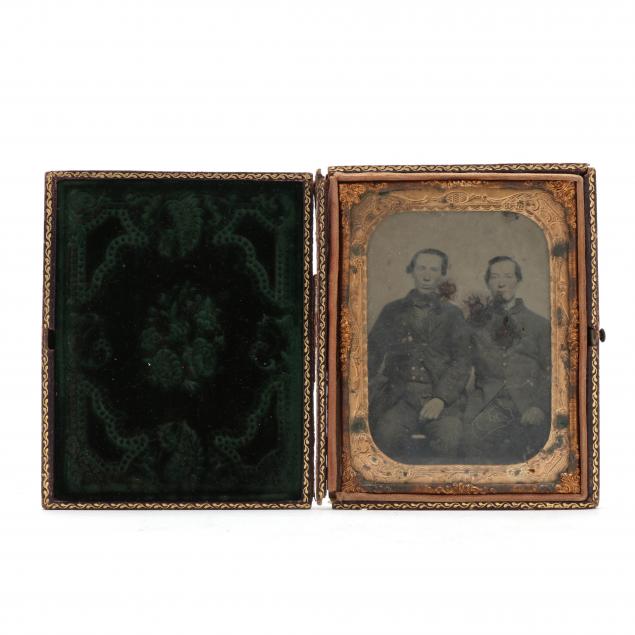 Lot 108
Quarter Plate Tintype of Two Tennessee Confederate Brothers
Lot Details & Additional Photographs
A modern card penned in two different hands was placed behind the image and reads, "Oliver B Caldwell on left / Rufus A Caldwell on right / Brothers in Confederate Uniform, just after release as prisoners from Federal prison," one soldier wears a military frock coat with a single row of buttons and piping on the collar while his brother is in a non-regulation coat and vest.

Though no POW records have been located at present, an O. B. Caldwell is shown as enlisting on December 9, 1861 in Co. A, 11th Tennessee Cavalry and being transferred to Co. K, 6th Tennessee Cavalry on May 1, 1862; his brother, Rufus A. Caldwell, was a corporal in Lynch's Tennessee Light Artillery, joining on November 1, 1862. Both men apparently survived the war.

Blistering to the emulsion; spotting to the frame; case lid separated with one side of the back present, but detached; overall fair condition. 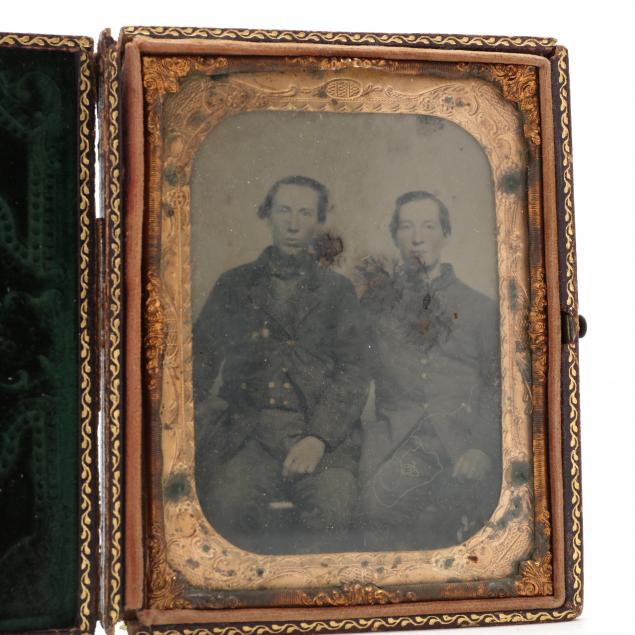 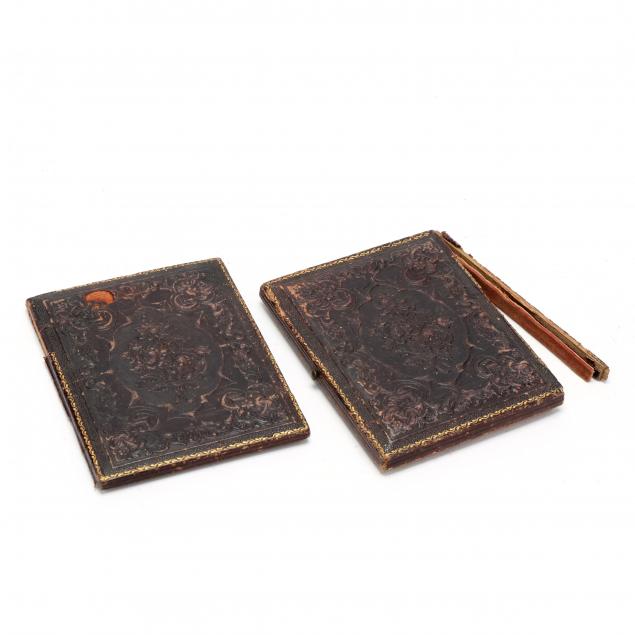