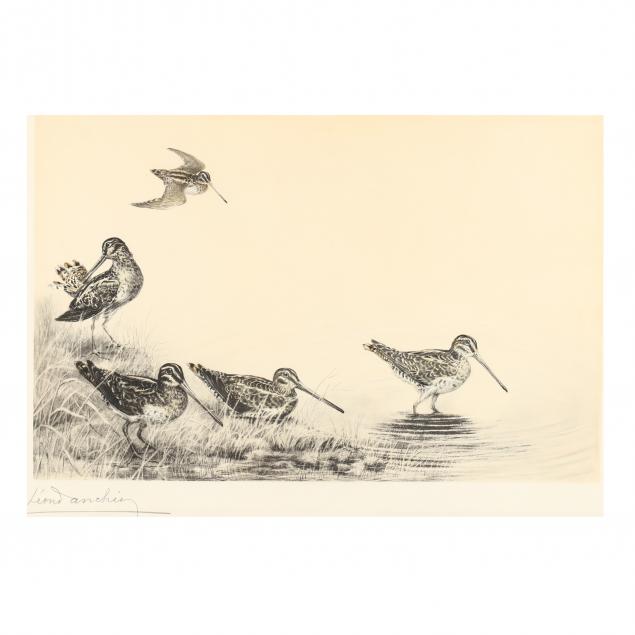 Léon Danchin was a French artist known for his sporting scenes featuring dogs and birds. He studied at
L'École des Beaux-Arts in Paris and was accepted by the Salon des Artists at the mere age of sixteen. Danchin went on to live in France with his family throughout his life, and he was an avid hunter. It was from his sporting outings that he was inspired and completed many of his hunting scenes.

Several creases and some soft sheet bends; light toning; not examined out of frame. 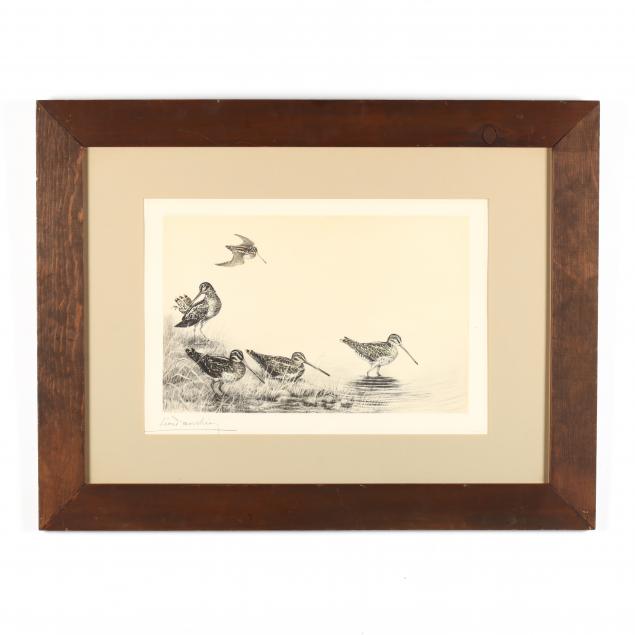 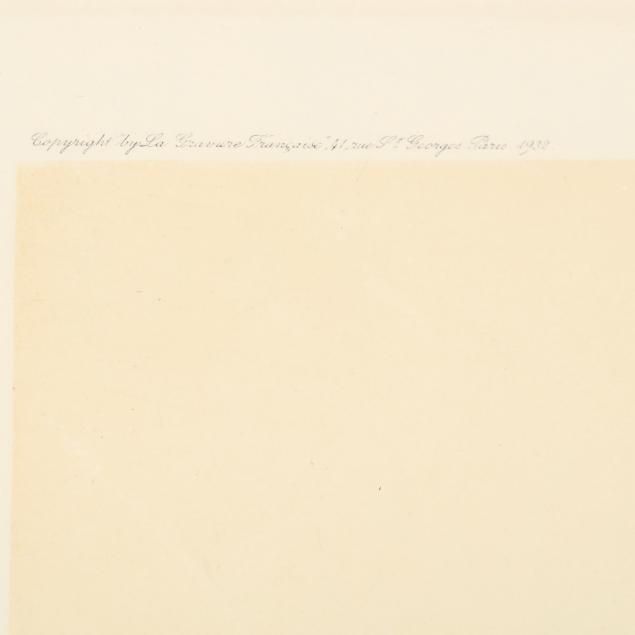 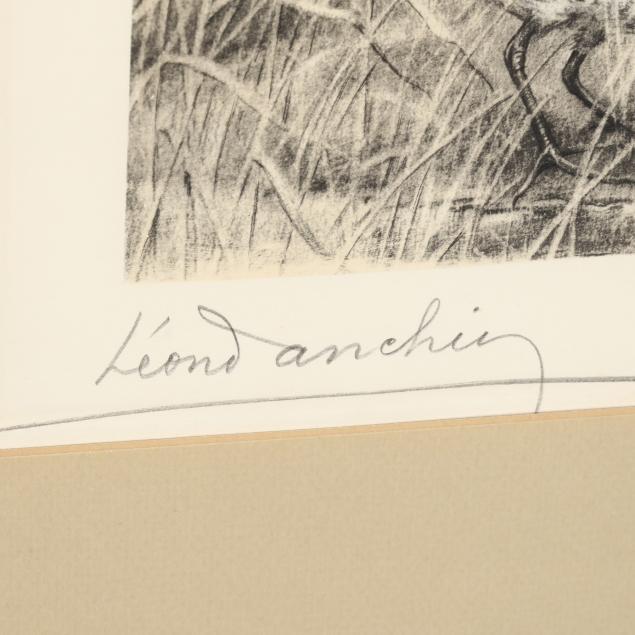 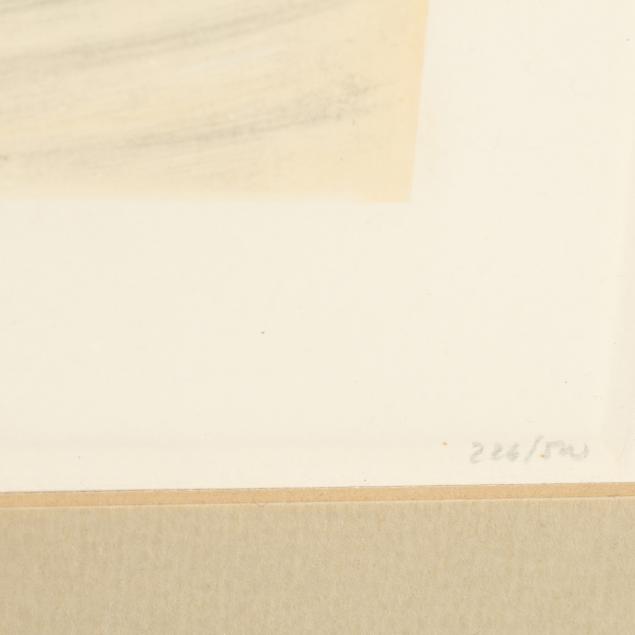 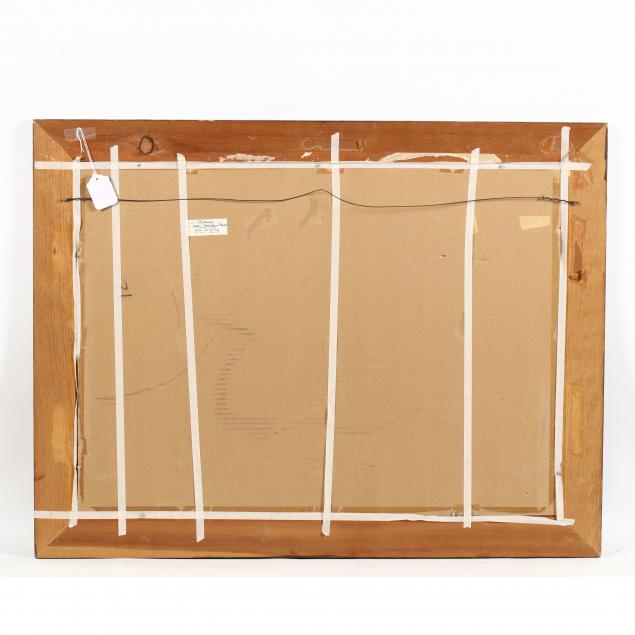