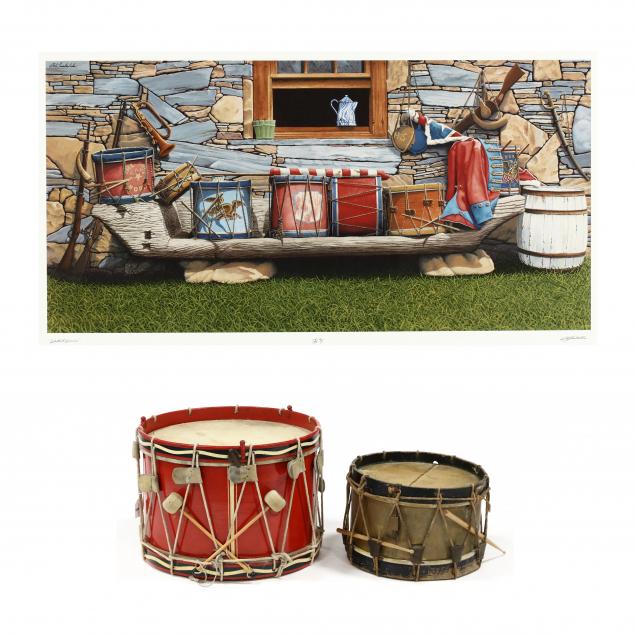 Lot 1003
Bob Timberlake (NC, born 1937), Distant Drums (with two models)
Lot Details & Additional Photographs
Offset lithograph in colors, pencil signed, titled, and numbered lower margin, matted and framed. Included with the lot are two vintage drums, both 20th century, the larger one with painted shell and rims plus two sticks; the smaller one with a toned sheet brass shell, wooden rims and one stick (both drums with wear from use; the smaller one with 2.5 in. split on lower head.)

The lithograph is in overall good estate condition; not examined out of frame. 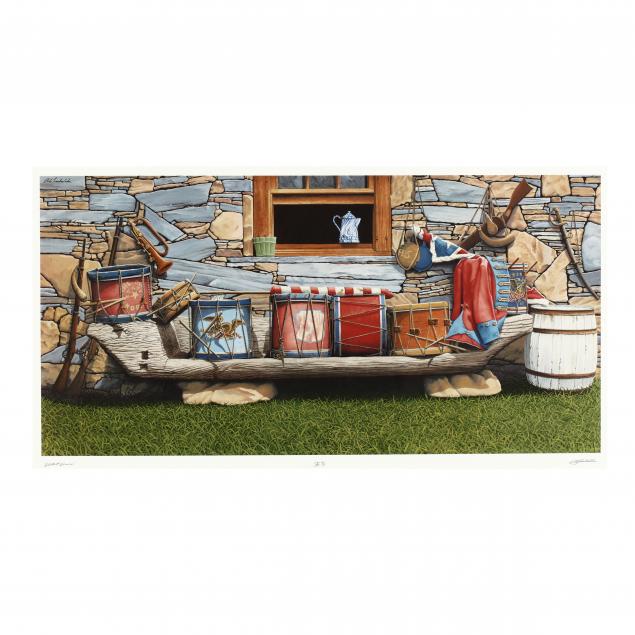 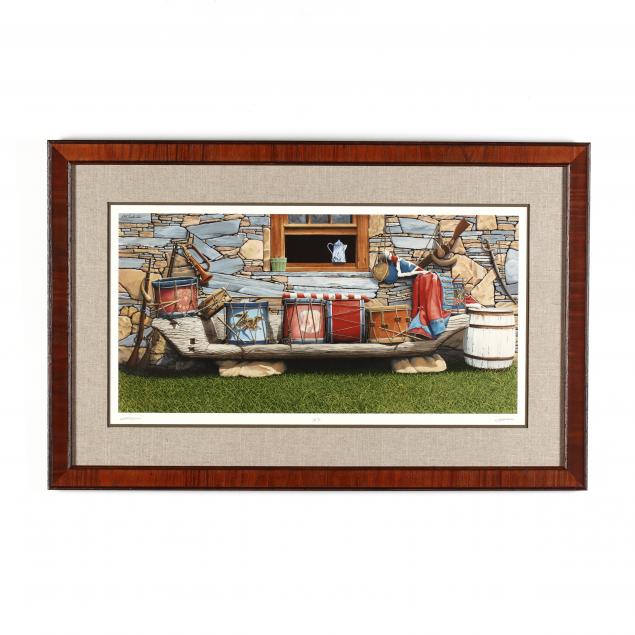 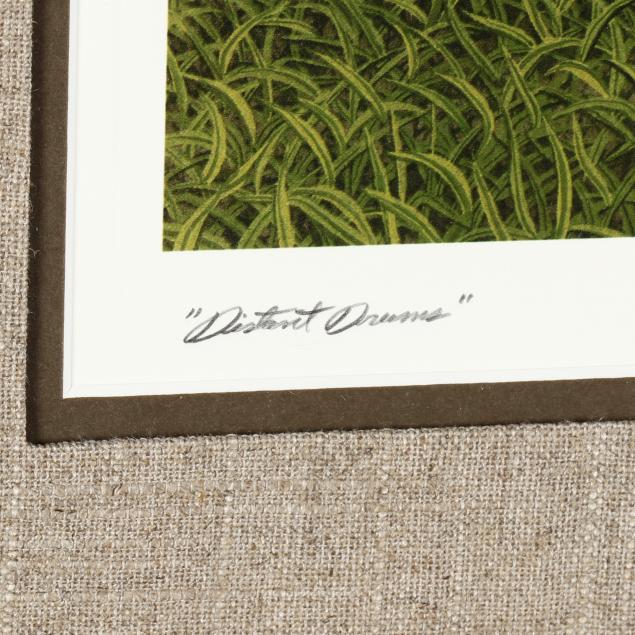 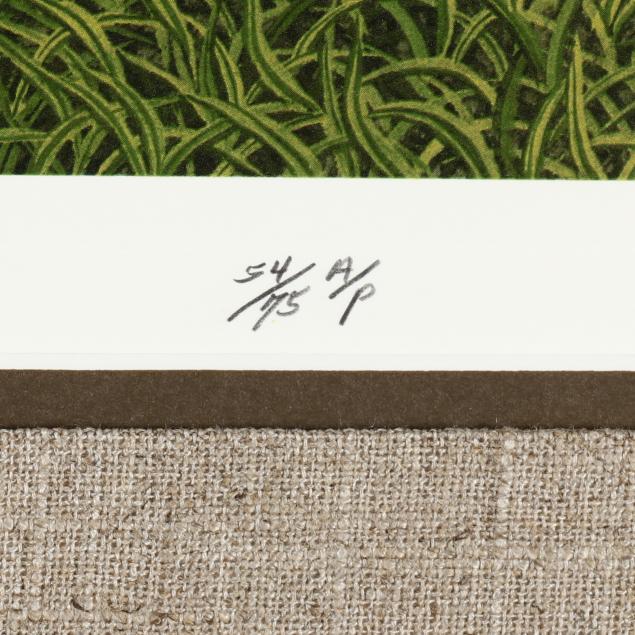 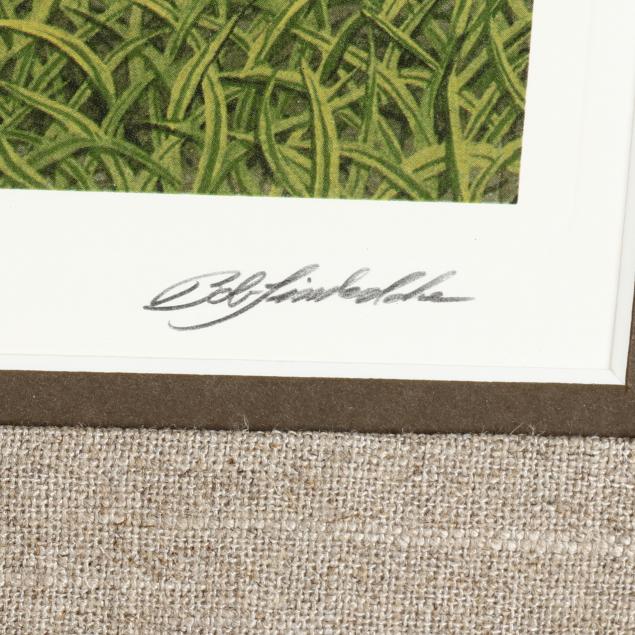 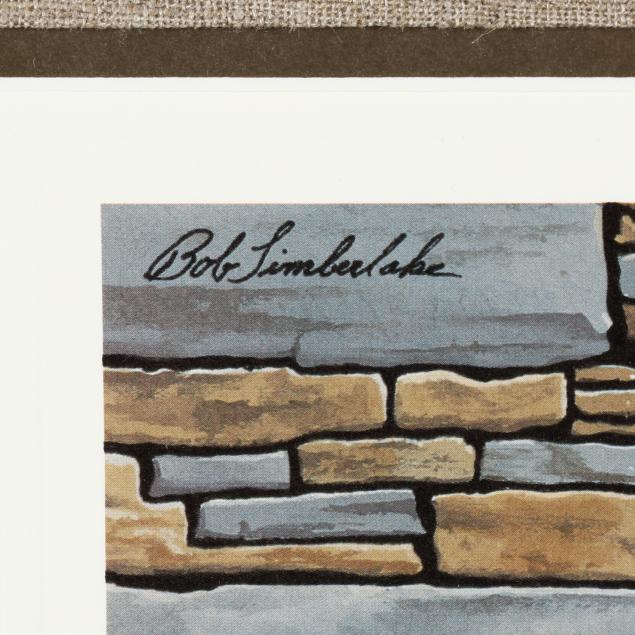 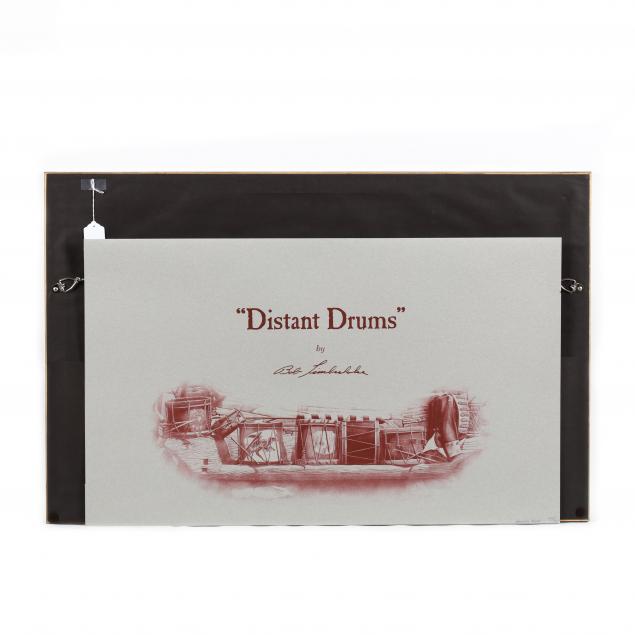 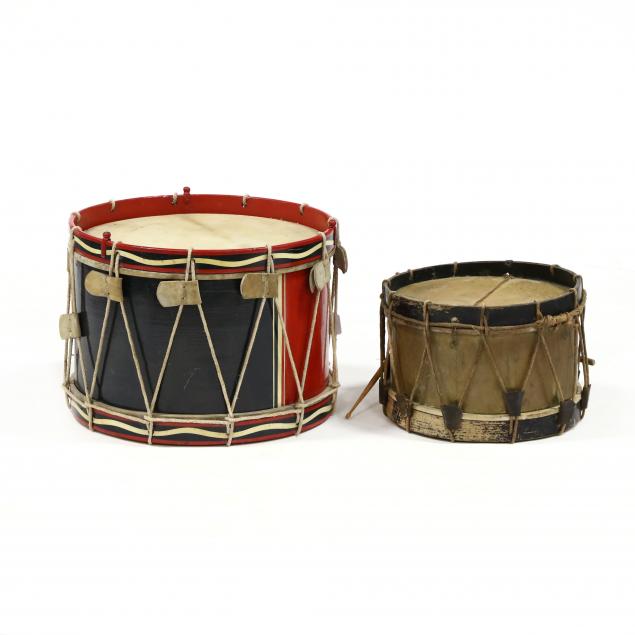 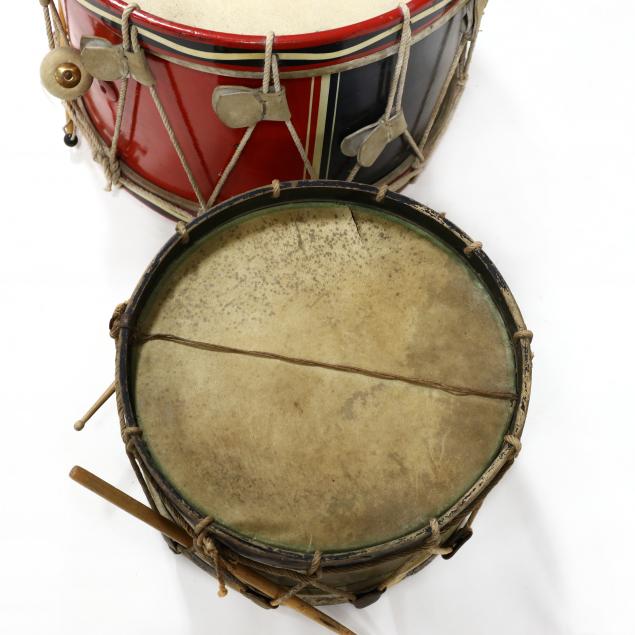 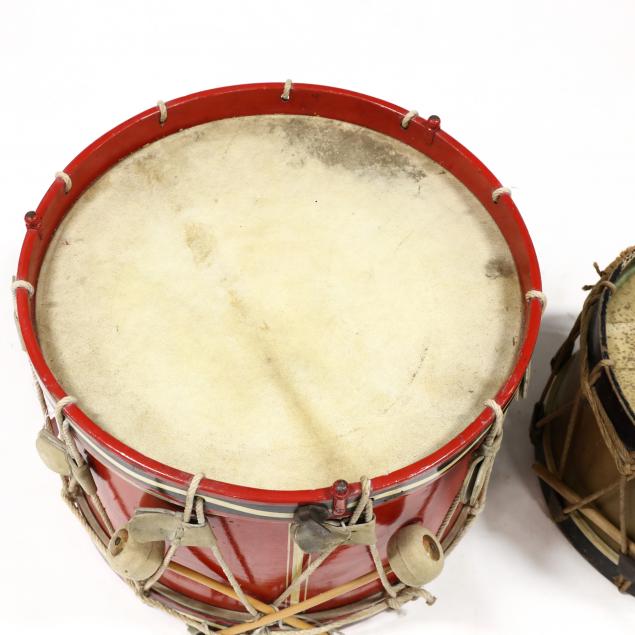 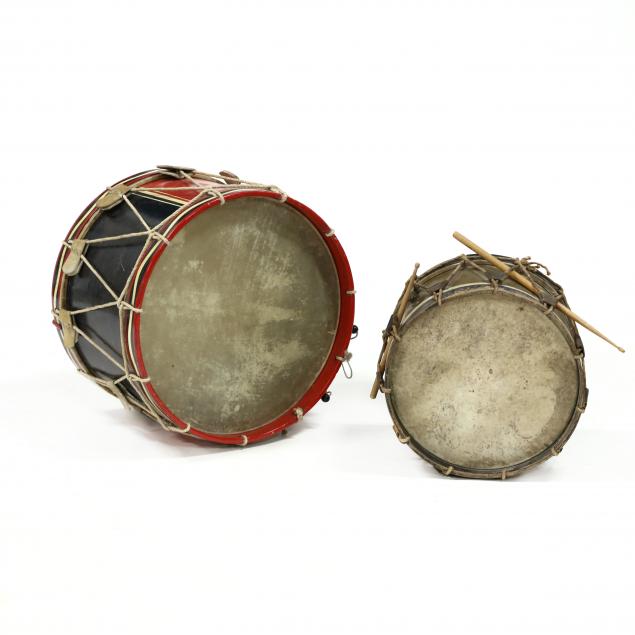 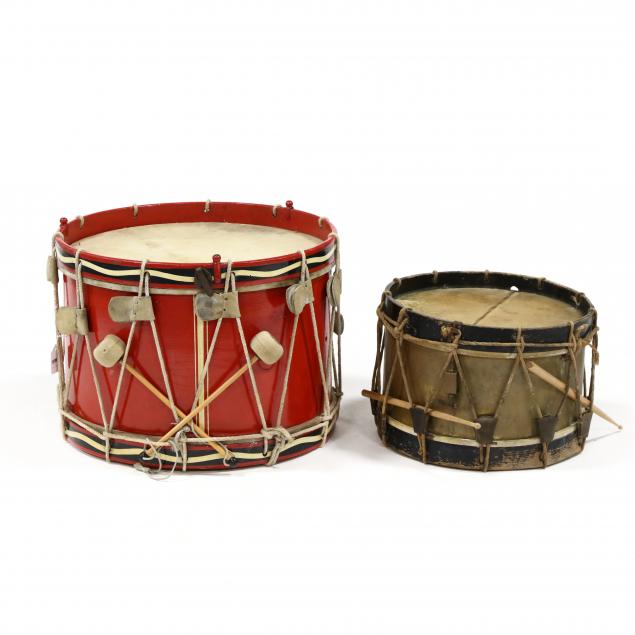