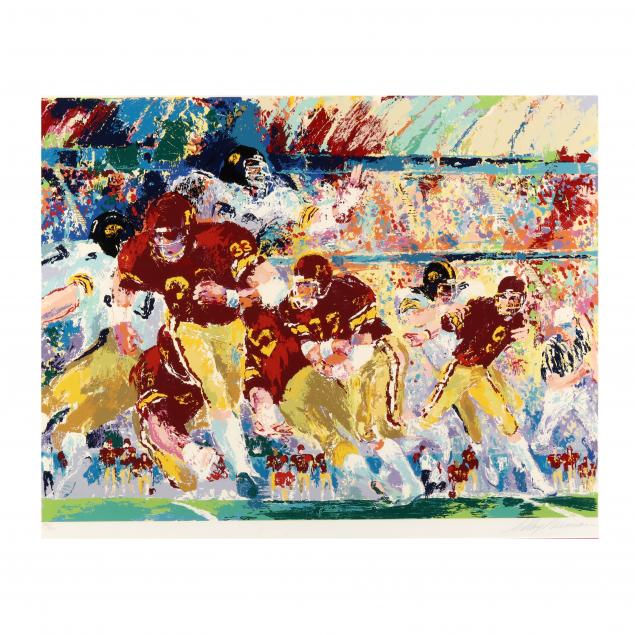 Known for his energetic, colorful serigraphs and his paintings of famous sports stars, LeRoy Neiman became one of the twentieth century's most successful illustrators. He was a regular at sporting events, usually carrying his sketchpad and working from life to capture the movement and vibrancy of his subjects.

Neiman was born in St. Paul, Minnesota and studied at the Art Institute of Chicago, the University of Chicago, and the University of Illinois. In 2000, a major book of his serigraphs titled The Prints of LeRoy Neiman, 1991-2000 was published by Knoedler Publishing in New York. In 1995, Neiman donated $6 million to Columbia University's School of the Arts to endow the LeRoy Neiman Center for Print Studies. Neiman's memoir, All Told: My Art and Life Among Athletes, Playboys, Bunnies and Provocateurs, was published in June 2012.

Overall good condition; some margin toning; not examined out of frame. 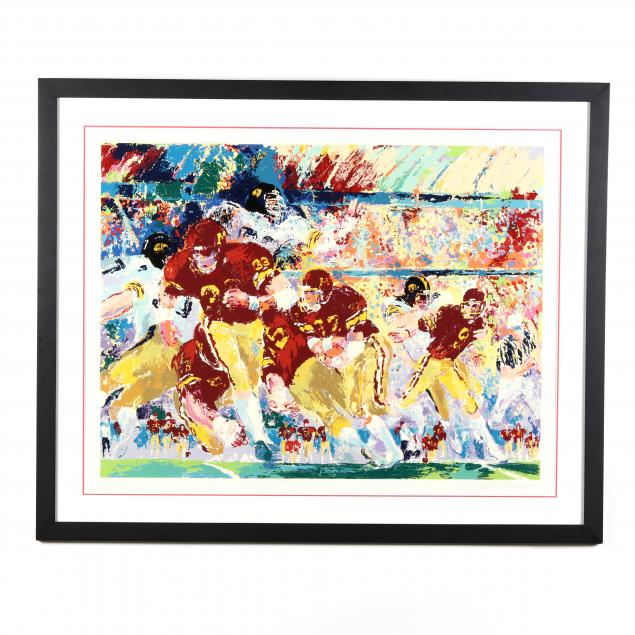 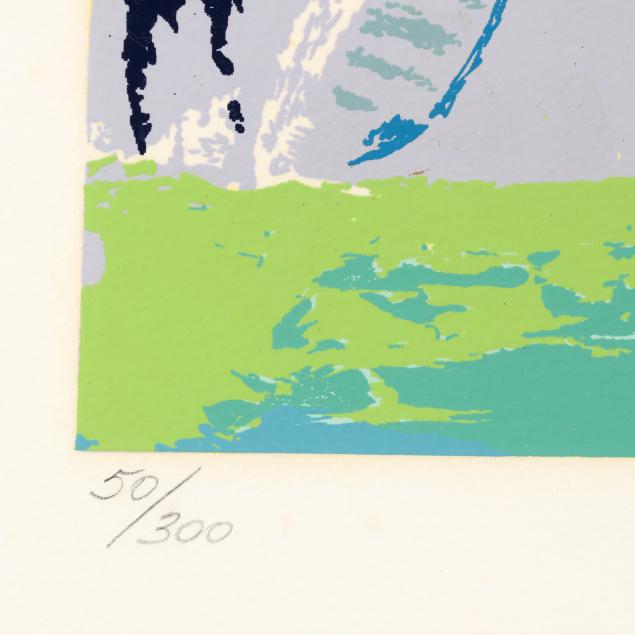 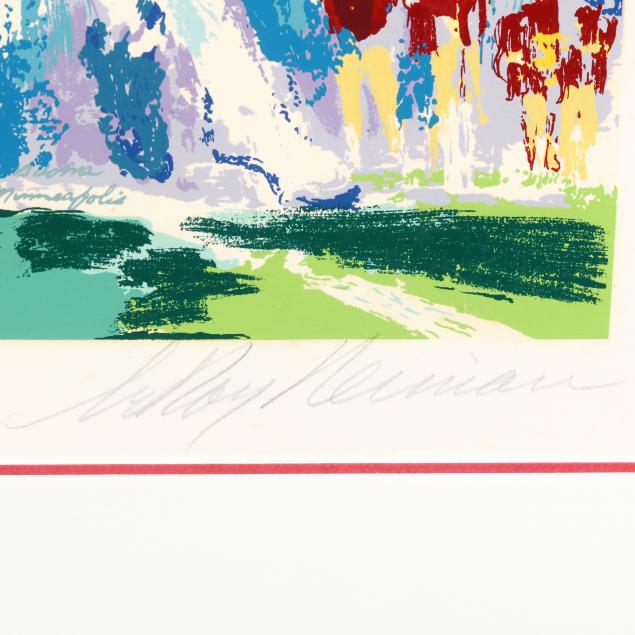 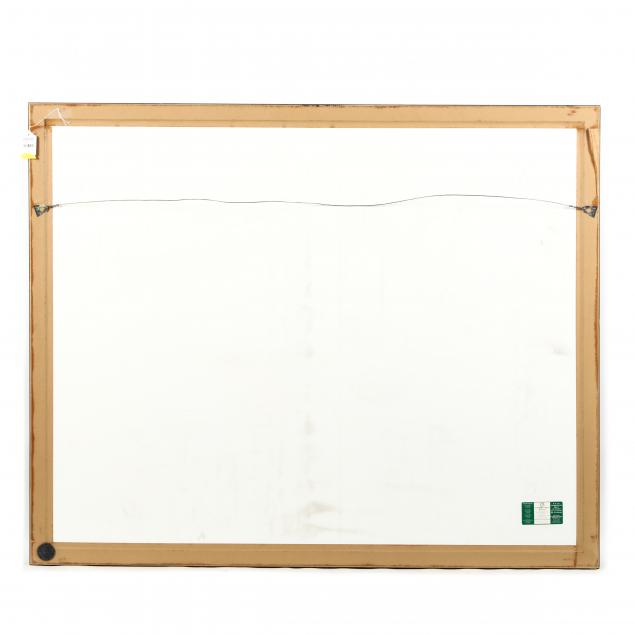