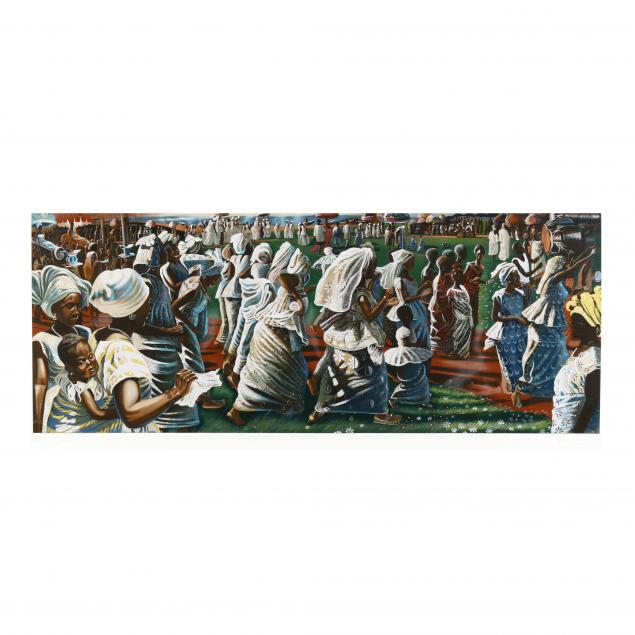 Born in Gastonia, North Carolina in 1924, John Biggers was one of the most significant African American artists of the 20th century. He enrolled at Hampton University in Virginia - then Hampton Institute - where he planned to study plumbing, but after taking a class taught by the influential art educator Viktor Lowenfeld, his concentration shifted. Artistic highlights of his experience at Hampton Institute are inclusion of work in the 1943 Museum of Modern Art exhibition, Young Negro Art, a compilation of selected works by Hampton students. Biggers also became friends with fellow students and artists, Elizabeth Catlett and Charles White.

Biggers was drafted for the US Navy in 1943, which at the time was still segregated, so he was stationed at Hampton and created preparatory military models for training purposes. Upon leaving the army, he transferred to Pennsylvania State University where he completed his Ph.D. in Art Education. He went on to accept a faculty position at Texas State University for Negroes in Houston (now Texas Southern University), where he founded and chaired the Art Department until his retirement.

Biggers was one of the first black American artists to visit Africa in 1957 through a UNESCO fellowship. During his time there he completed Jubilee: Ghana Harvest Festival, a tempera and acrylic masterpiece that currently resides at the Museum of Fine Arts, Houston. It depicts a festival, or a durbar, that is held annually in Ghana to celebrate the passage of the seasons and the harvest. The print offered here is a similar screenprinted version of this famous painting.

Faint toning at points of hinging; otherwise good overall condition; not examined out of frame. 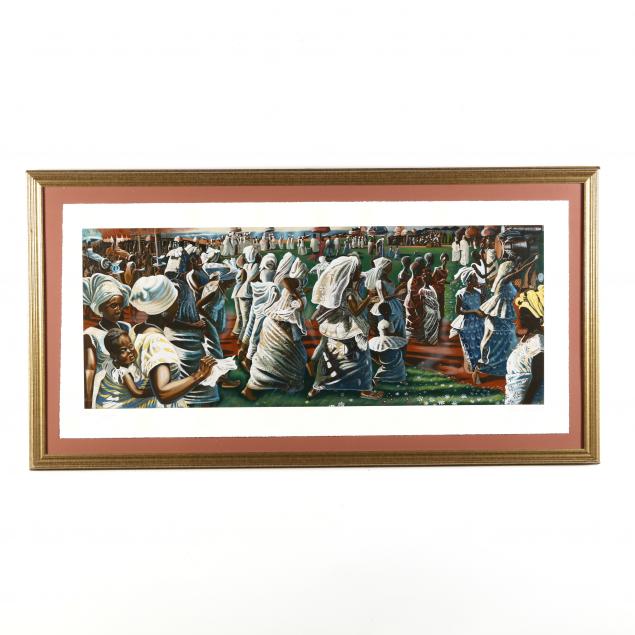 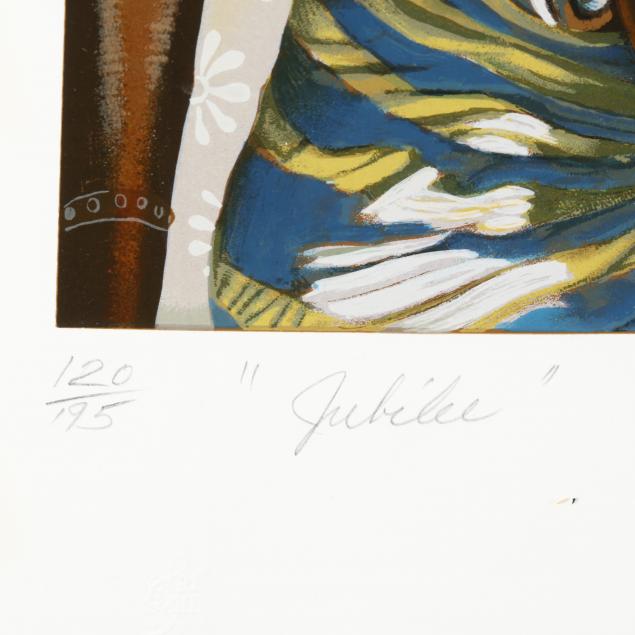 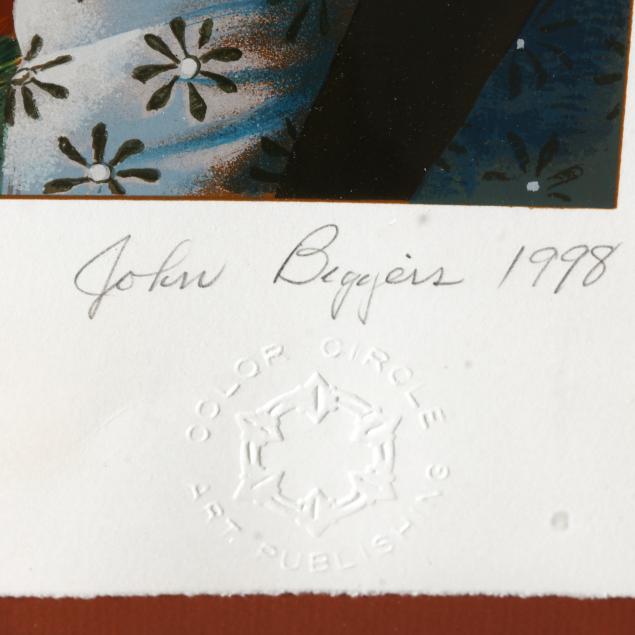 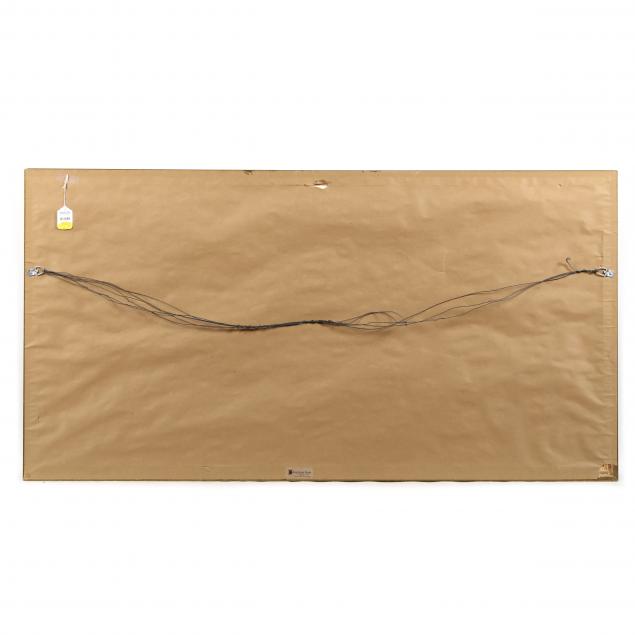