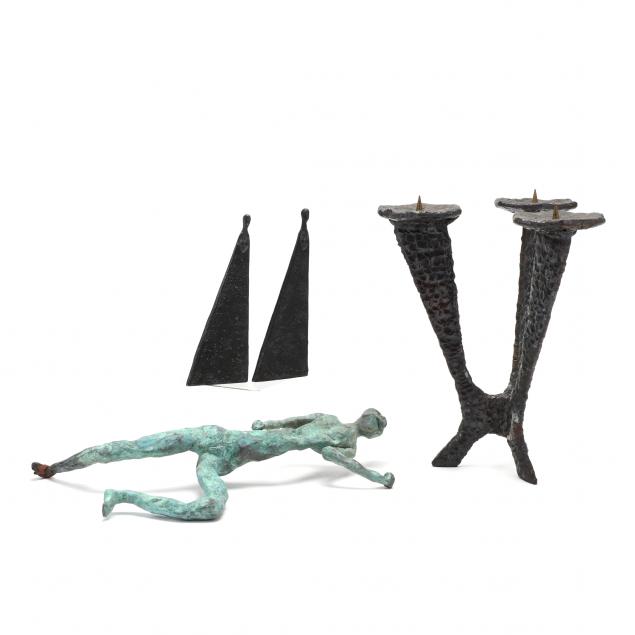 The bronze figure was once mounted from the lowest foot (now detached and lacking the supportive base); some corrosion to copper candelabra. 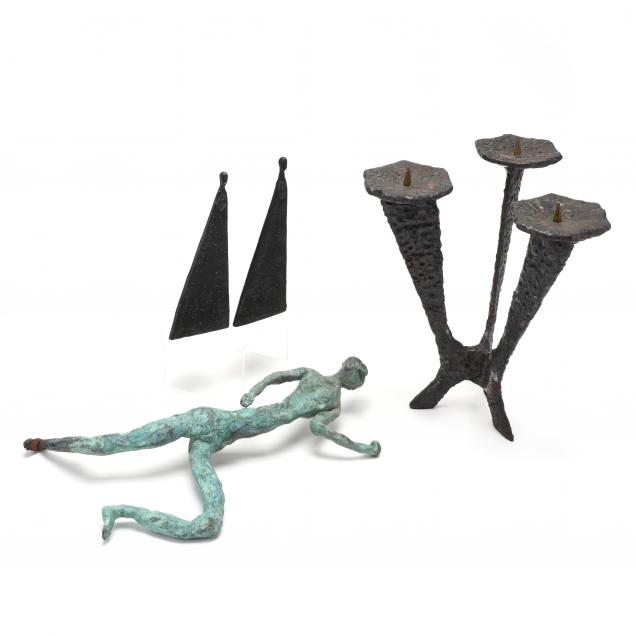 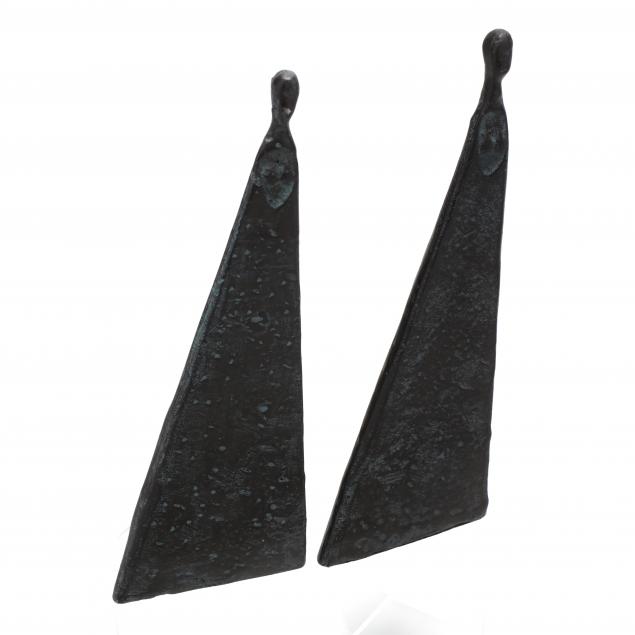 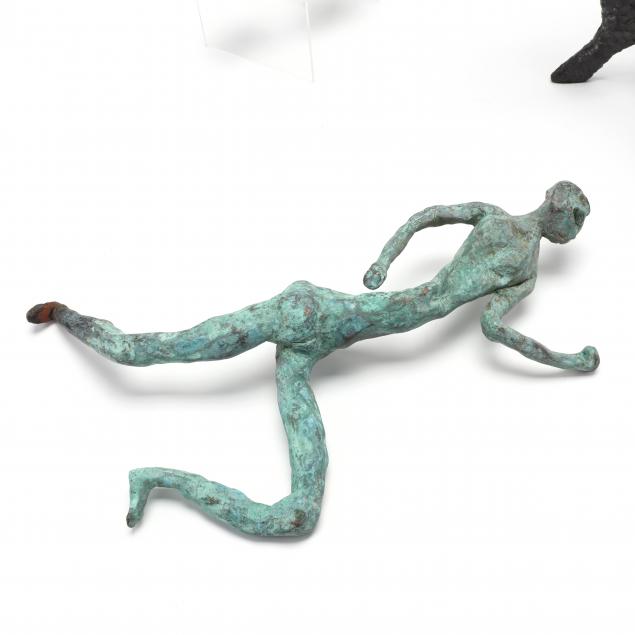 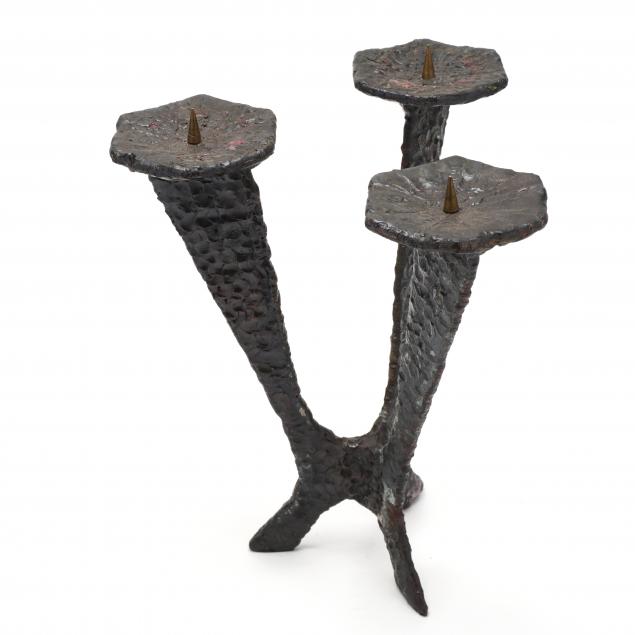 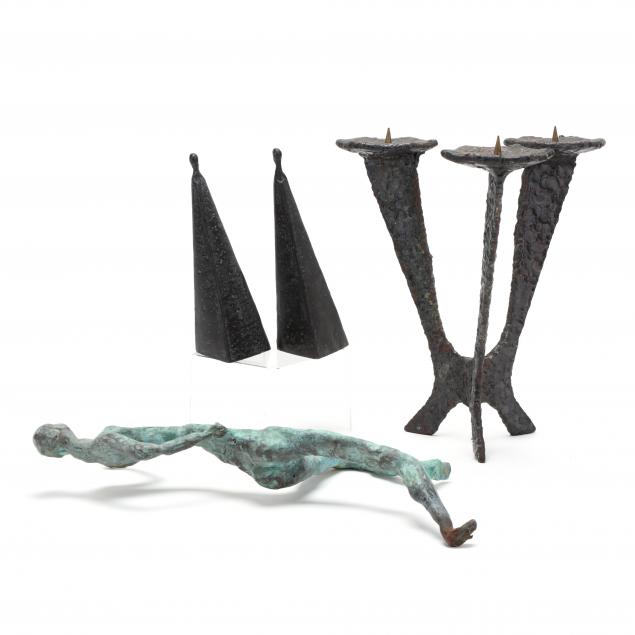 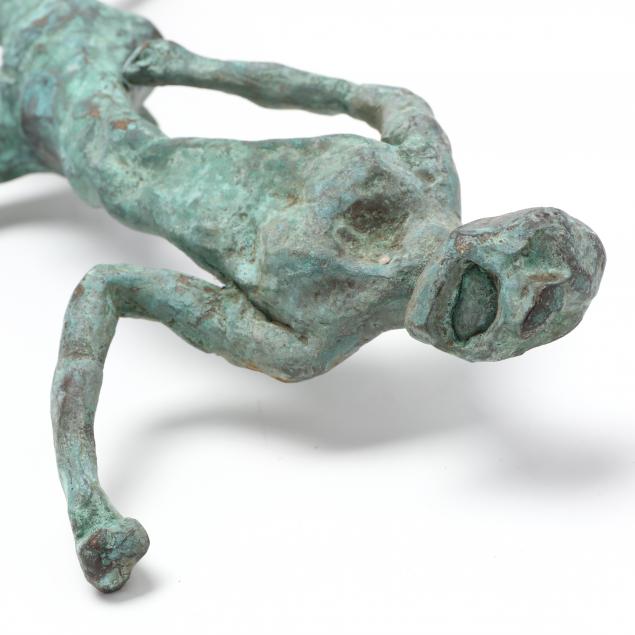 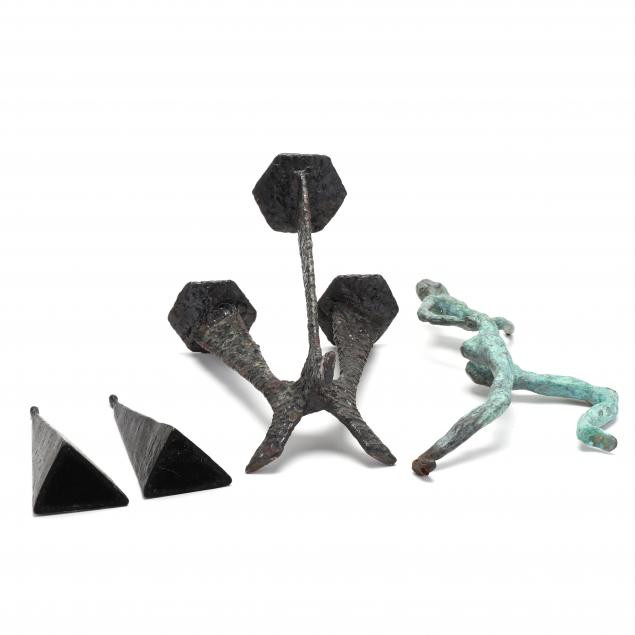