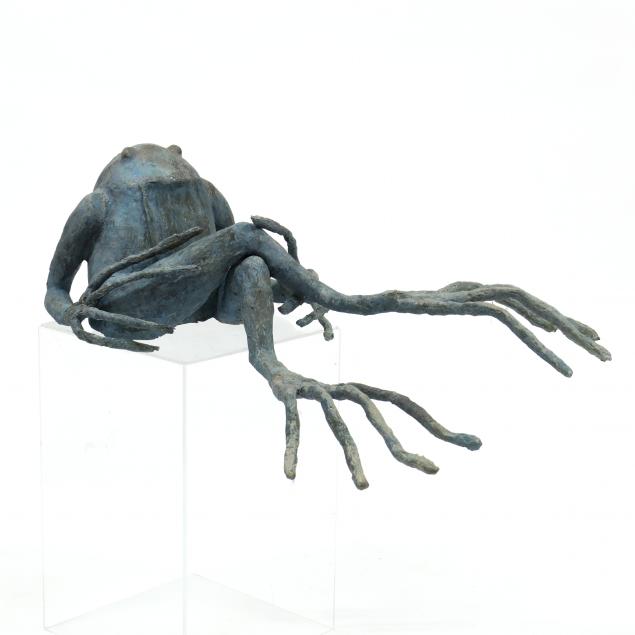 Purchased from the artist, a friend of the consignor.

Escalante first attended the National Center for the Arts, Mexico, and in the mid 1980s she continued her eduction in sculpture at the National Academy of Design in New York. She has exhibited in the Latin American Painting and Sculpture Exhibition of Galería Espacio (San Salvador) from 1990 to present, and was awarded the first prize at the V International Sumi-e Exhibition-Competition in 1987 (New York). Her work can be found in public San Salvador spaces as well as private collections in Europe and America.

Verdigris and signs of outdoor use; stable crack to the underside of one leg. 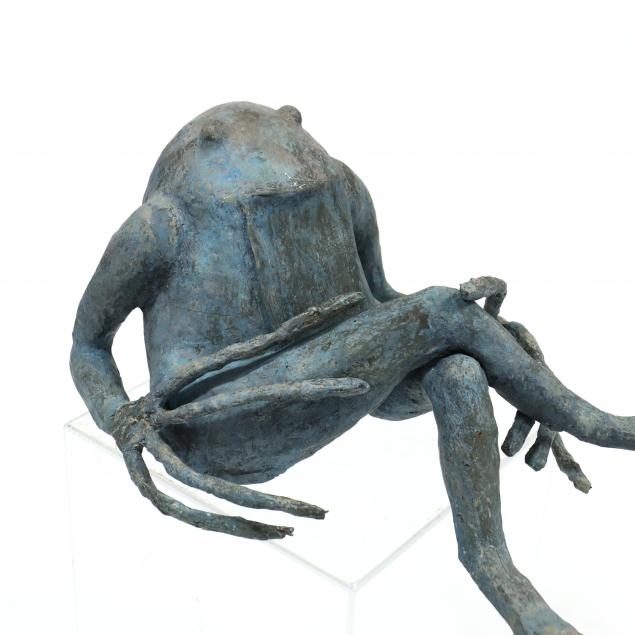 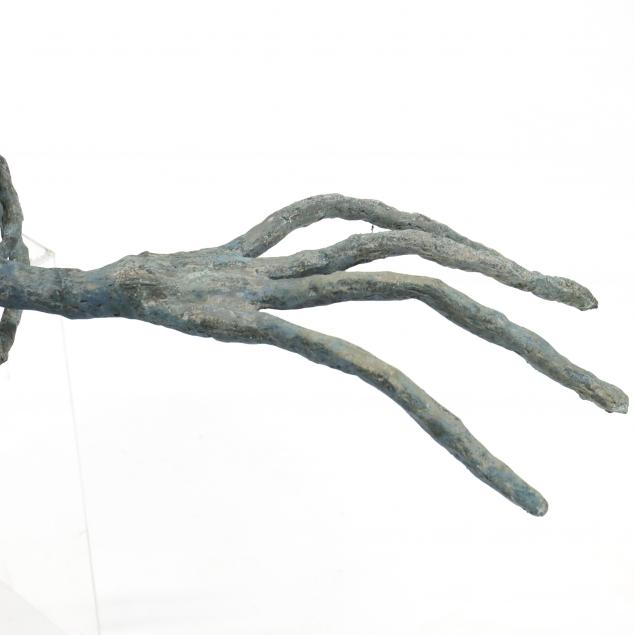 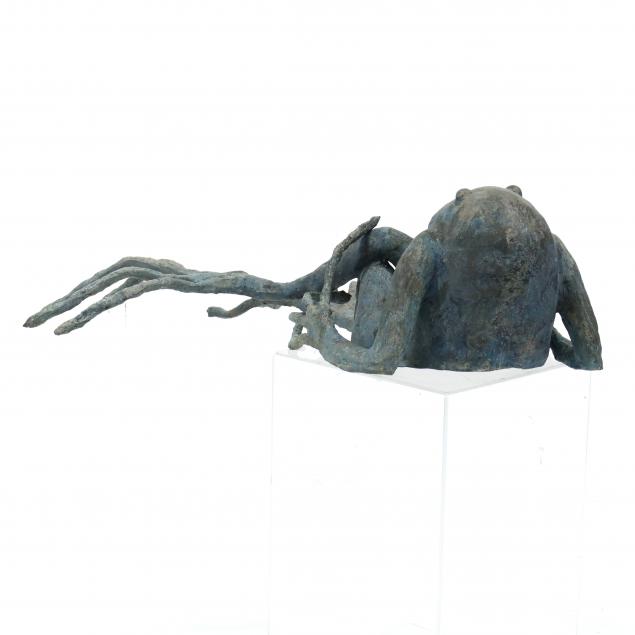