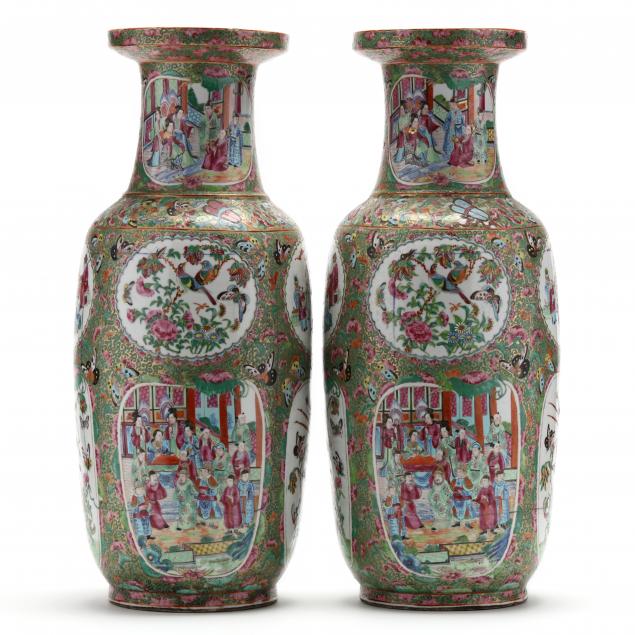 Lot 213
A Pair of Chinese Export Porcelain Rose Medallion Rouleau Floor Vases
Lot Details & Additional Photographs
19th century, porcelain hand painted in the Rose Medallion style with polychrome enamels and gilt, the body of the vase with four large gourd shaped registers with smaller oval medallions above and two more gourd shaped registers encircling the neck, all registers with painted decoration alternating between scenes of noble figures gathered in decadent surroundings or with birds and flora, registers surrounded by gilt ground with pink peonies, green scrolling vines, and butterflies, with an unusual overglaze blue outline on each vase as if considered for a different pattern, marked with an apocryphal four character Xuande mark to underside of each.

Some label remnants; some nicks and losses to both at rim; hairline cracks to underside of each vase; one vase with repair on foot rim. 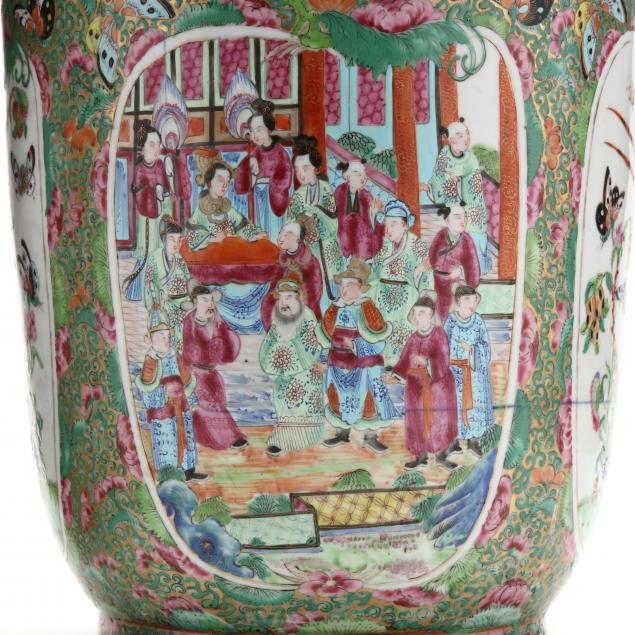 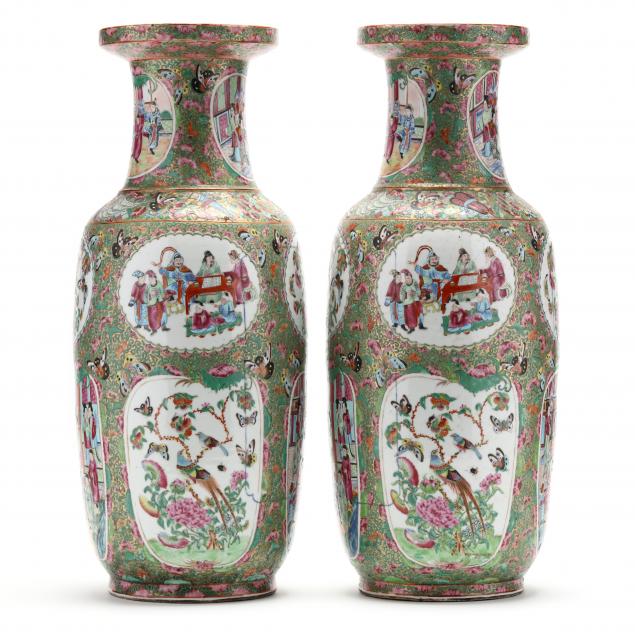 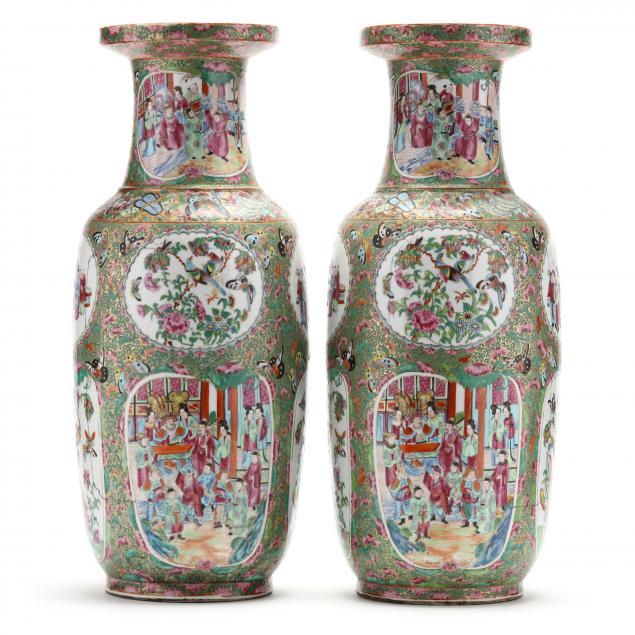 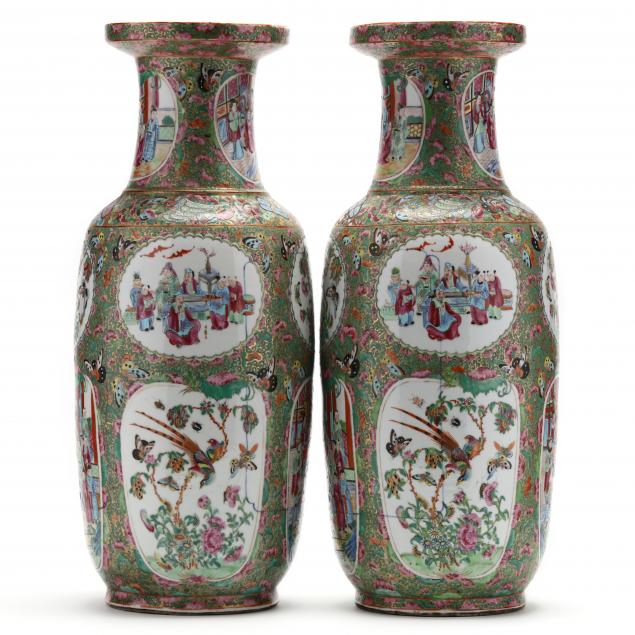 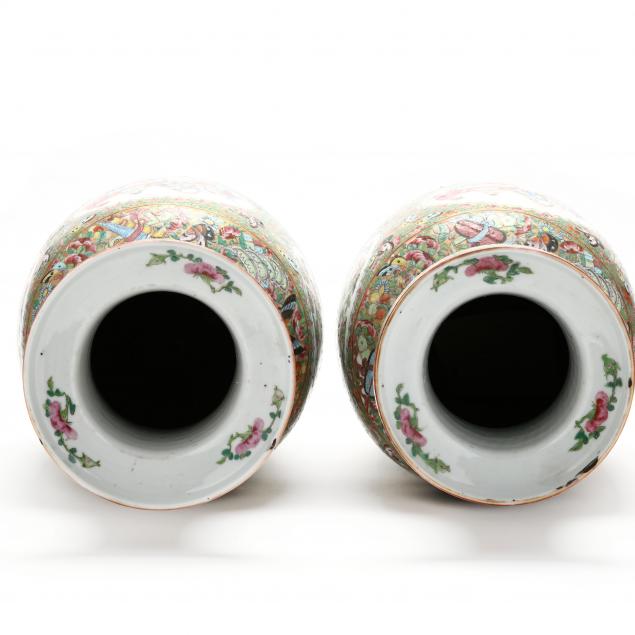 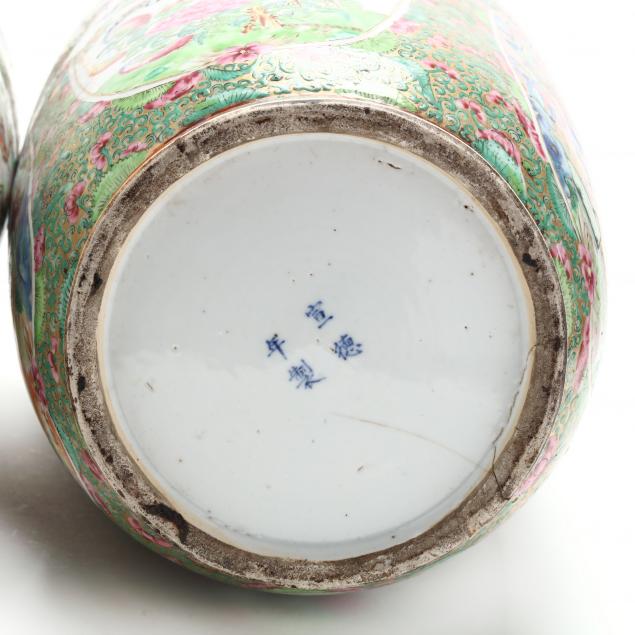 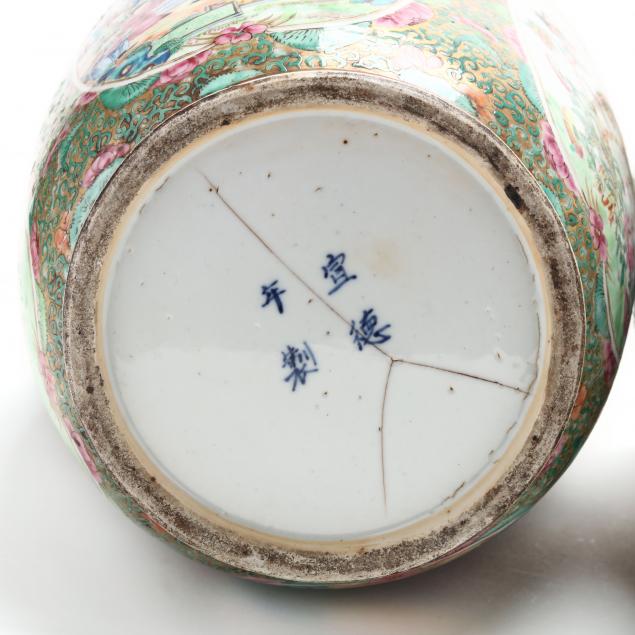 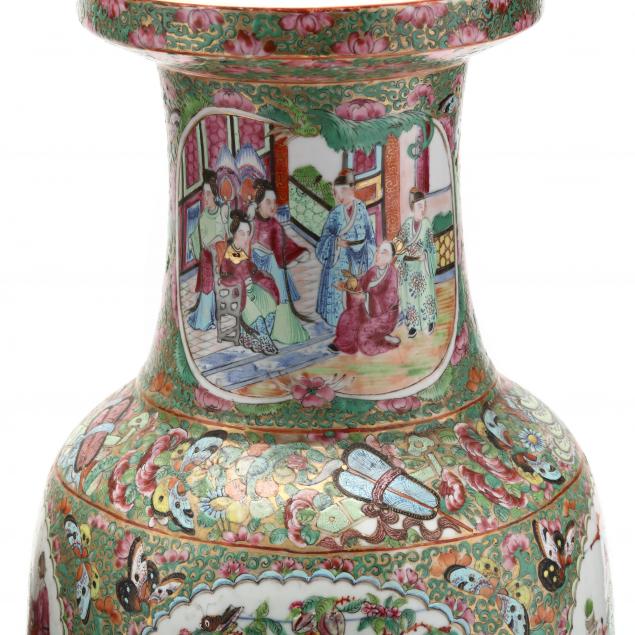 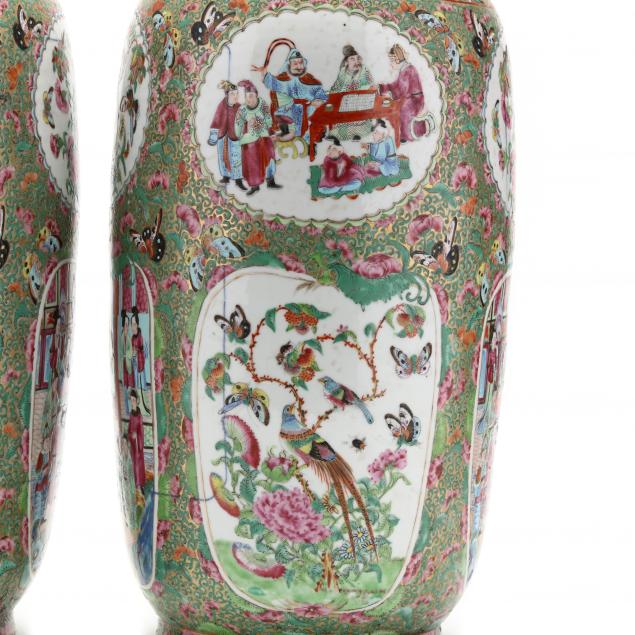 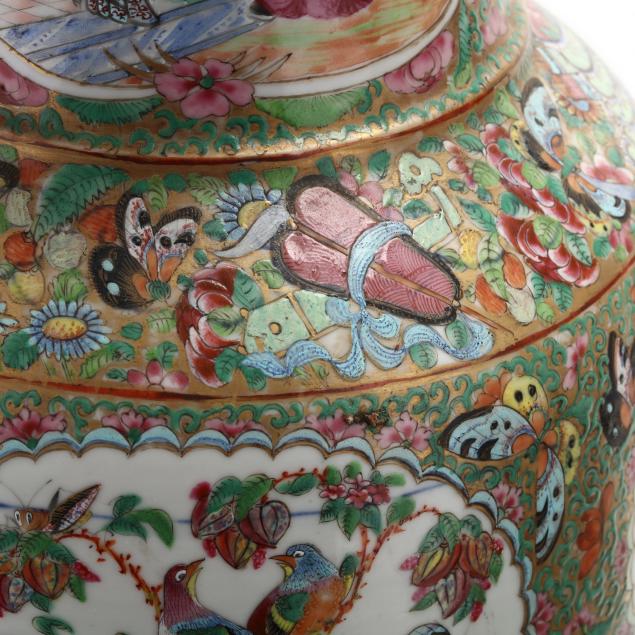 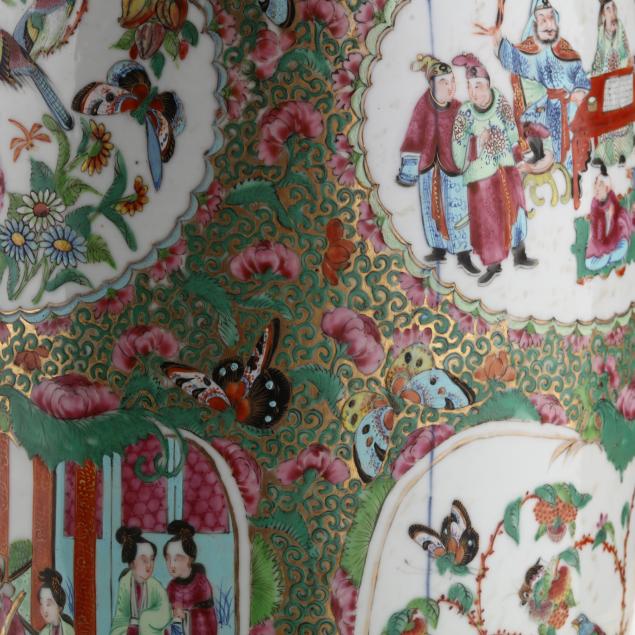 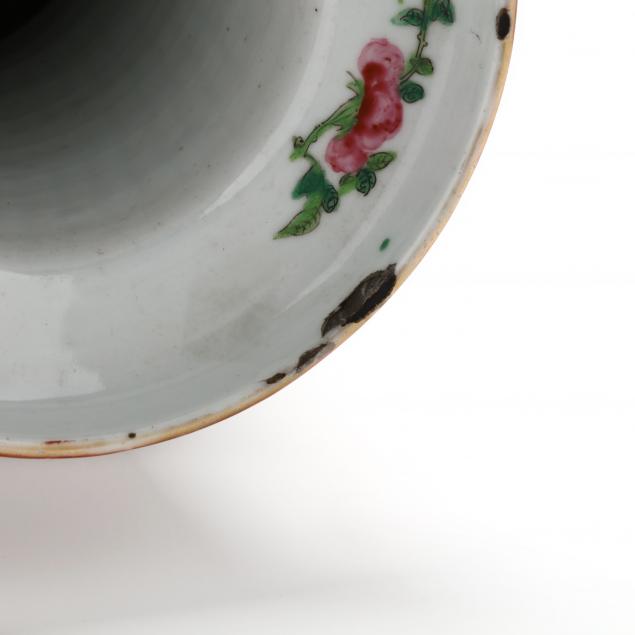