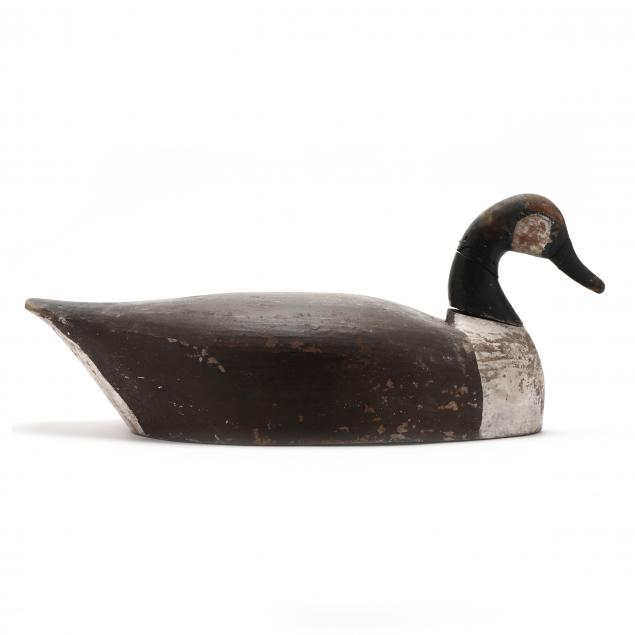 Lot 2038
Eldon Willis and Elmer Salter Goose
Lot Details & Additional Photographs
Eldon Willis (1908-1981) and Elmer Salter (1902-1964), Stacy, North Carolina. This exceptional goose was made and used in their famous original 1928 rig. This decoy is extremely heavy and several collectors/historians believe that this decoy was made from the mast and spar of the schooner named Catherine James, which was salvaged in 1928 by Charles Wallace Fulcher. This schooner hit the beach just off of Atlantic, North Carolina. 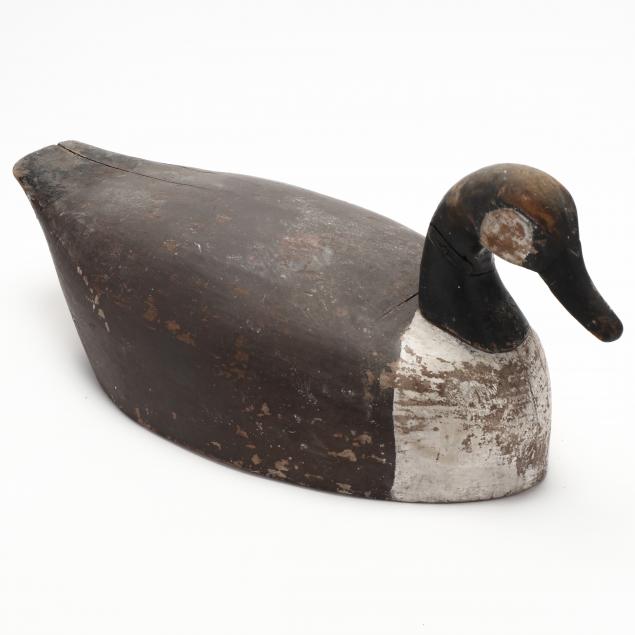 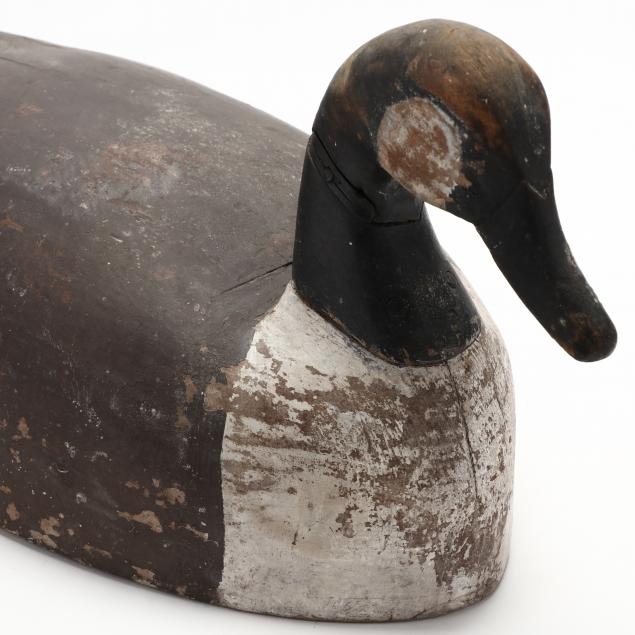 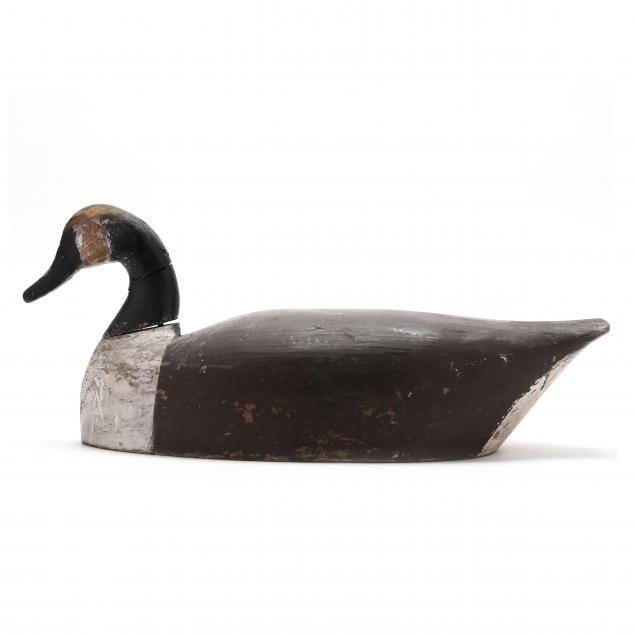 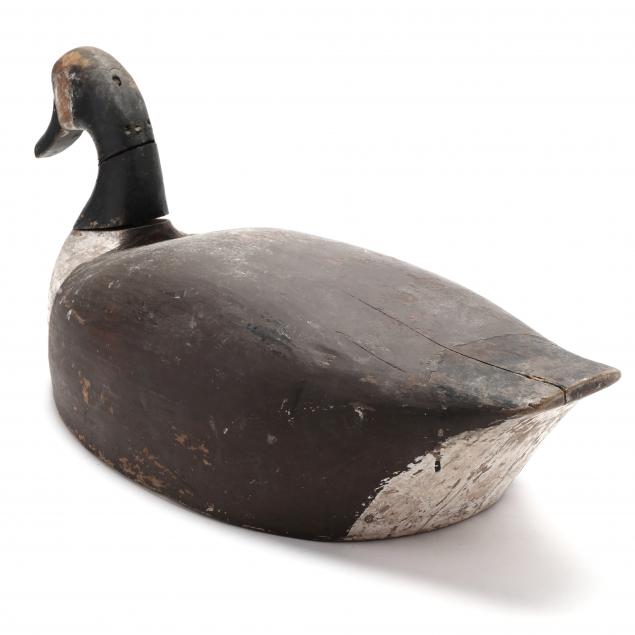 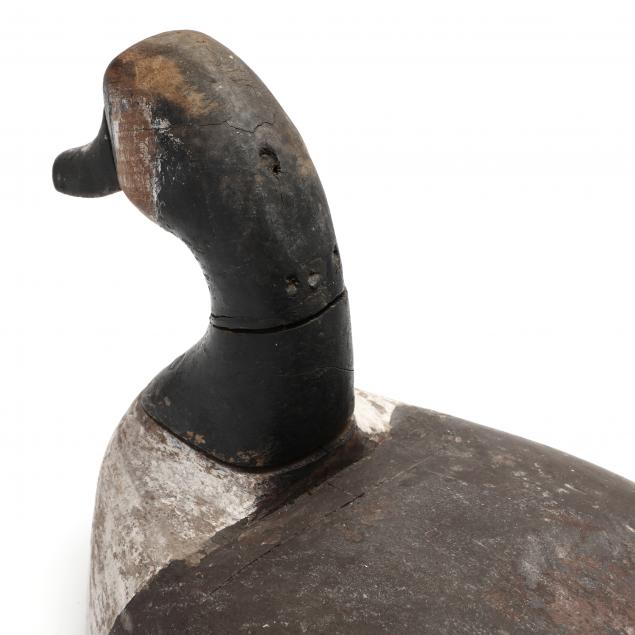 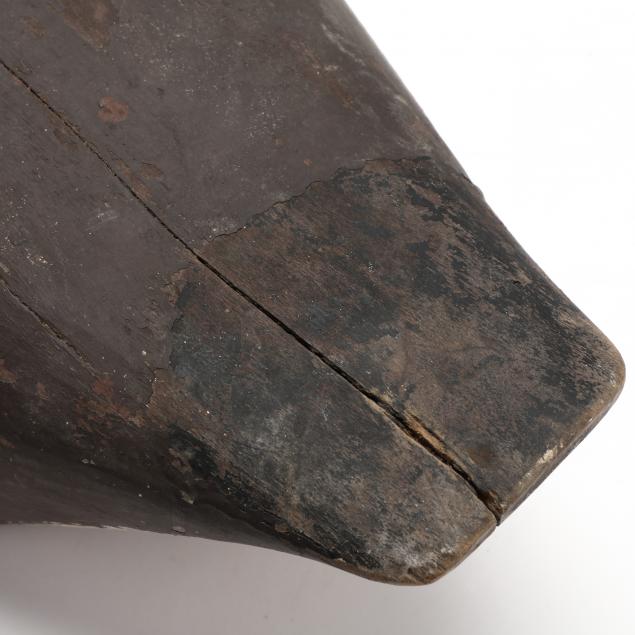