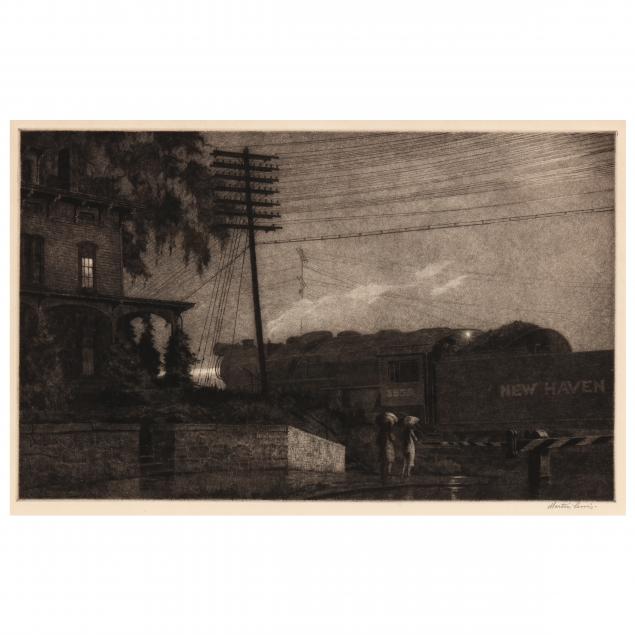 Martin Lewis is one of the most celebrated of the early twentieth century printmakers, known for his moody and alluring scenes as well as his mastery of lights and darks through etching. He depicted urban views of the 1920s and 30s in New York City that often evoke a film noir atmosphere. Lewis' works remain some of the most highly collected of the early twentieth century.

Overall good condition and a nice impression; slight toning; very small moisture stain beneath signature; not examined out of frame. 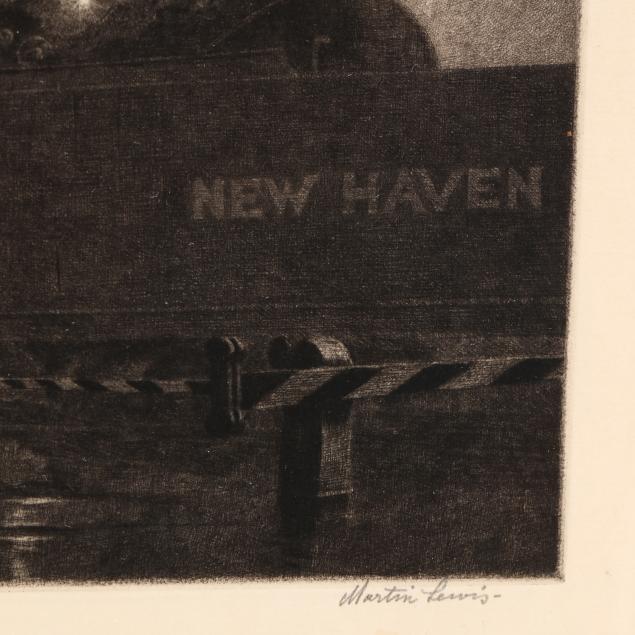 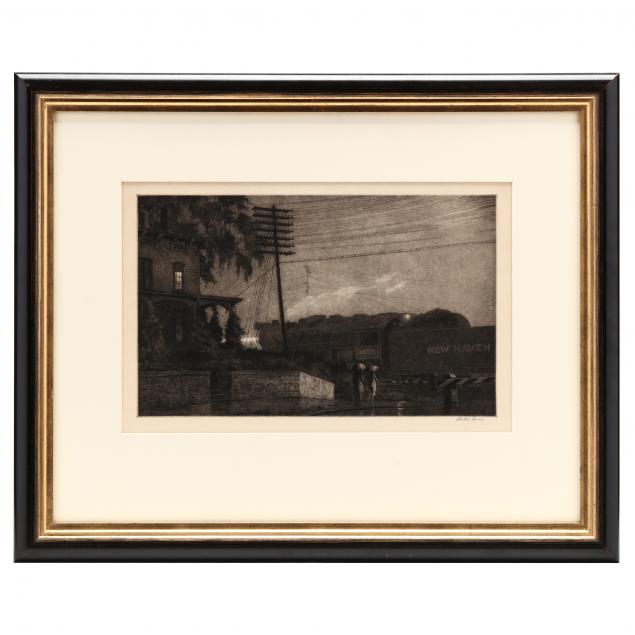