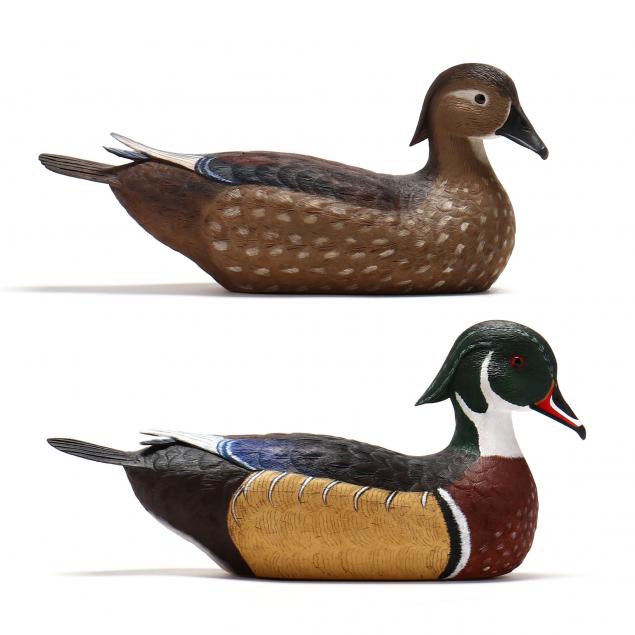 Lot 2003
Curt Salter, Wood Duck Pair
Lot Details & Additional Photographs
Curt Salter (1928-2013), Harkers Island. Mr Curt was one of the original seven men who formed the Core Sound Decoy Carvers Guild in 1987. The current Guild building is named after him. This composed pair of woodies display his command of both knife and brush. They both have a slight turn of head to the right. 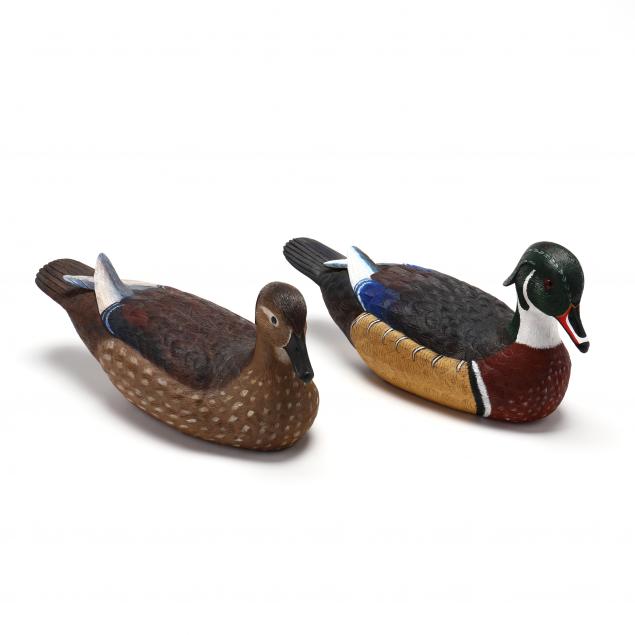 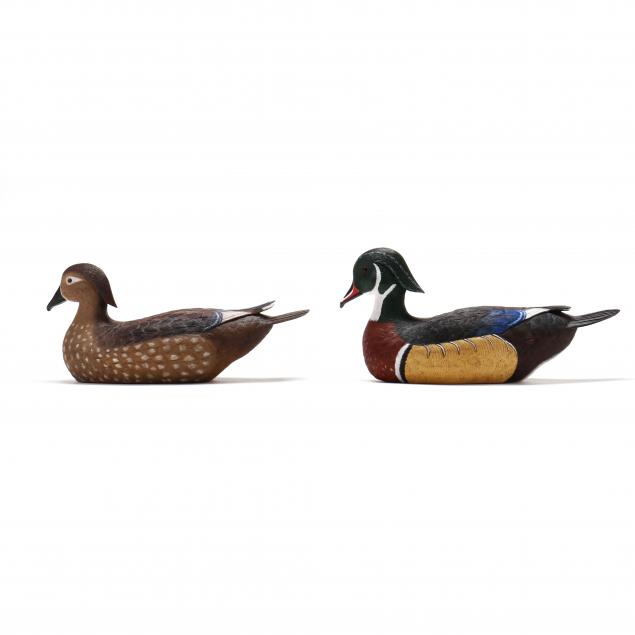 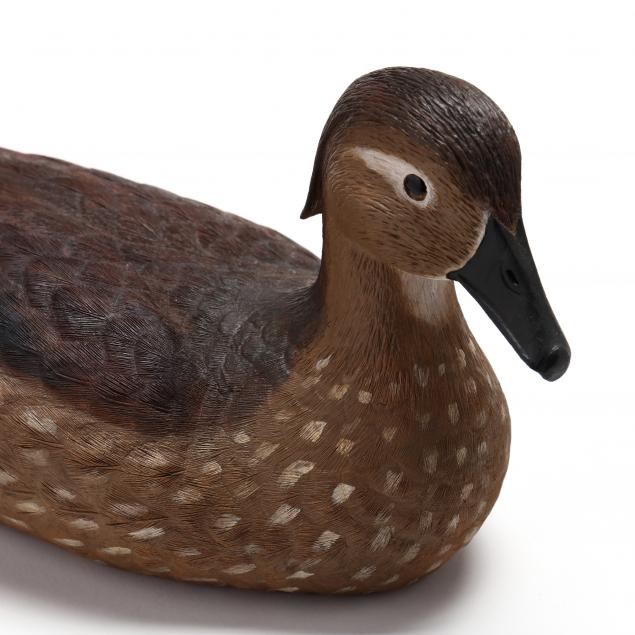 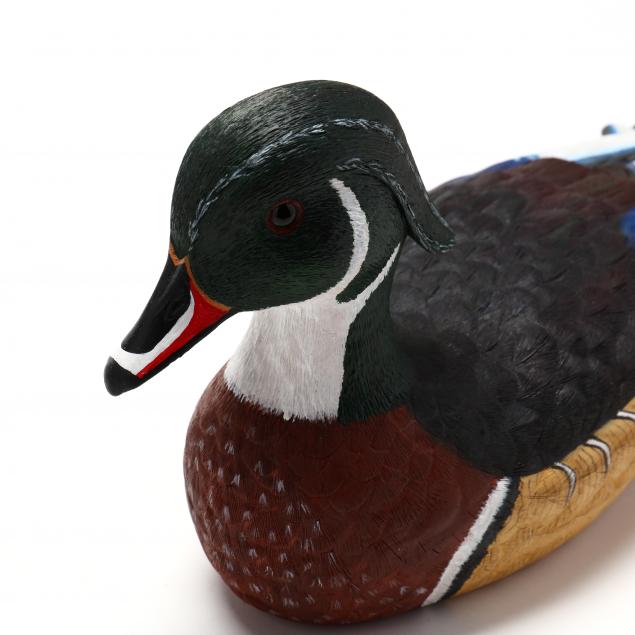 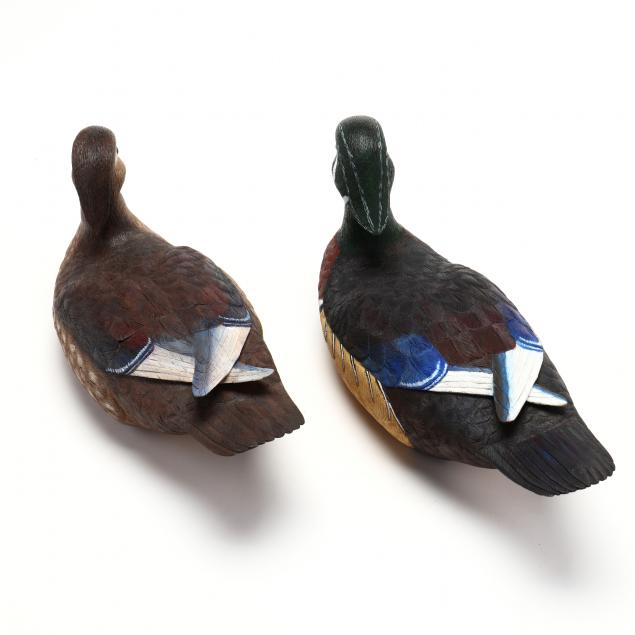 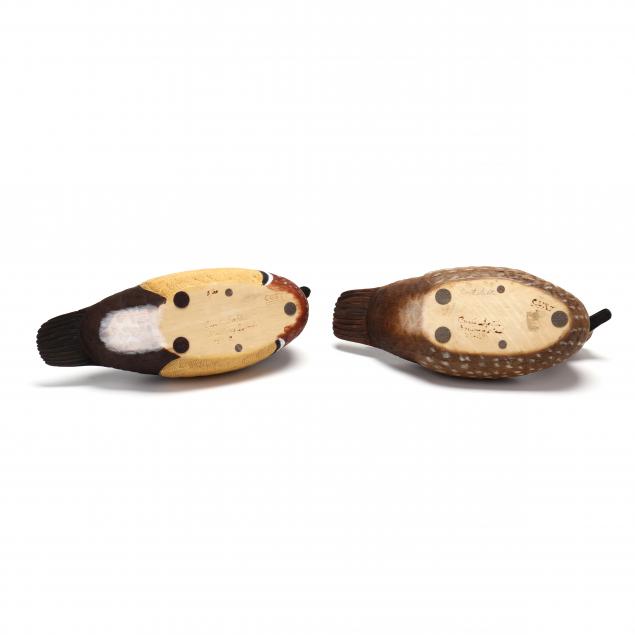 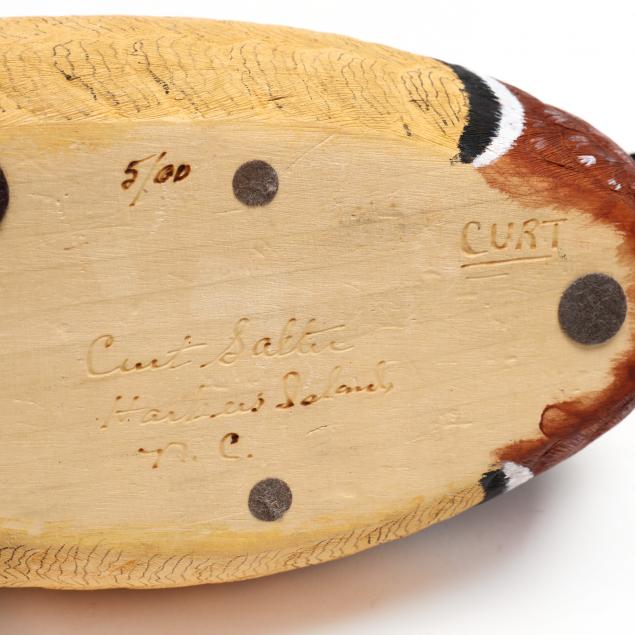 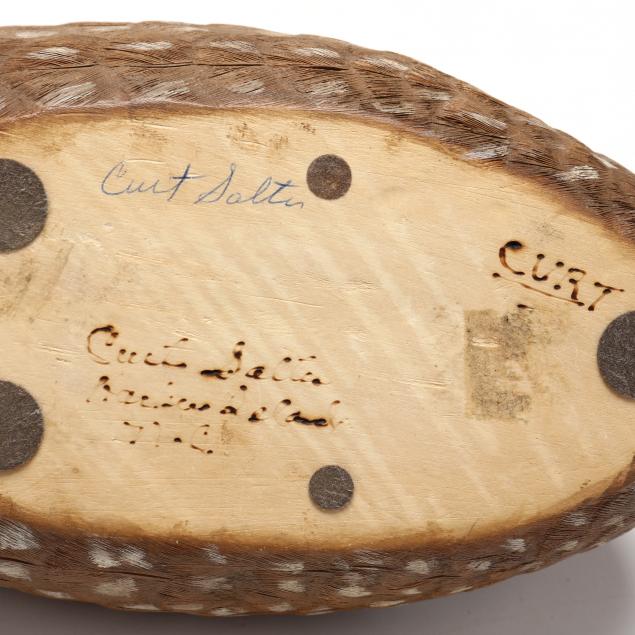