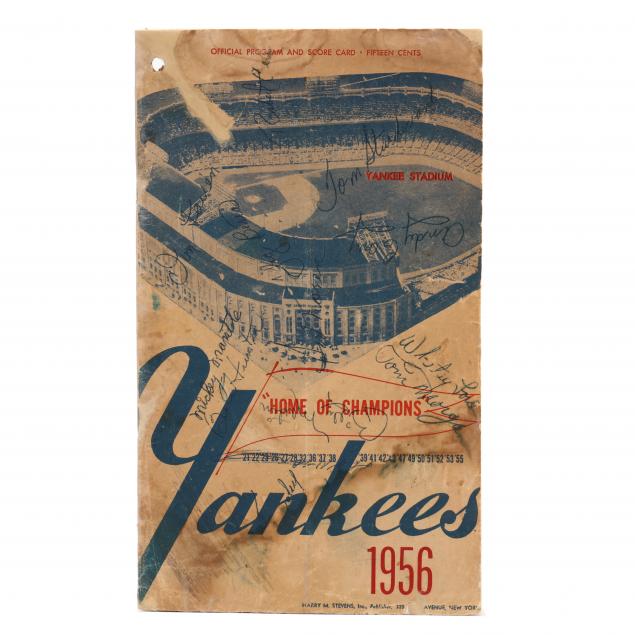 The original owner's 10th birthday present from his Dad was a surprise trip to a live New York Yankees vs. Boston Red Sox ballgame in May 1956. Referring to that memorable event, he recalls, "It was my first visit to Yankee stadium as a kid, one of only two or three. I’ll never forget my first view of the field walking into the stadium; it was one of my life’s greatest thrills. There was a game in which I loudly requested a home run from Mantle and he obliged; it may or may not have been the scorecard game; though Mantle did hit a 9th inning home run in the May 29th game....got the autographs via Tom Morgan, a member of team who rented a house in my hometown, Ho-ho-kus, NJ. After attending the game, I bicycled over to his house with the scorebook and asked if he could get the guys to sign it. Kindly, and graciously, he did." From a private NC collection

Pierced for suspension in upper left corner; soiling to the cover; age toning; the signatures are generally bold, however the Scrowron and Turley signatures are partial; the program is intact and in overall good condition. This booklet was professionally treated and conserved in 2007. The conservator's report is included. 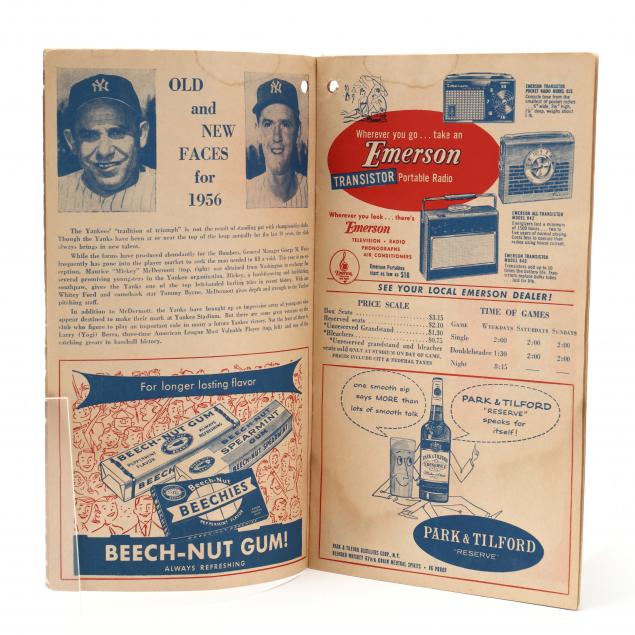 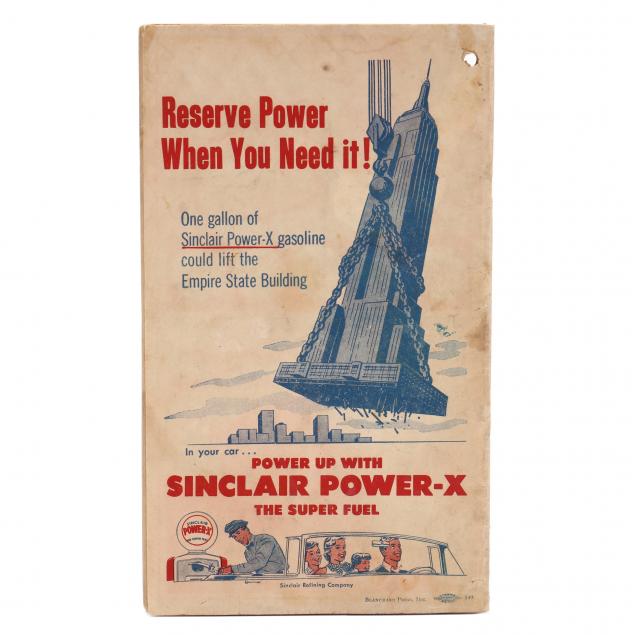 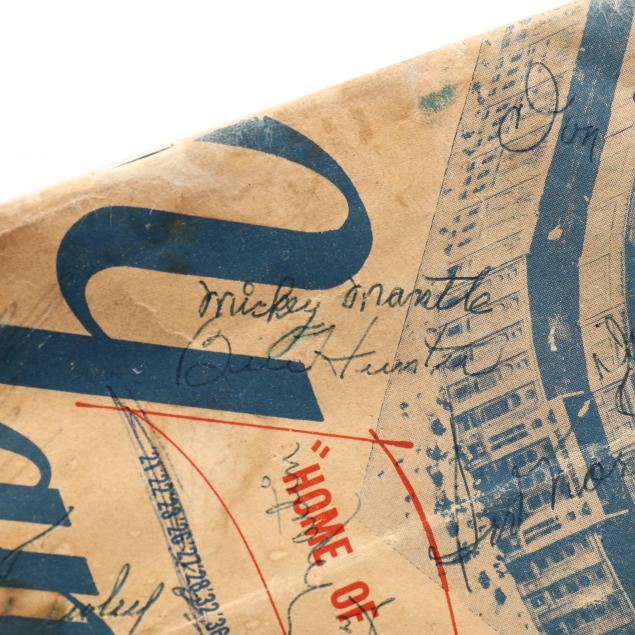 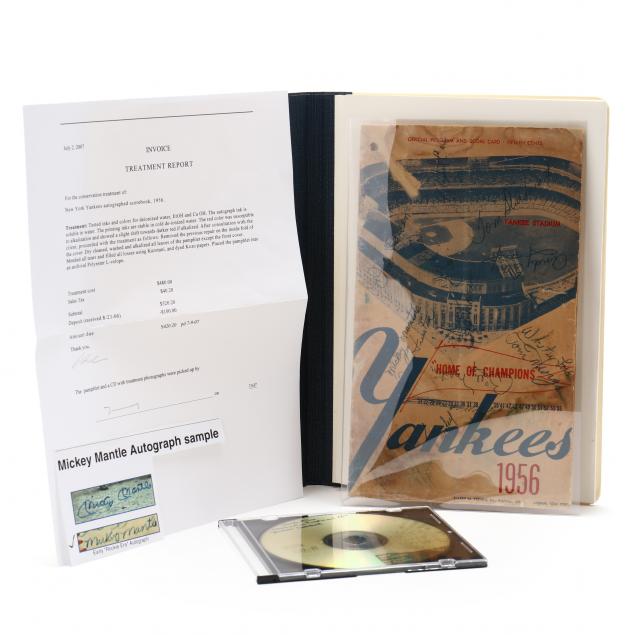