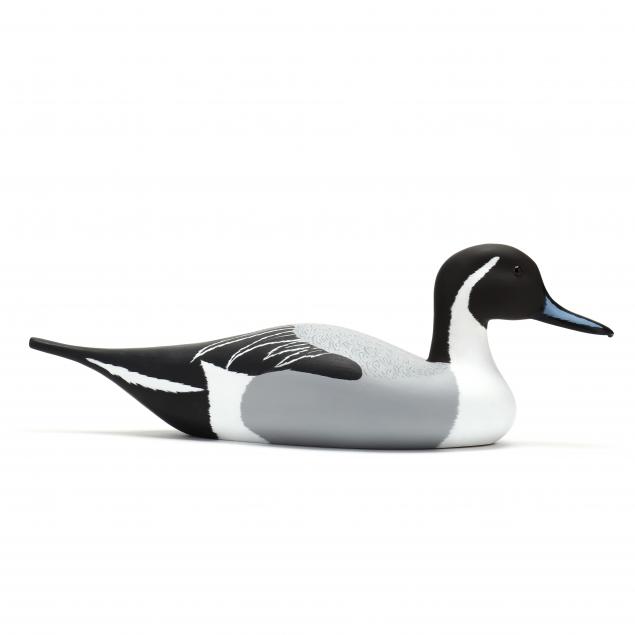 Lot 2001
Wayne Davis, Pintail
Lot Details & Additional Photographs
Wayne Davis, Harkers Island, North Carolina. Wayne was one of the seven original founding members of the Core Sound Decoy Carvers Guild. The idea to form a guild was hatched at his home with friends around a pot of clam chowder. Wayne and those six other men represent the seven founders known as, "The Original Seven." Our Southern decoy community owes them thanks. We will honor them in this event as the first seven lots will be by the hands of those fine men.
This pintail drake by Wayne Davis is stunning in regards to form and paint. It is signed and was crafted on the very island named after Ebenezer Harker. 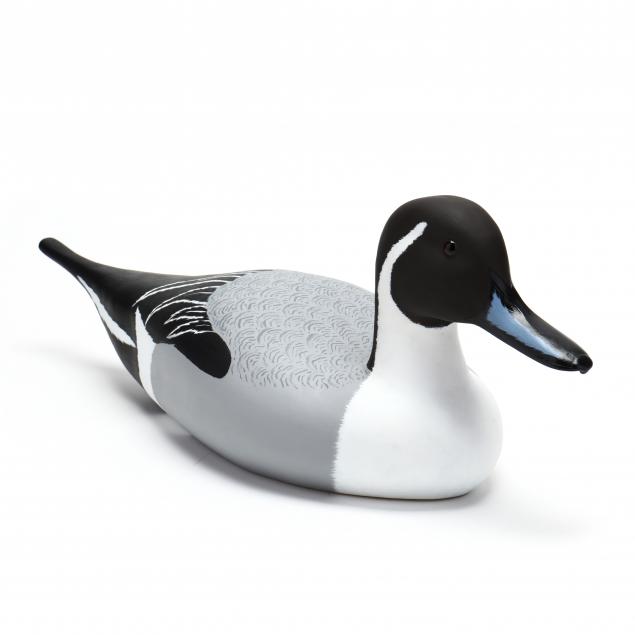 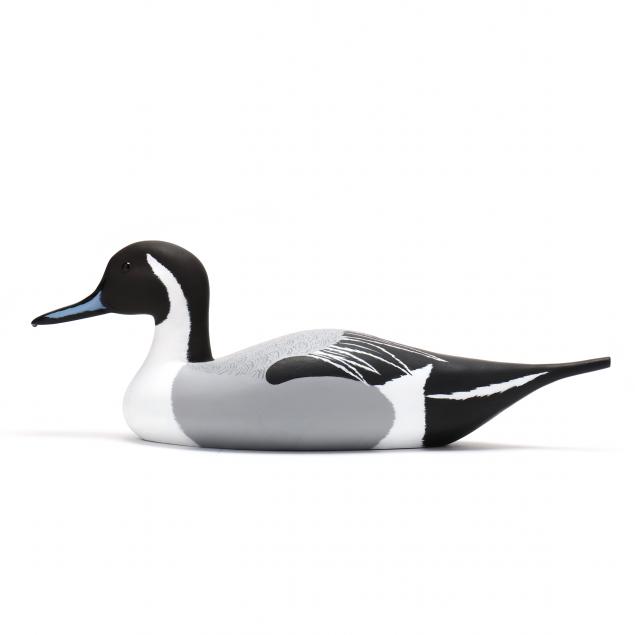 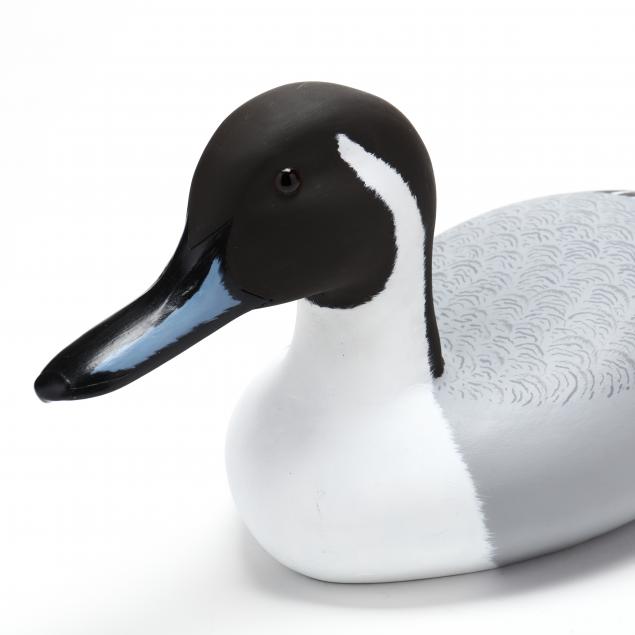 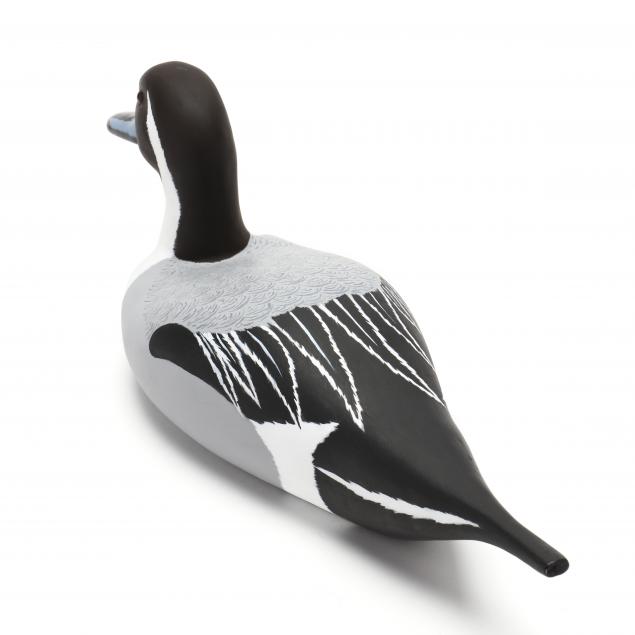 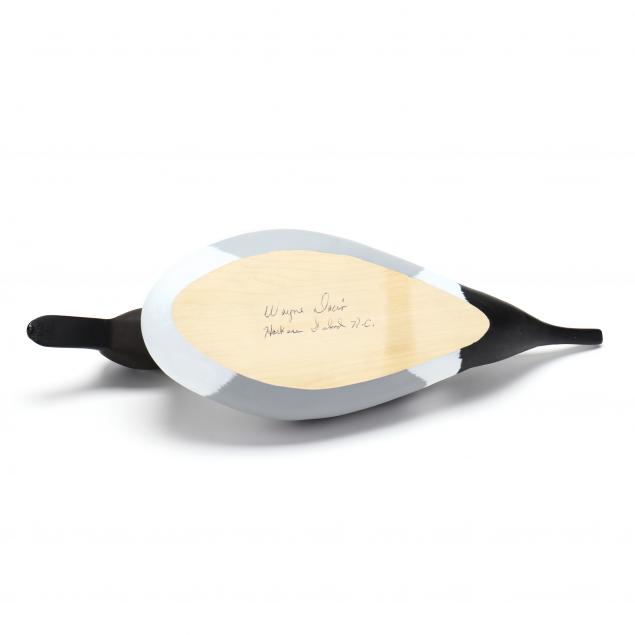 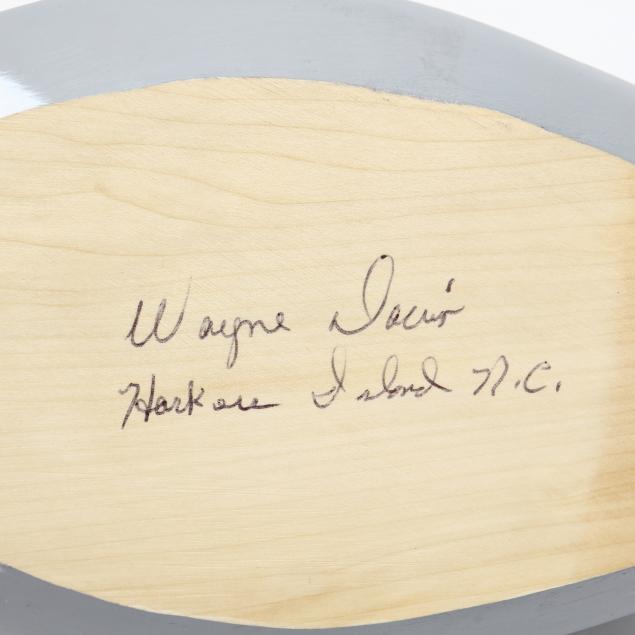