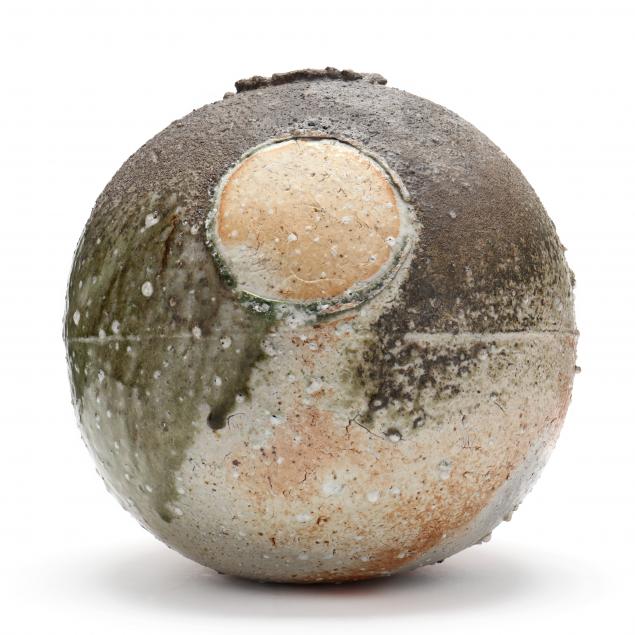 Lot 163
Shiro Tsujimura (Japanese, b. 1947), Moon Vase
Lot Details & Additional Photographs
Ash glazed orb, two halves joined in the center, Tsujimura has created a vase with a similar shape and construction to classic Korean moon jars of the Joseon period, but with an entirely Japanese feel, he has eliminated the foot giving the vase a smooth continuous curve instead, the traditional polished large mouth rim has been reimagined to a smaller more organic opening, he replaces the standard white glaze with colorful effects from the kiln that give the vase a sense of moment, on the side of the vase the circular moon appears soft and serene, comes together with the original custom tomobako wooden storage box inscribed and signed by the artist. 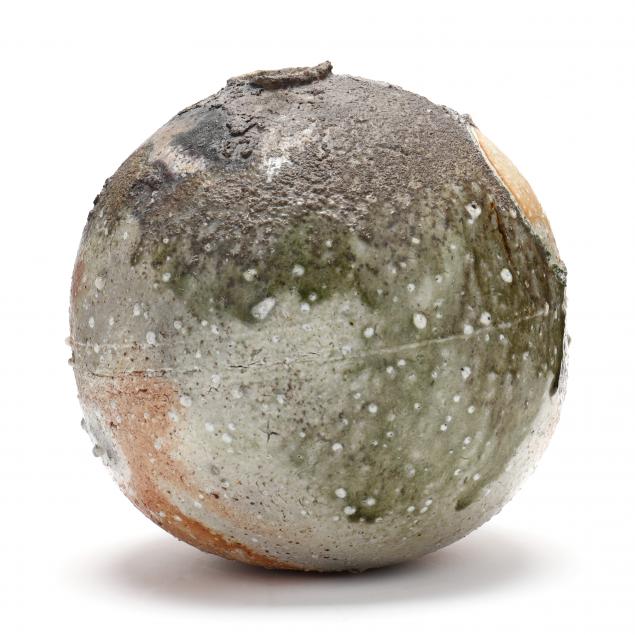 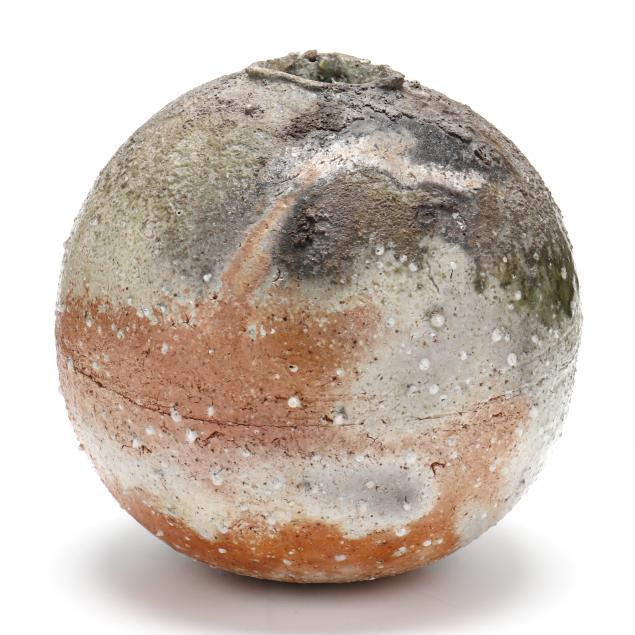 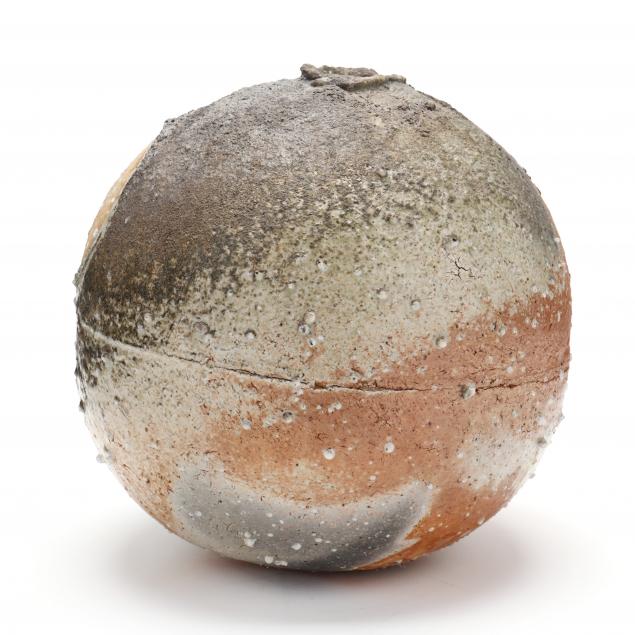 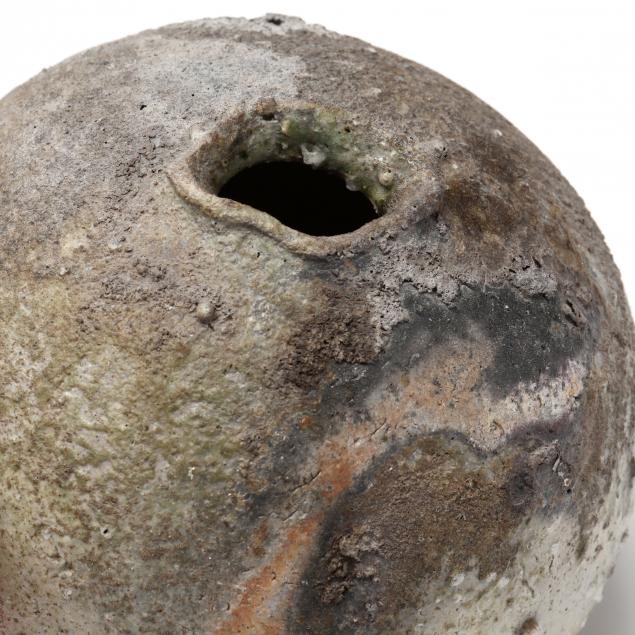 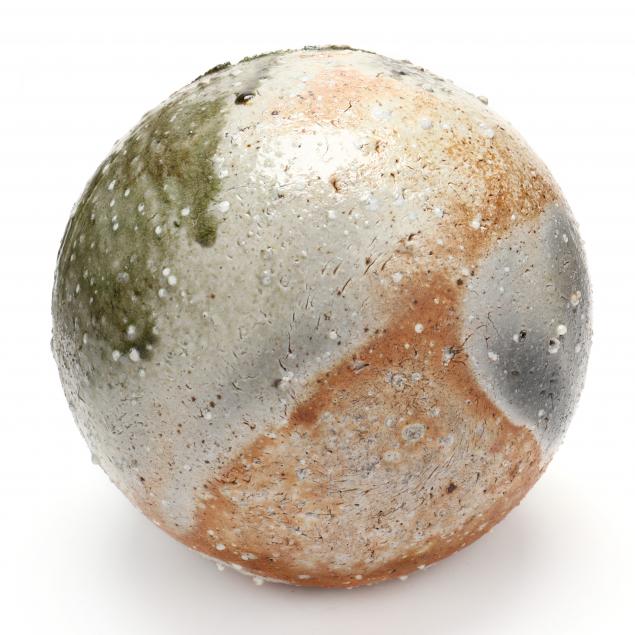 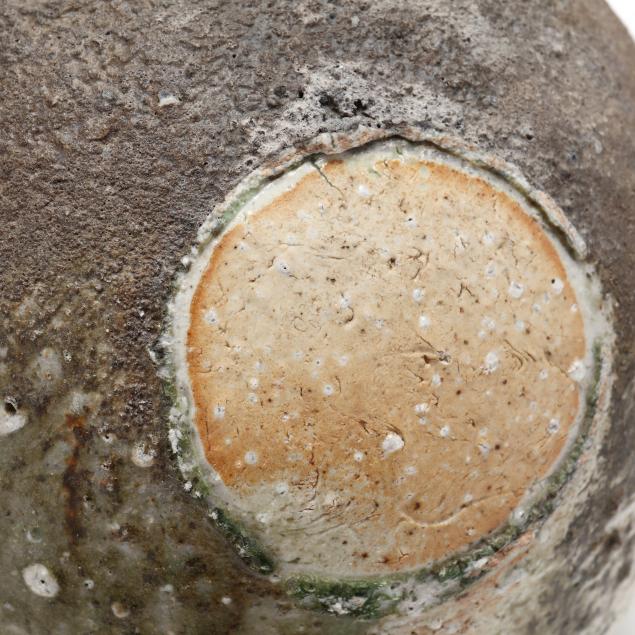 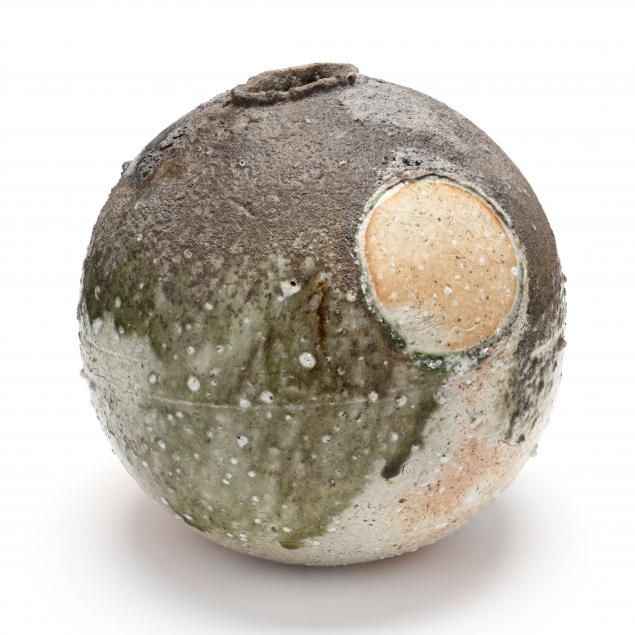 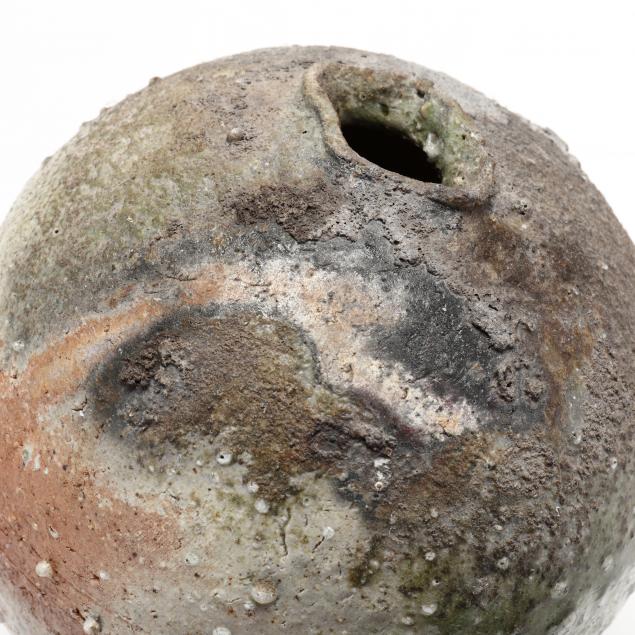 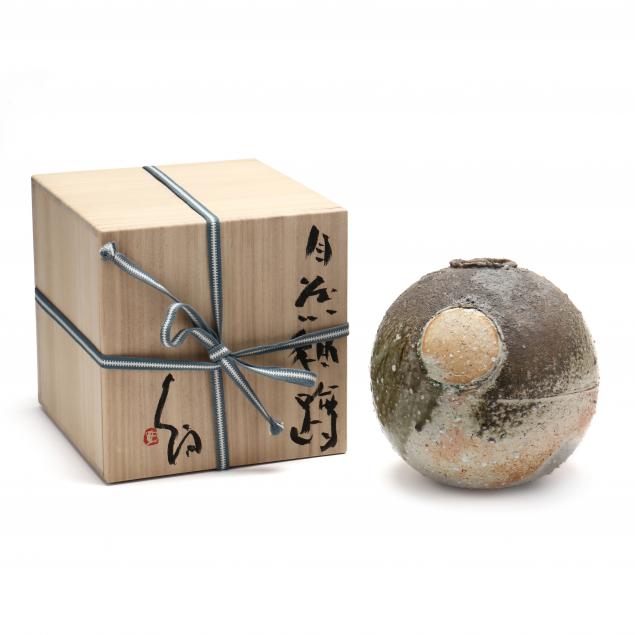 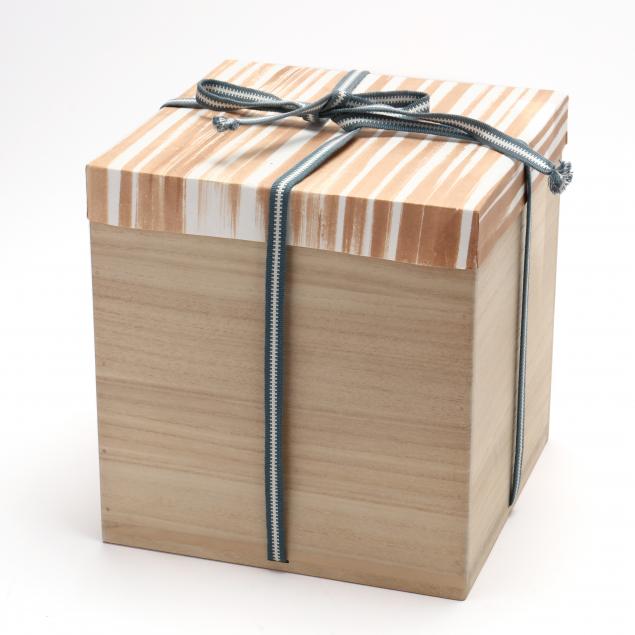