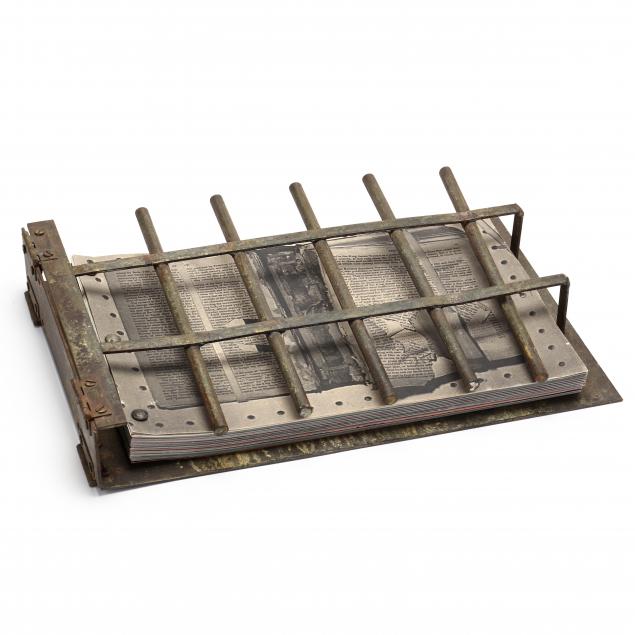 This is a collective presentation featuring works by Orleans Parish Prison Inmates and produced in workshops conducted by New Orleans artists. It is a limited edition commissioned by the Percent for Art Program, administered by the Arts Council of New Orleans and owned by the City of New Orleans.

The Note to the Reader is as follows:

This book explores the feelings and innermost thoughts of men, women, and boys who are locked up -- some fighting for their lives, others convicted, never to go home again.

Some of the selections are poems. Some are stories or paintings about past experiences or about something that has changed us, while we were here.

This book is serious and not play. A lot of hurt and pain is within these pages.

Please understand. And think about what you read.

Good overall condition; intentional age to steel and some to sheets, including one detached steel piece. 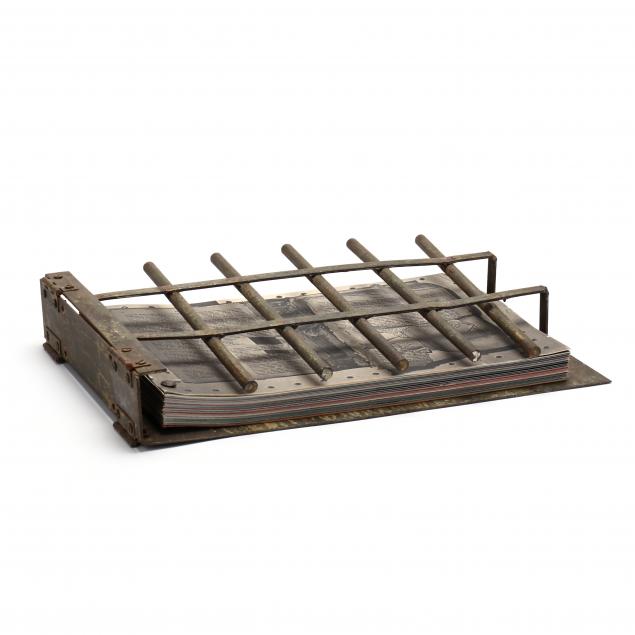 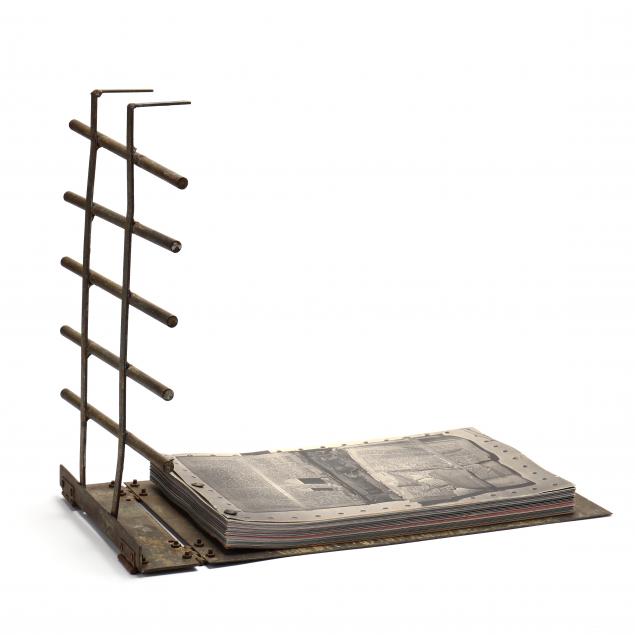 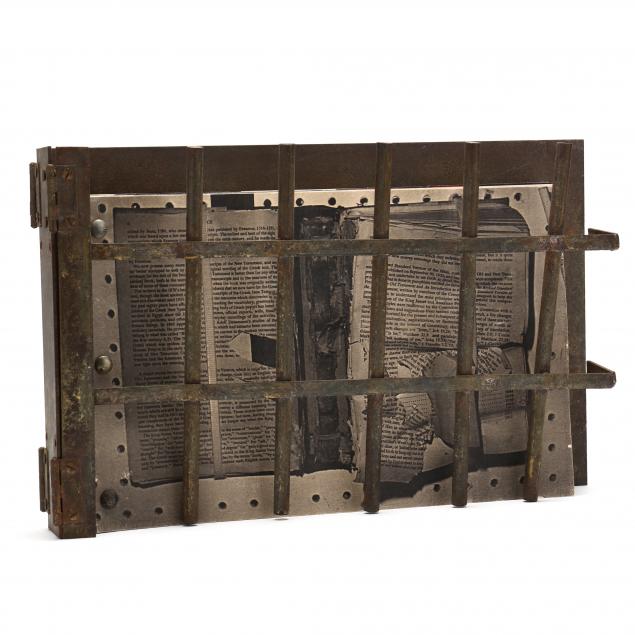 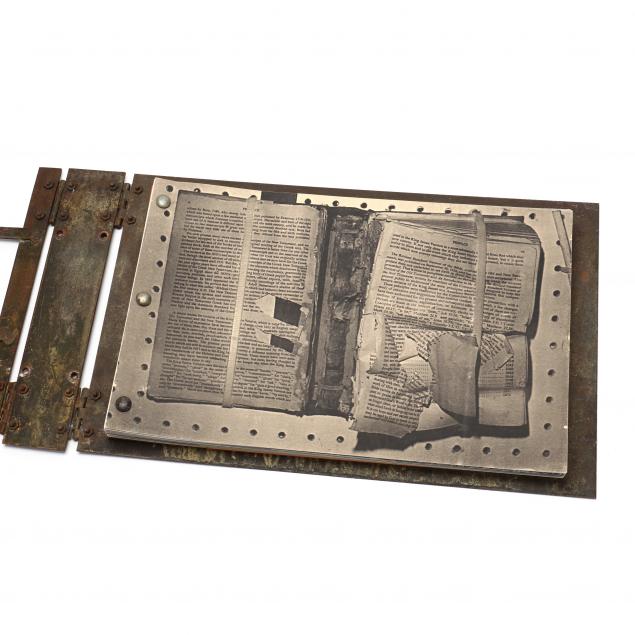 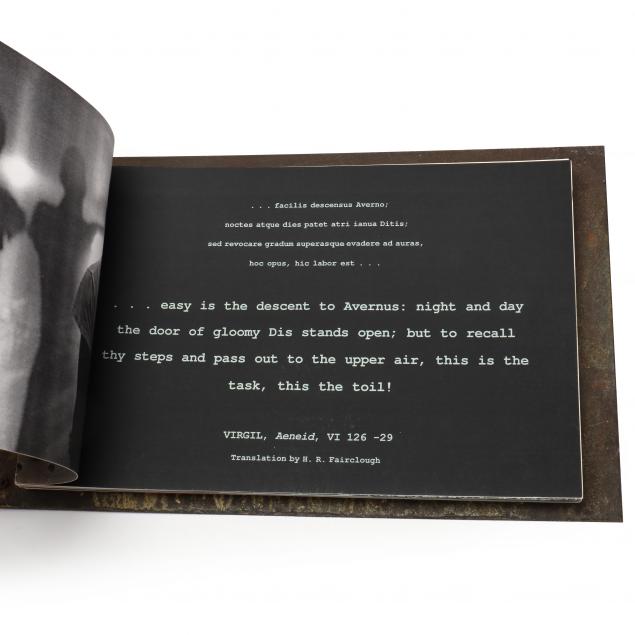 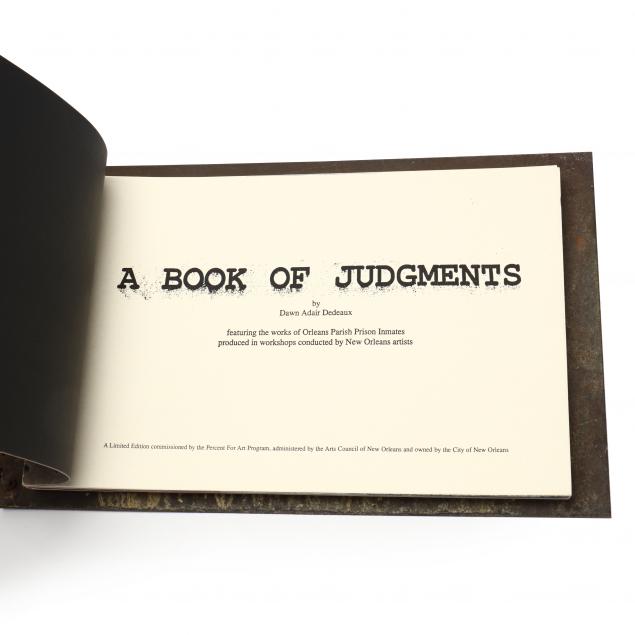 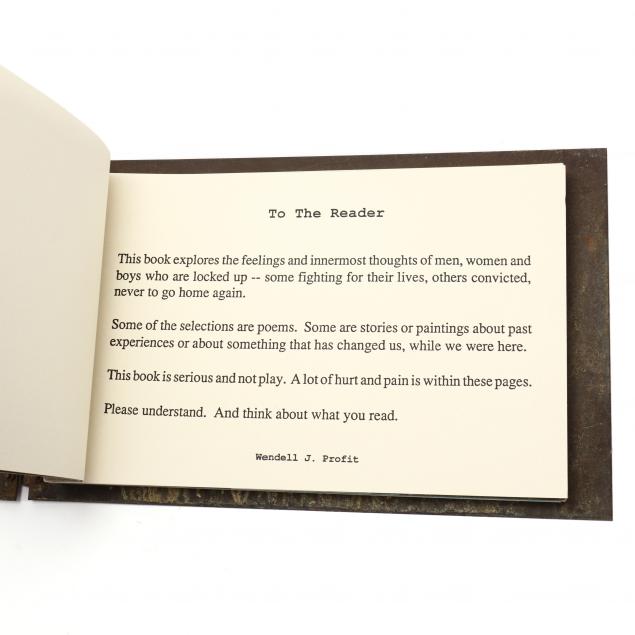 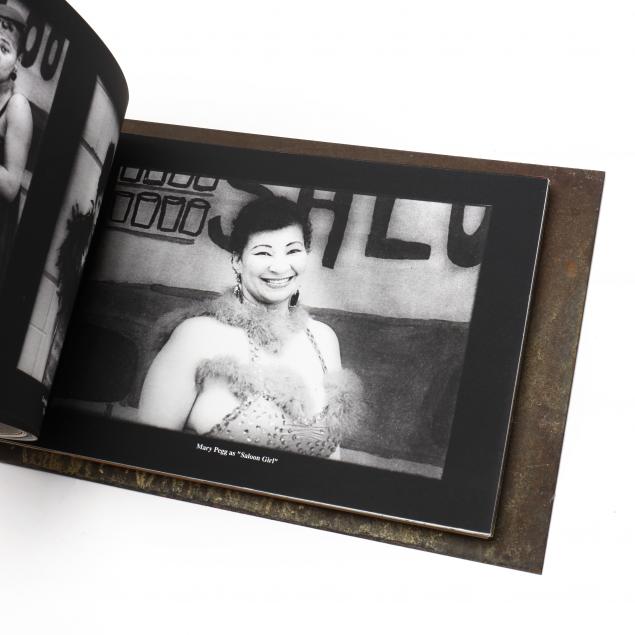 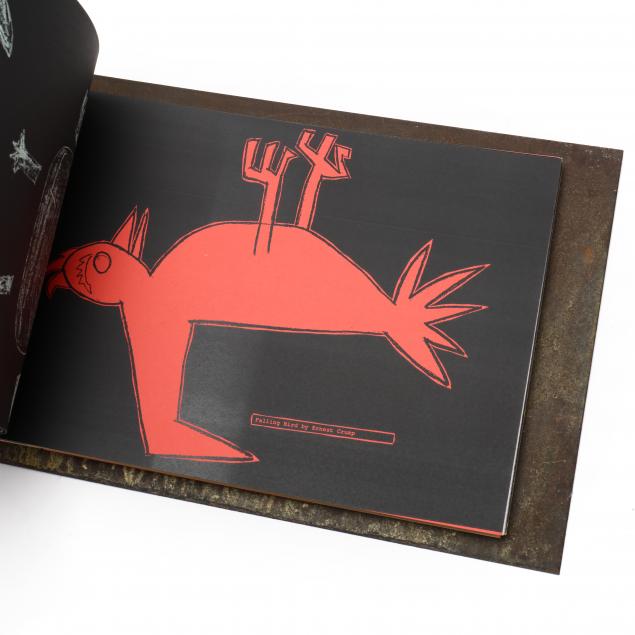 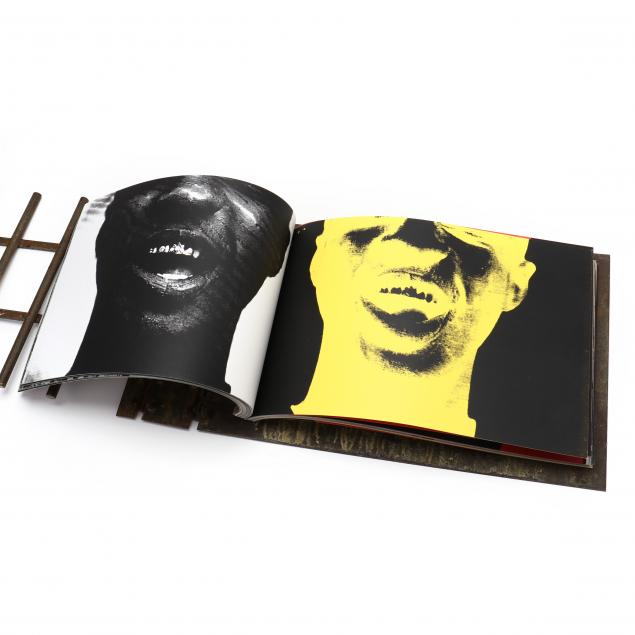 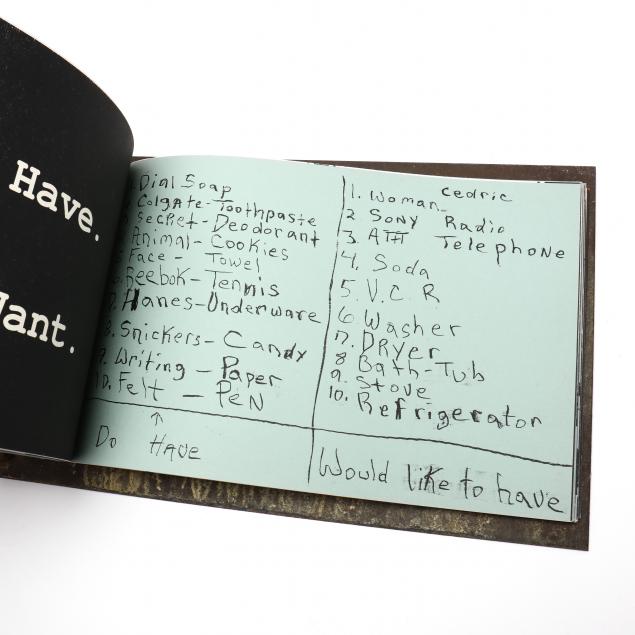 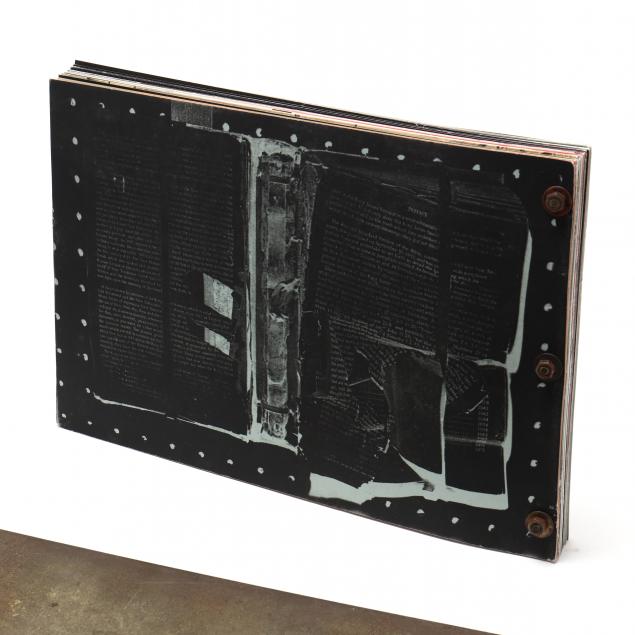 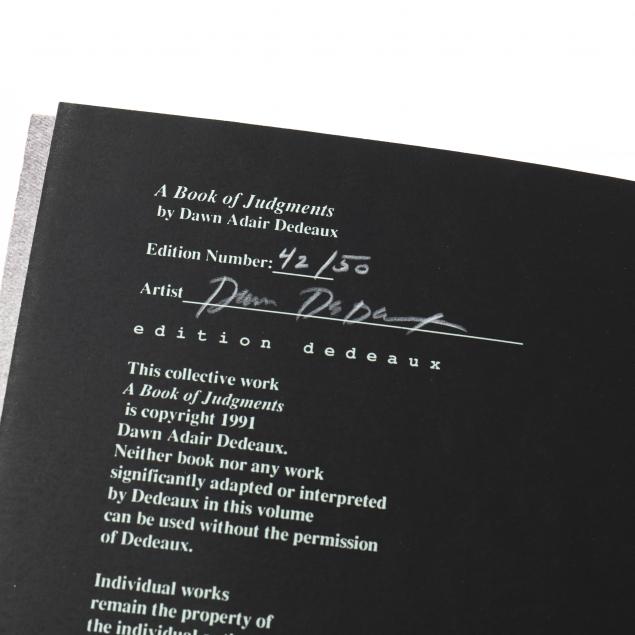