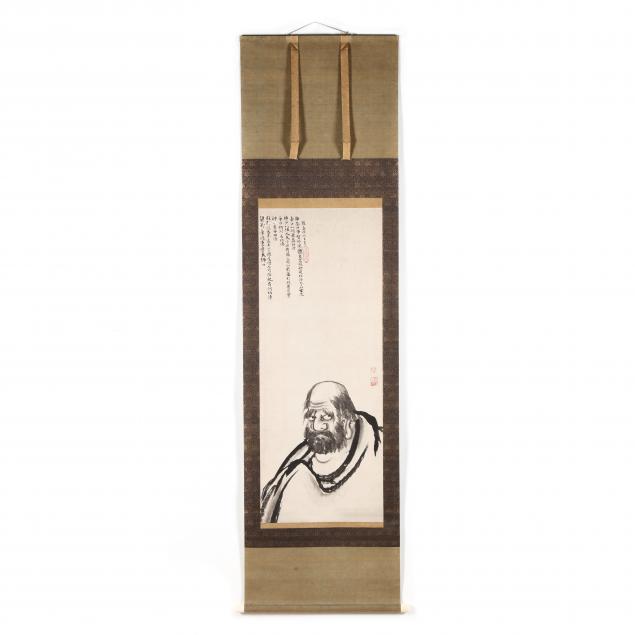 Lot 167
Unkoku Togan (Japanese, 1547-1618), Daruma
Lot Details & Additional Photographs
Momoyama period (1573–1615), ink on paper, Daruma is featured in the lower corner of the composition with a long inscription to the upper left corner, two red artist seals in the lower right reading "Unkoku" and "Togan", same seals appear on painting by Unkoku Togan of Bodhidharma from the Mary Griggs Burke collection at the Metropolitan Museum of Art, comes together with tomobako wooden box.

Some restoration of losses to paper; minor toning to paper. 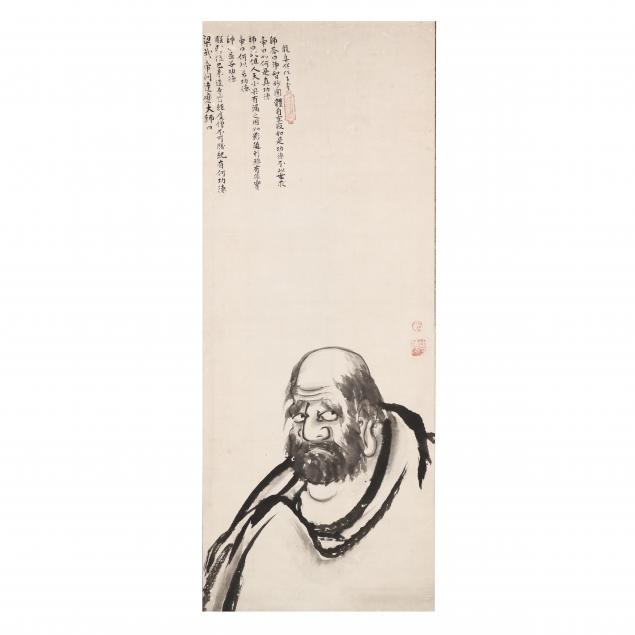 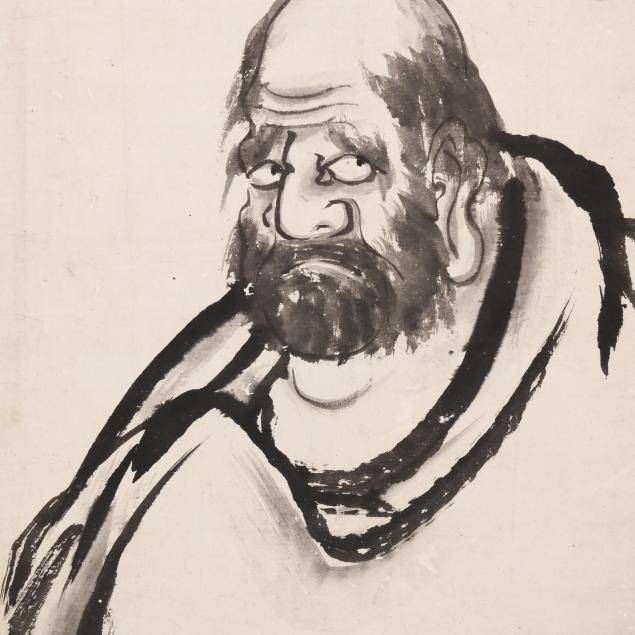 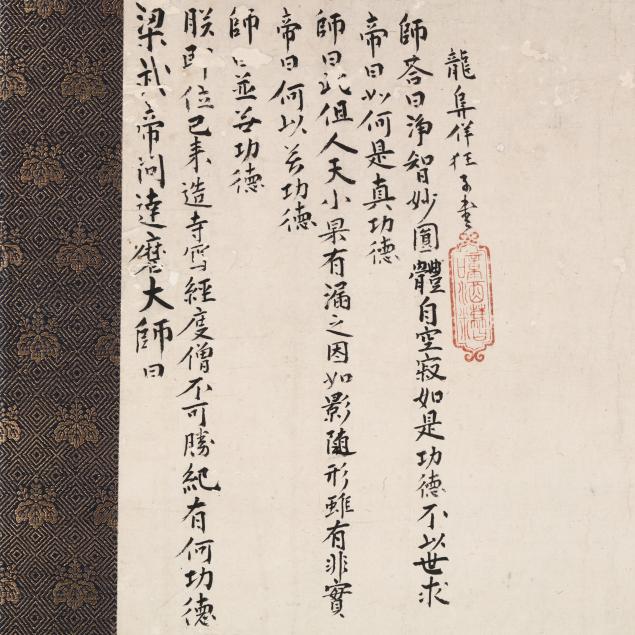 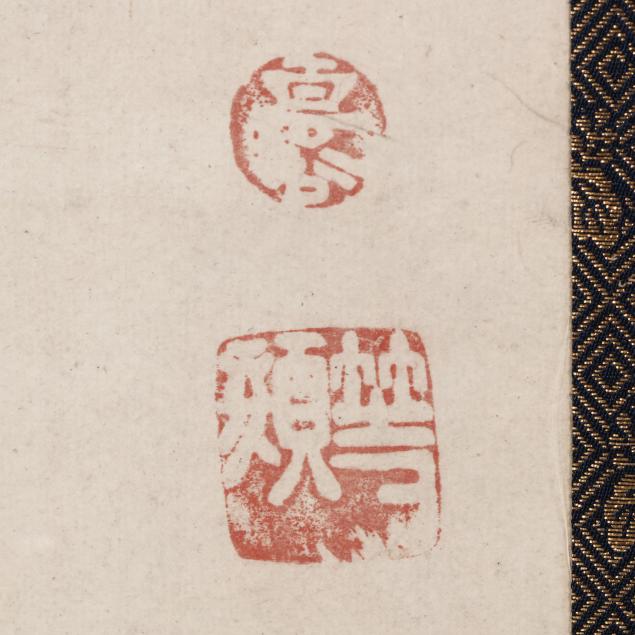 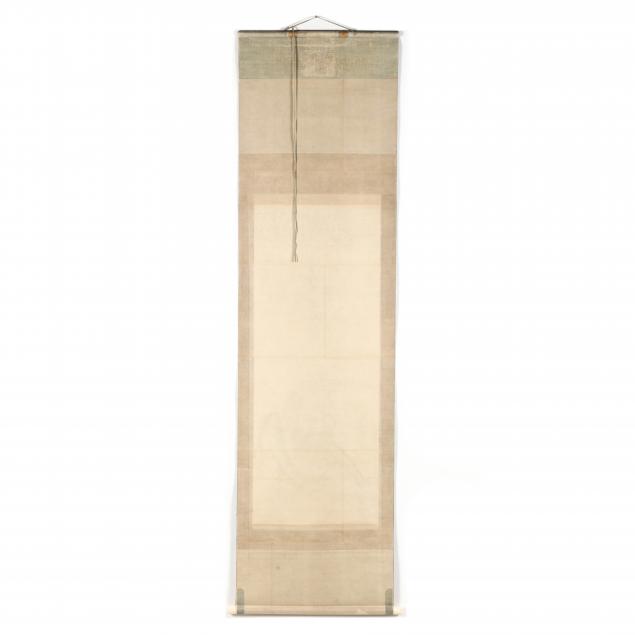 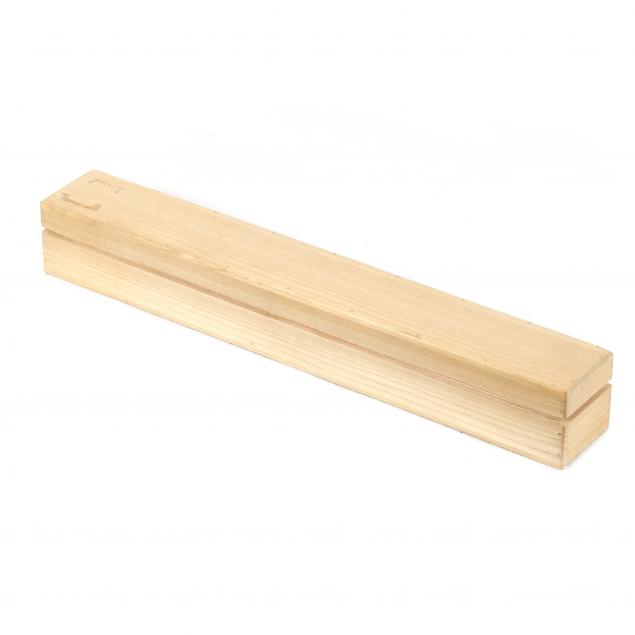