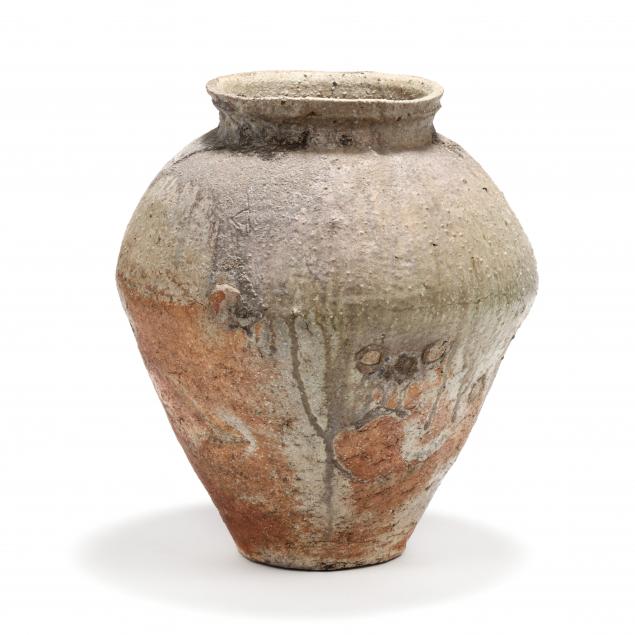 Lot 160
Shiro Tsujimura (Japanese, b. 1947), Monumental Japanese Tsubo Storage Jar
Lot Details & Additional Photographs
Stoneware with natural ash glaze, a monumental storage jar inspired by similar pots from the Muromachi period (1392-1573), Tsujimura's jar has brilliant appearance from the spontaneous spread of glaze mixed with kiln ash over the massive reddish brown body of the jar, a swelling lyrical form warped by the kiln with an individuality akin to the process of life itself, comes together with the original custom tomobako wooden storage box inscribed and signed by the artist. 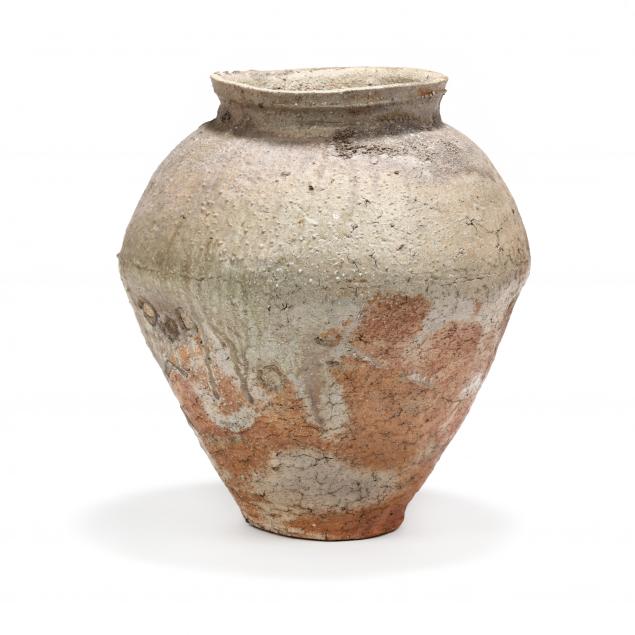 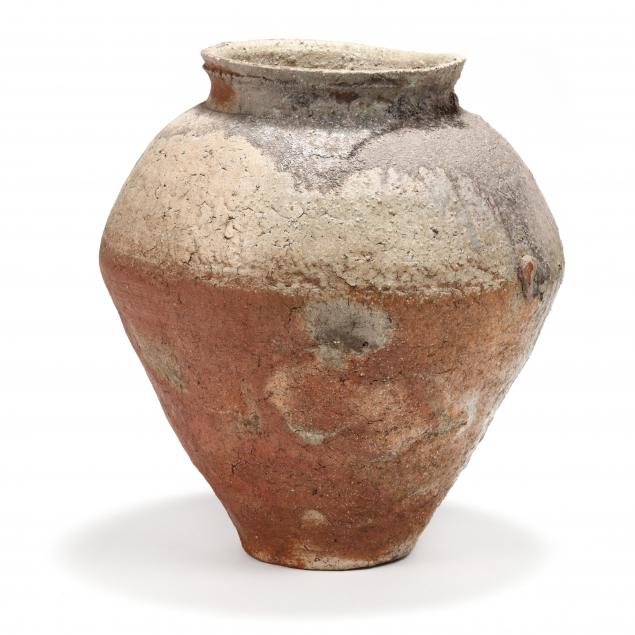 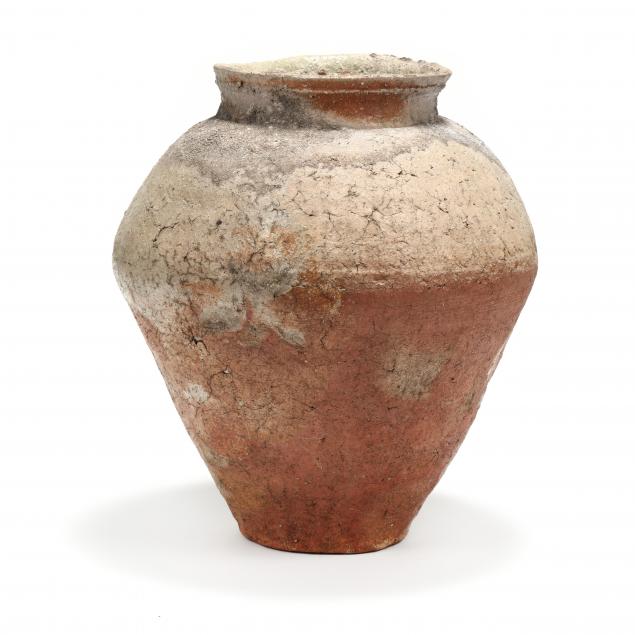 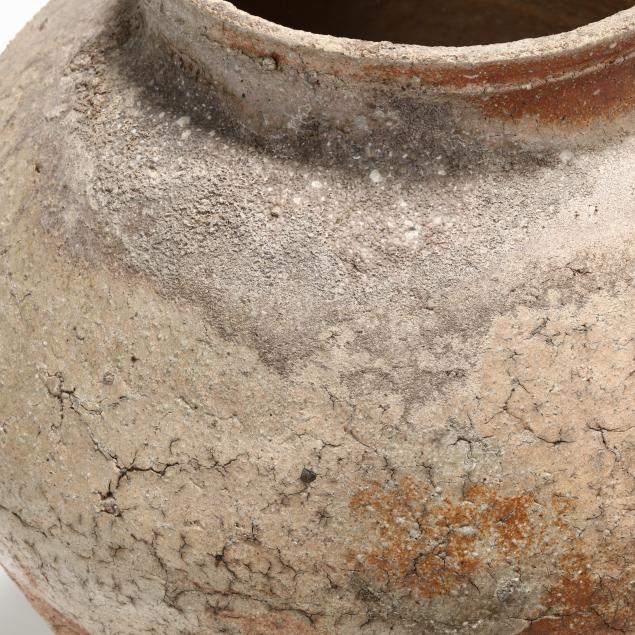 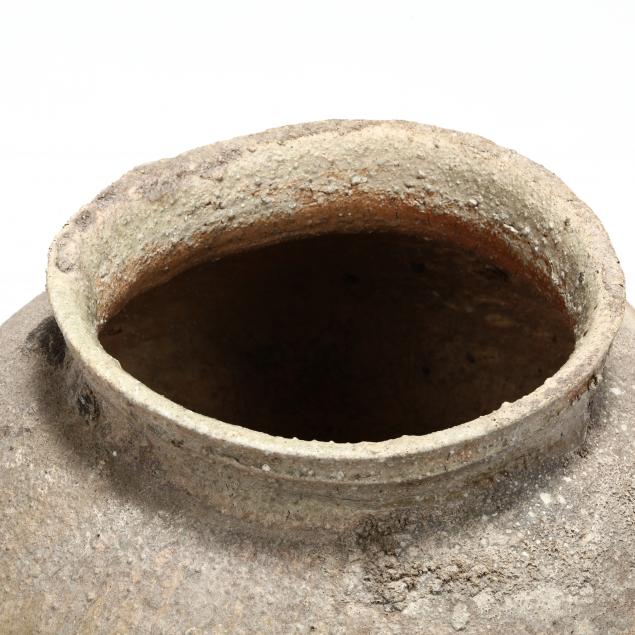 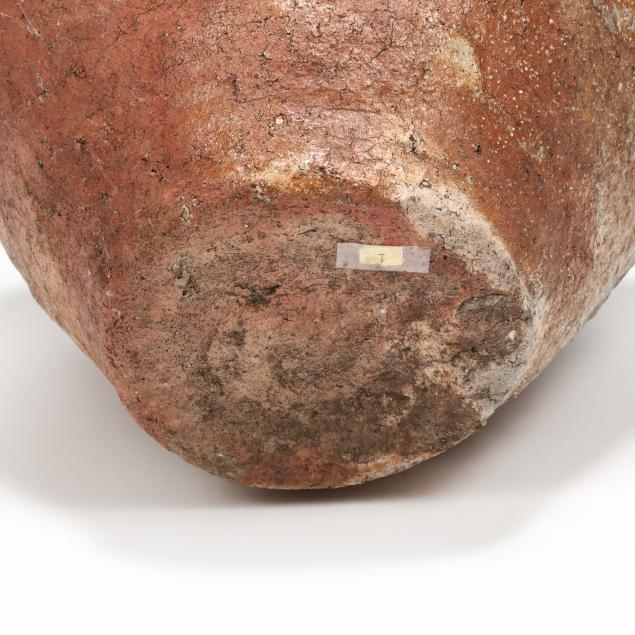 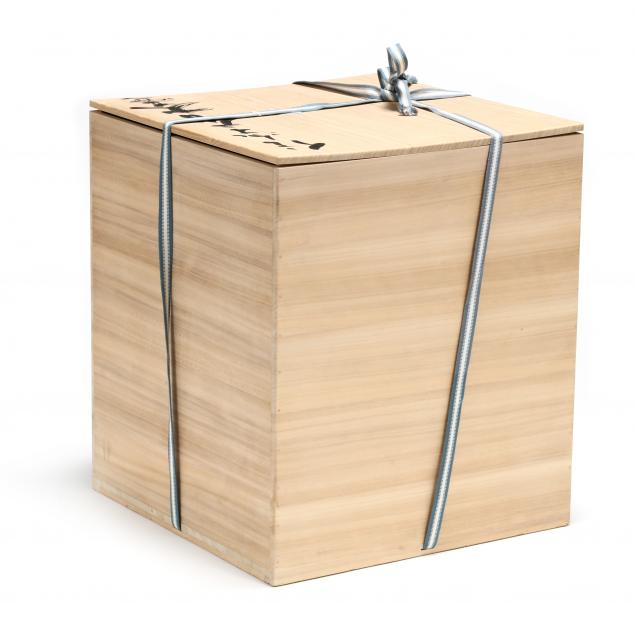 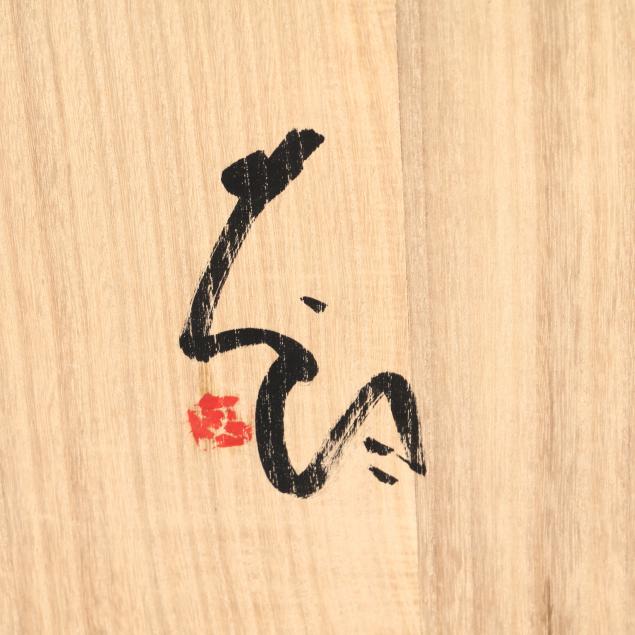 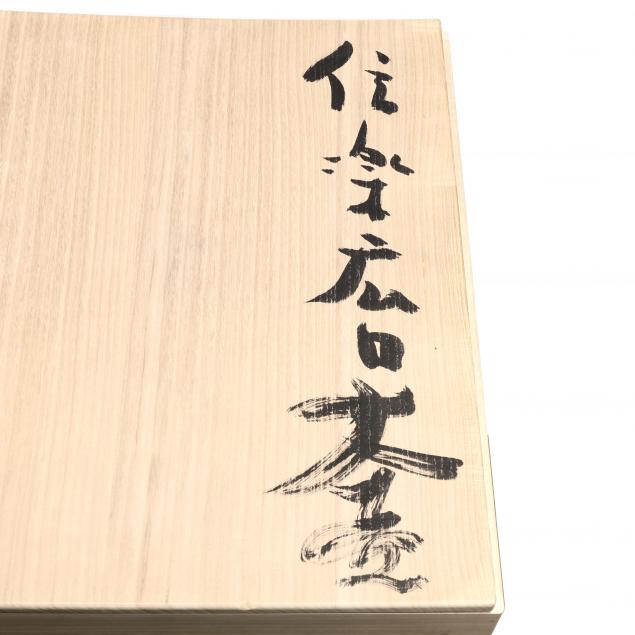