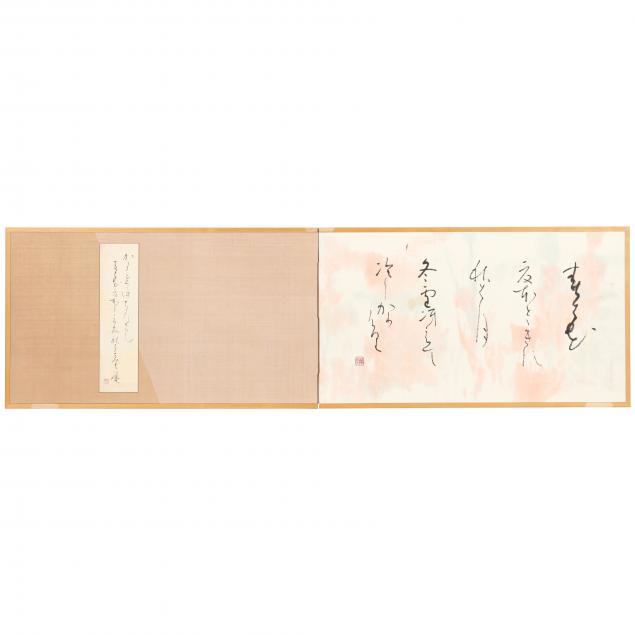 Lot 168
Morihiro Hosokawa (Japanese, b. 1938), Two-Fold Screen with Calligraphy
Lot Details & Additional Photographs
A two panel screen featuring calligraphic poems about the change of seasons and life by famous Japanese monks, the right panel is handmade paper with watercolor washes of blue, pink, and gold, the Japanese calligraphy is written in black ink and ends with a red artist's seal in the lower left corner, the left panel with two diagonal panels of silk crossed vertically by a paper slip with Japanese calligraphy in ink together with a red artist's seal, the frame is light natural wood, the reverse is covered in black silk, comest together with a gold cloth and custom storage box and mounting hardware.
The first poem:
The cherry blossoms in spring,
cuckoo in summer,
Moon in autumn,
Snow in winter
clear and cool.
By Dōgen (1200-1253), a Japanese Zen monk who founded Eiheiji in Kanazawa
Second poem:
What keepsake is left, by
Cherry blossoms of spring, cuckoos of summer, Or maples of autumn.
By Monk Ryōkan I1758-1831) of the Edo period, Japan

Morihiro Hosokawa, former Prime Minister of Japan, has established himself as a well respected artist, having international solo exhibitions in Paris, New York, and Beijing. Hosokawa was also given the great honor of painting six fusuma door panels at the Buddhist temple Kennin-ji in Kyoto.

Three areas of lightening to wood frame where hanging hardware had been placed; possible light staining to one side or part of art work design; small puncture to front right hand panel; some wear and one small puncture to reverse of panels. 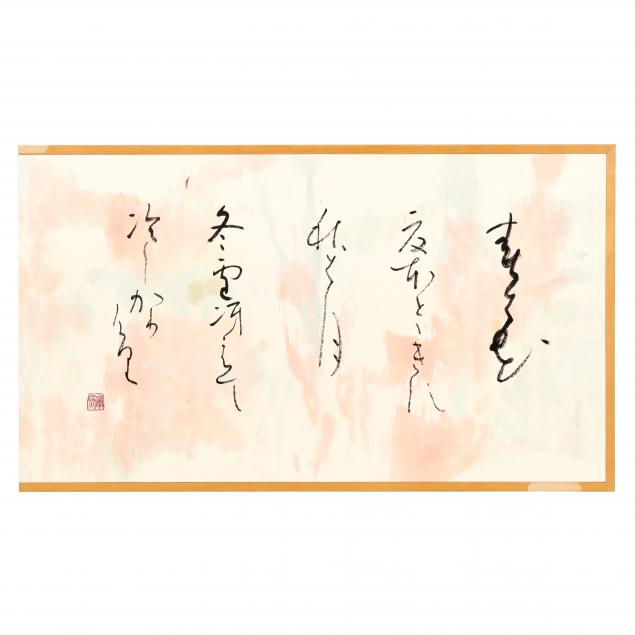 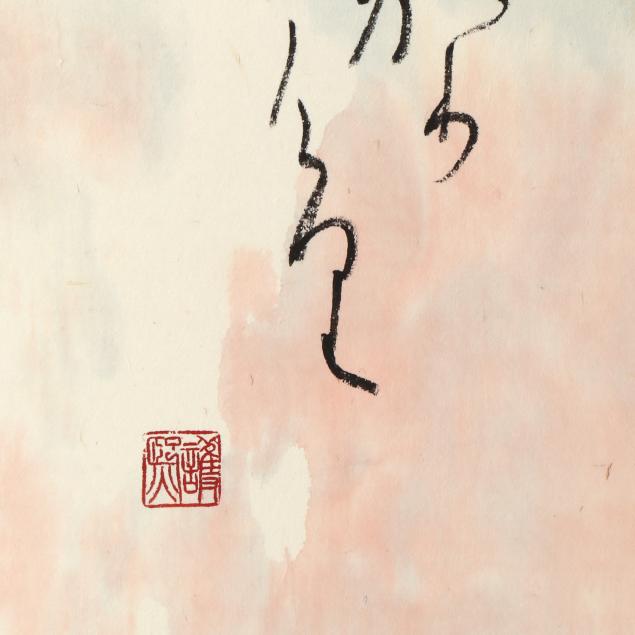 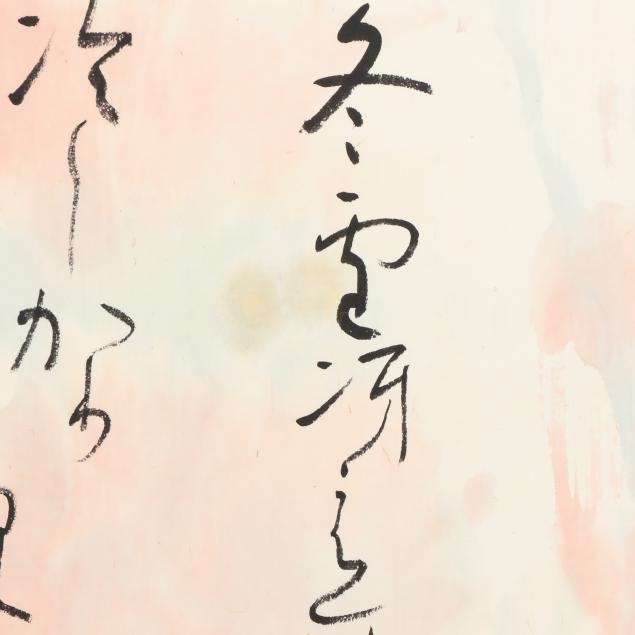 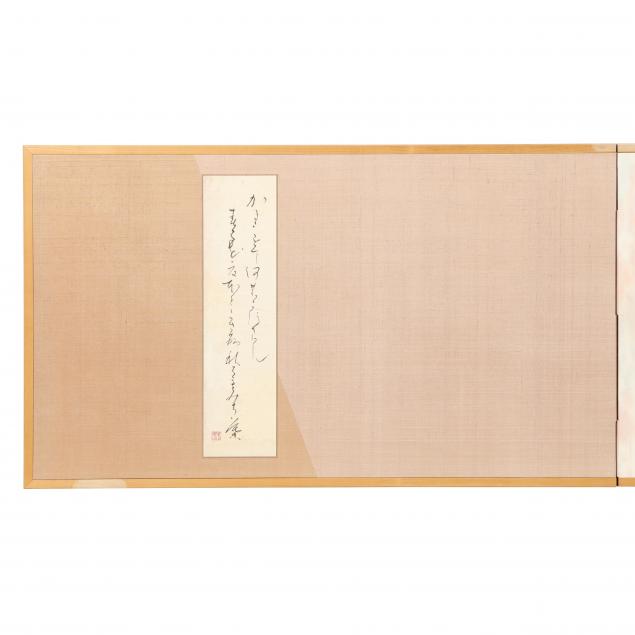 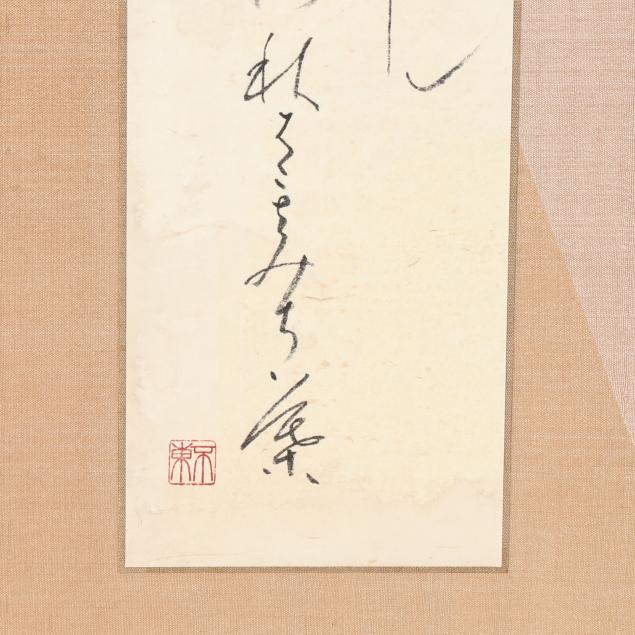 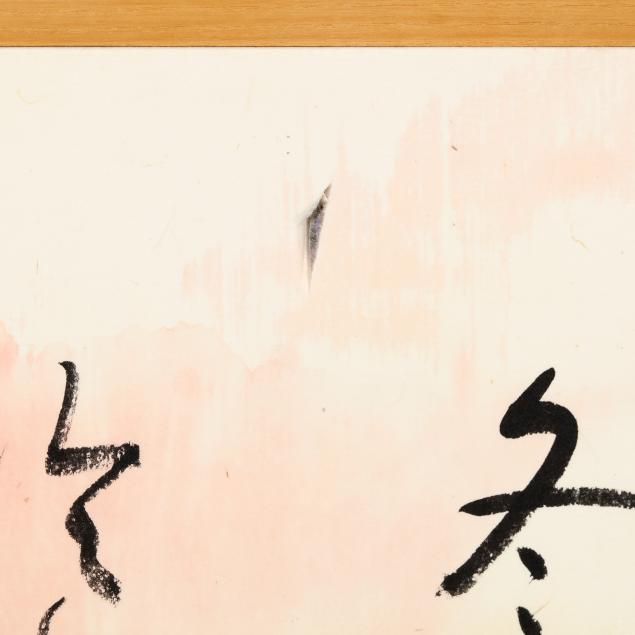 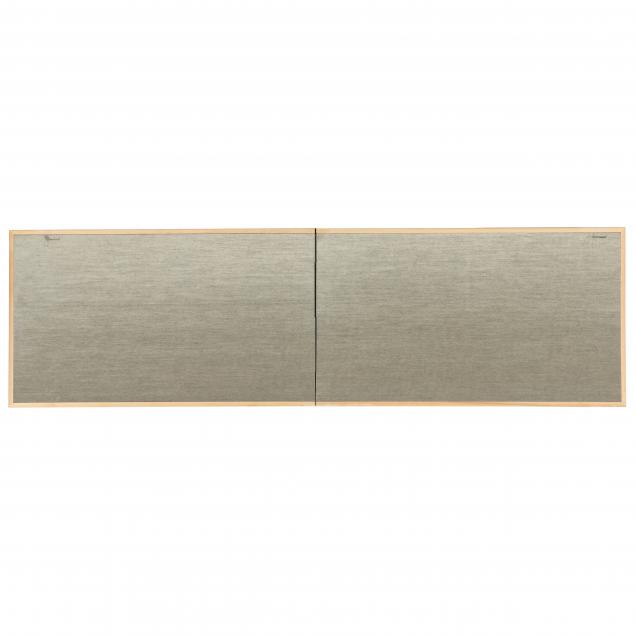