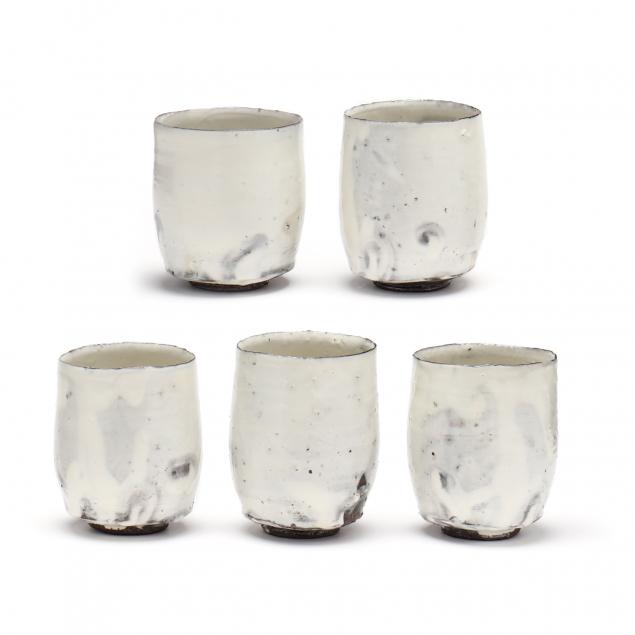 Lot 165
Shiro Tsujimura (Japanese, b. 1947), A Set of Five Tea Cups
Lot Details & Additional Photographs
Stoneware with kohiki glaze, the white slip falls in varied thickness over the cups subtly revealing the dark gray body underneath, each cup uniquely shaped adheres to the artist's interest in wabi sabi the idea of beauty in the imperfect, each cup with a slightly raised foot, artist's mark to each, the set comes together with the original custom tomobako wooden storage box inscribed and signed by the artist.

One with very slight nick at rim of glaze bubble. 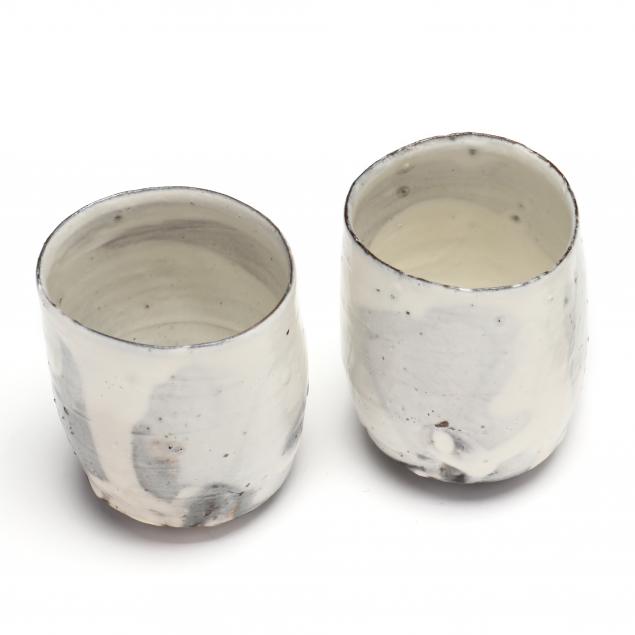 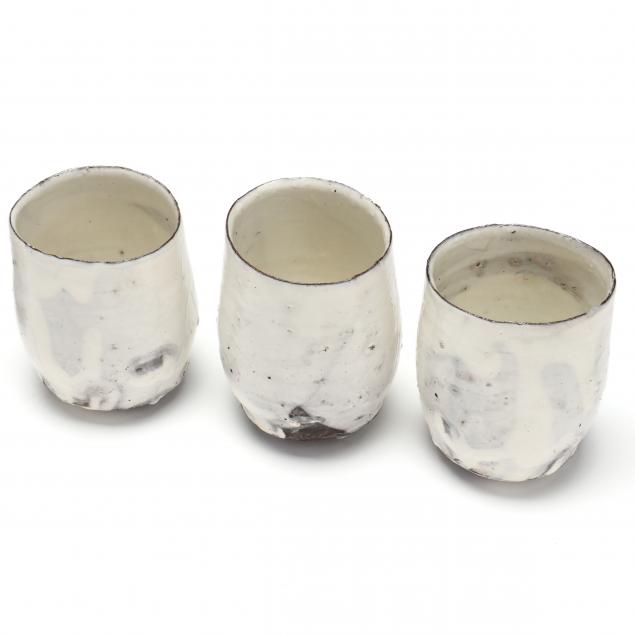 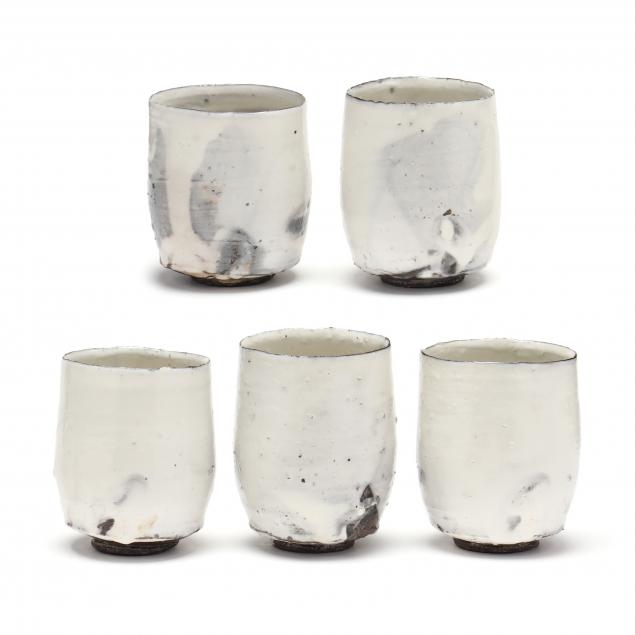 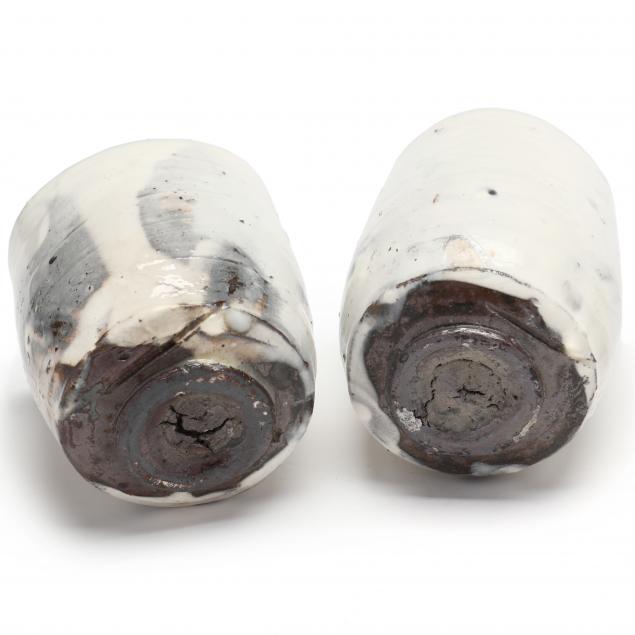 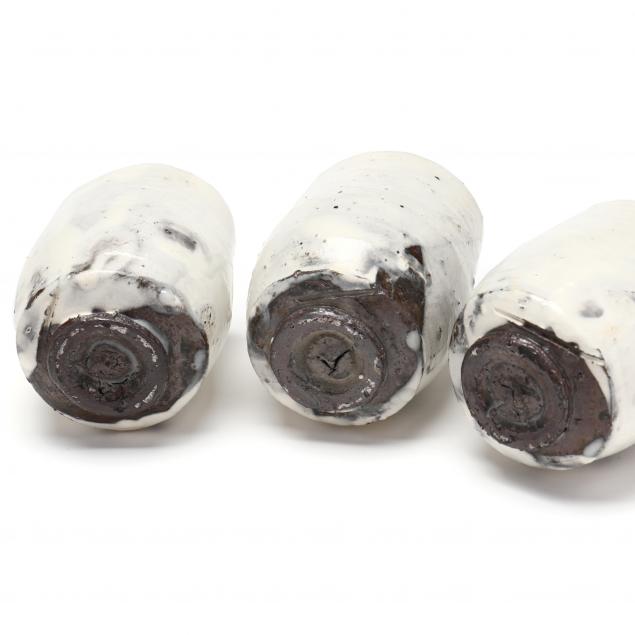 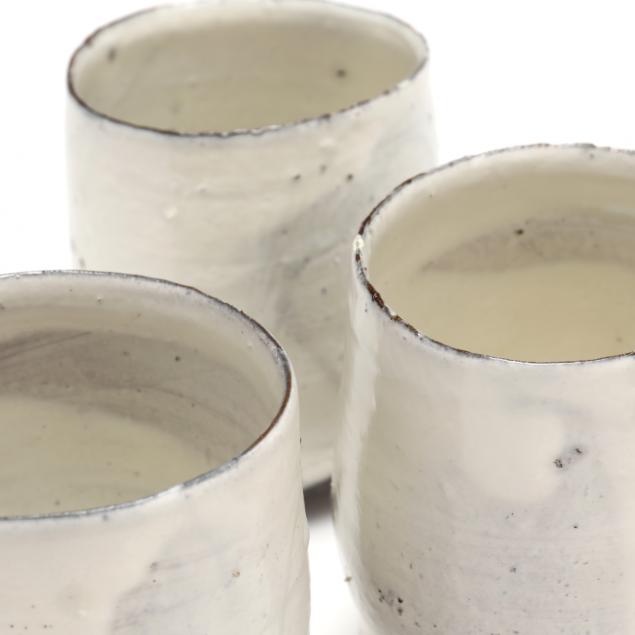 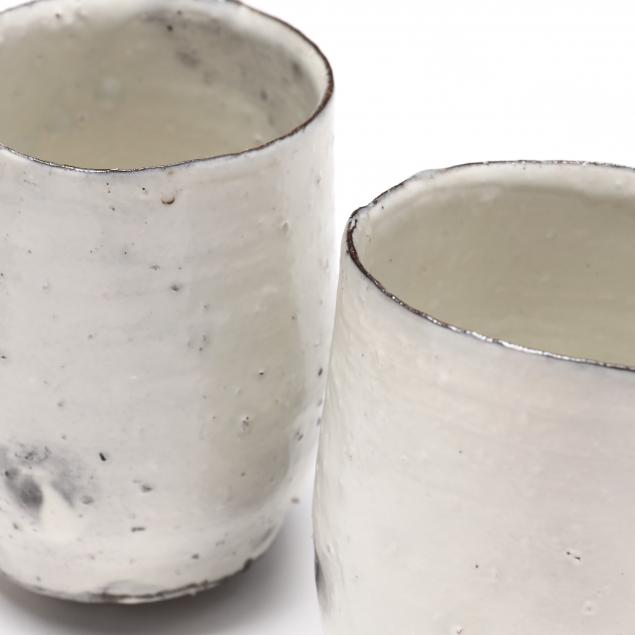 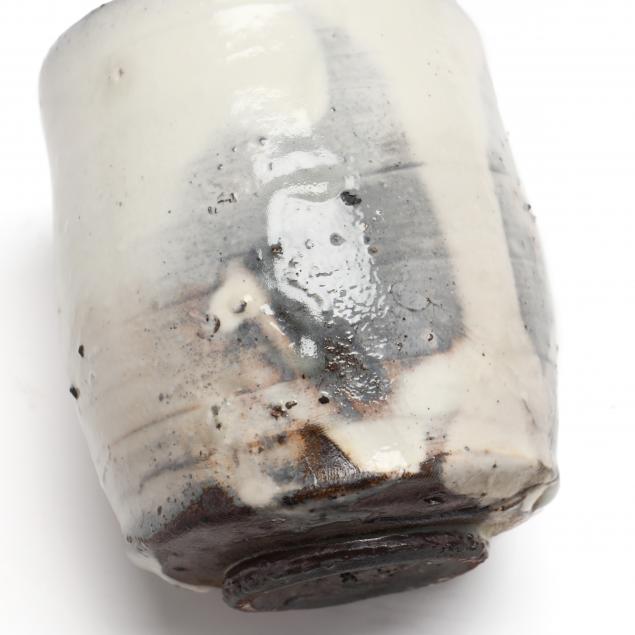 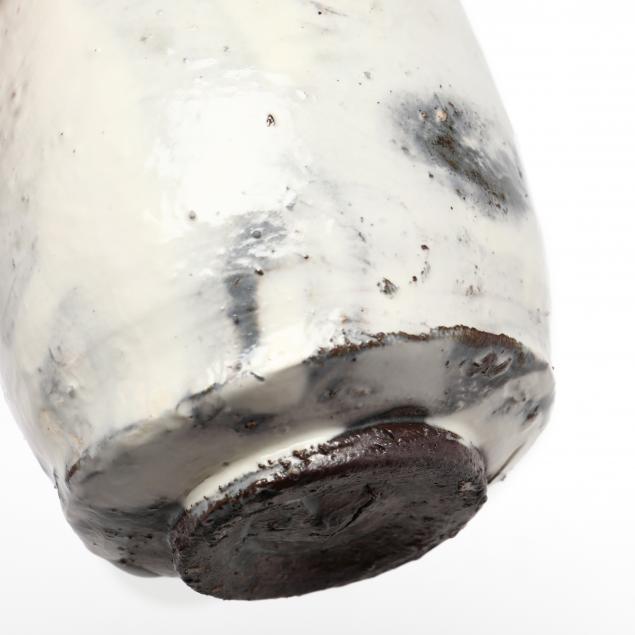 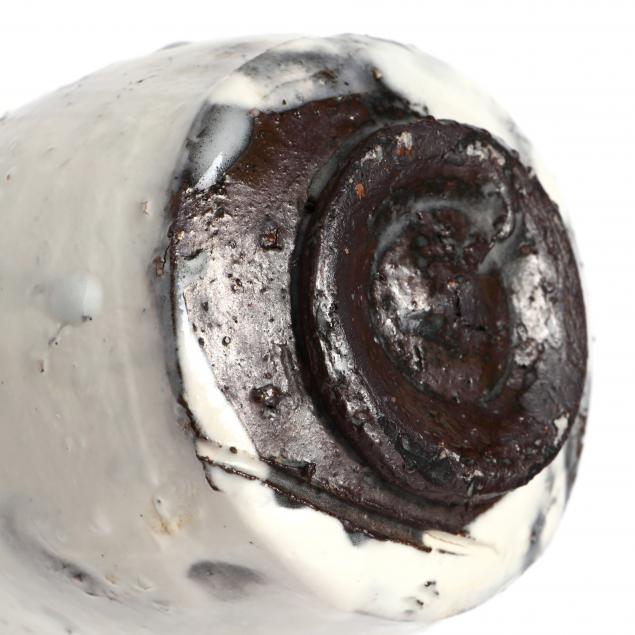 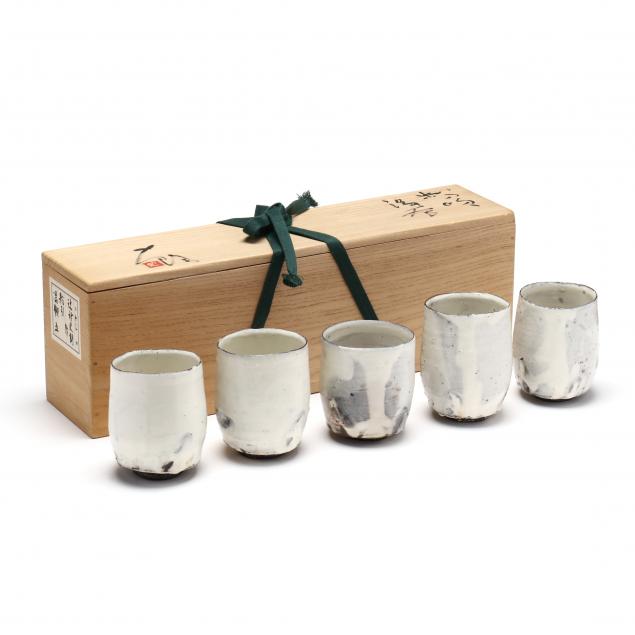 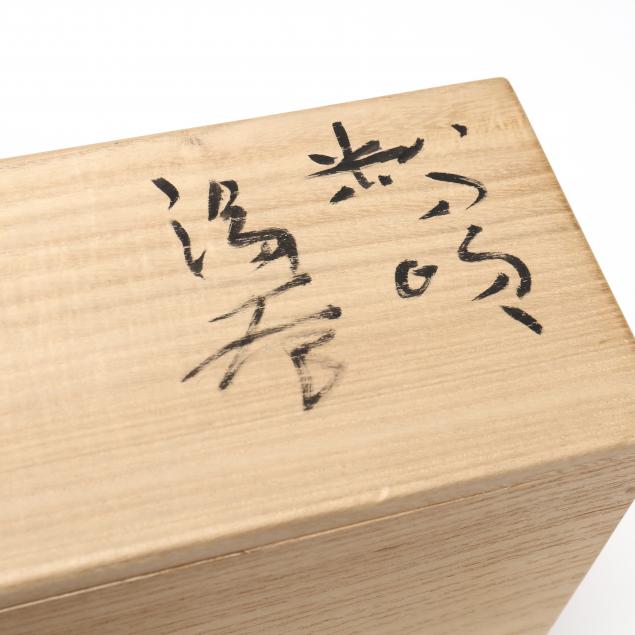 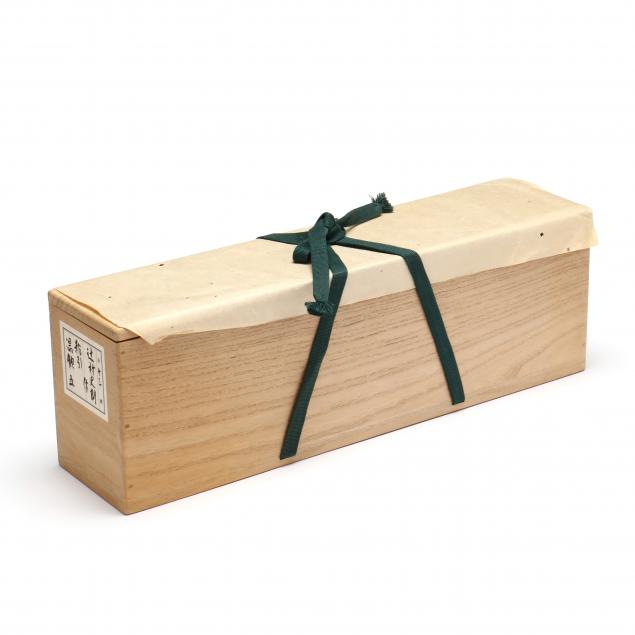