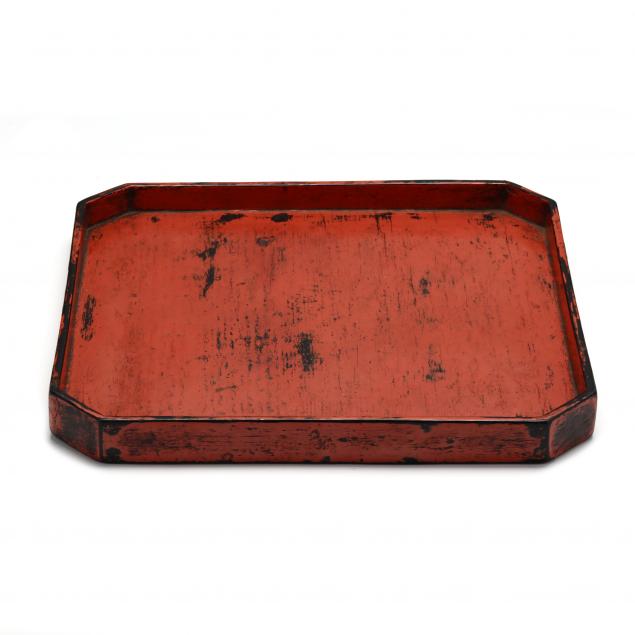 Lot 158
A Japanese Red Lacquer Negoro Serving Tray
Lot Details & Additional Photographs
Muromachi period (1336-1573) or Momoyama period (1573-1615), a square tray with angled corners, traditional negoro decoration of red cinnabar lacquer above black lacquer base, a red double mountain mark to underside, this tray derives its shape from ceremonial offering trays from the Negoro-ji Buddhist temple complex located in the mountains of present-day Wakayama Prefecture, just south of Osaka, these trays were originally made with pieces of hinoki (Japanese cypress) and other woods, covered with black and red lacquer, they are treasured in Japan for the effect created over time as the black base emerges from beneath the worn red lacquer topcoat, comes together with a labeled wooden tomobako containing blue cloth.

Cracking and wear to lacquer consistent with age; lighter area to underside in shape of a circle. 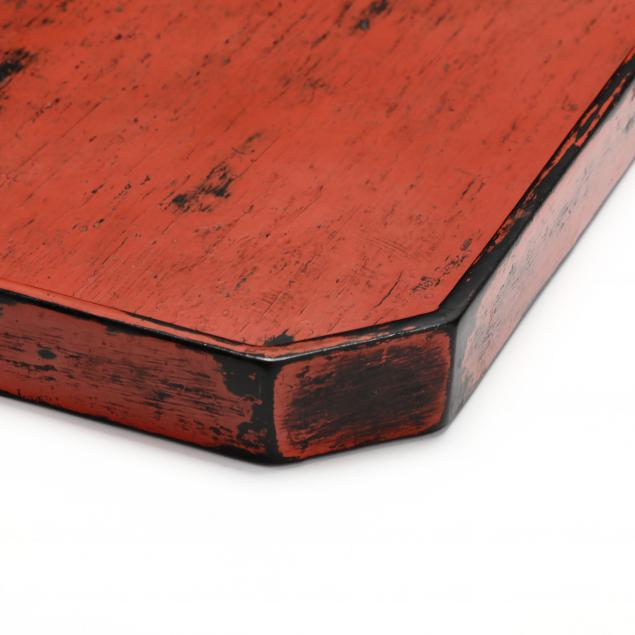 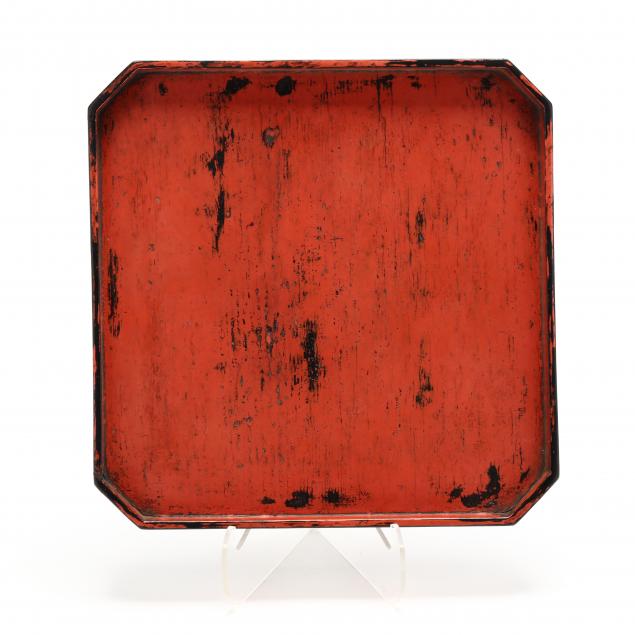 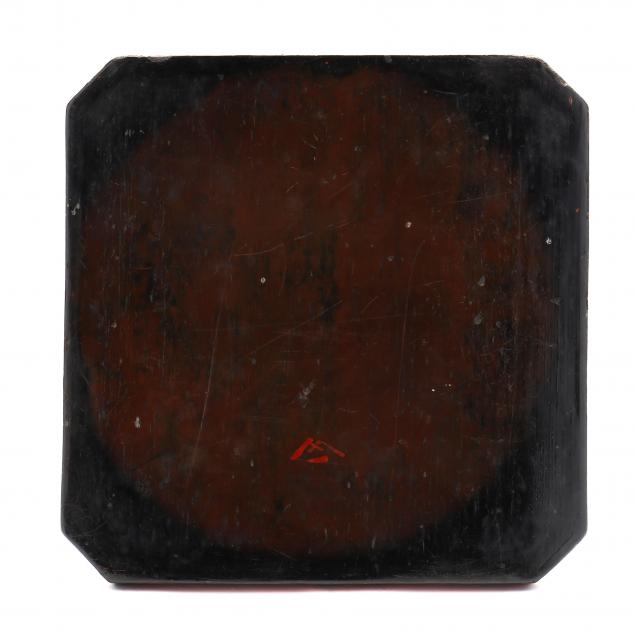 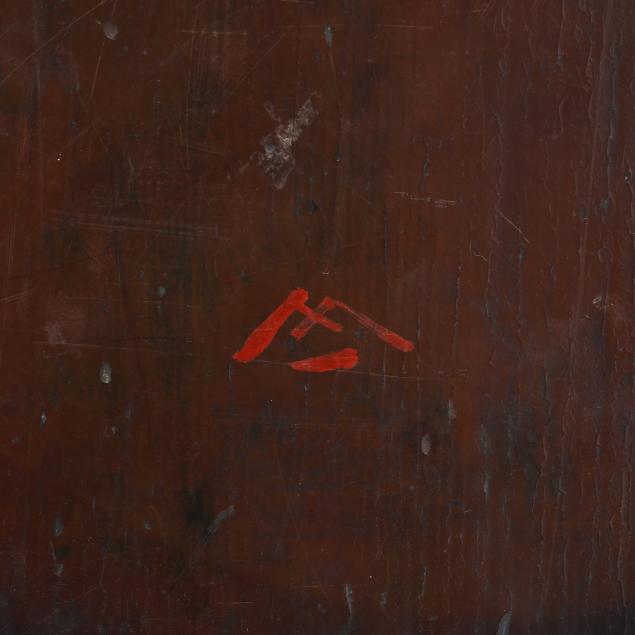 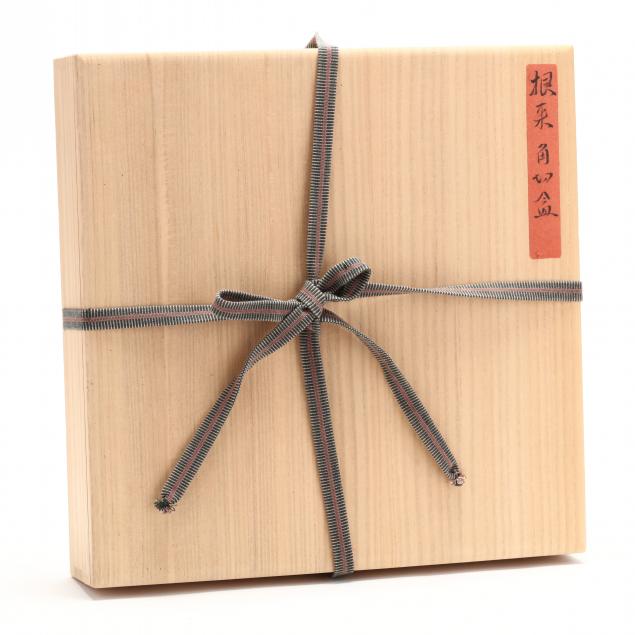