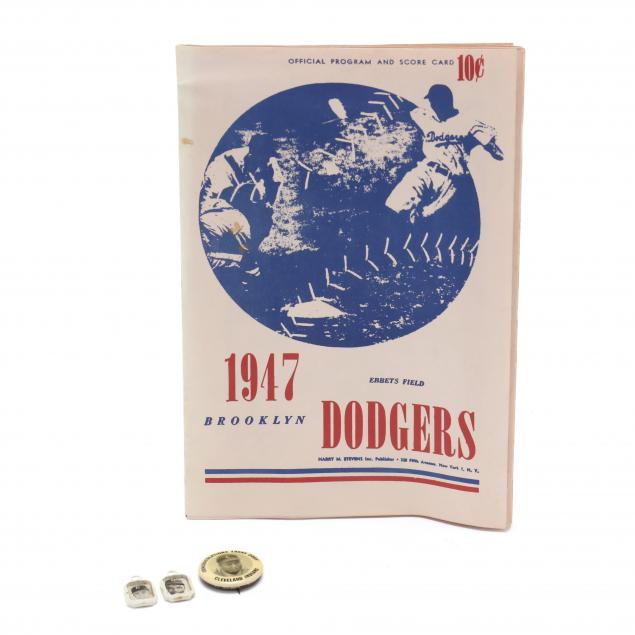 Lot 2472
Historic Baseball Memorabilia, including Jackie Robinson and Larry Doby
Lot Details & Additional Photographs
To include: a pinback of Larry Doby, circa 1940's, first African American player in the American League for the Cleveland Indians (1 1/4 in.) (toning, spotting to reverse); two gumball machine photo charms of Brooklyn Dodger stars, circa 1950's, including Jackie Robinson (1 x 5/8 in.) (some stains to plastic); and a 1947 Brooklyn Dodgers official program and score card from Jackie Robinson's rookie year and the year he won the honor of "Rookie of the Year" (10 x 6 1/2 in.; toning to paper; two spots of dirt to cover; inside not examined; in plastic bag for protection). 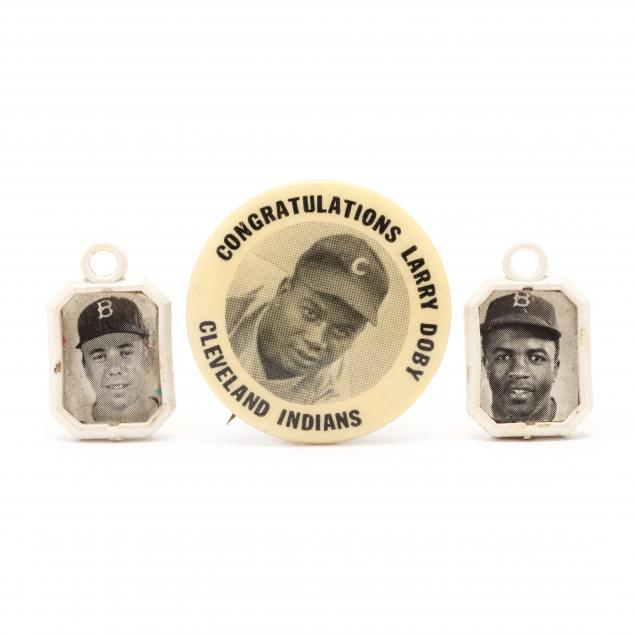 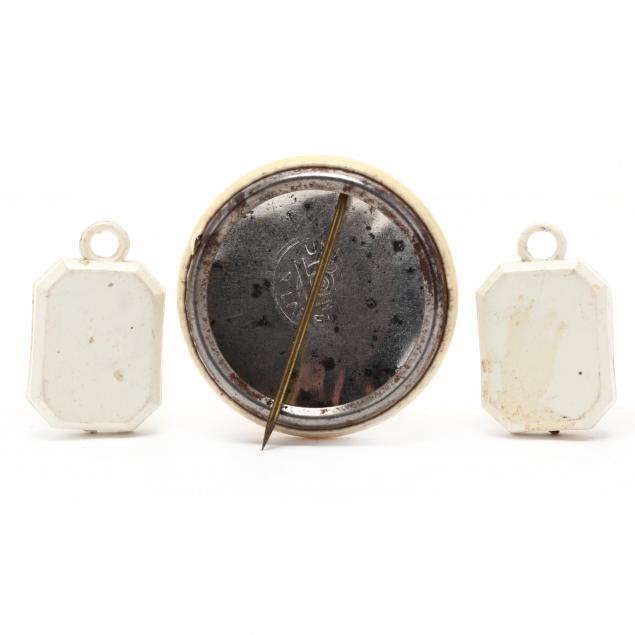 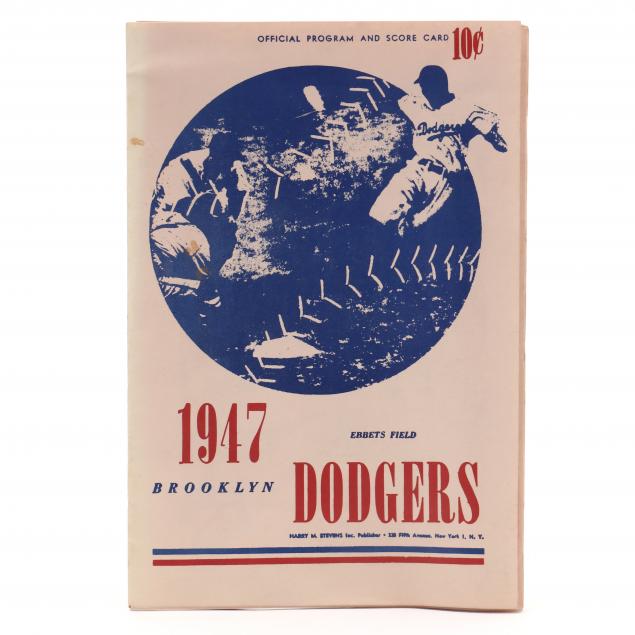 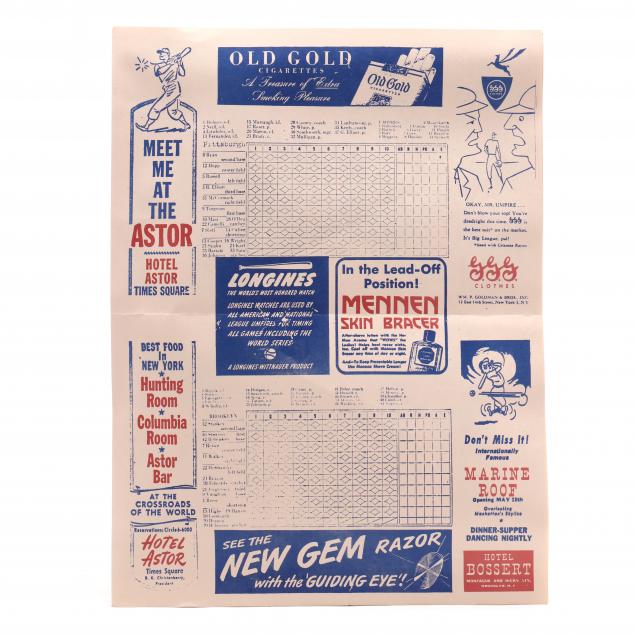 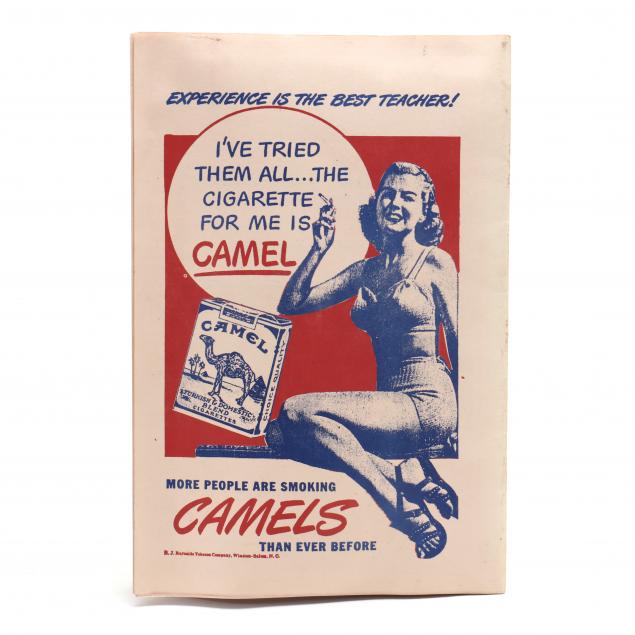