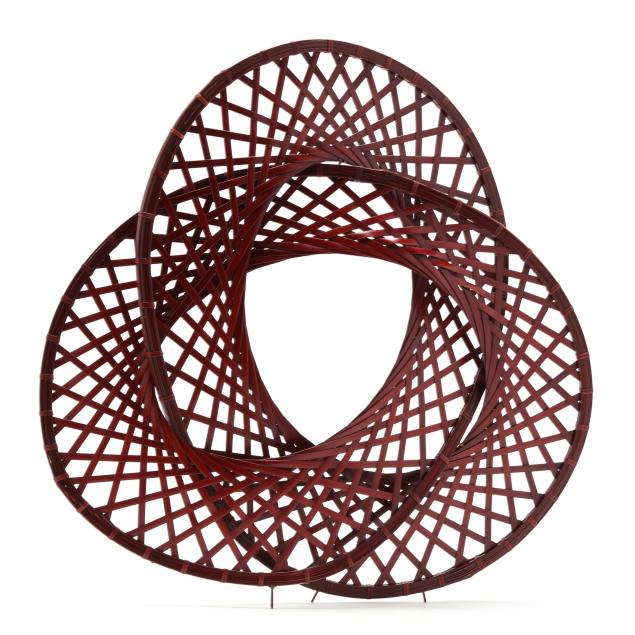 Purchased from Tai Gallery in 2007.

Ueno Masao studied architecture at the Shibaura Institute of Technology and then worked as an apprentice studying traditional bamboo art with master craftsmen Konma Hazuaki and Kondou Shousaku. The majority of his work is made by picking madake bamboo in the mountains of Japan and then manipulating the medium into inspired shapes, covering with dyes and lacquers, and sometimes gilt that gleams when rotated in the light. Since the 1980's, he has exhibited large outdoor and indoor installation art works worldwide including at the Grizedale Sculpture Park in England and the University of Zurich’s museum park. In 1991, his work was included in “The 20th Contemporary Art Exhibition of Japan” at the Tokyo Metropolitan Museum of Art and Kyoto City Museum of Art. 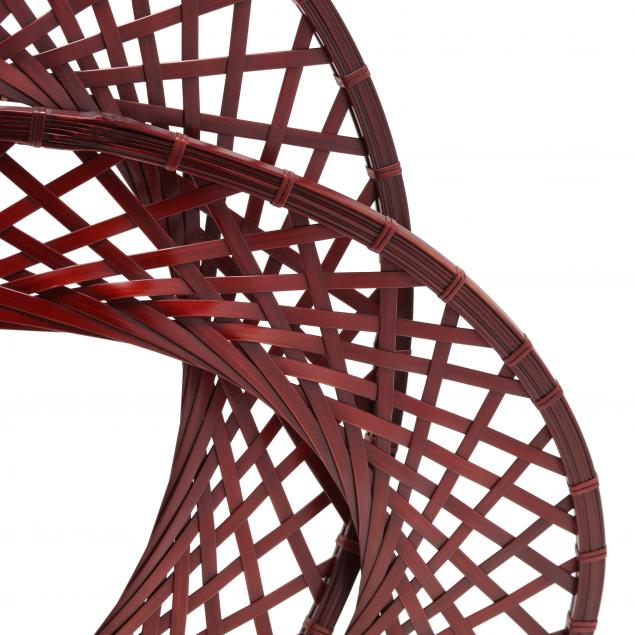 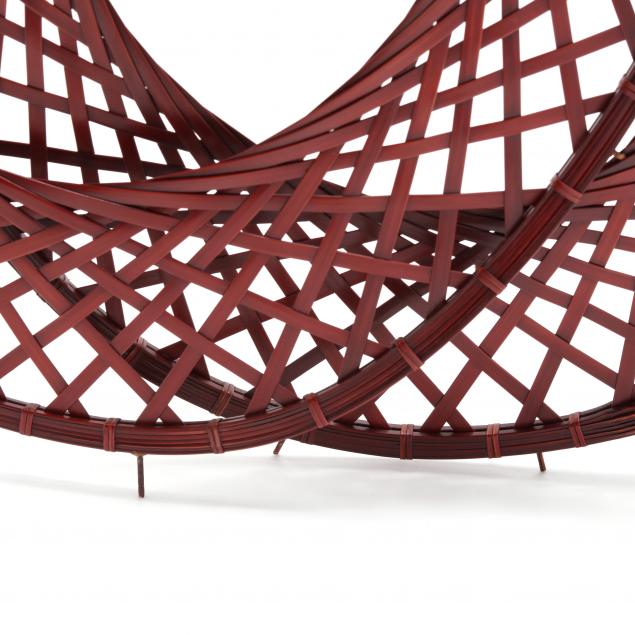 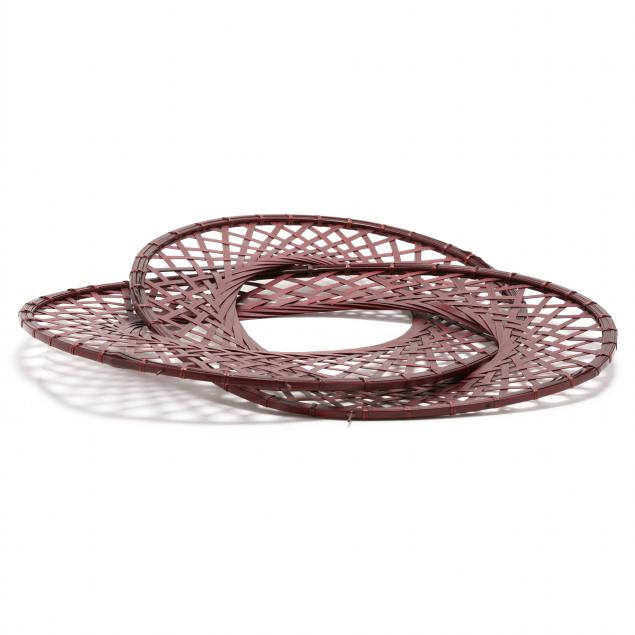 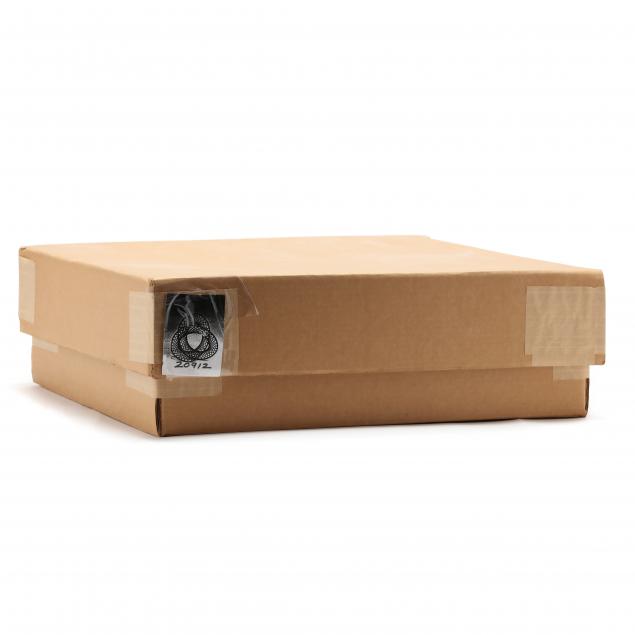 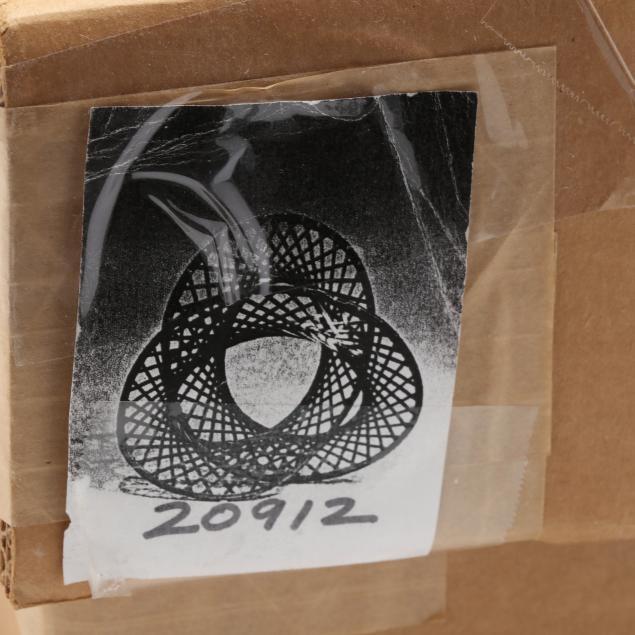