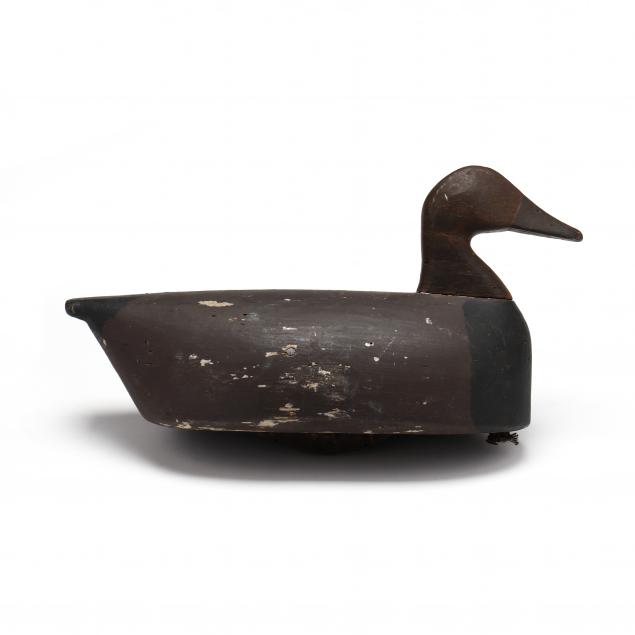 Lot 1161
Pat O' Neal (NC, 1897-1972), Hen Canvasback
Lot Details & Additional Photographs
Churches Island, North Carolina, in tracing the provenance of this decoy, the following account was told by Joe Lewark and Bill Tate: "Pat O'Neal carried the president of the Swan Island Club out in his personal sink box, using his own gunning decoys. The president was so impressed he purchased the sink box and hunting rig, which included this decoy. Pat and Bill Tate delivered them to the club. Because they shot mostly marsh ducks at the club, the rig was put into storage. In the following years, some of the decoys were given to Joe Lewark, a guide for the club. In later years, Bob Timberlake bought Joe Lewark's hunting rig. This decoy was in Timberlake's collection until 2006."

Pat O'Neal owned the P.H. O'Neal Boatworks located on the canal at Coinjock. He built boats, repaired boats, and carved decoys. Pat's two brothers, Louis and Cecil helped him in this work. 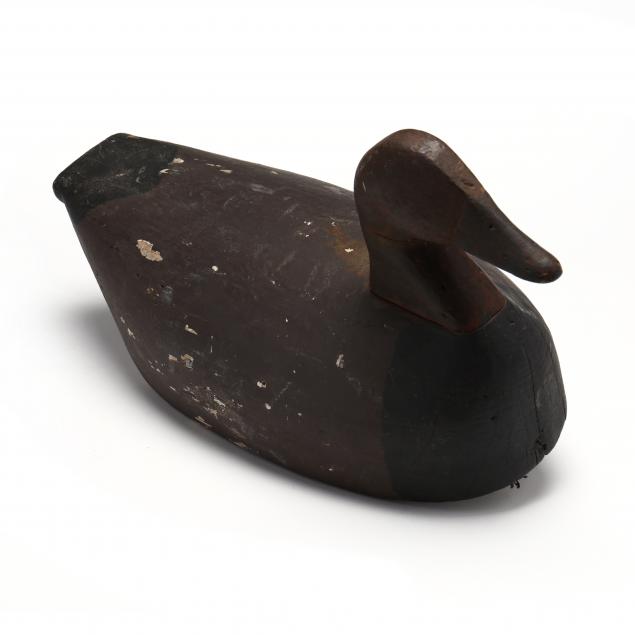 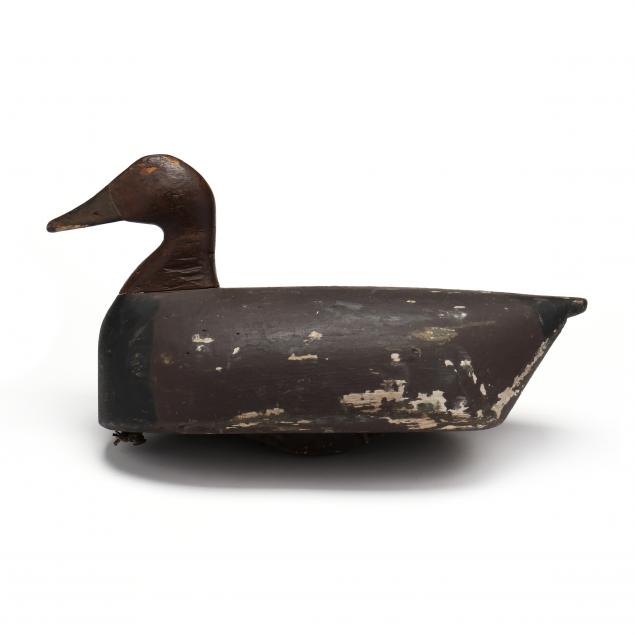 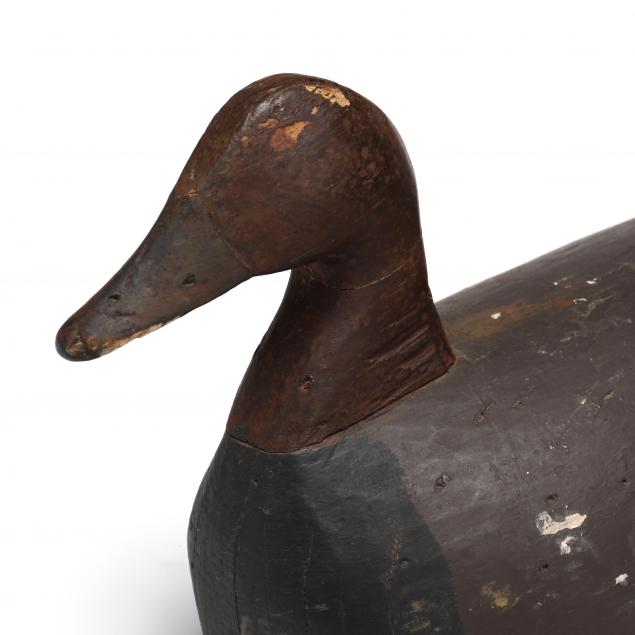 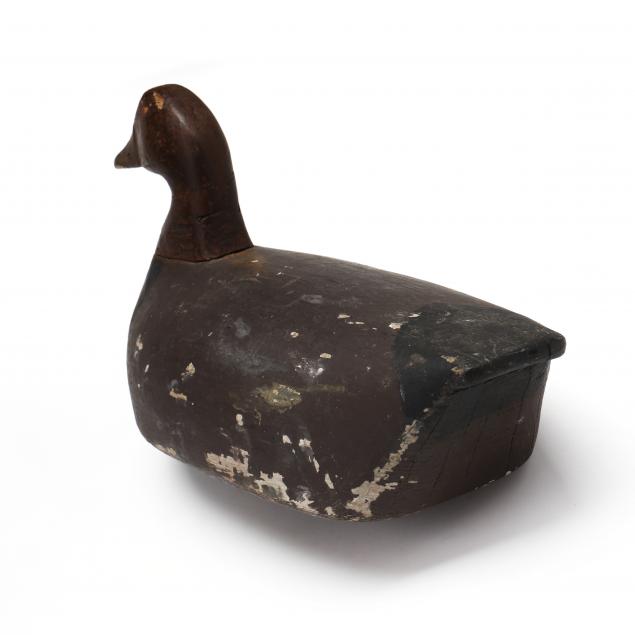 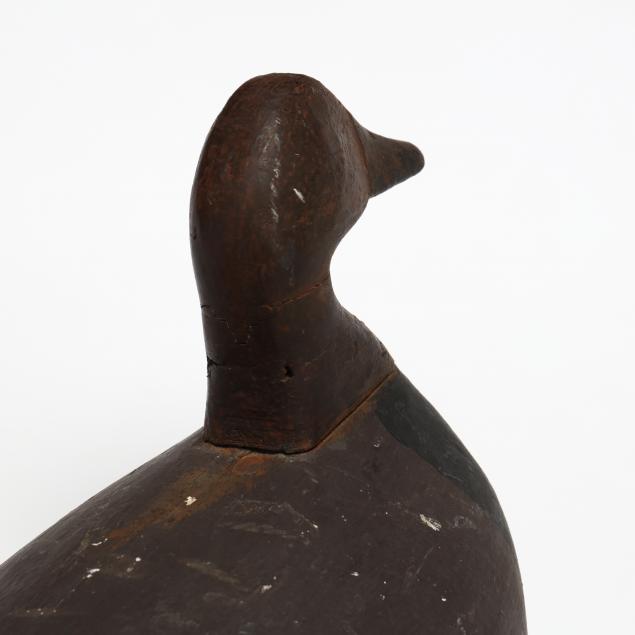 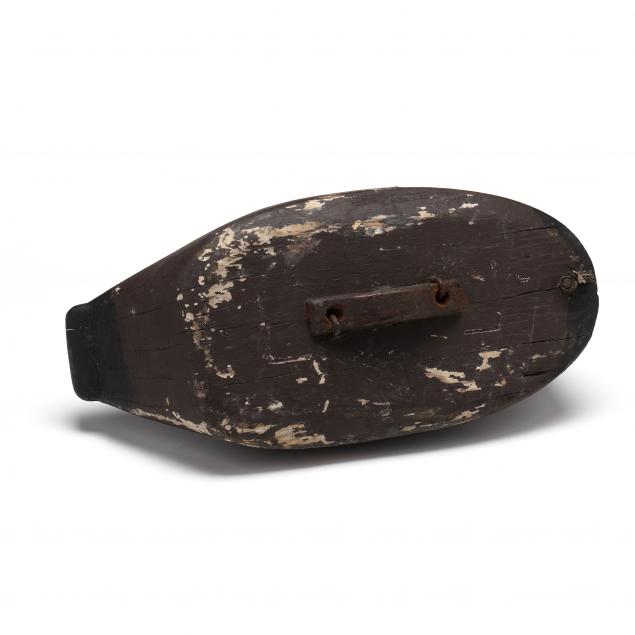