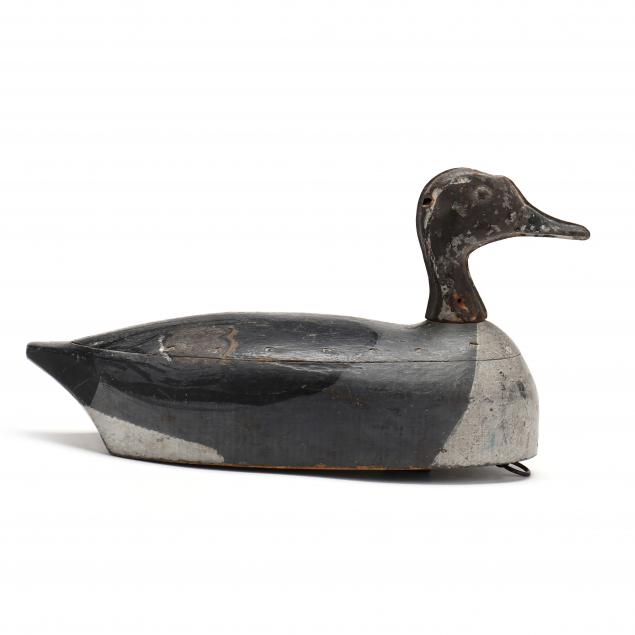 Lot 1088
Swan Island Club (NC), Important Pintail
Lot Details & Additional Photographs
This pintail drake is from the Swan Island Club which was formed in 1872. "That corner of the world smiles in my eye like no others" are the words displayed above the fireplace in the club. This decoy has three important brands: W.D. Sohier is branded on the ballast weight. William Sohier was a member from 1883 to 1891 and served as the president of the club during his tenure as a member. William Sohier and Herman Strater founded Strater and Sohier in 1874 and they produced the iconic tinnie shorebird decoys......hence the tin head on this decoy. The second brand is FENNO for Lawrence Fenno who was a member from 1890 to 1910. He was elected trustee of the club in 1901. The third brand is KEITH for Harold Keith who was a member from 1919 until his death.

This decoy is an important piece of folk art but also an invaluable part of Americana.

Old gunning paint; some separation at the top of the tin head. 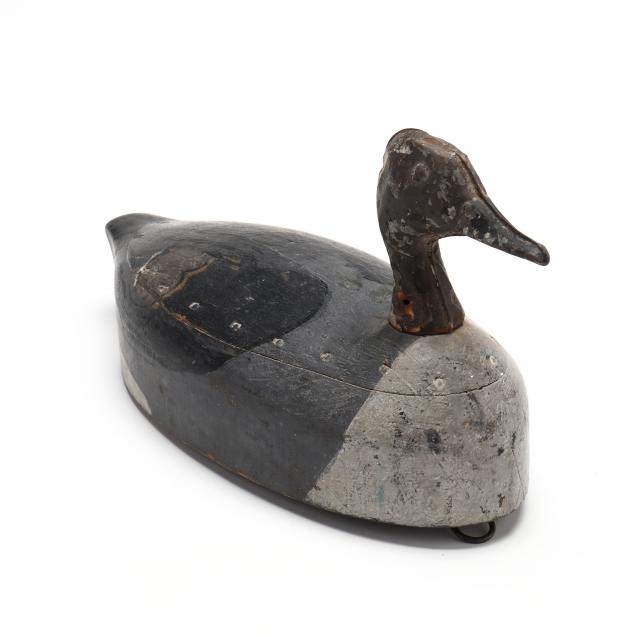 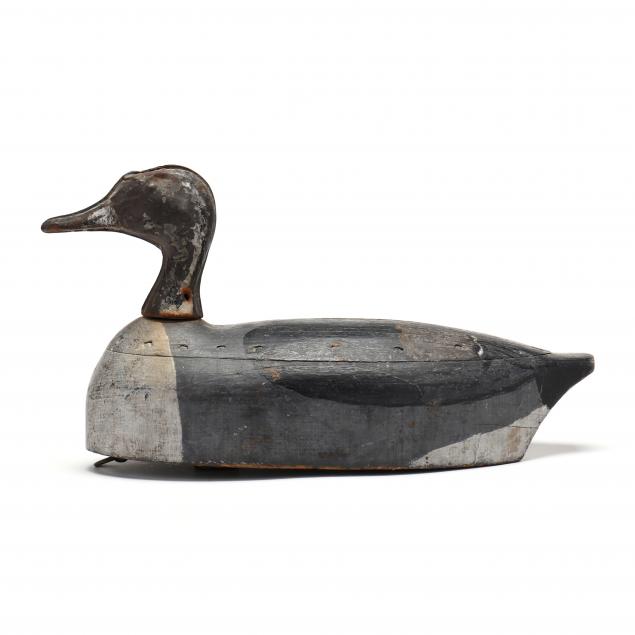 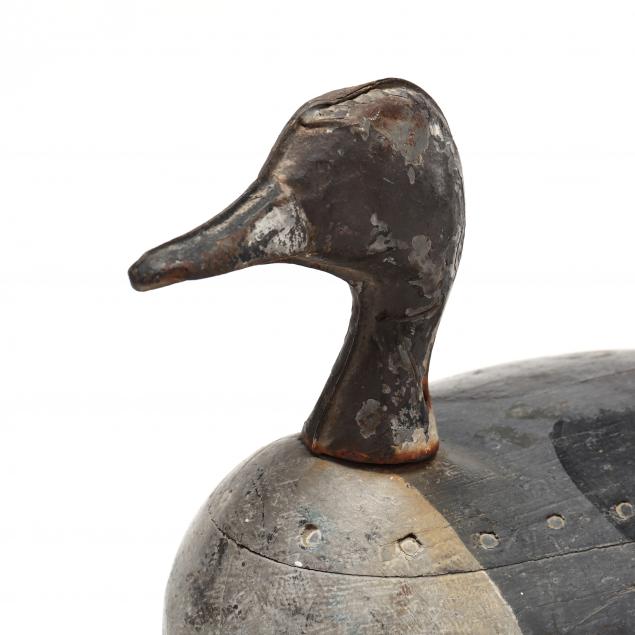 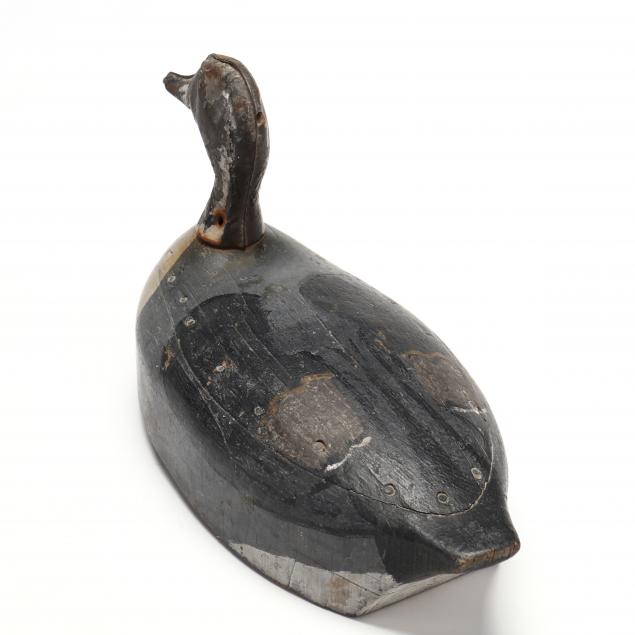 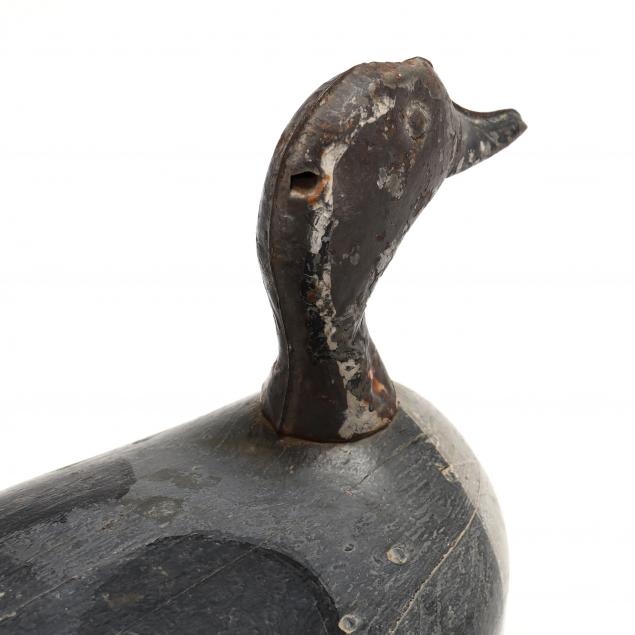 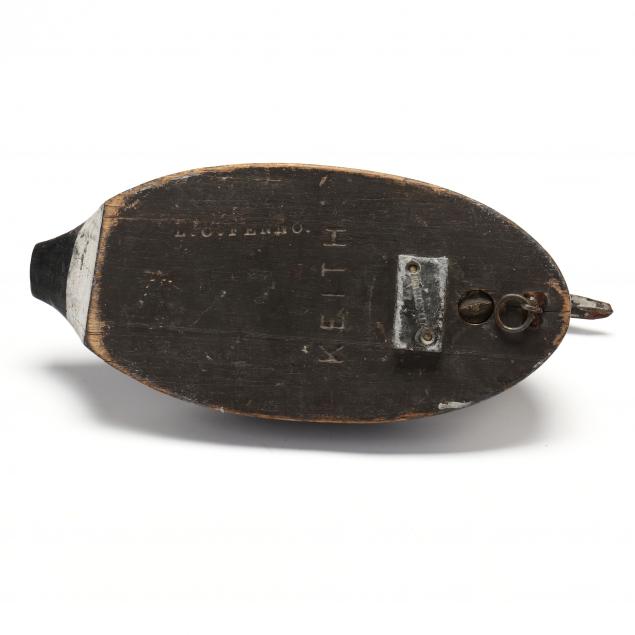 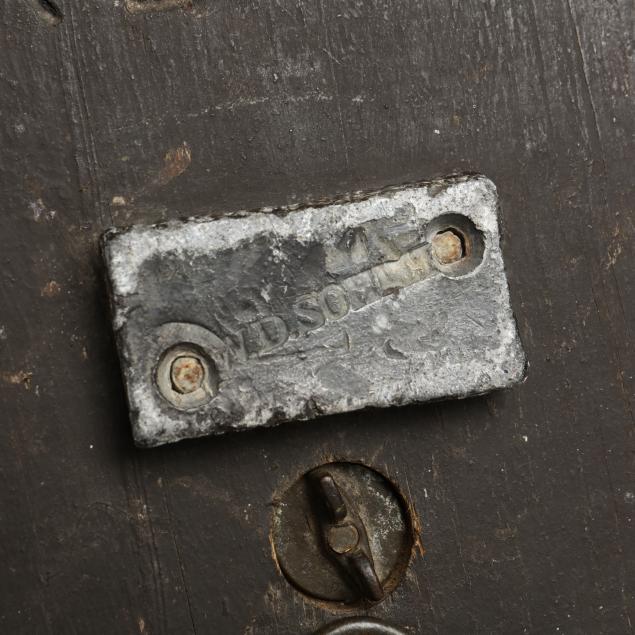 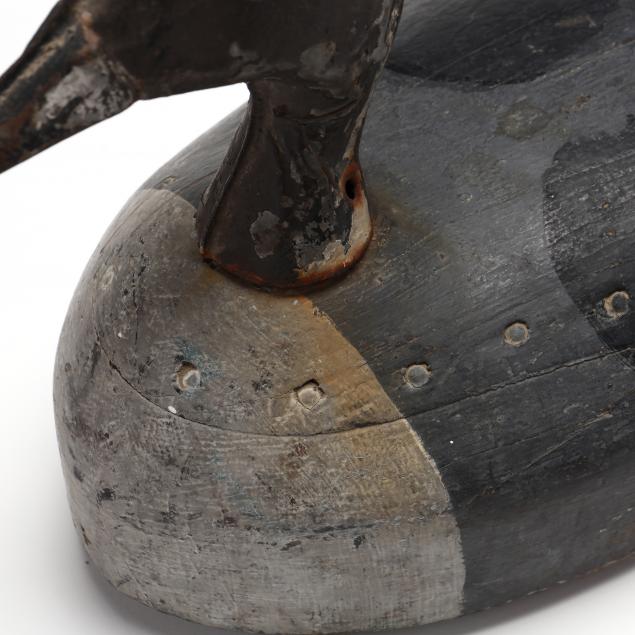 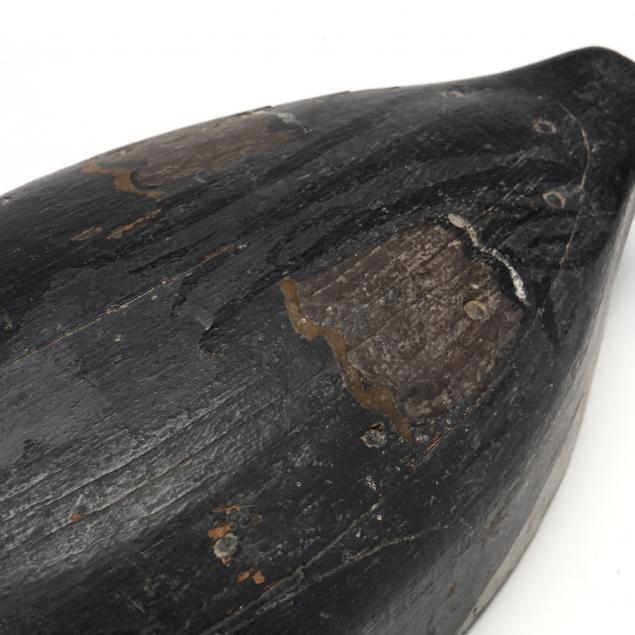