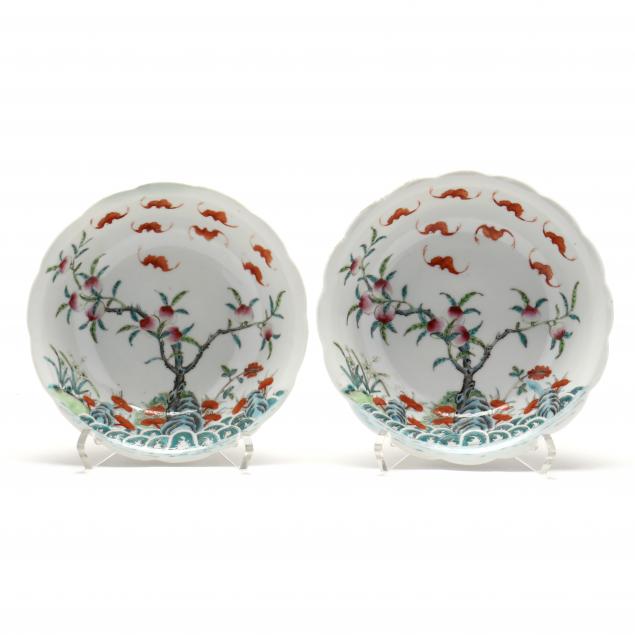 One with chip to foot rim and hairline cracks at rim; some light fretting together with minor glaze kiln defects to rims. 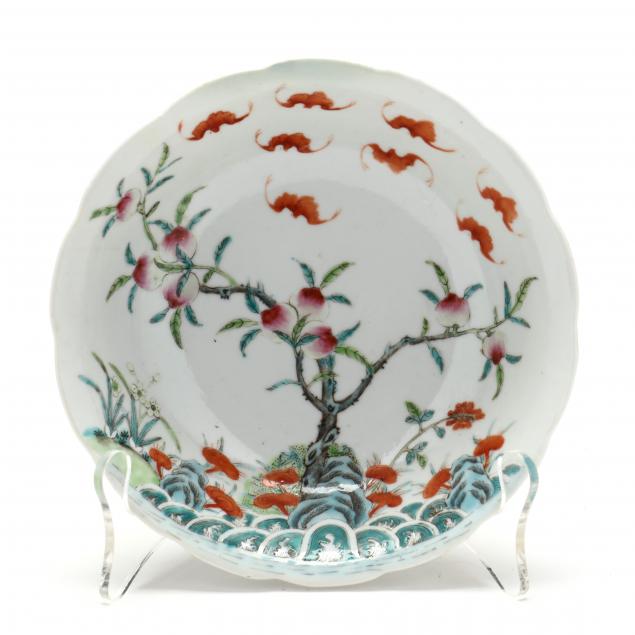 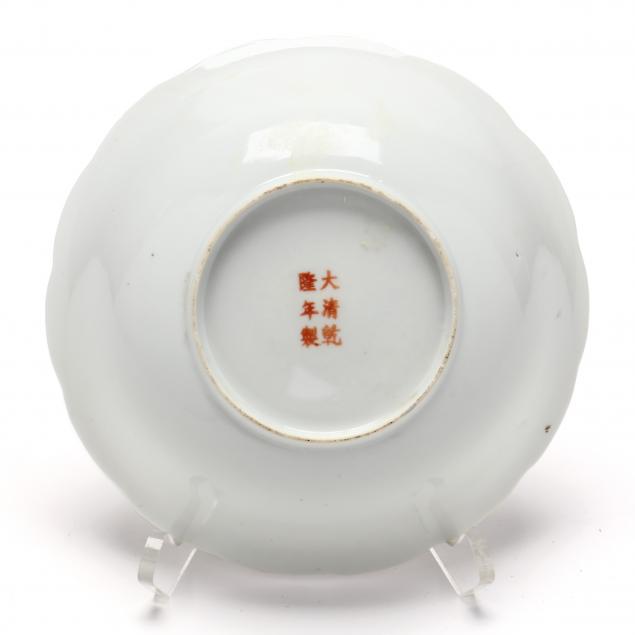 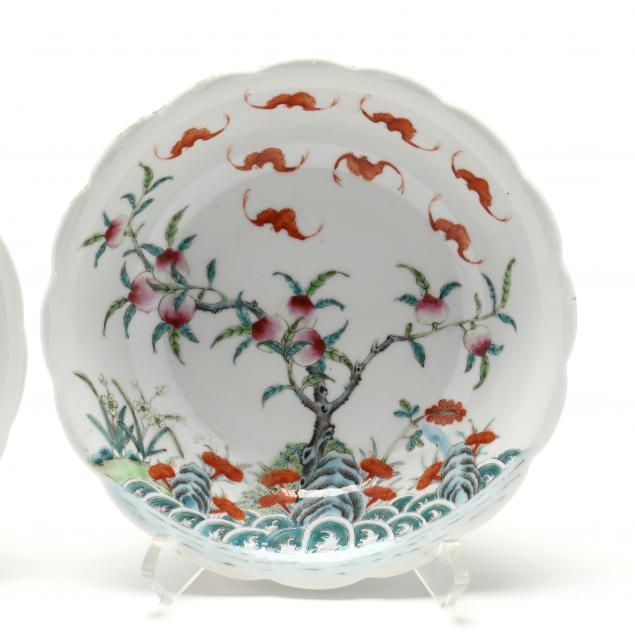 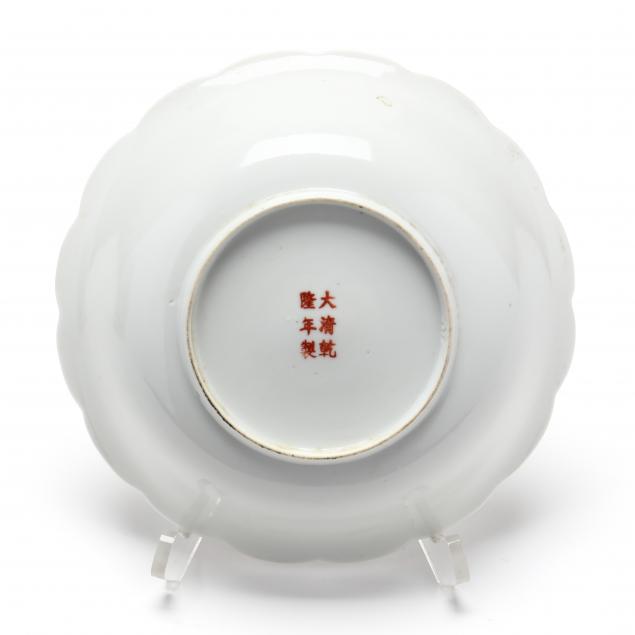