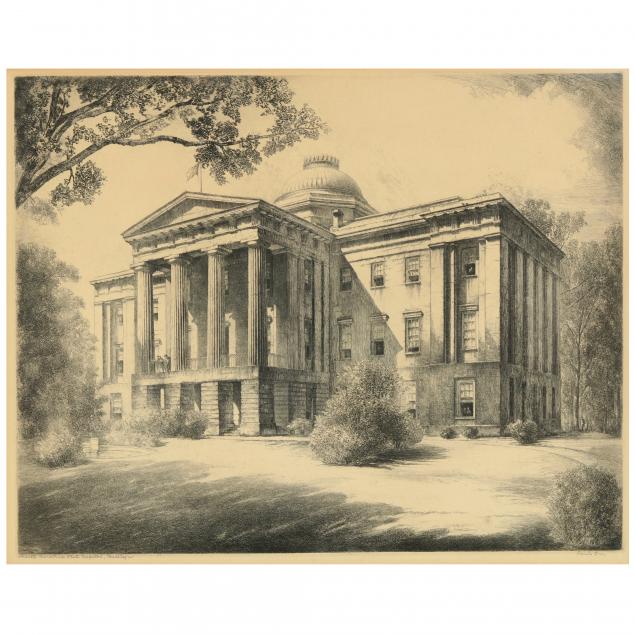 This rare oversized work is the fifty-first etching to make up a complete series of North Carolina scenes by Louis Orr.

Leland Little Auctions would like to thank Charlene Newson with Gallery C, Raleigh for her help in cataloguing this lot.

Some toning; few faint foxing marks; age to framing; not examined out of frame. 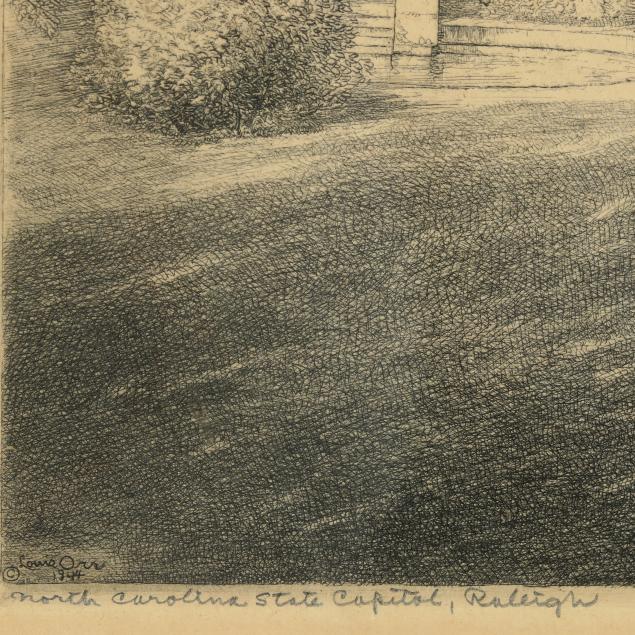 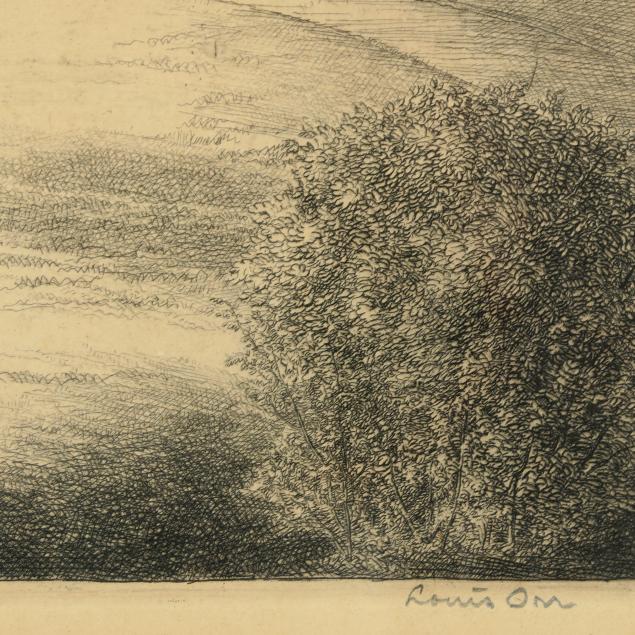 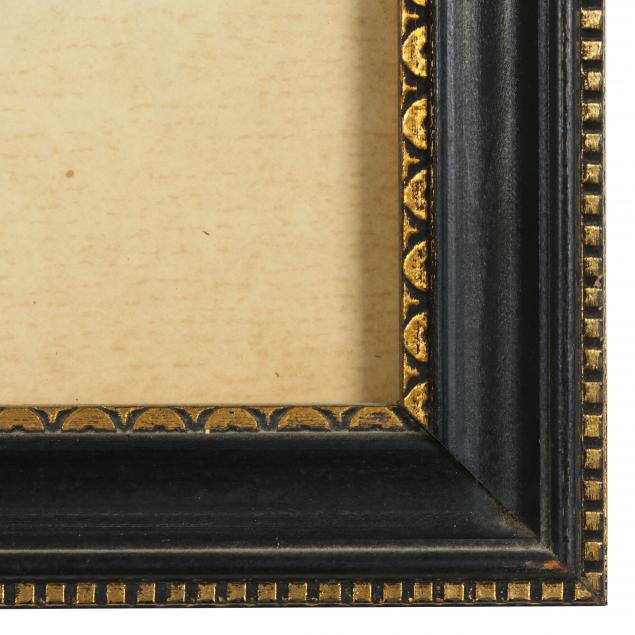 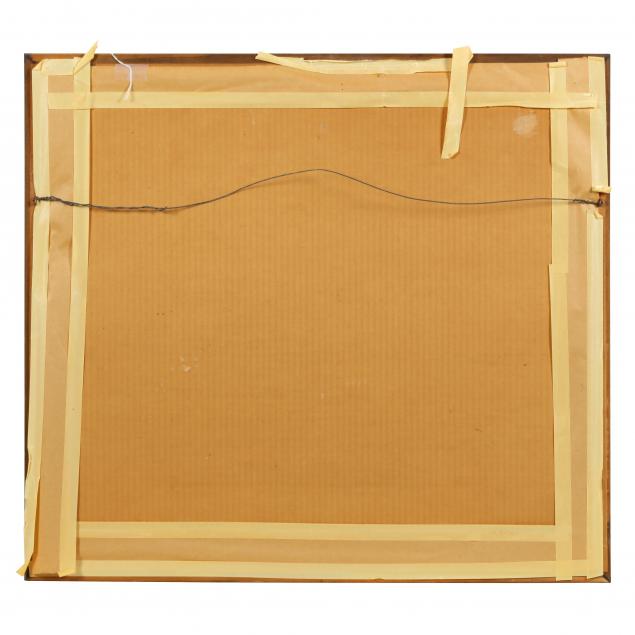