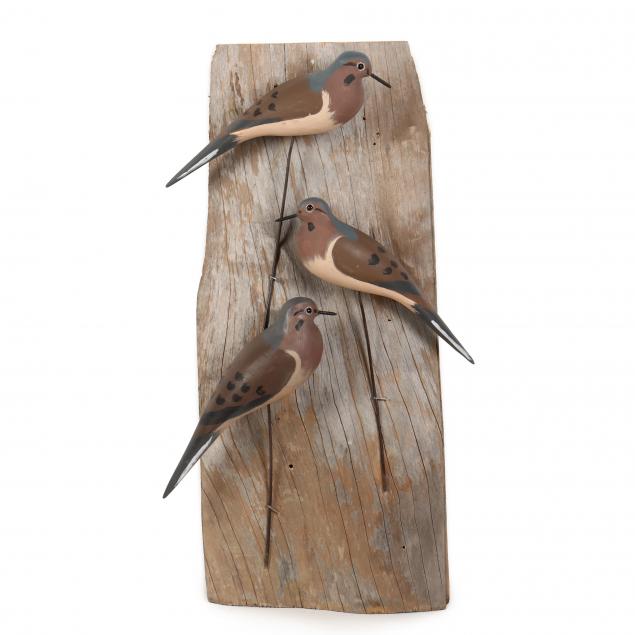 Lot 2007
Stuart Critcher (NC, 1922-2016), Trio of Dove Decoys on Driftwood
Lot Details & Additional Photographs
Raleigh, North Carolina, circa 1980s, carved and painted wood, wire stakes. Stuart Critcher made a rig of dove decoys for Kroghie Andresen in 1992 and they remained in his personal hunting rig until now. These three are from that rig.

Stuart Critcher attended NC State University in 1940 but was called for active duty in the US Army in 1942. He was deployed to the European theatre and was eventually assigned to a military unit in the Battle of the Bulge. He was an anti-tank platoon leader, receiving numerous awards and returned safely in 1945. He then worked for the North Carolina Wildlife Resources Commission for 38 years. He was the true outdoorsman of his time. He was a carver, call maker, hunter, fisherman, and historian by bringing great value to the hunting heritage of North Carolina. 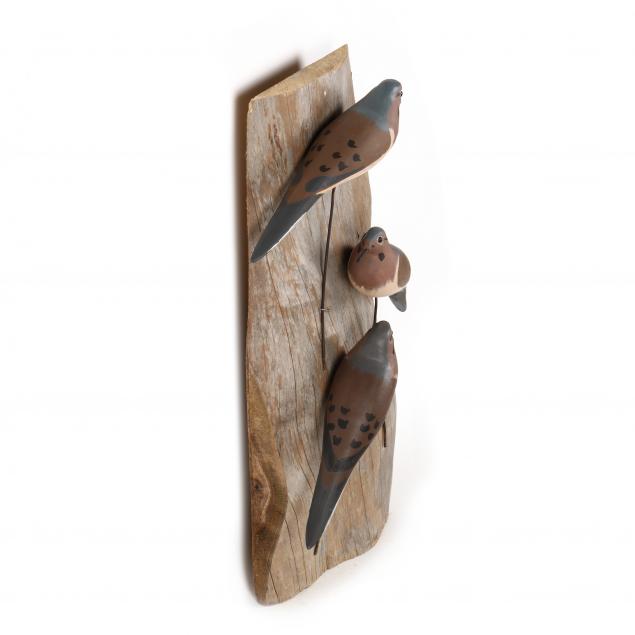 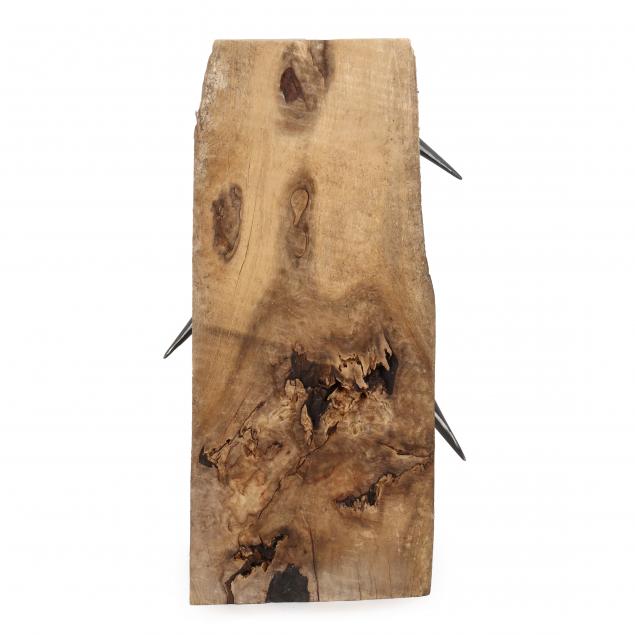 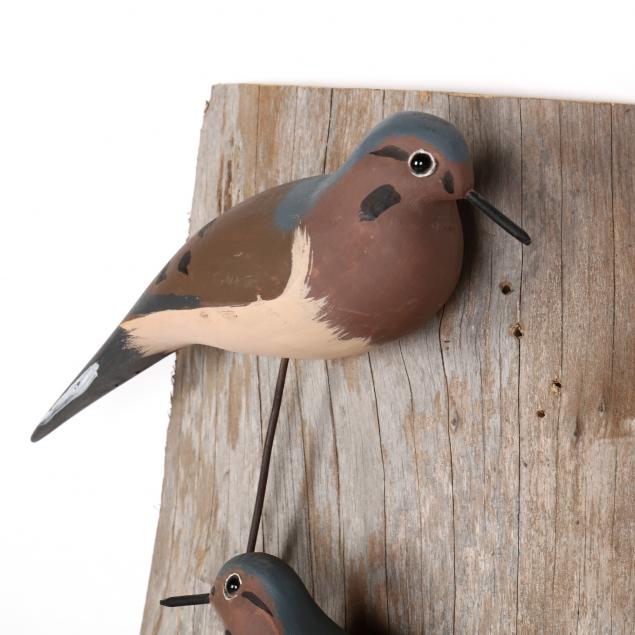 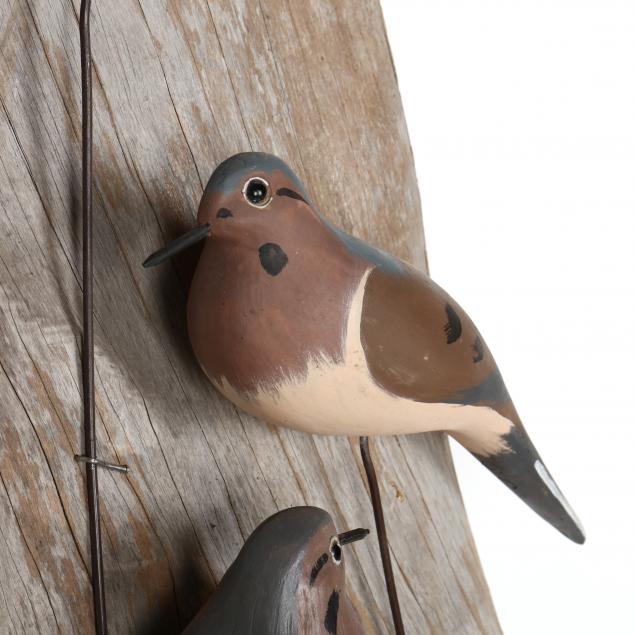 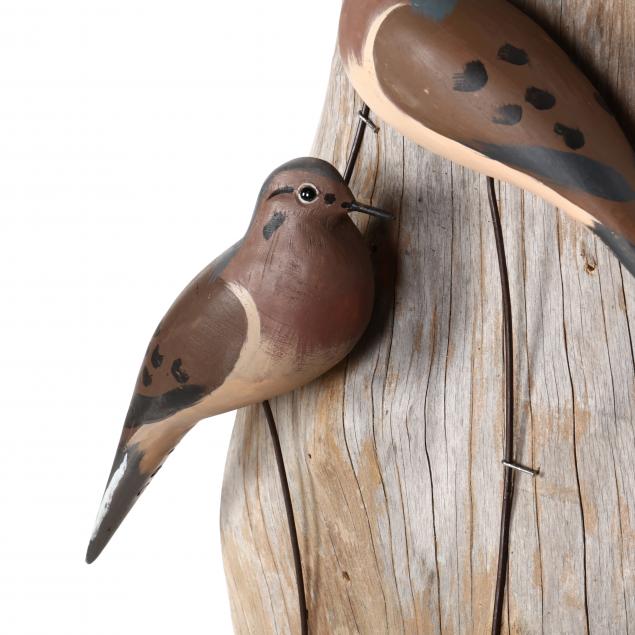 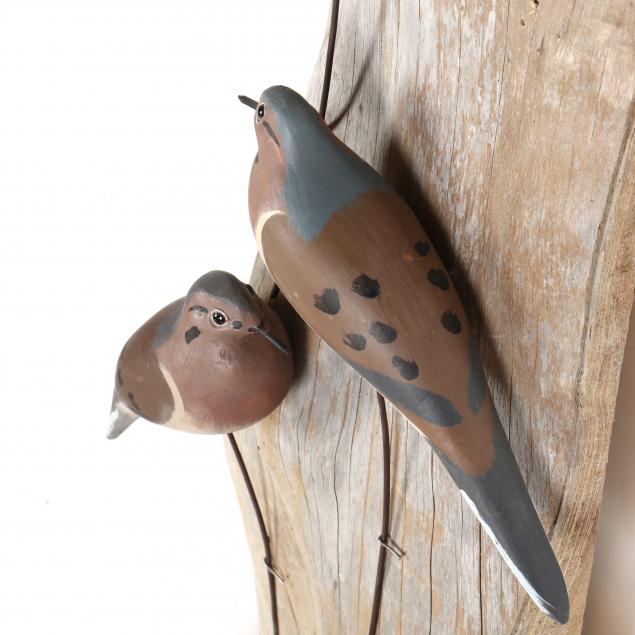