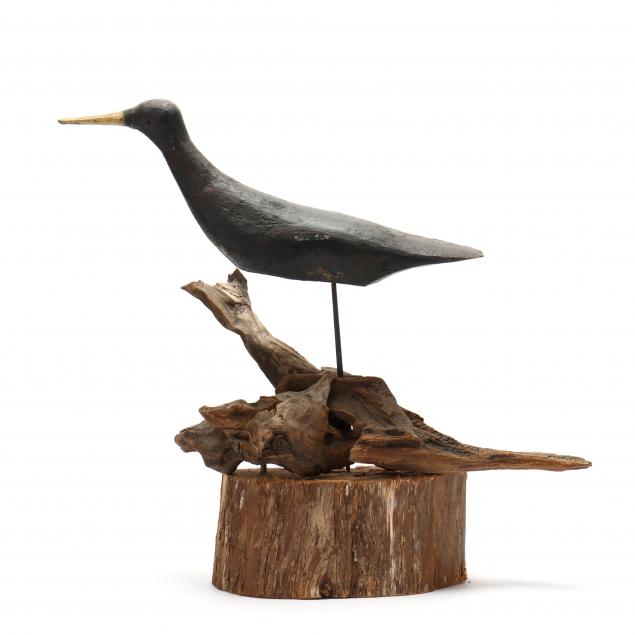 Lot 2048
Early Core Sound Wading Bird Decoy
Lot Details & Additional Photographs
Circa 1900, the maker of this wading bird decoy is unknown but it is attributed as being made and used by a market plume hunter along the North Carolina coast. It was described by T. Gilbert Pearson as a "reddish egret" but is possibly a small blue heron, and was collected by Mr. Pearson who ironically was responsible for stopping this form of market hunting. There is an iron rod inserted into the bottom as it was used as a stick up decoy.

Former collection of the family of T. Gilbert Pearson, first secretary of the National Association of Audubon Society and pioneer waterfowl conservationist.

Pearson made many trips along the North Carolina in the late 1800s and early 1900s observing plumage hunting practices. He would then return to Washington, D.C. where he lobbied to stop the unnecessary slaughter of wading birds and shorebirds. This decoy was mounted on this piece of driftwood just prior to WWI. A letter of provenance is included on Collectable Old Decoys letterhead. 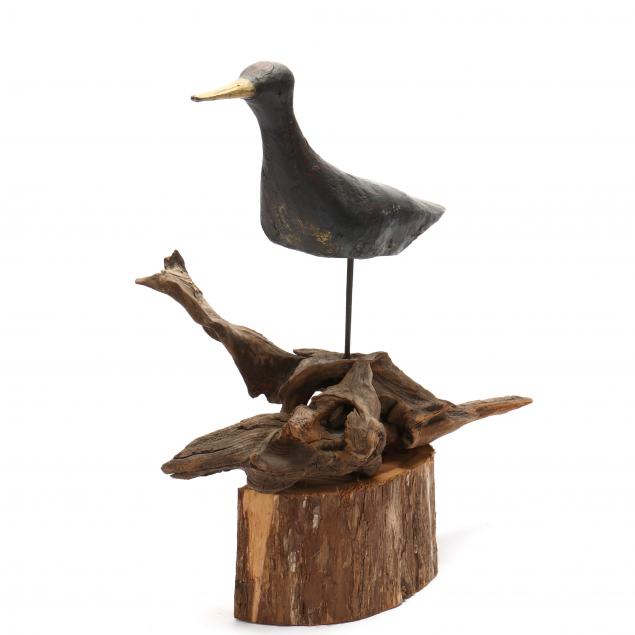 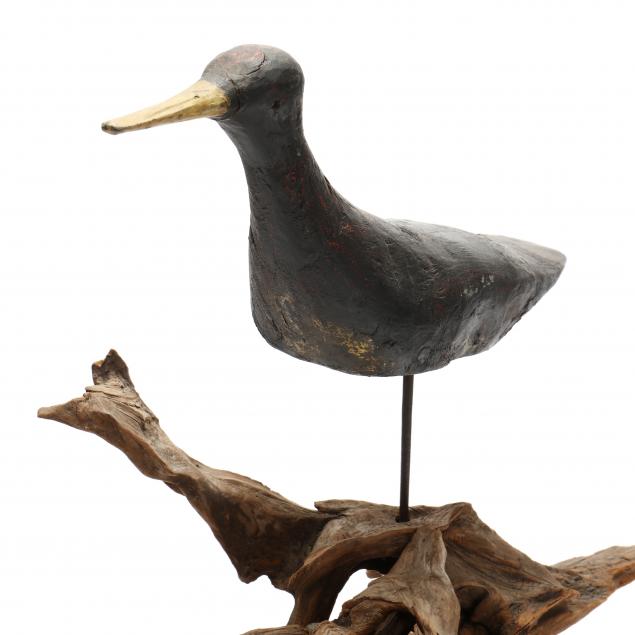 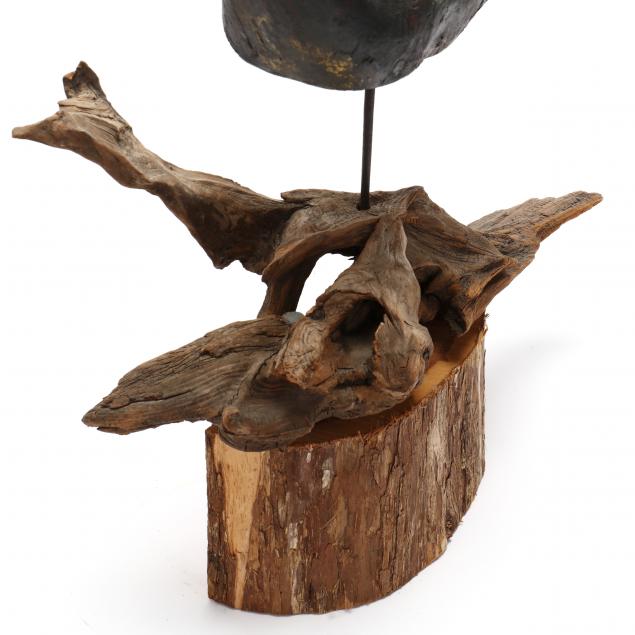 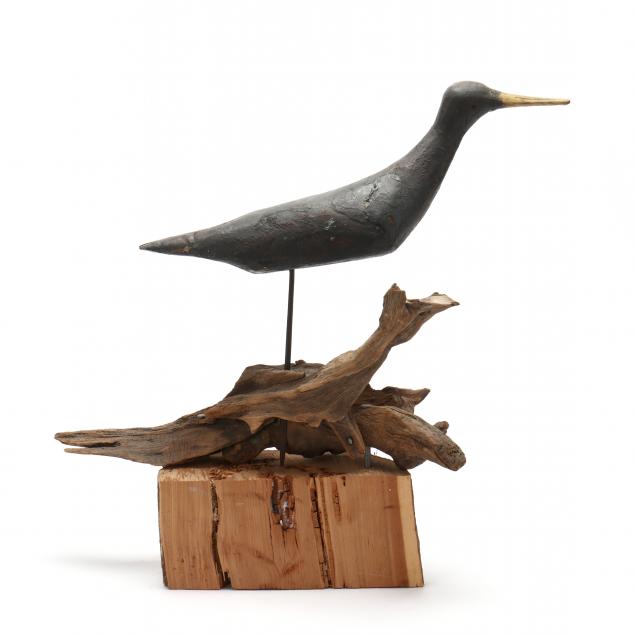 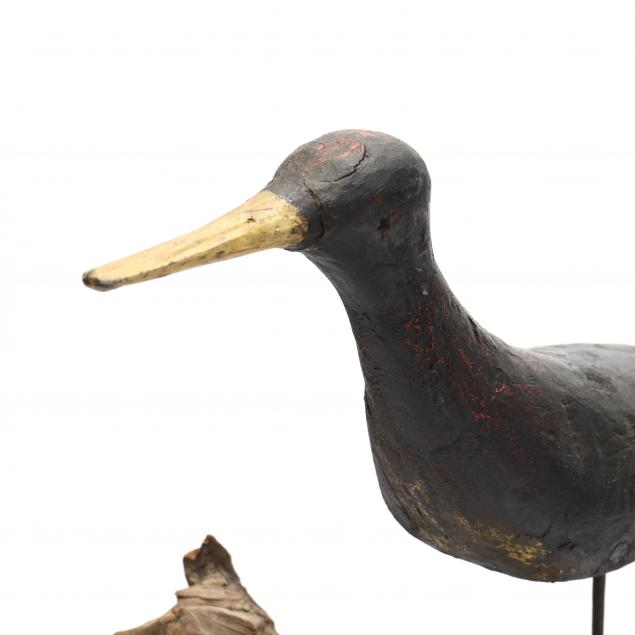 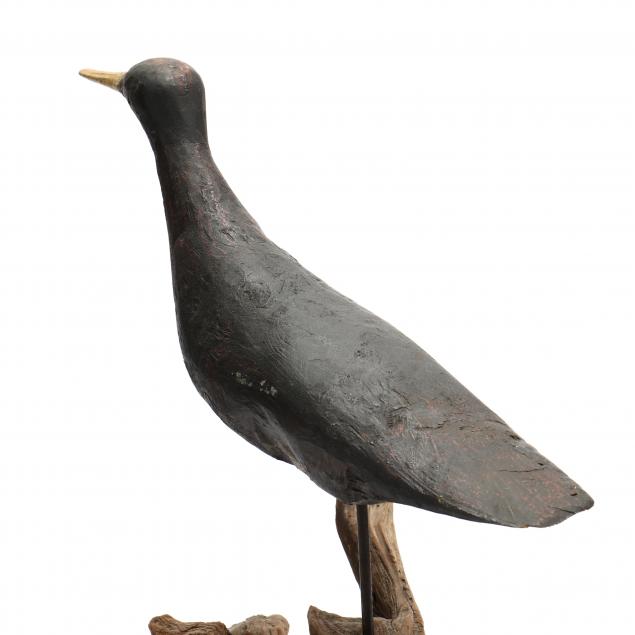