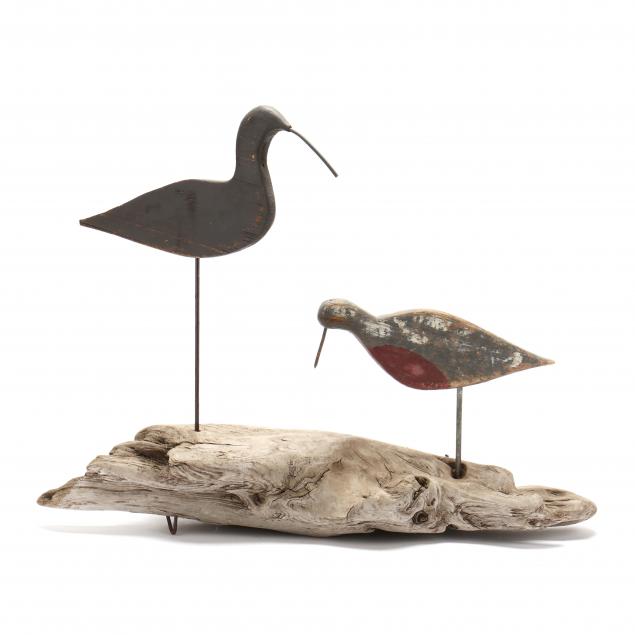 Ammi Hamilton made some of the most significant curlew decoys to come from North Carolina. He was friends with Julian Hamilton, Sr. who inherited his stand of birds when he died. Harry Hamilton grew up in Sea Level, North Carolina, but joined the Coast Guard at the age of nineteen and was first assigned to the Caffey`s Inlet station. There he spent time with Manie Haywood, the Tillets, and learned the art of making canvas over wire decoys. 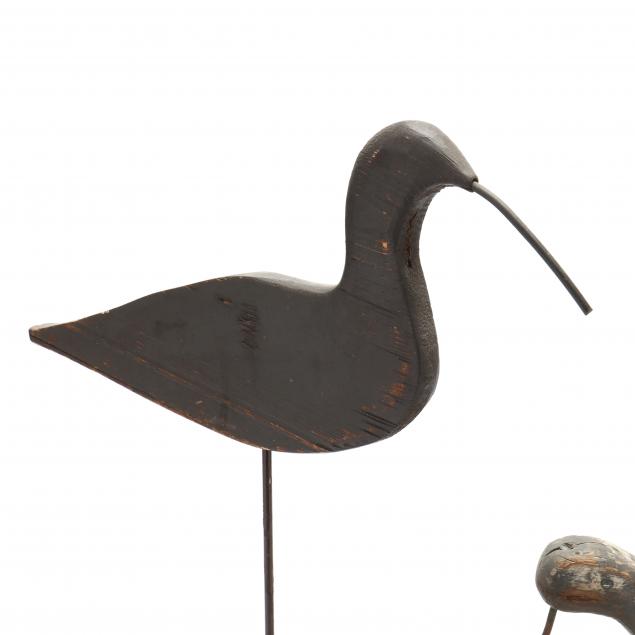 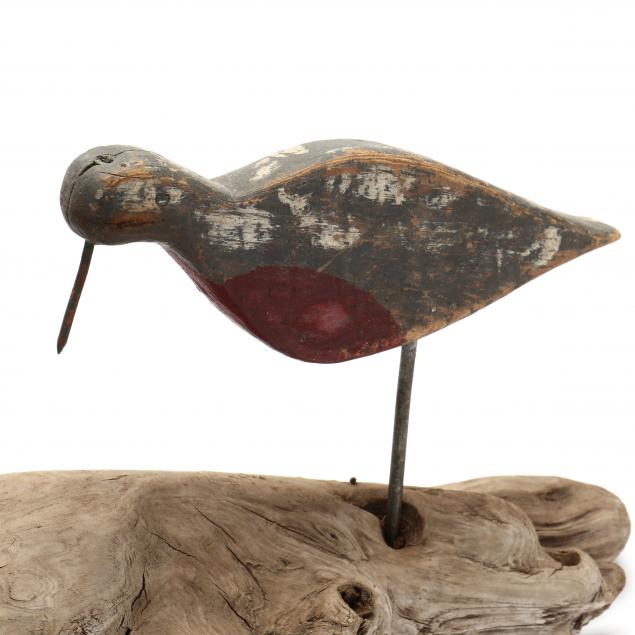 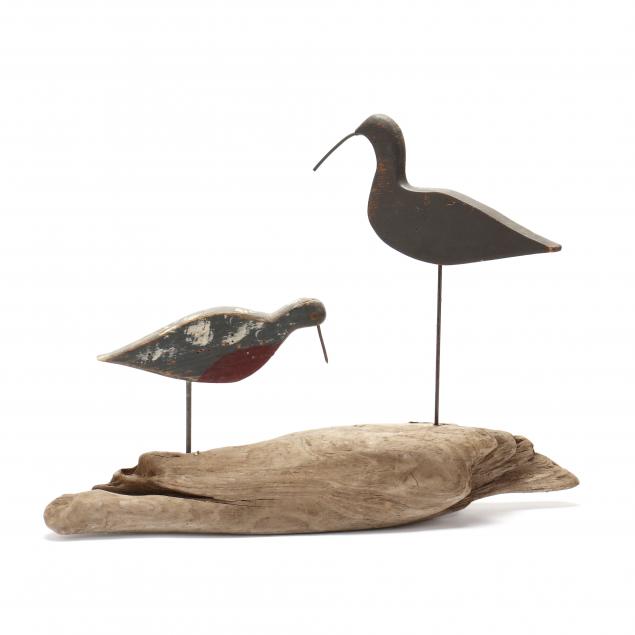 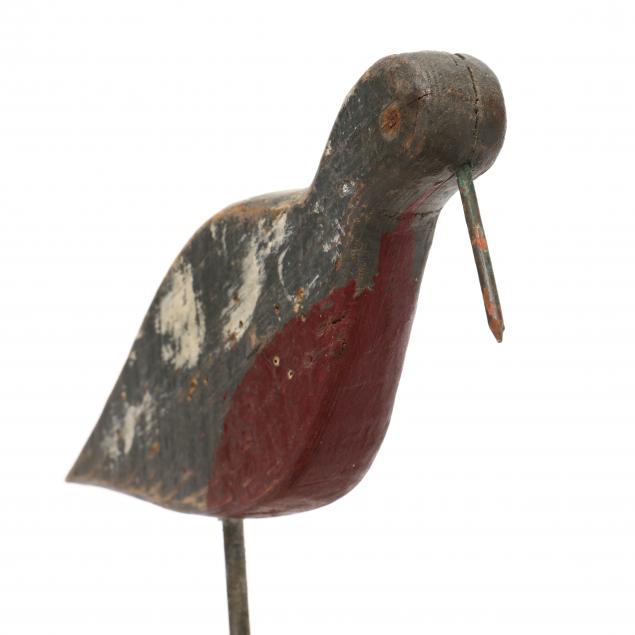 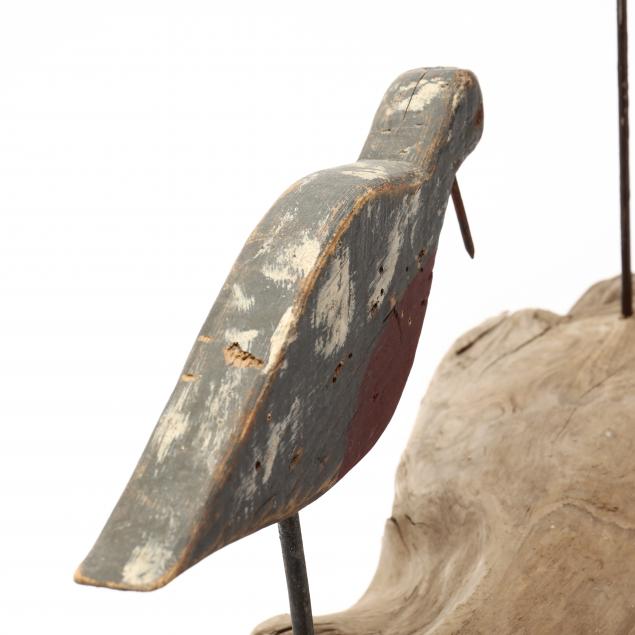 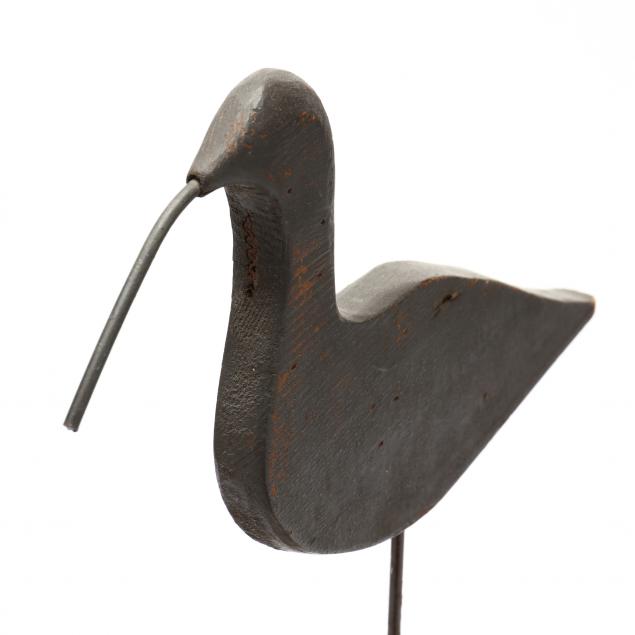 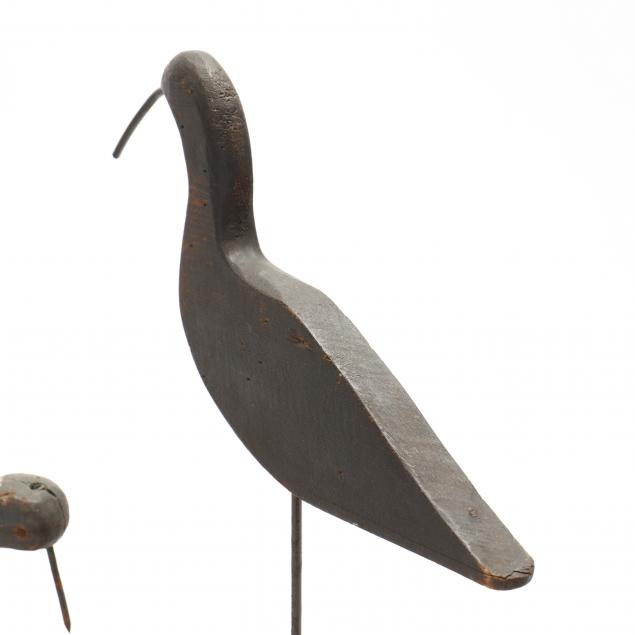