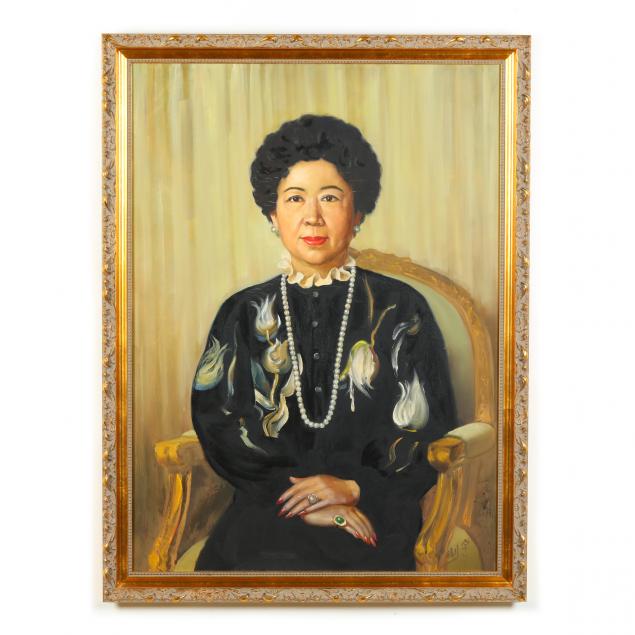 Chen Yanning was born in Guangzhou, China and studied at the Guangdong Academy of Fine Art. After graduating in 1965, he remained in Guangdong Province as a painter for the academy until 1986. During this time, Yanning completed the large scale history painting Chairman Mao Inspects the Guangdong Countryside. This painting was reproduced extensively as posters and became one of the most recognizable propaganda images of the Cultural Revolution.

Chen Yanning traveled to the United States in 1987 at the invitation of contemporary Chinese art collectors Mei Li and Robert Hefner III. The following year he graduated from Oklahoma State University and remained on campus as an instructor at the university's Art Department.

In 1991, Yanning was awarded the national prize in a portraiture competition with the Federation of British Artists in England. His commissions include many prominent sitters, including Queen Elizabeth II, The Duke of Edinburgh, Richard Branson, Jane Asher and more. His paintings have been exhibited and acquired by numerous prominent museums and galleries, including the Chinese National Gallery, Asia Society of New York, National Galleries Scotland, and the Long Museum in Shanghai.

Lily Ai-Shiu Hwa Chow was born in Shanghai, China on July 1, 1925 into a family of talented artists in the restoration and appraisal of antique paintings and calligraphy. With the support of her family, she studied nursing and graduated in 1945 from the Lester Nursing School in Shanghai.

While working as a nurse, she met Philip Lia-Pin Chow, a pilot and her future husband. Following the Communist Government takeover, she and her family fled China and settled in Taiwan. After ten years in Taiwan and six years in Thailand, Lily and her family immigrated to Falls Church, Virginia. By 1974 they were living in Raleigh, North Carolina and owned several successful restaurants.

Lily Chow was a woman of great talents, spirit and taste. Her passions, outside of family and friends, included the Peking Opera and jewelry collecting. She was a tireless advocate for promoting China's outstanding national culture and art. It is only fitting that she chose Chen Yanning, one of the preeminent contemporary Chinese artists to paint her portrait.

Some horizontal cracks to dark pigment of hair and shoulders of sitter; minor craquelure in lower right corner of canvas; some accretions to verso of canvas. 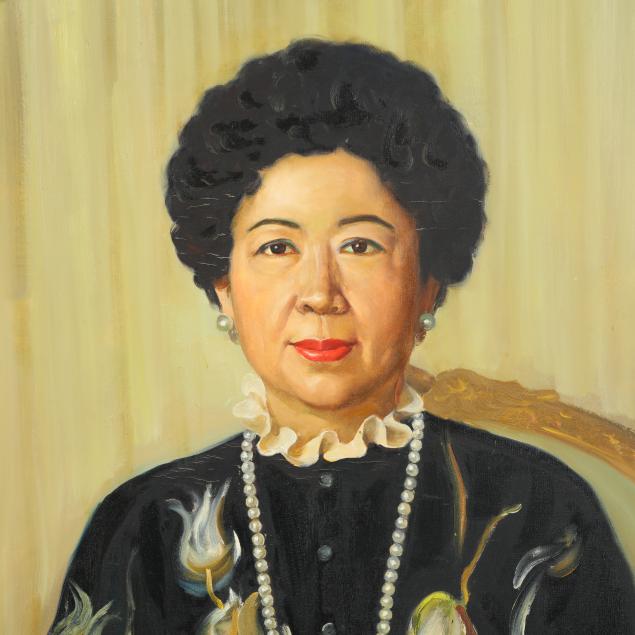 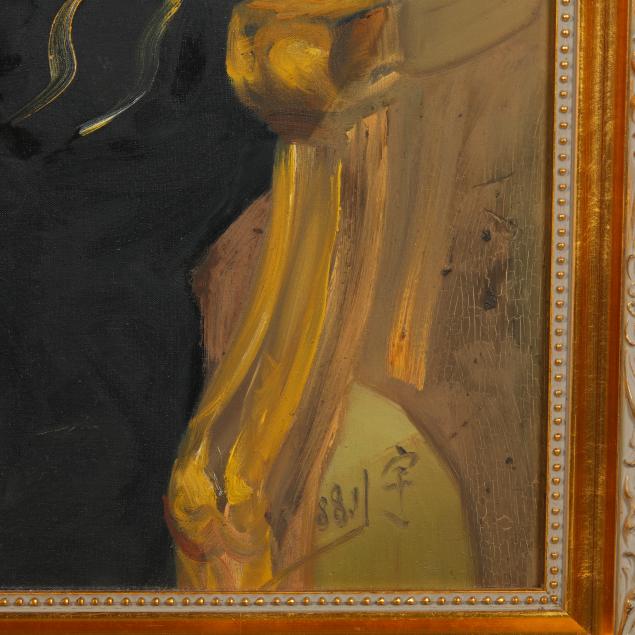 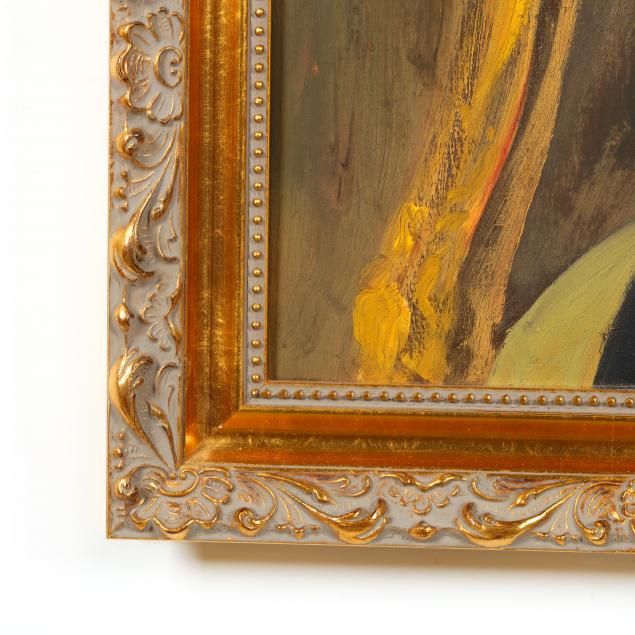 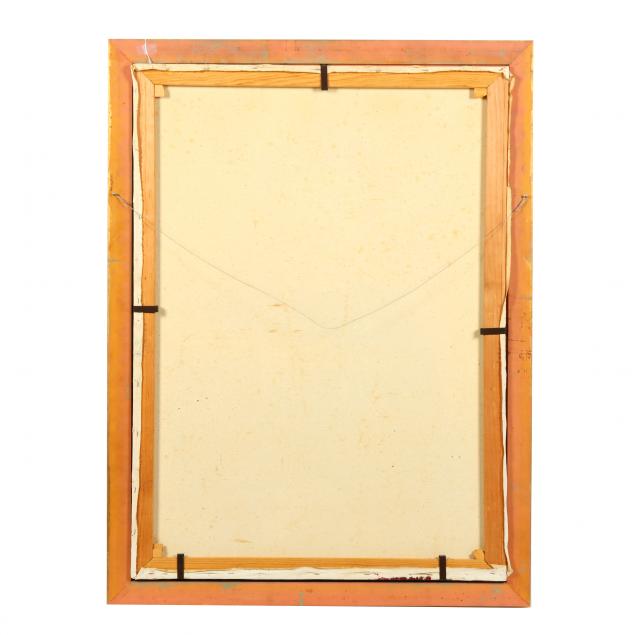