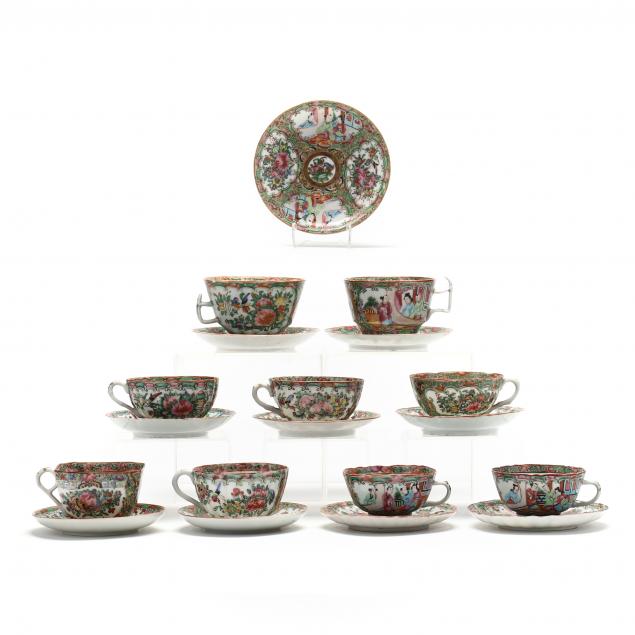 Lot 7
A Collection of Chinese Porcelain Rose Medallion Teacups and Saucers
Lot Details & Additional Photographs
19th and 20th century, porcelain hand painted in Rose Medallion pattern with colorful enamels against a gold ground with traditional decoration of shaped medallions alternating between birds and flowers and figures in architectural scenes, includes an assortment of saucers and teacups, some with scalloped edges, some larger and some square, saucers are all round with some having scalloped borders nine teacups (largest 2 3/4 in.)(two with hairline to rim; one with hairline to rim and chip to foot; two with minor rim nicks; one with chips to rim) and ten saucers (largest 5 1/2 in. diameter)(three with rim chips).

From the Collection of the late Betty Smallwood, Charlottesville, VA 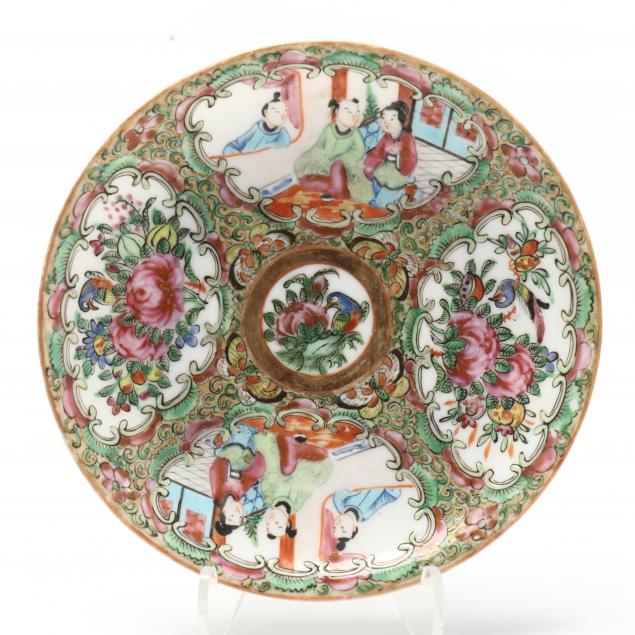 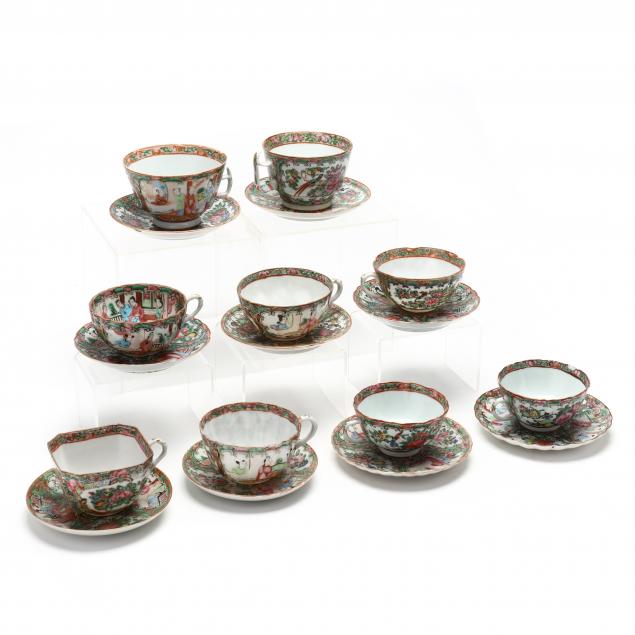 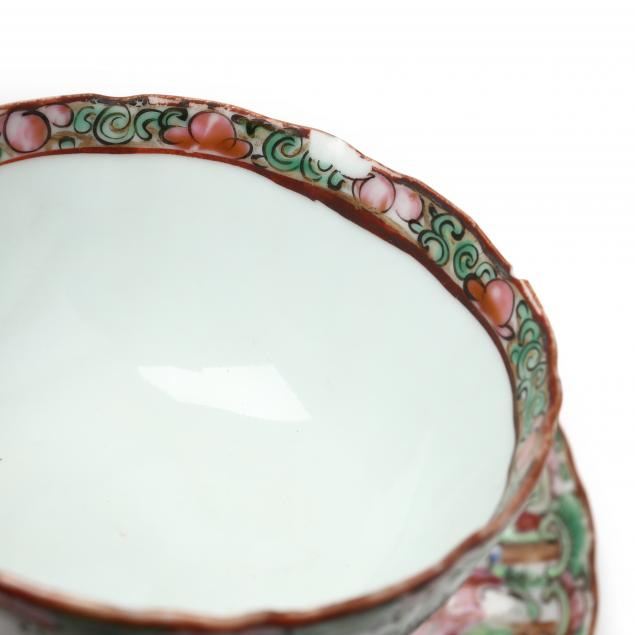 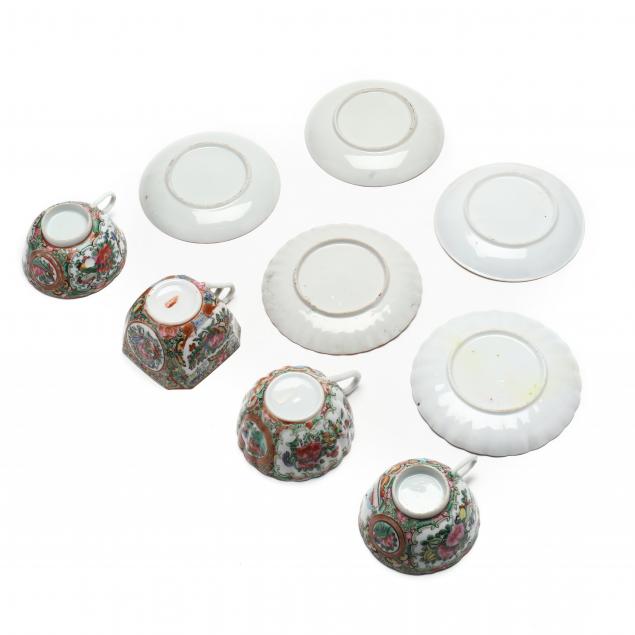 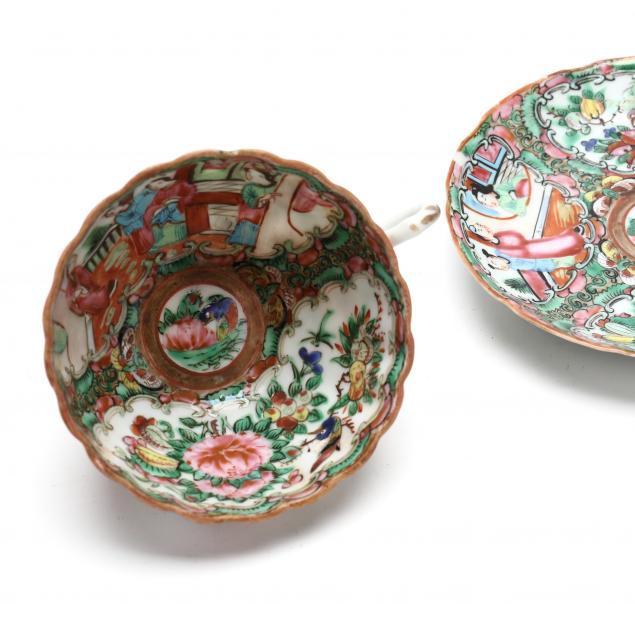 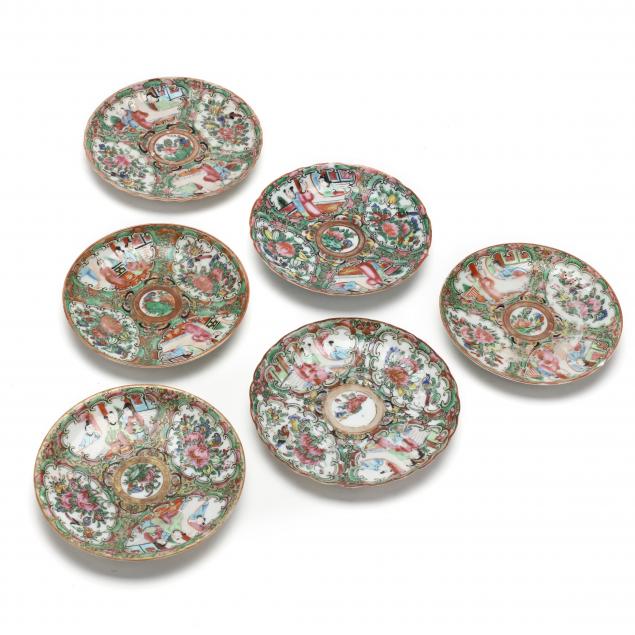 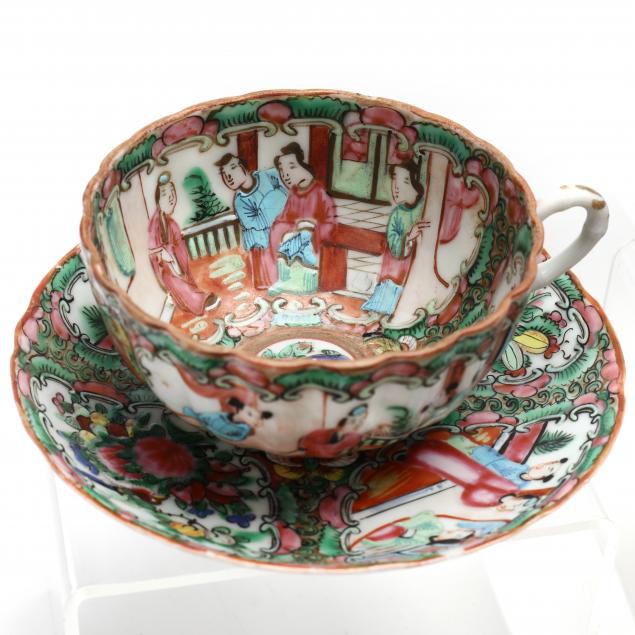 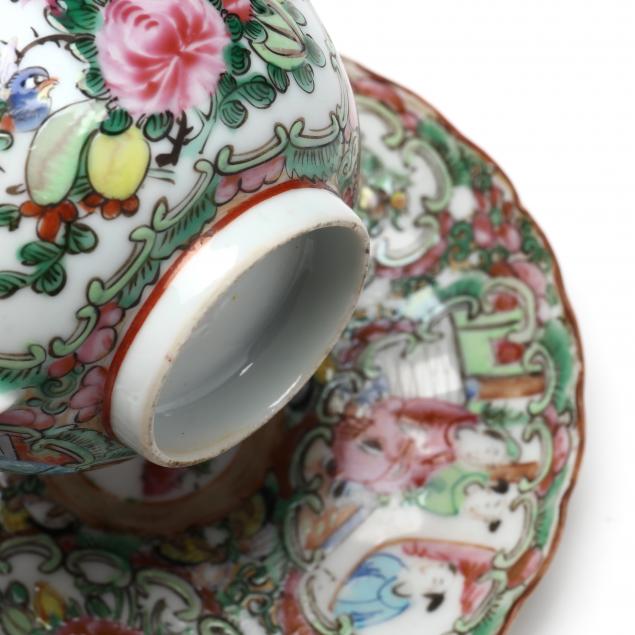