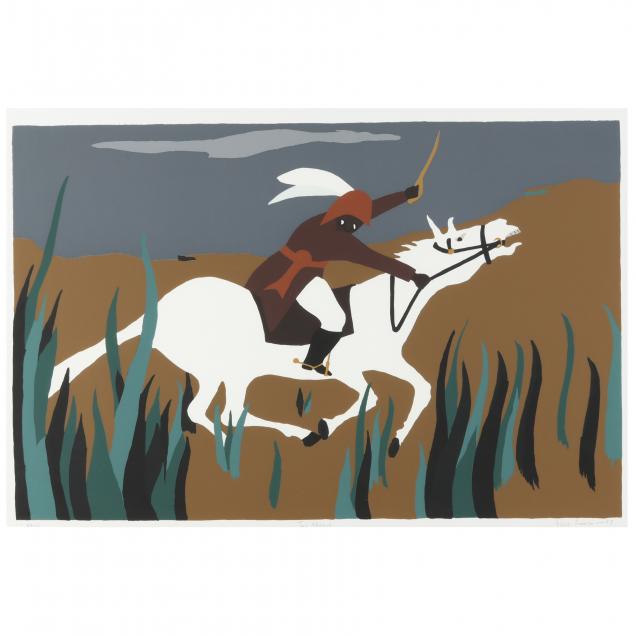 Born in Atlantic City, New Jersey, Jacob Lawrence became known for his narrative series in tempera expressive of his own life and that of his Black peers who migrated from the South to the North. His vivid collage-appearing canvases typically have bold planes of color and symbolic elements of African American heritage of struggles, aspirations, and accomplishments.

A strong impression on what appears to be a bright, clean sheet; few minor margin marks; not examined out of frame. 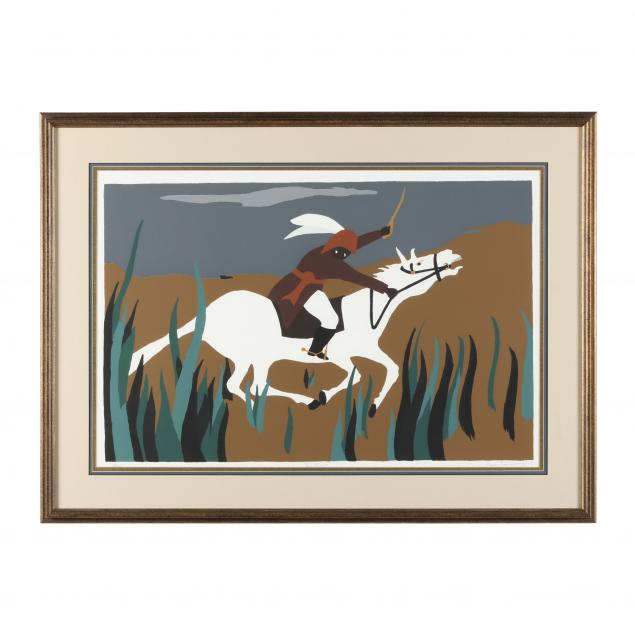 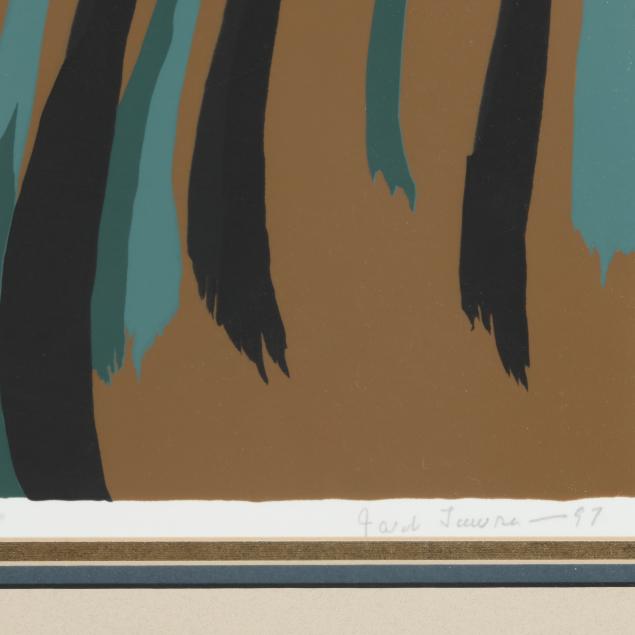 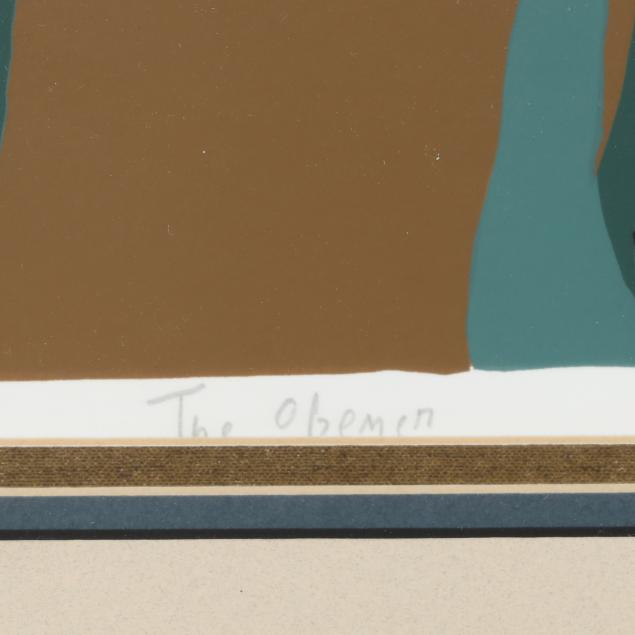 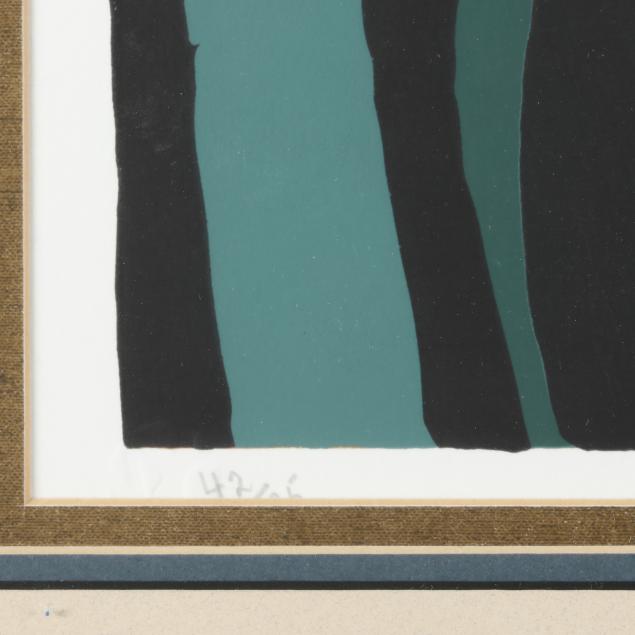 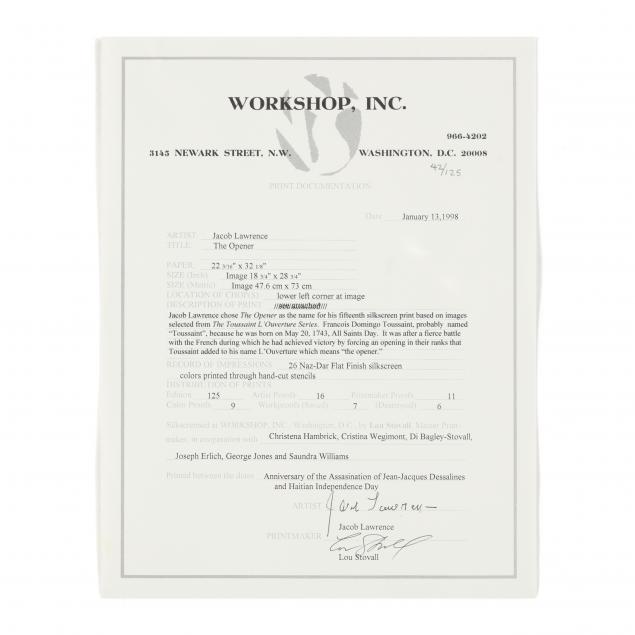