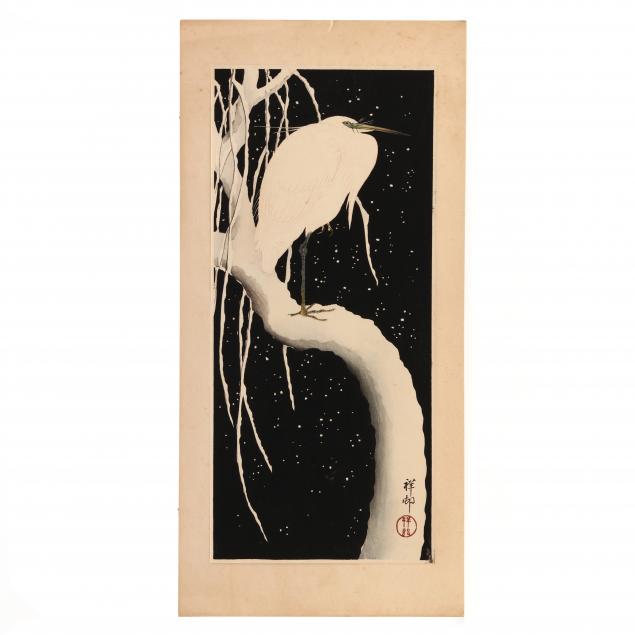 Lot 97
Ohara Shoson (Koson) (Japanese, 1877-1945), Egret on Snow Covered Branch
Lot Details & Additional Photographs
Circa 1910s, ink and colors on paper, woodblock print, an egret is perched on a snow covered branch against a black ground with scattered flakes of falling snow, signed to the lower right corner together with red artist's seal, presented loose with top of print secured to a paper mat.

Koson Ohara (Shoson) was a master of early 20th century kacho-e (bird-and-flower pictures). With meticulous detail, soft color, and a palpable reverence for flora and fauna, Koson carried the genre into the modern era. He began his artistic career studying painting under the Shijo-style master Kason. Around the turn of the century, Koson became a teacher at the Tokyo School of Fine Arts, where he met Ernest Fenollosa, an American collector, scholar and admirer of Japanese art and culture, who persuaded Koson in 1905 to export his bird prints to American art collectors. His earliest and rarest designs were notable for their narrow formats and soft colors. 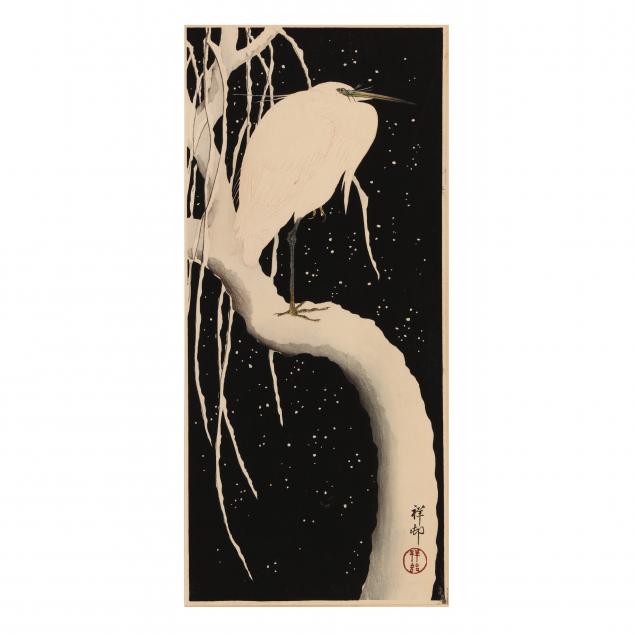 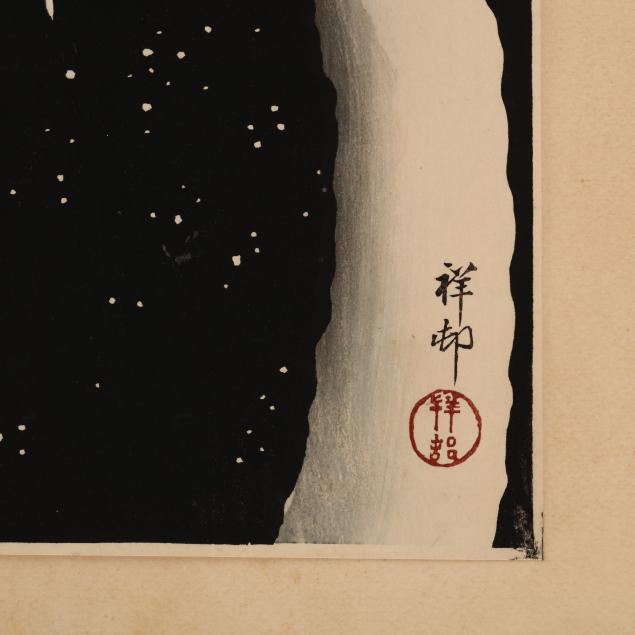 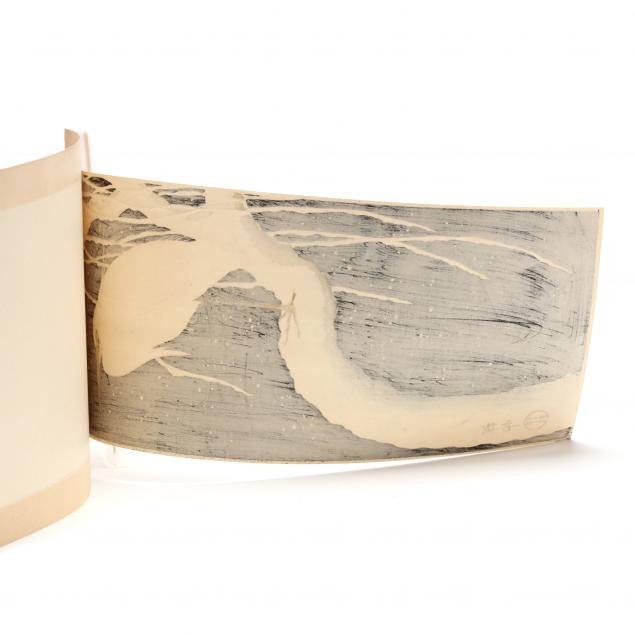 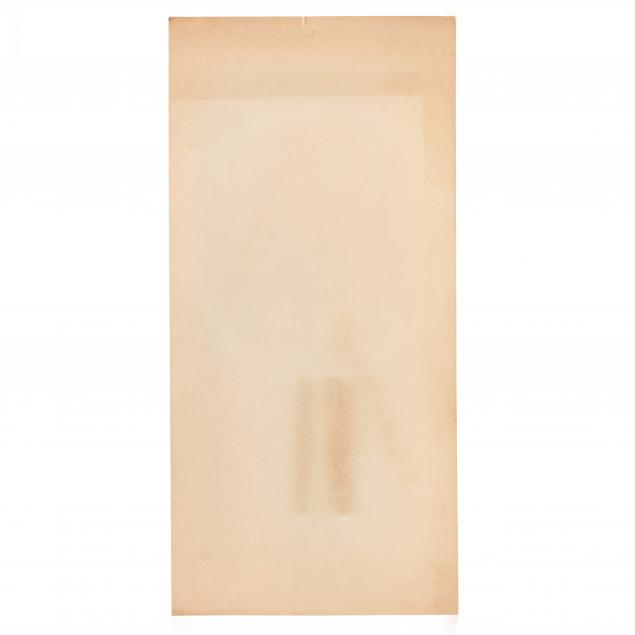