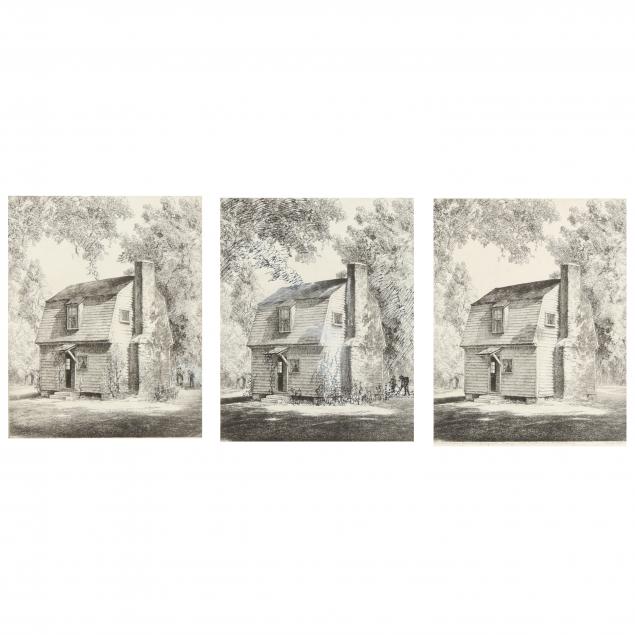 Lot 2226
Louis Orr (American, 1879-1961), Three Preparatory Proofs with Drawn Additions for President Andrew Johnson's Birthplace, Raleigh, North Carolina
Lot Details & Additional Photographs
Etchings, each a proof for Orr's series of North Carolina landmarks completed between 1939-1952, the first two with pencil, black ink, and white heightening over etching, both with hand-drawn additions of the figures to the right of the house; the third an etching with pencil signature and inscription indicating it is a proof before the figures and vines on cabin were added, unframed.

Scattered creases, spots and stains, commensurate with preparatory nature of these proofs. 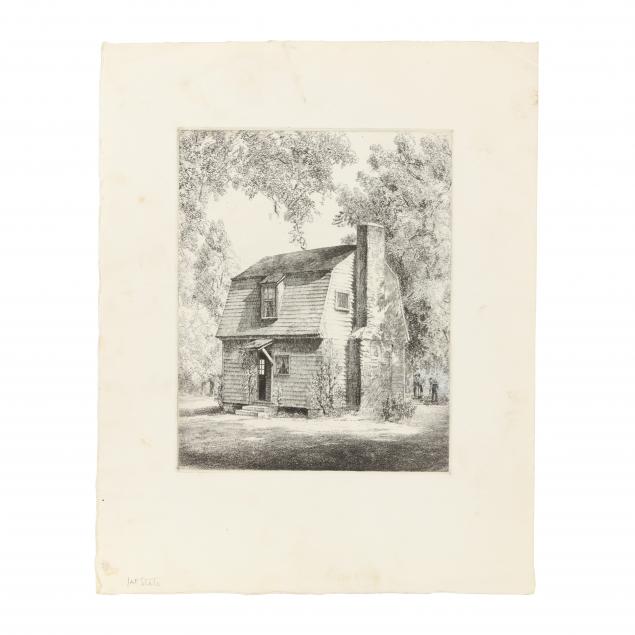 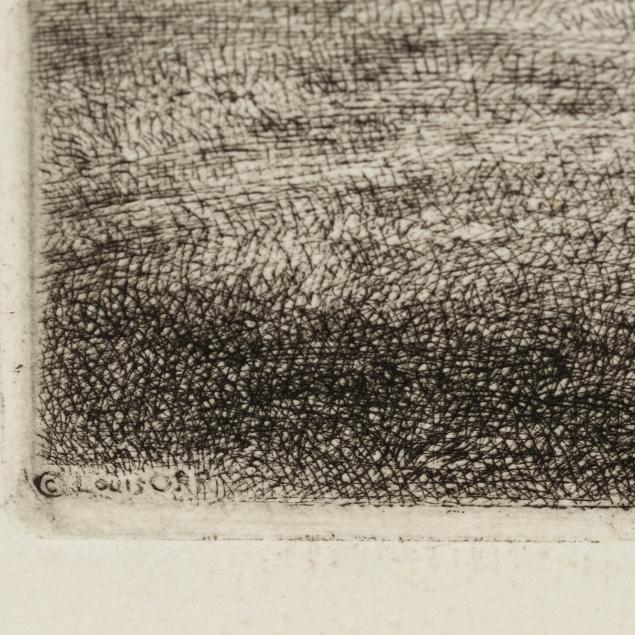 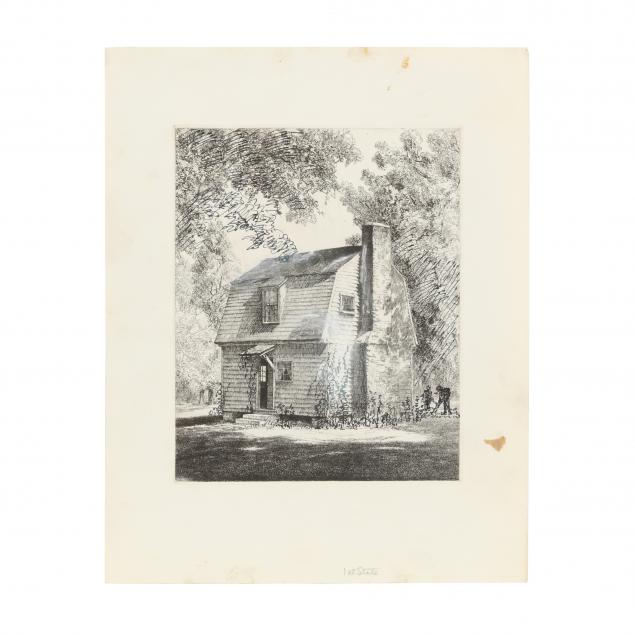 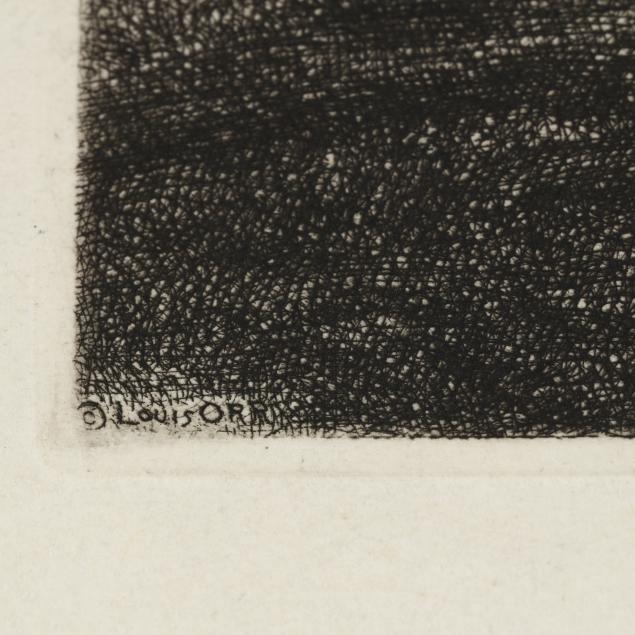 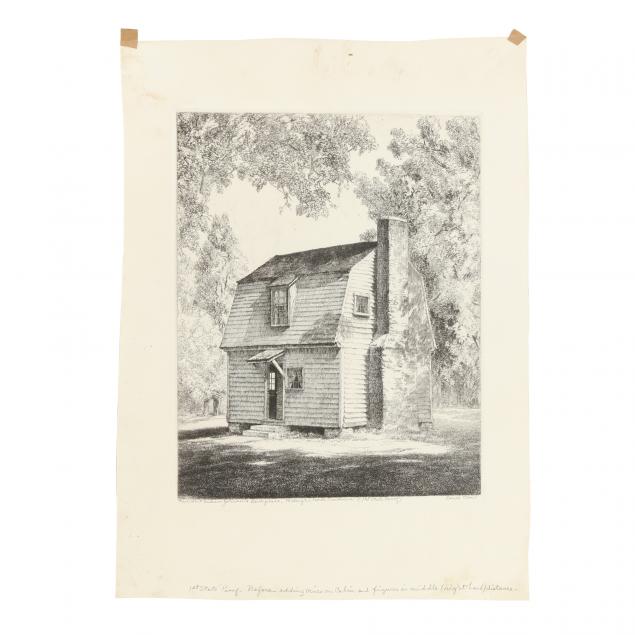 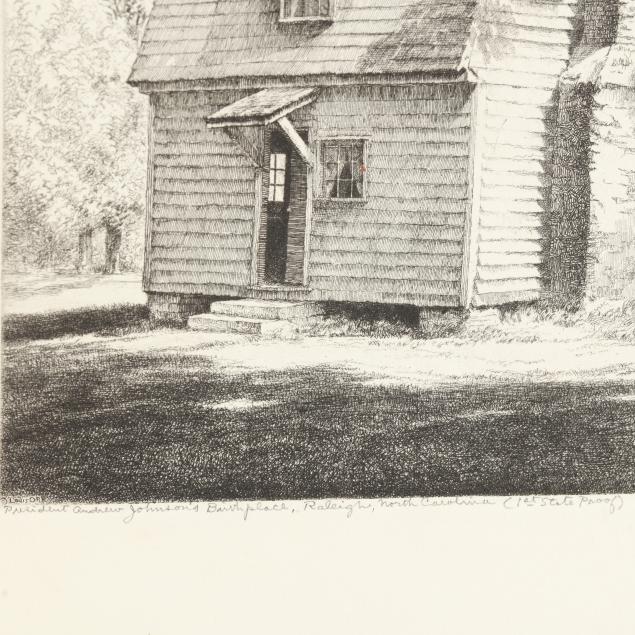 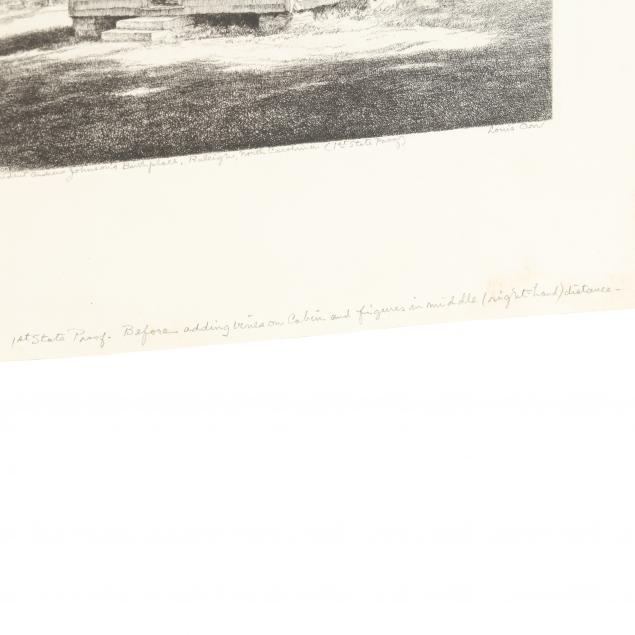 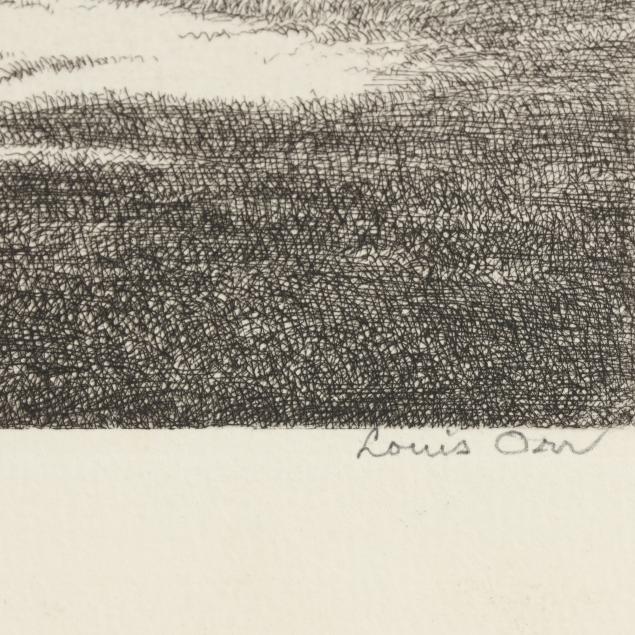 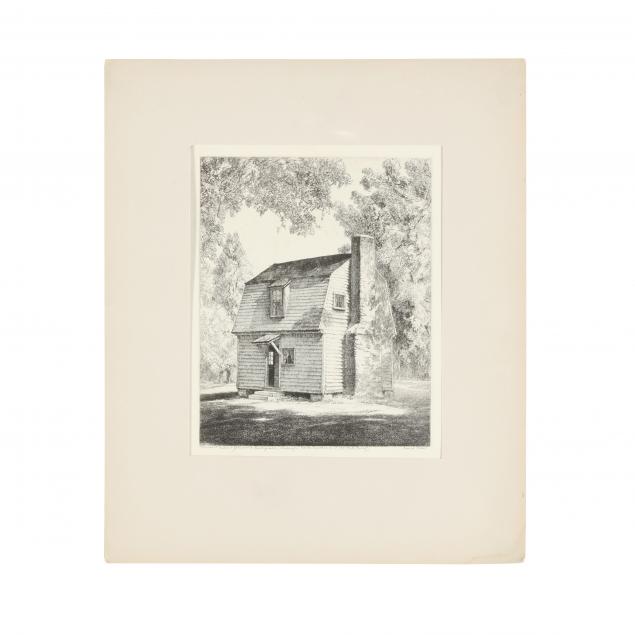 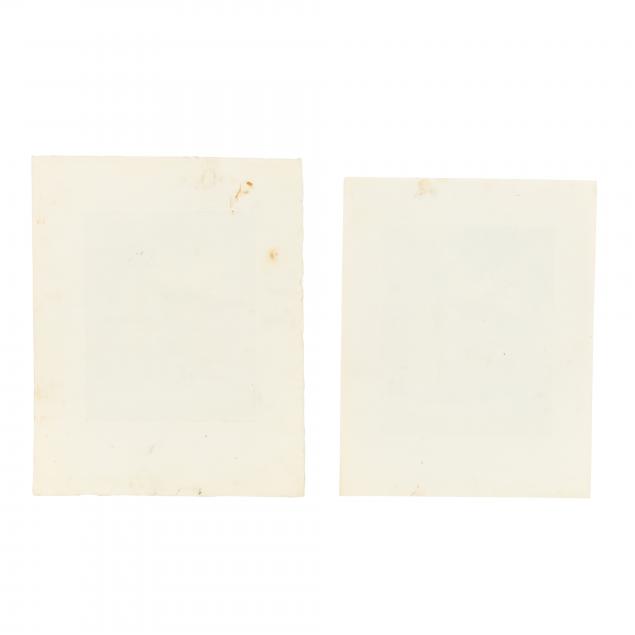 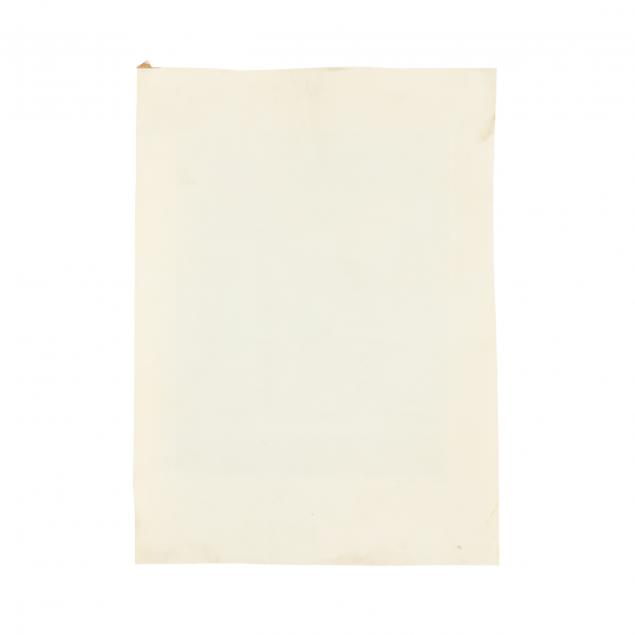