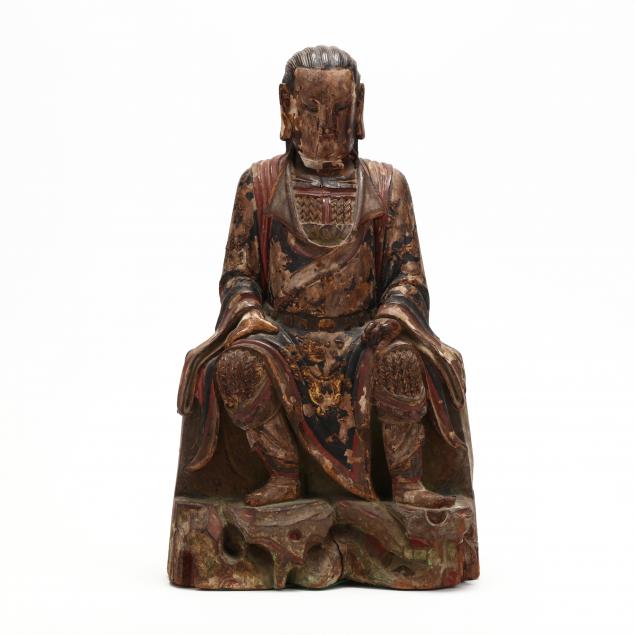 Lot 91
A Chinese Carved Wood Sculpture of Zhenwu
Lot Details & Additional Photographs
Late Ming dynasty or early Qing dynasty, 16th-17th century, Zhenwu sits atop a carved rocky seat, his left hand resting on his knee with finger pointing, specific hand gesture to Zhenwu, his robe with remnants of dragon decoration to the skirt, center and sleeves, his robe is open at the chest to reveal armor chain mail, his shins also protected by chain mail, his feet are bare, his full moon shaped face is framed by long ears, he has phoenix style eyes and his eyebrows are upturned, his long hair is swept back from his face and extends down his back, the rocky base he sits upon has a large shaped opening to the reverse.

The third emperor of the Ming dynasty, Yongle (1403-1424), credited Zhenwu for his successful ascension to the throne, and ordered numerous temple complexes built in honor of the god at Wudang Shan, the mountain where Zhenwu is believed to have ascended to heaven. By the middle of the 15th century, Zhenwu had become the most important god in religious Daoism.

Paint and gilt loss scattered over entire figure, faint pigment remains to rock below his feet; some wood stress cracks to figure visible to lower front, on his face, and on reverse; some loss to both his big toes; loss to some raised decoration on his robe and armor; break with repair to lower area of reverse side. 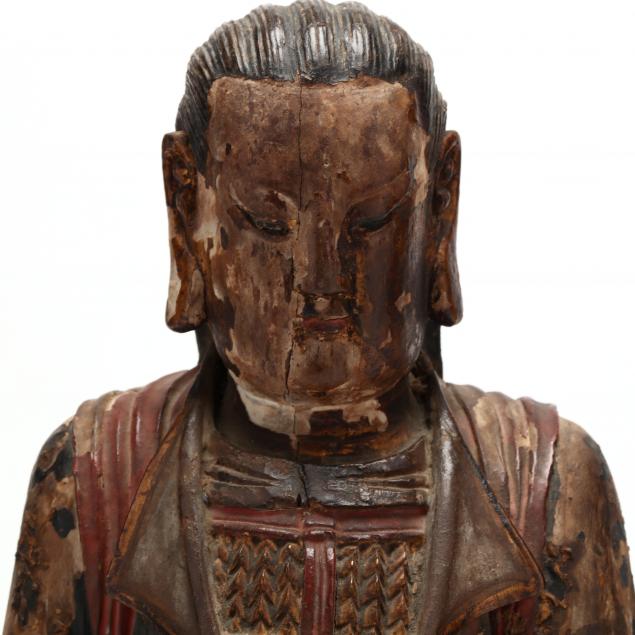 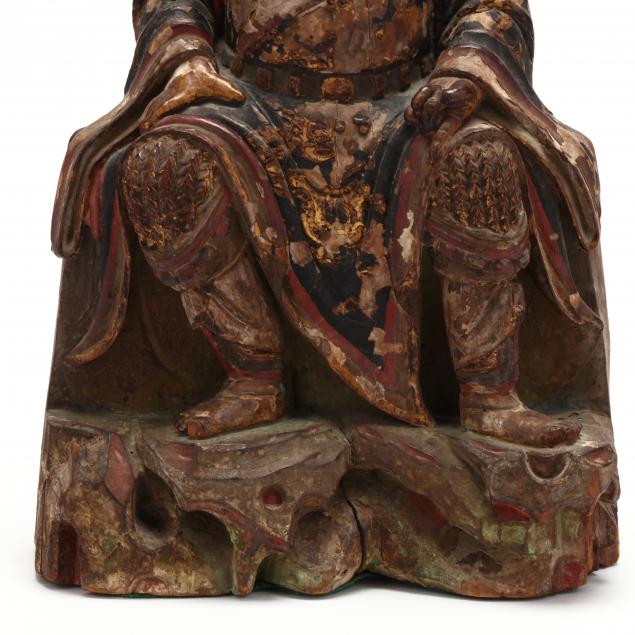 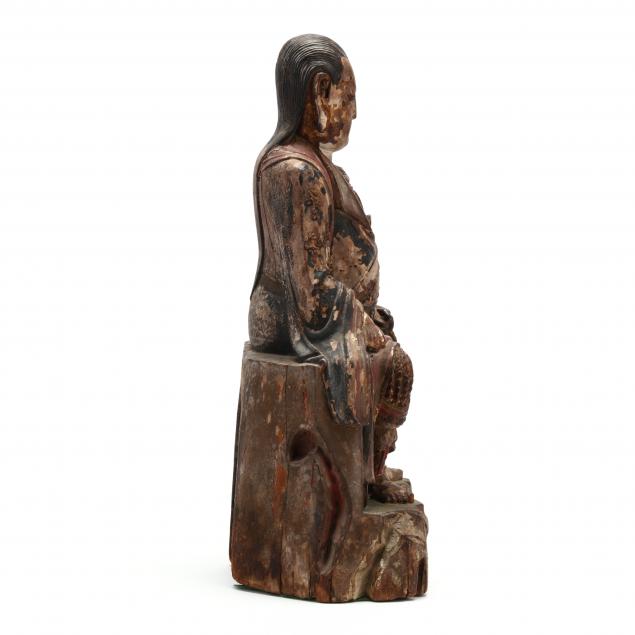 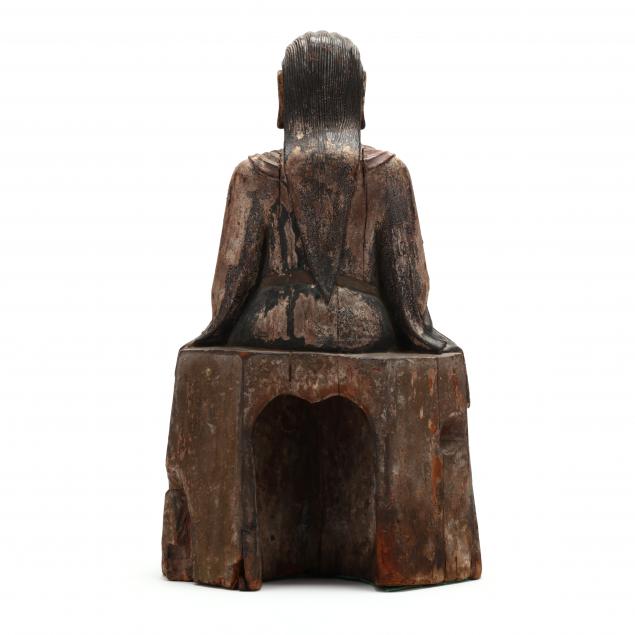 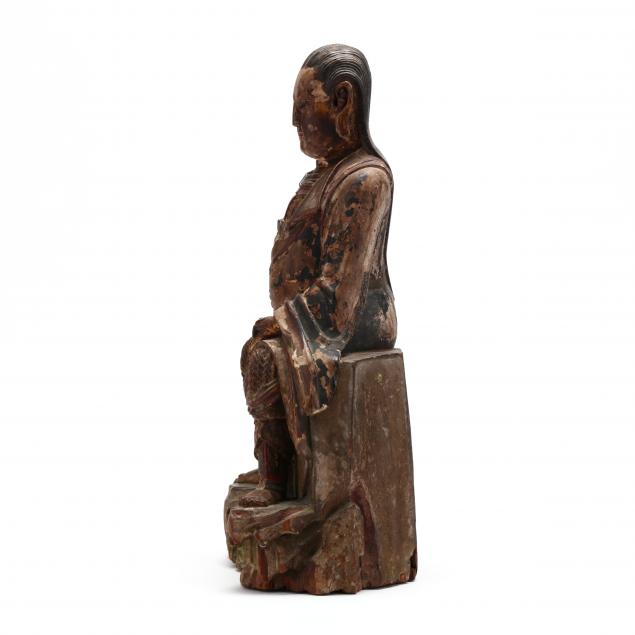 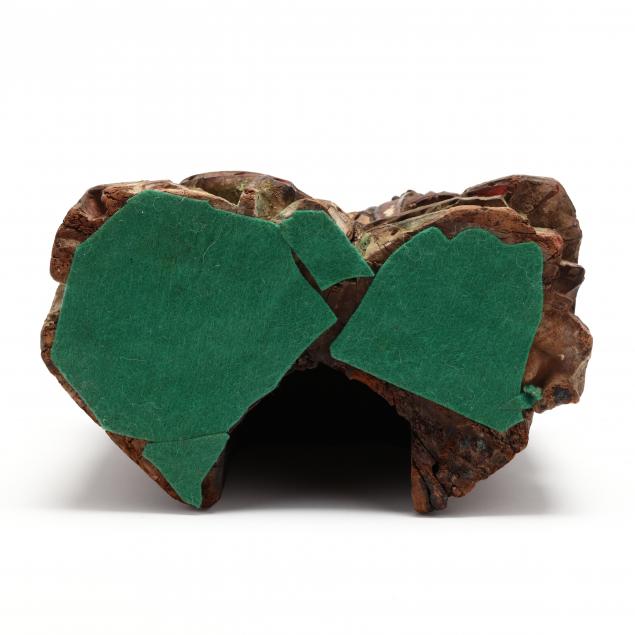