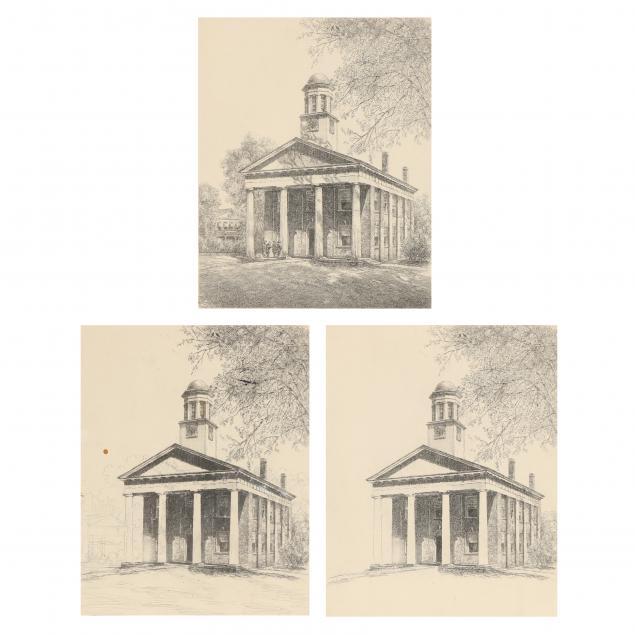 Lot 2230
Louis Orr (American, 1879-1961), Three Preparatory Proofs With Hand-Drawn Additions for Orange County Court House, Hillsborough, North Carolina
Lot Details & Additional Photographs
Each an etching, one with extensive pencil drawing and heightening with white, each made in preparation for the finished state of Orr's Orange County Court House, Hillsborough, North Carolina from his series of North Carolina landmarks completed between 1939-1952, these three prints with additional drawing show the progression towards the finished print, particularly the addition of the background building, foliage, and shadowing, unframed.

Several stains to the second and third; few areas of skinning to the second; single foxing mark to verso of the first. 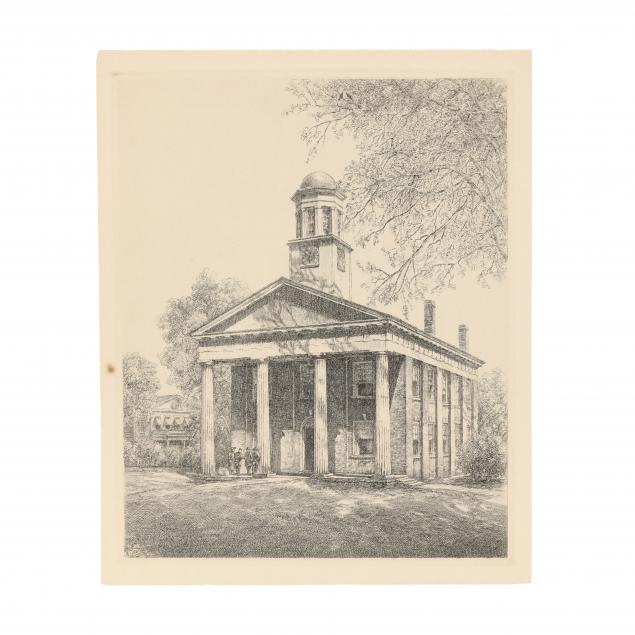 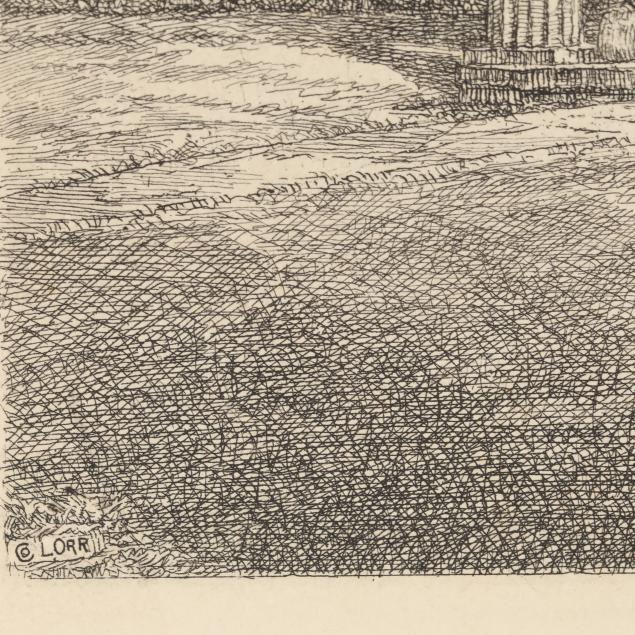 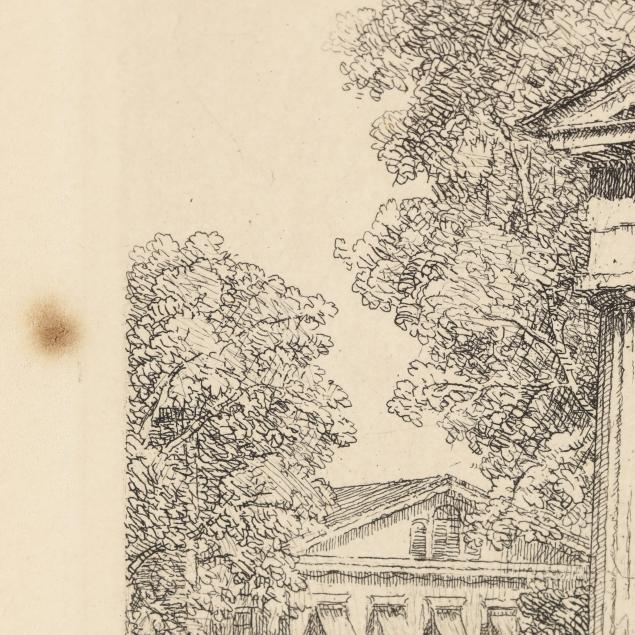 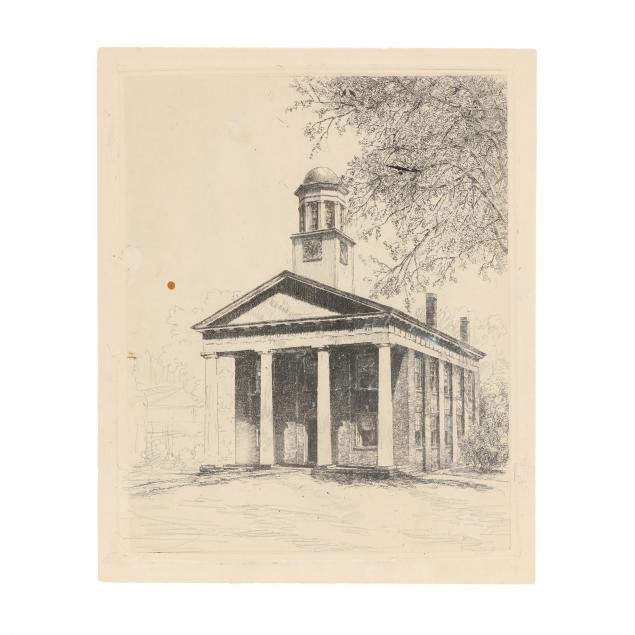 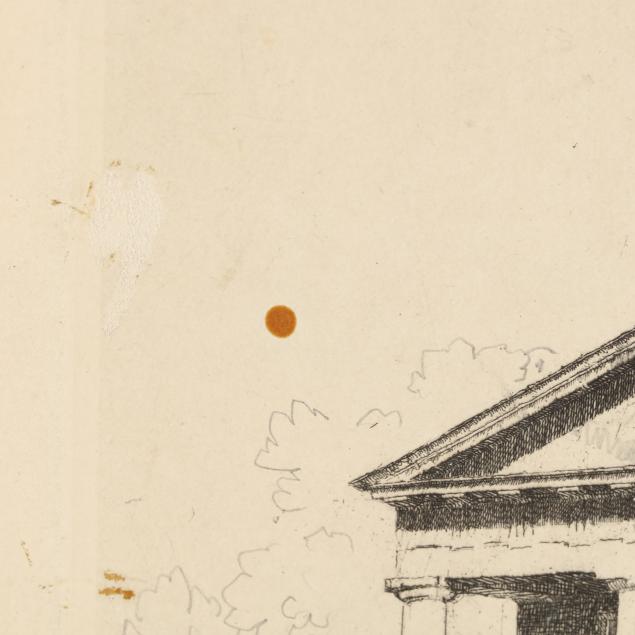 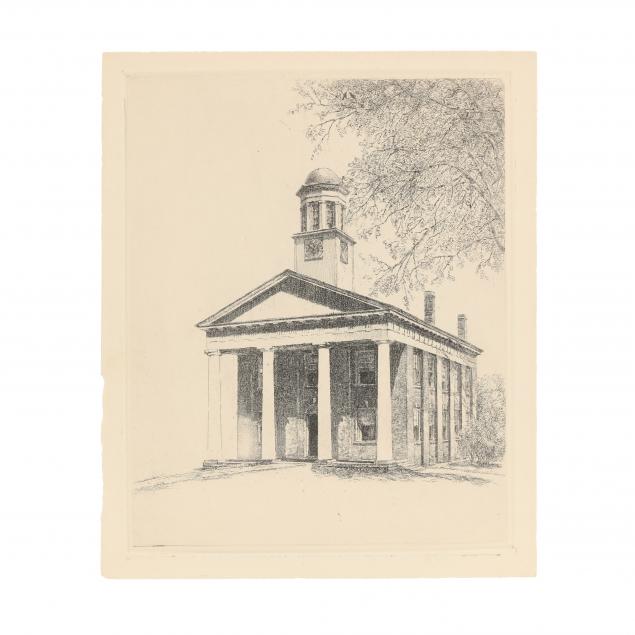 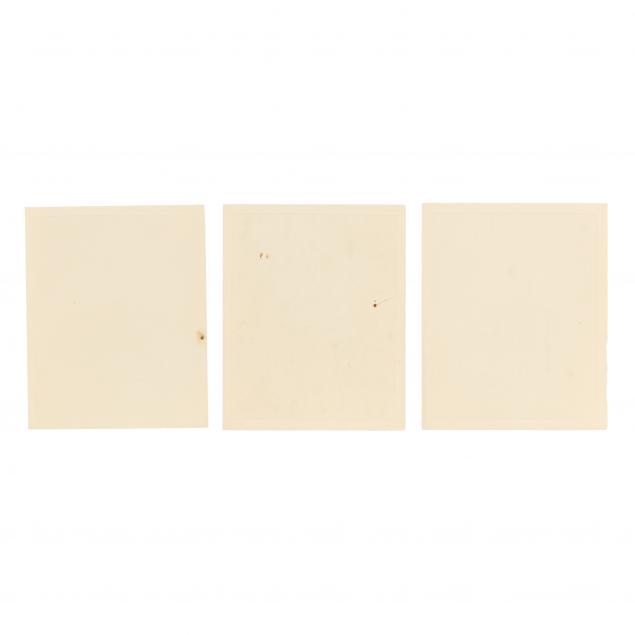