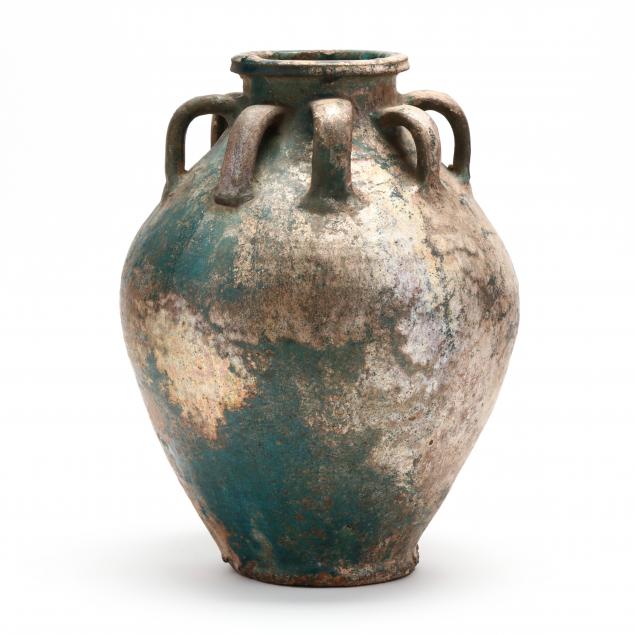 From the collection of Thomas English Cody (1889-1948), the great nephew of Buffalo Bill Cody, and by family descent.

Large storage jars like this one were made to store and transport substances including wine and oil to Africa and Asia. Beginning in the Sasanian period (224-651) the jars were composed of earthenware with turquoise glaze. This style continued into the Islamic age with the innovation of fritware, made from crushed quartz, clay and other material ground together, that was then applied with thick turquoise glaze. The iridescent to the exterior of this storage jar is a result of age and gives a further stunning appearance and interest to the surface.

For an earlier earthenware example of this style handled storage jar in Persia, see the eight handled jar with rope motif in the Asian Art Museum (B60P1131), and a 10th century example with four handles and rope motif in the Victoria & Albert Museum (Circ.106-1929).

Slight loss to rim; scattered iridescent encrustation to the surface. 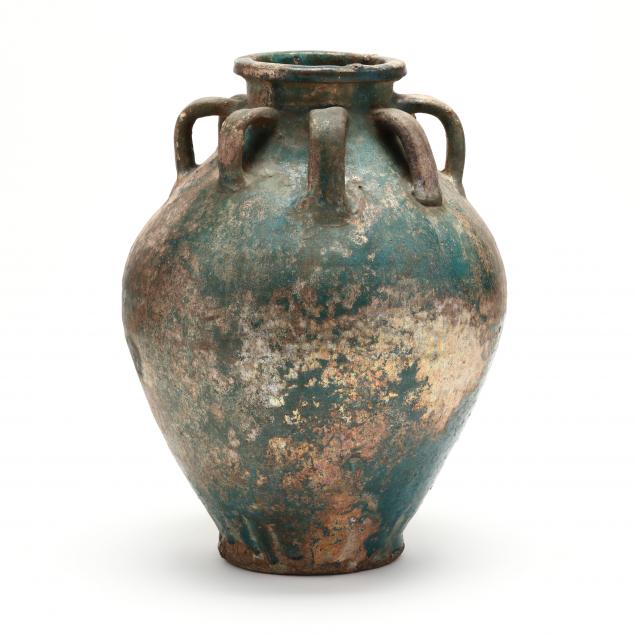 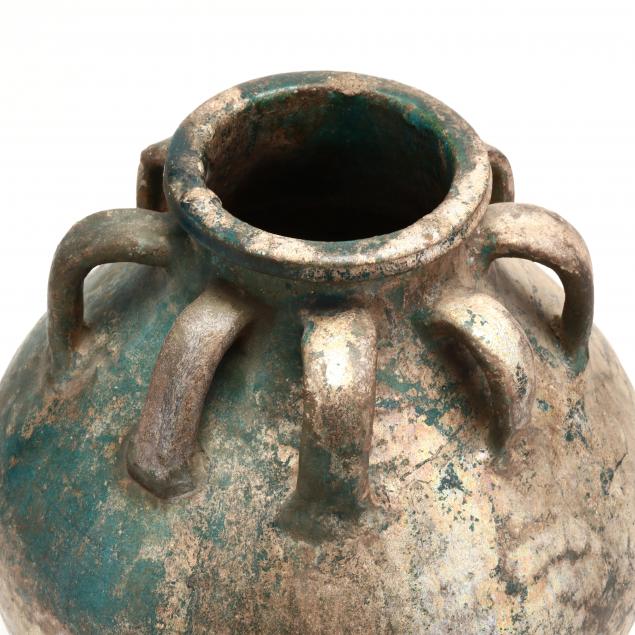 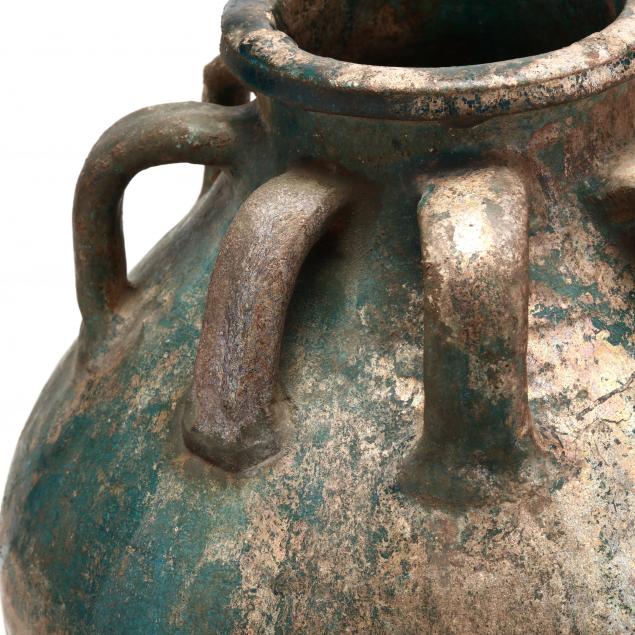 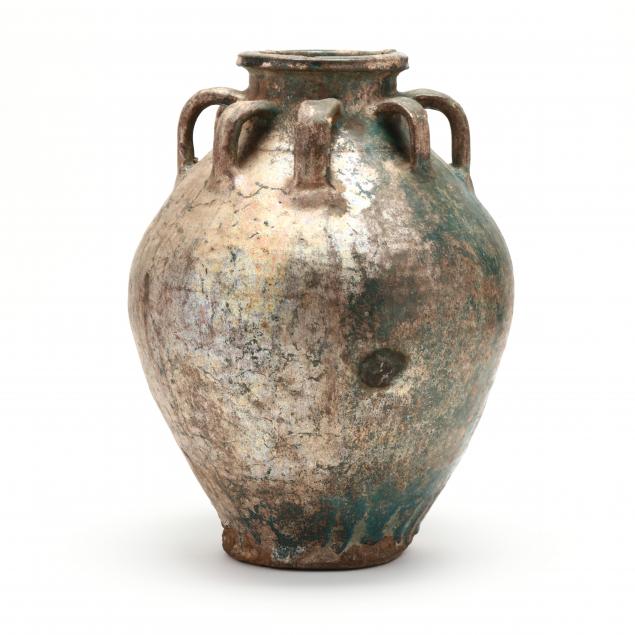 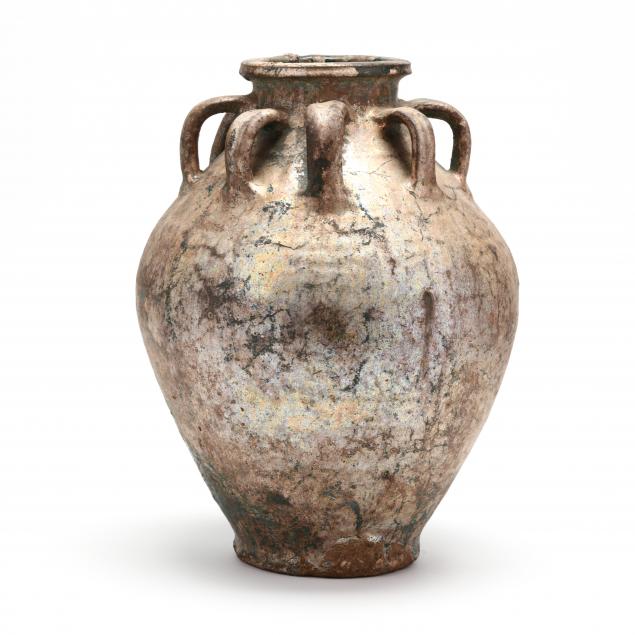 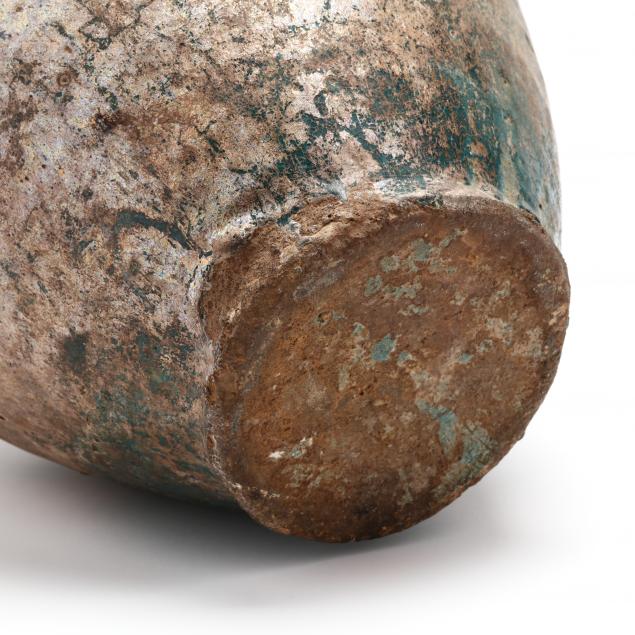