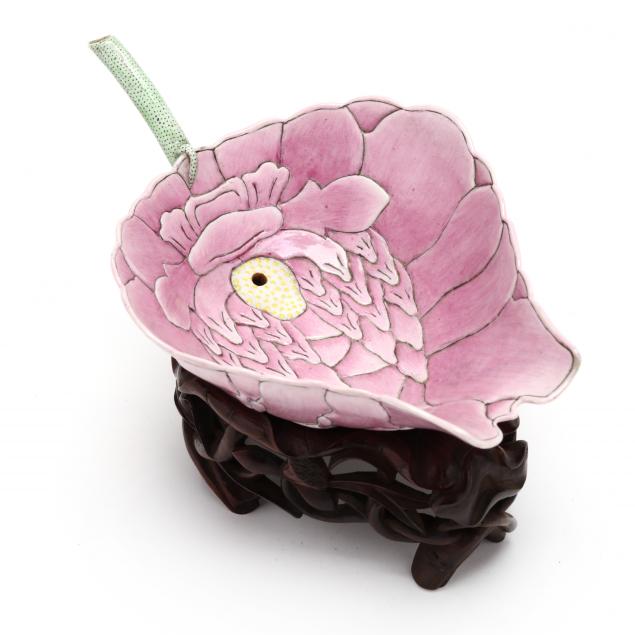 Lot 89
A Chinese Peony Form Cup
Lot Details & Additional Photographs
Qing dynasty, Guangxu period (1875-1908), 1908, the elegant peony shaped cup is molded on both sides with petals painted in hues of pink, the tubular light green handle is inscribed to the underside in Chinese "In the 34th year of the Qing Guangxu reign, cup to commemorate the autumn military parade near Lake Tai, Anhui," comes together with a carved wood leaf stand.

The cup was made for a military parade two months before the Emperor died suddenly at the age of 38, this after a long power struggle with the Empress Dowager Cixi. The Empress died one day after the Emperor, and three years later the Qing empire that had ruled China since 1644 collapsed and was replaced with a republic.

From the collection of Thomas English Cody (1889-1948), the great nephew of Buffalo Bill Cody, and by family descent. 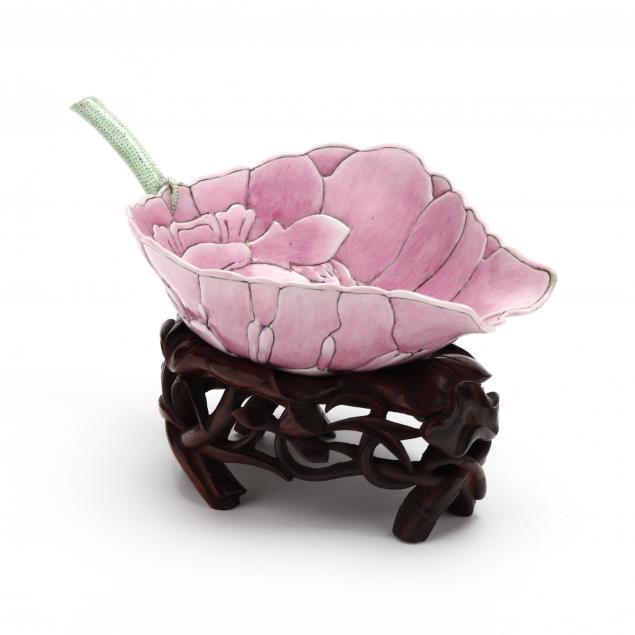 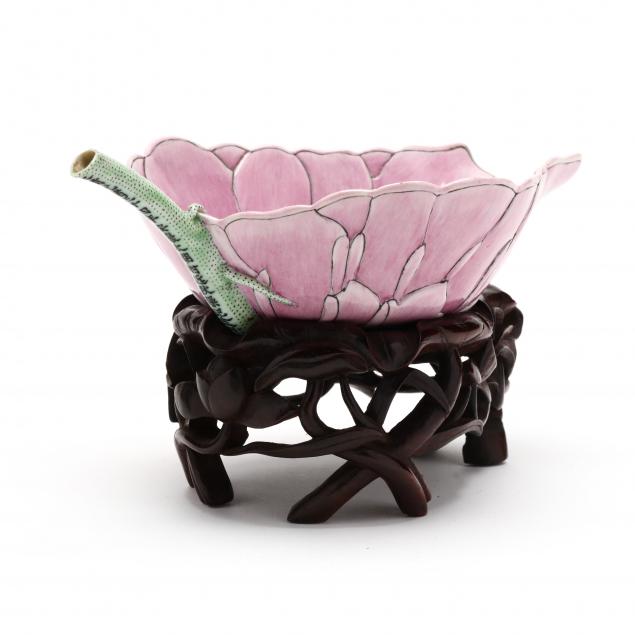 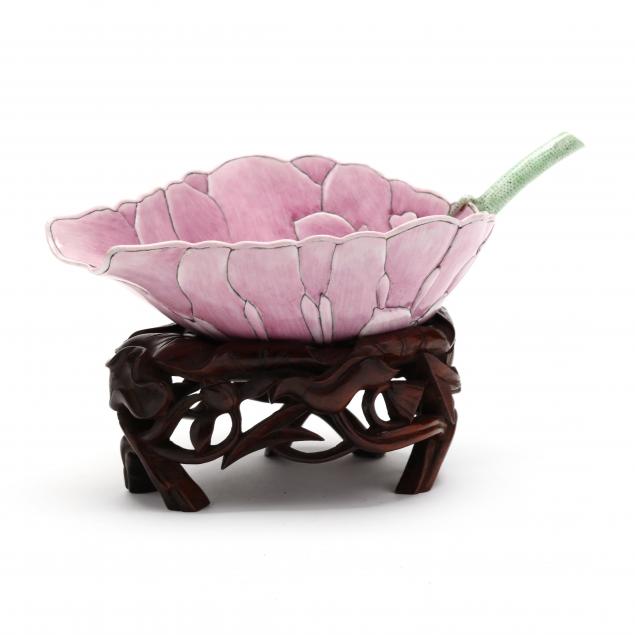 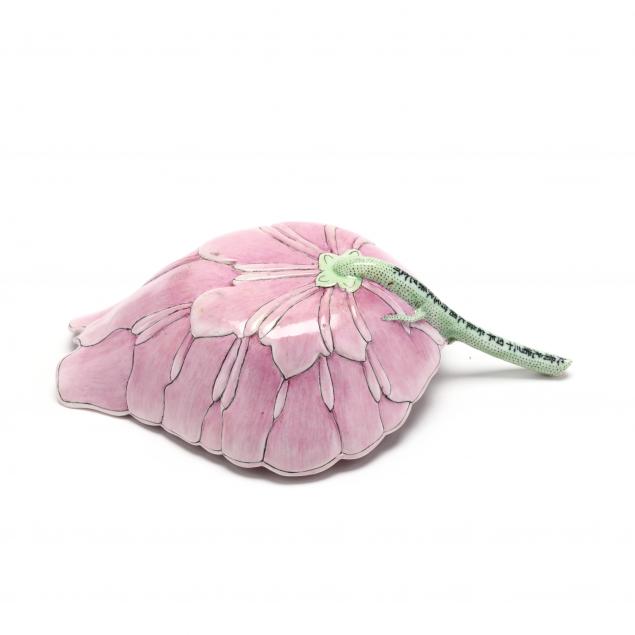 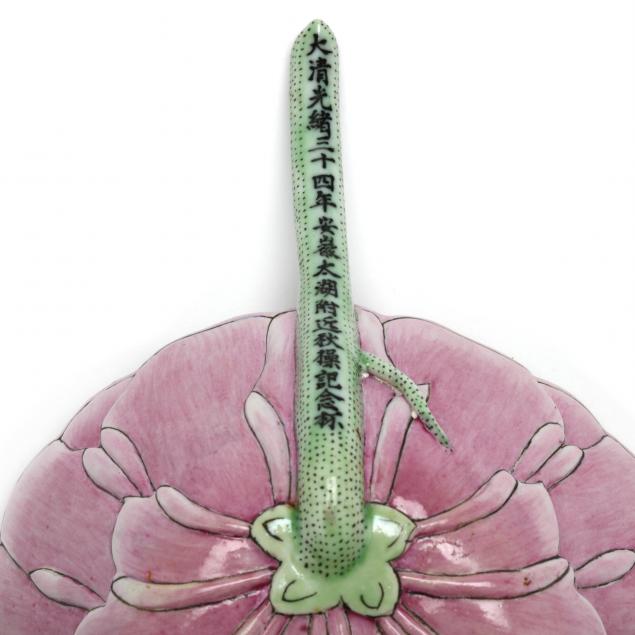 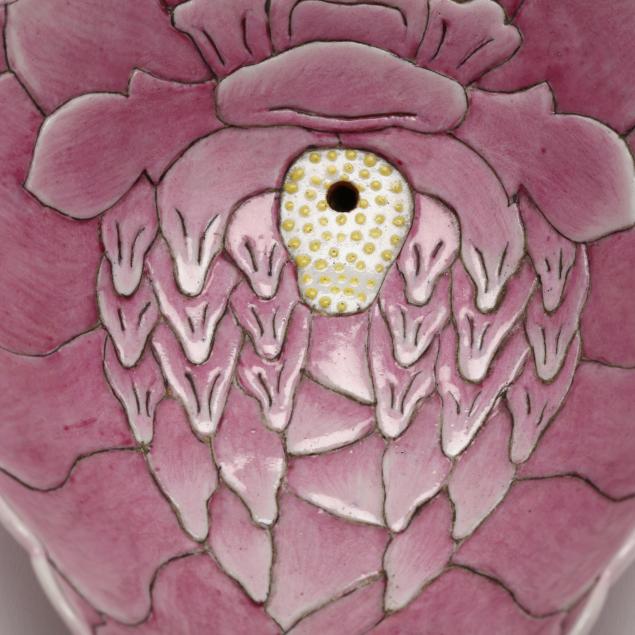 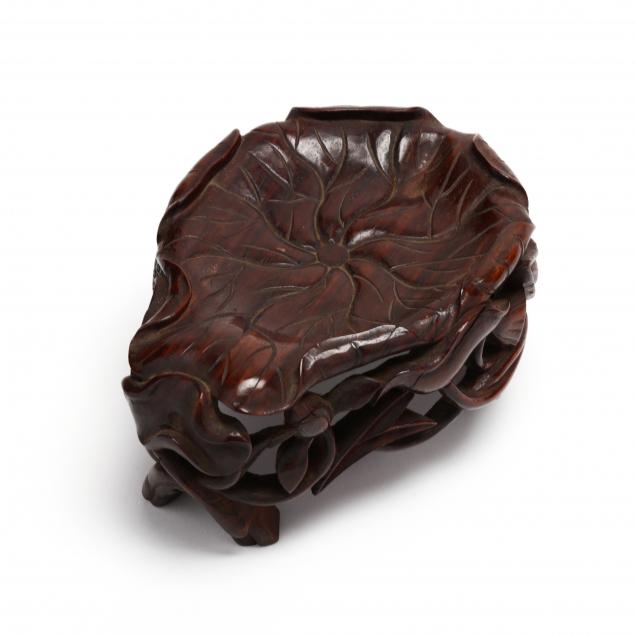