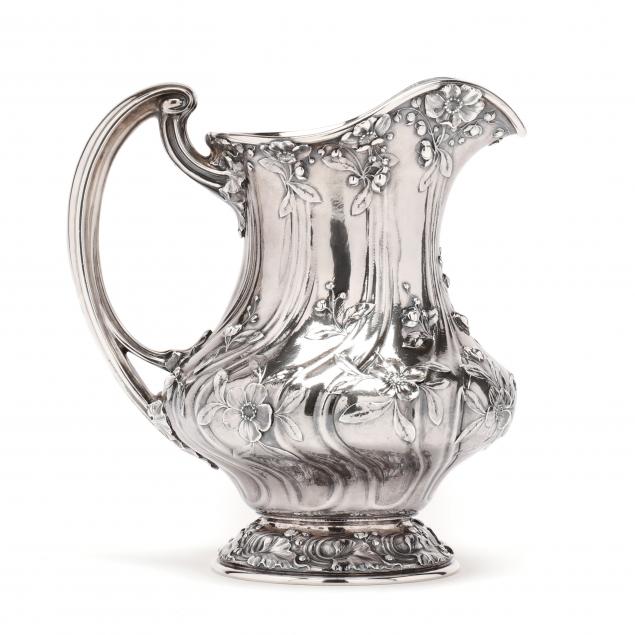 
a special order piece created for display at The Louisiana Purchase Exposition, better known as the St. Louis World's Fair, in 1904; marks to underside include the sample code "FRG" and "SL" designation for being made for the St. Louis exhibition.

In a report prepared by Samuel Hough from research at the Gorham Archives, the pitcher was completed on May 4, 1904. The model was designed by Axel Staf and chased by George W. Sauthof. The records indicate this pitcher would have taken over 25 days to reach completion by Gorham's craftsmen.

George Sautof was born in Germany and immigrated to the United States in 1864. He was trained at Tiffany & Co. before accepting a position at Gorham in 1884. Sautof was counted among the greatest silver chasers in the country, creating many of the wondrous Martelé and other exhibition pieces. 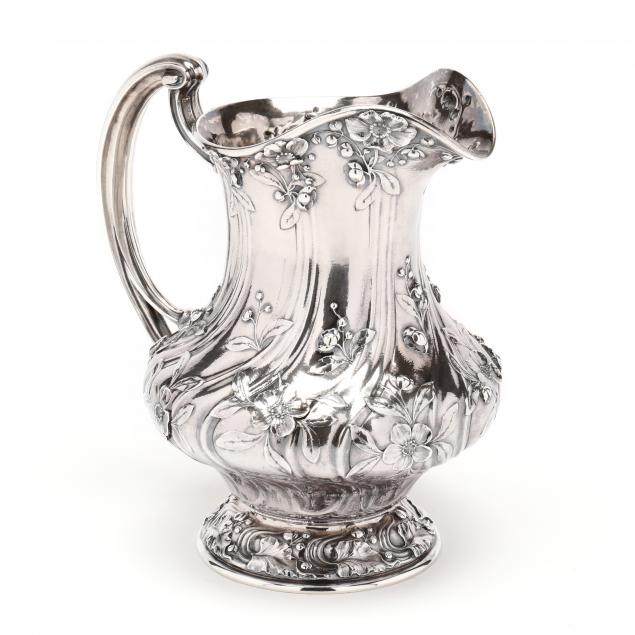 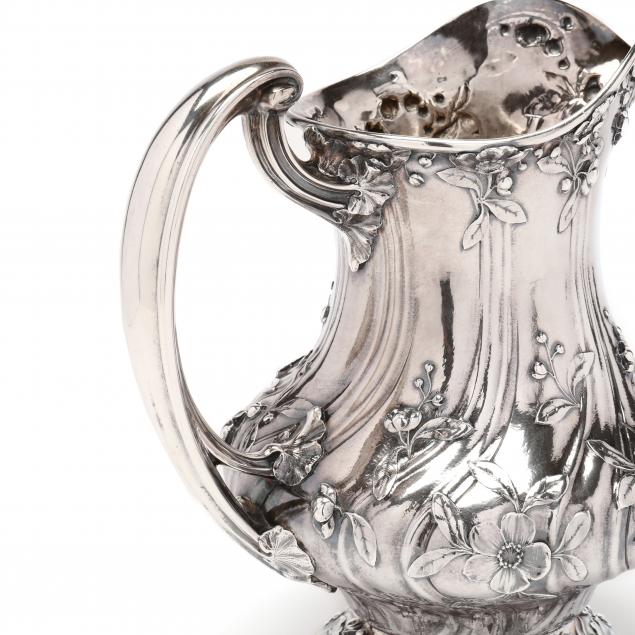 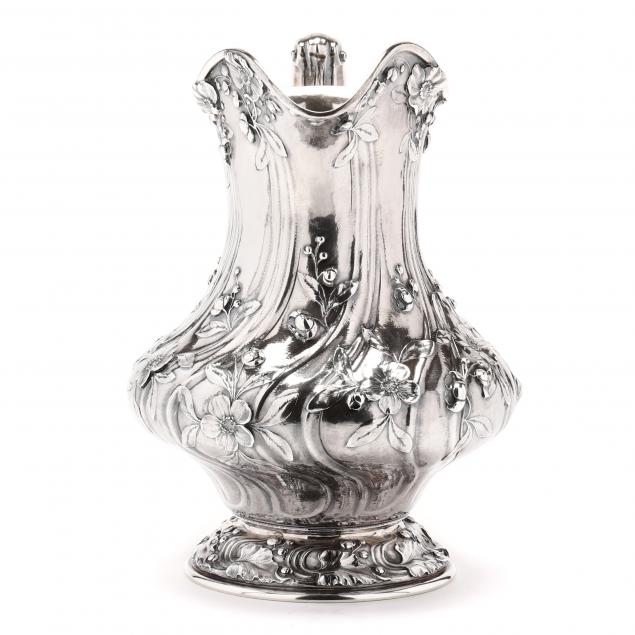 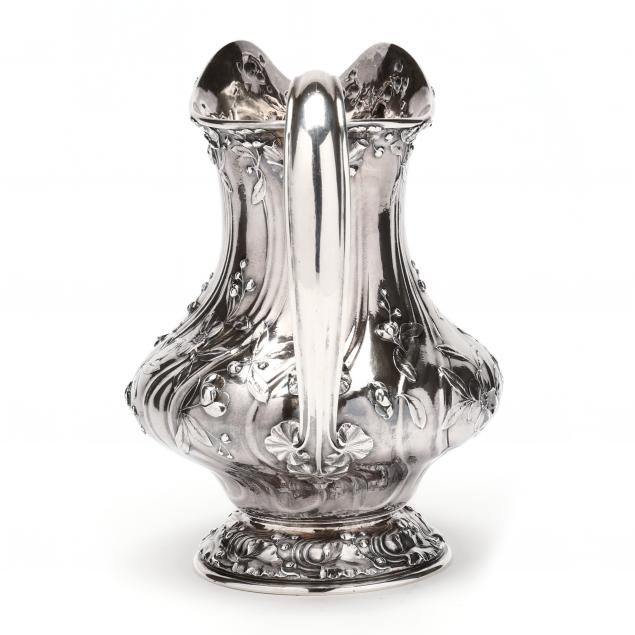 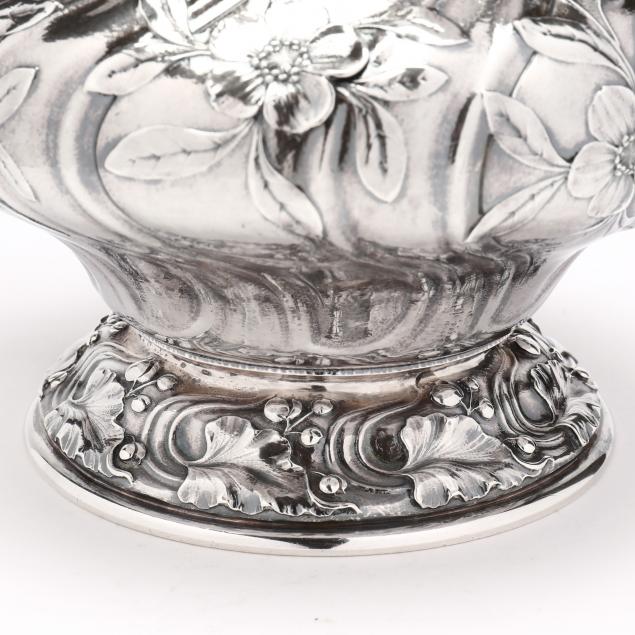 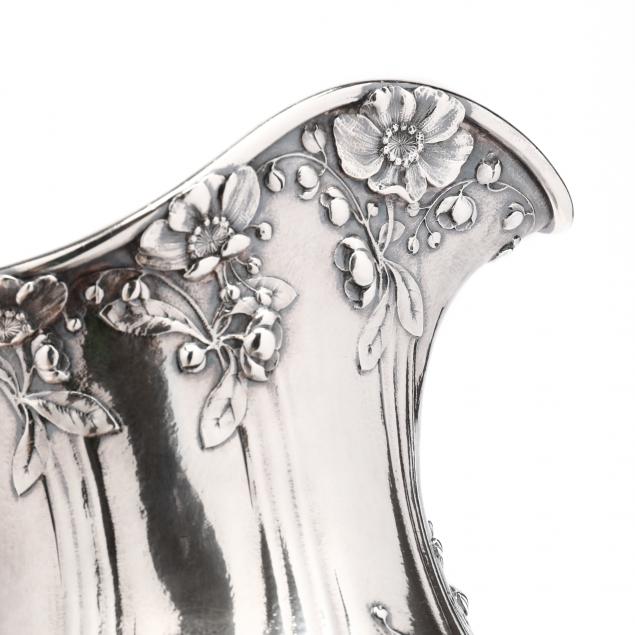 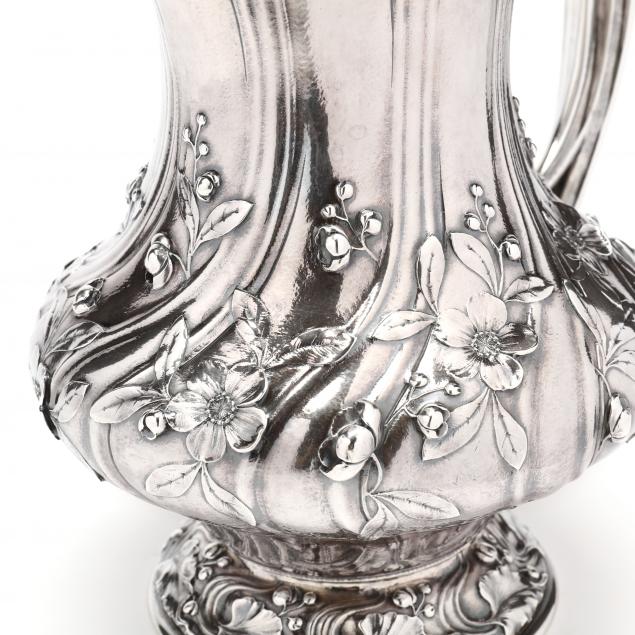 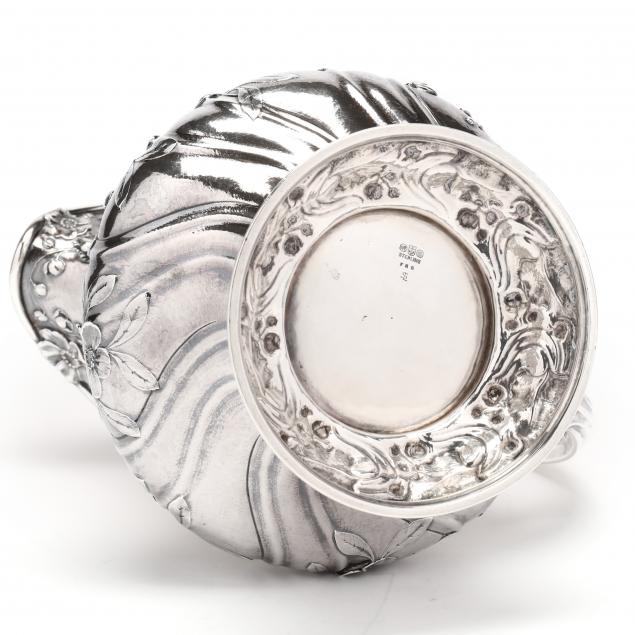 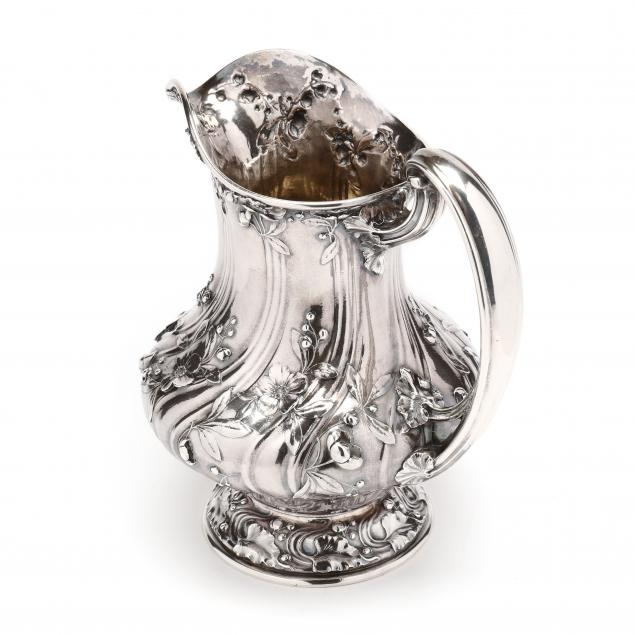