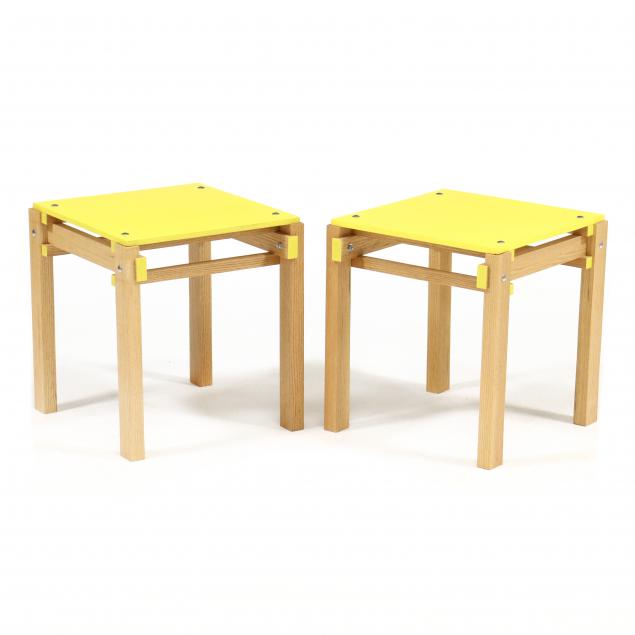 Rietveld (Dutch, 1888-1964), an accomplished architect and designer was a founder of the De Stijl movement and heavily involved with the Bauhaus school. Designed in 1923 for the Catholic Military Home in Utrecht. In this series, he used nuts and bolts for the first time instead of wooden dowels, and he developed a series of very solid designs. The military furniture, which is characterized by the use of square cross ties, is produced in various colors, whereby the tops are always painted in a contrasting color. 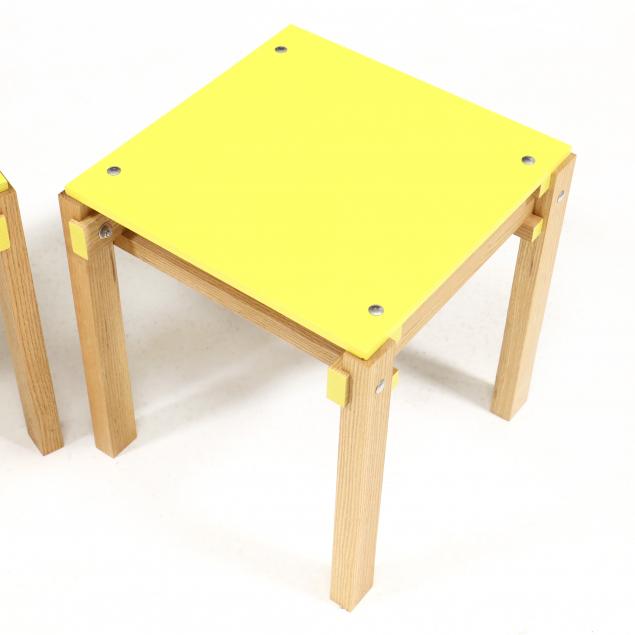 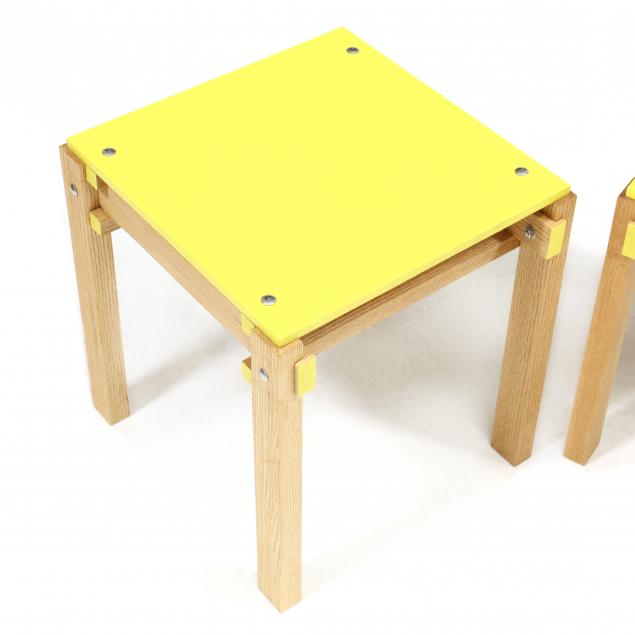 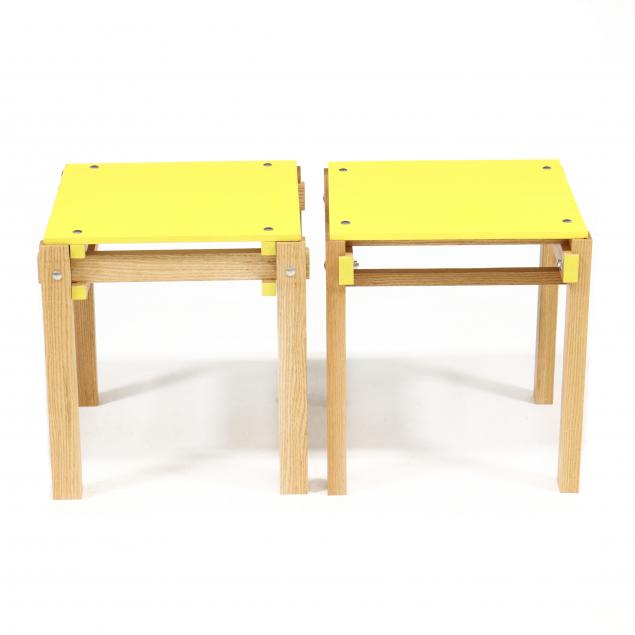 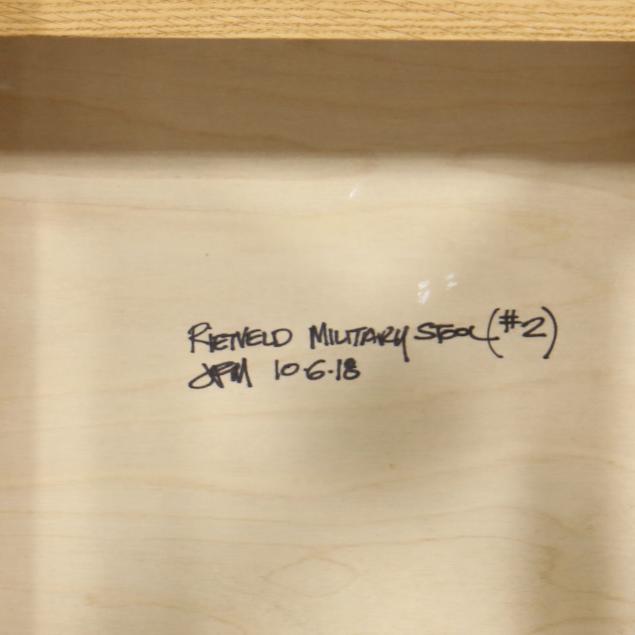 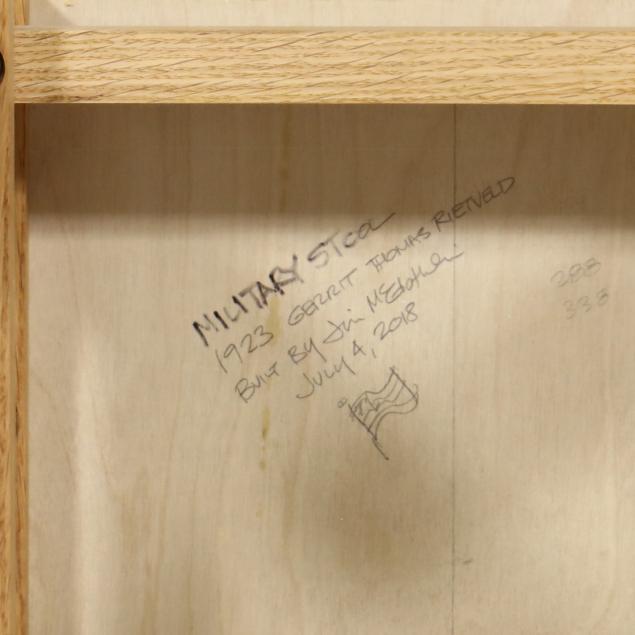