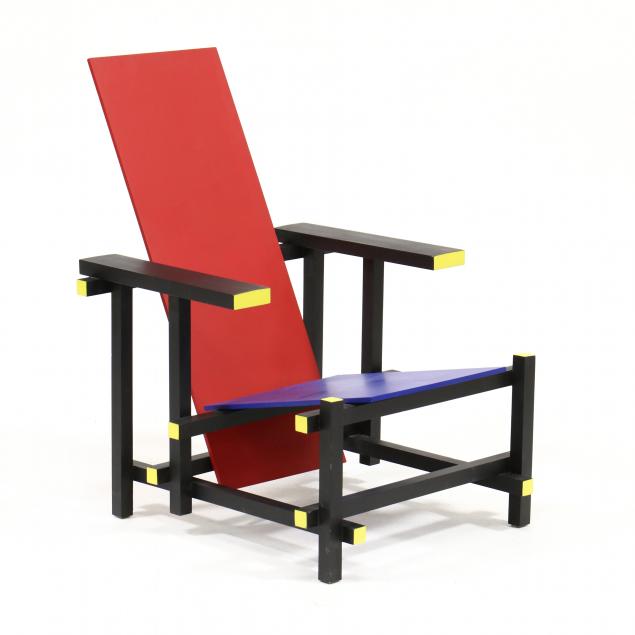 Rietveld (Dutch, 1888-1964), an accomplished architect and designer was a founder of the De Stijl movement and heavily involved with the Bauhaus school. This example of his "Red-Blue Chair" is his most iconic design, which Reitveld hoped would become mass produced, and sparked the modern movement as we know it today.

Good condition; some linear scrapes to seat, but are under the paint. 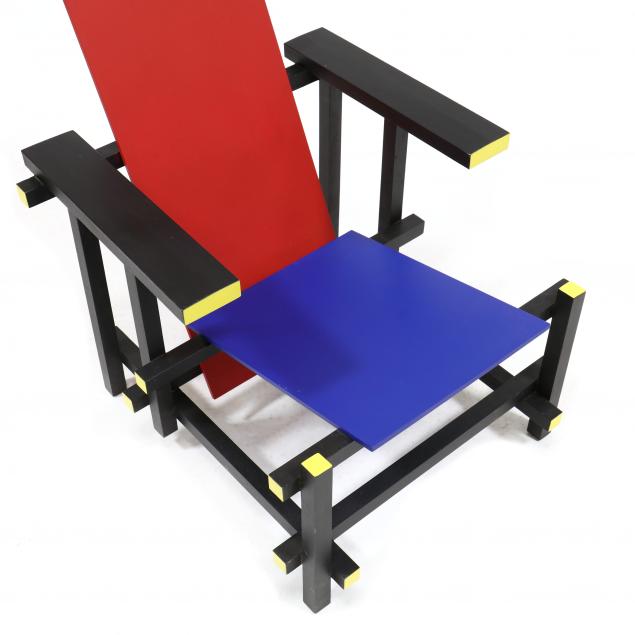 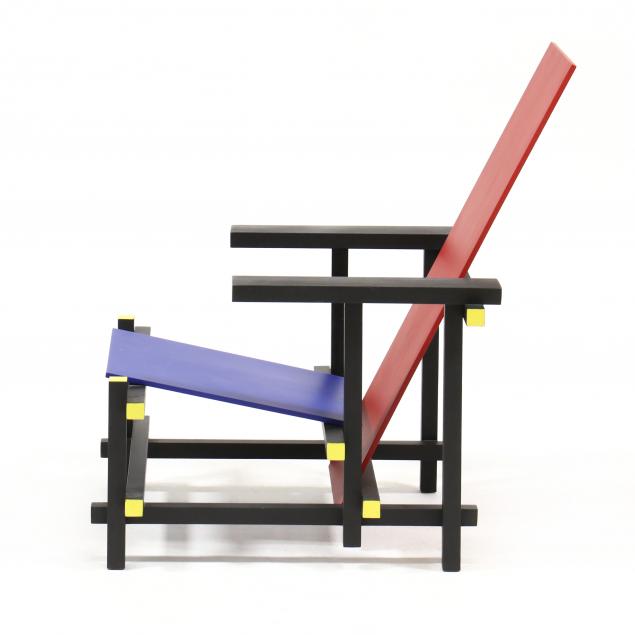 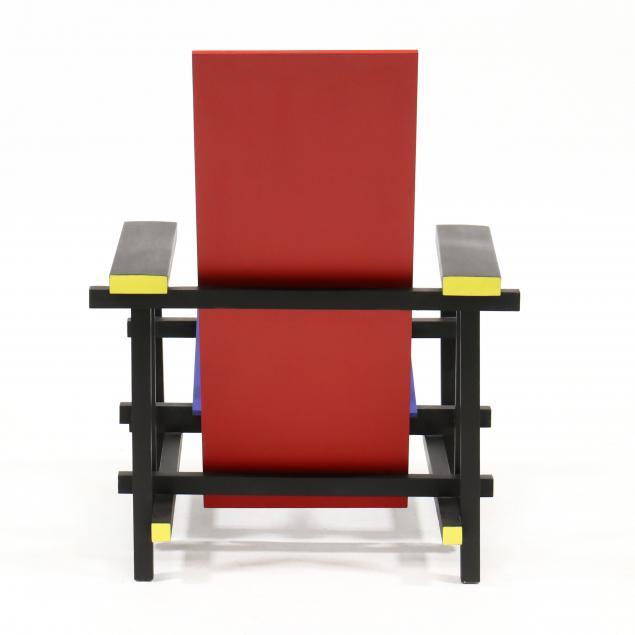 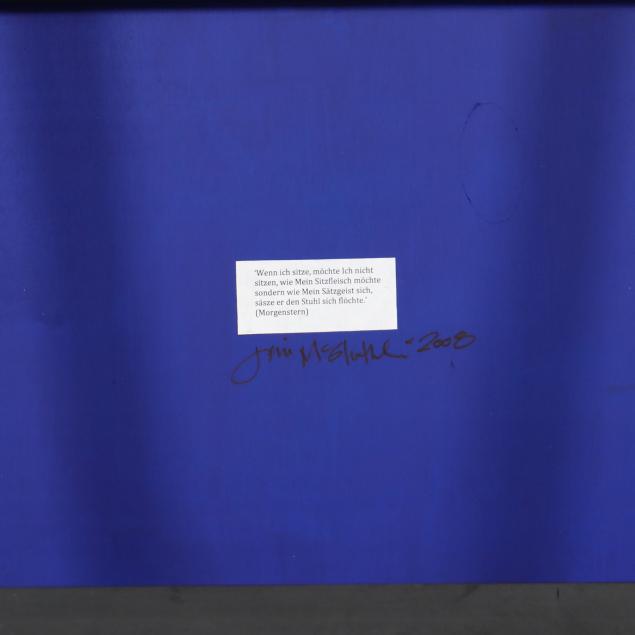