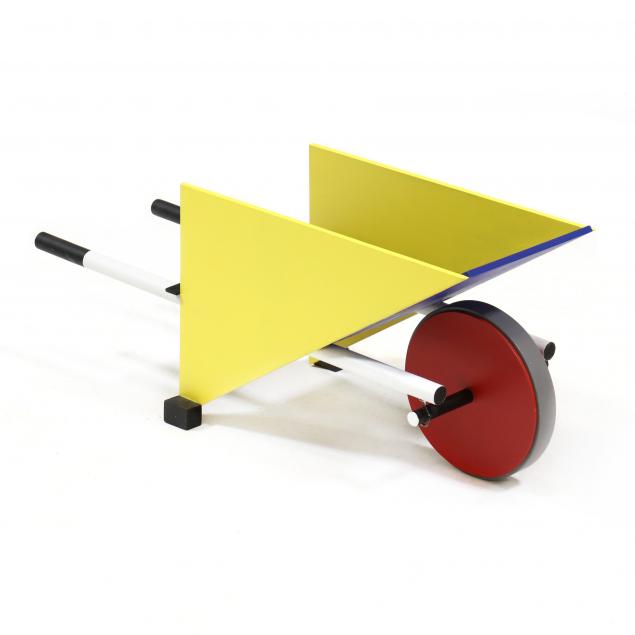 Rietveld (Dutch, 1888-1964), an accomplished architect and designer was a founder of the De Stijl movement and heavily involved with the Bauhaus school. A sketch for this wheelbarrow appears in a letter to architect J.J.P. Oud dated October 5th, 1923. It is likely that Rietveld made the first wheelbarrow, a prototype, as a gift for Oud’s son Hans on the occasion of his fourth birthday in 1923. 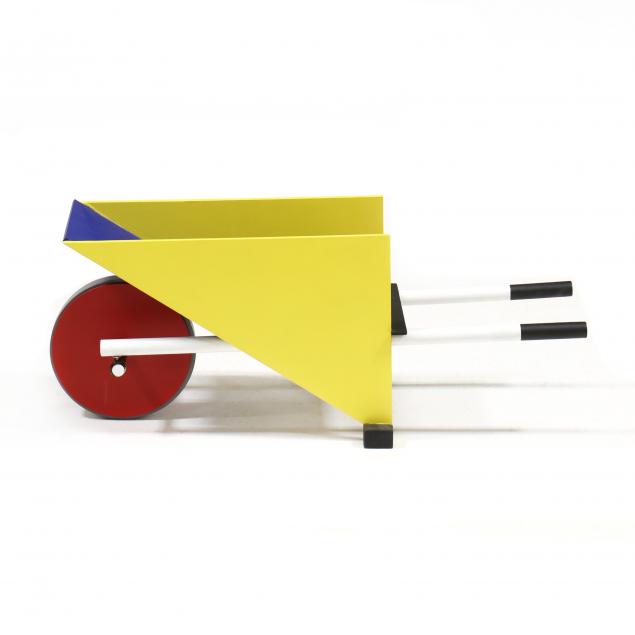 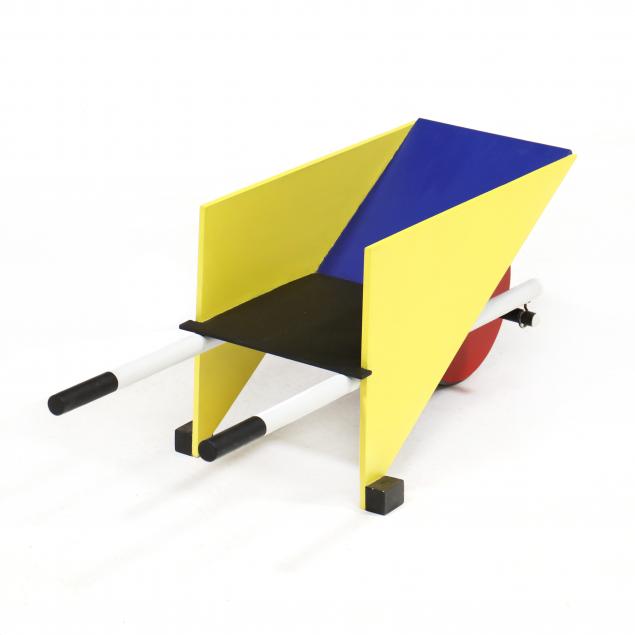 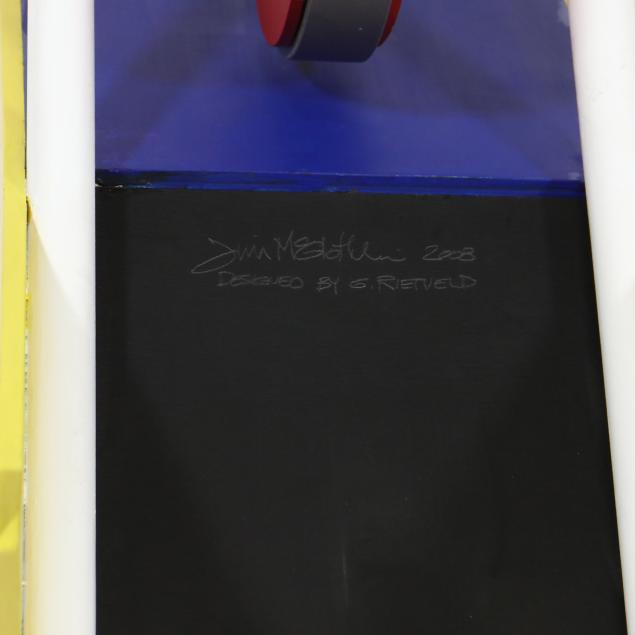