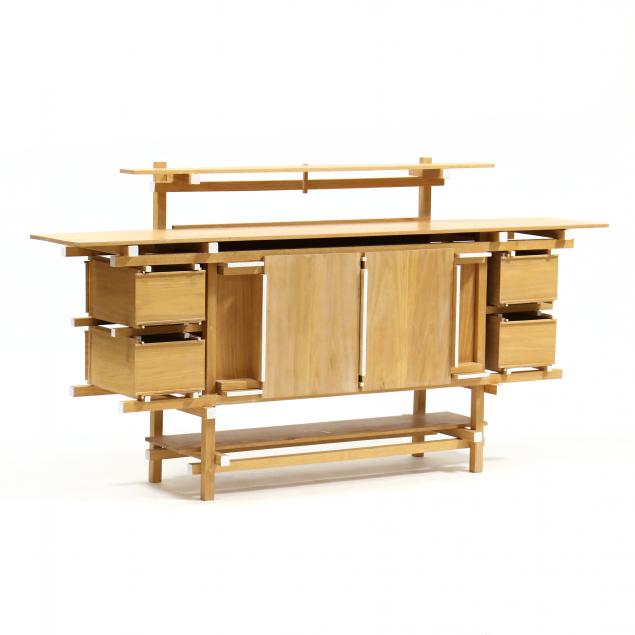 Rietveld (Dutch, 1888-1964), an accomplished architect and designer was a founder of the De Stijl movement and heavily involved with the Bauhaus school. This example of his "Elling Sideboard" was designed for fellow architect Piet Elling, the original was destroyed in a fire.

The top surface with ring mark towards left edge and slight warp. 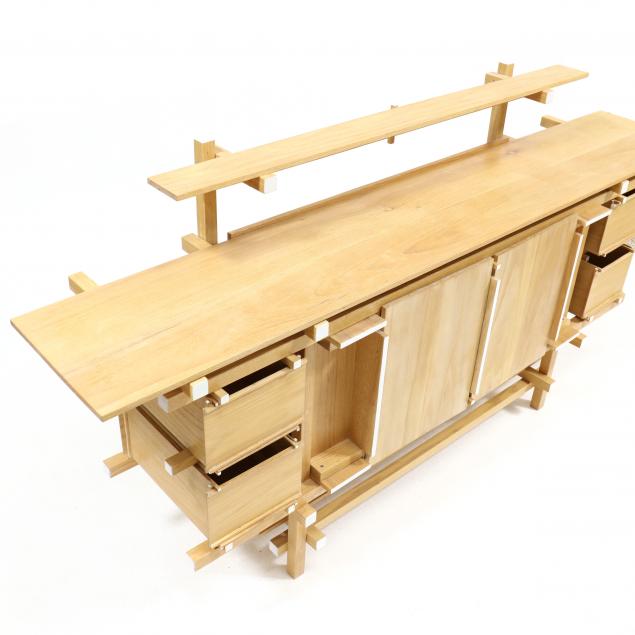 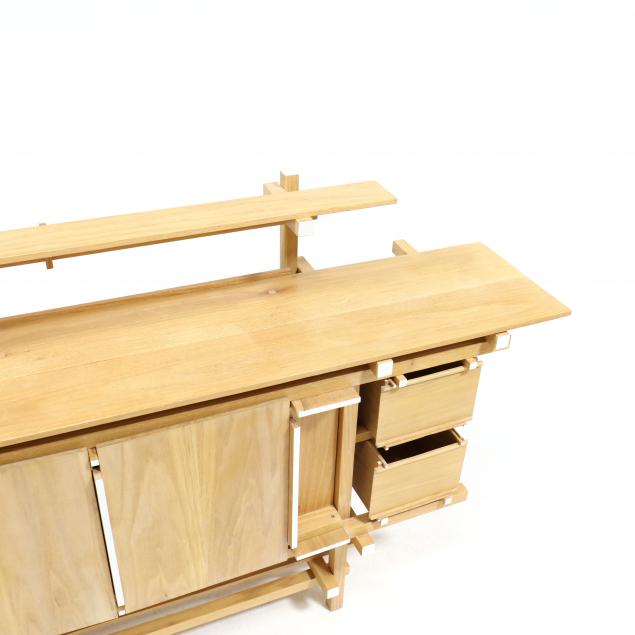 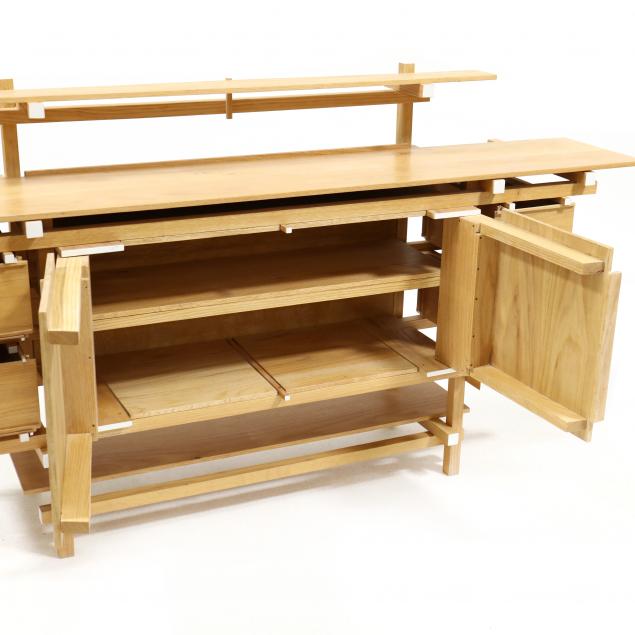 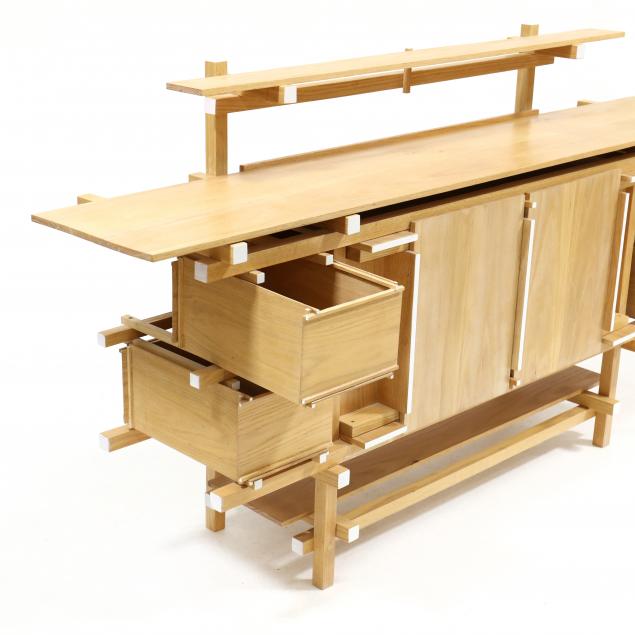 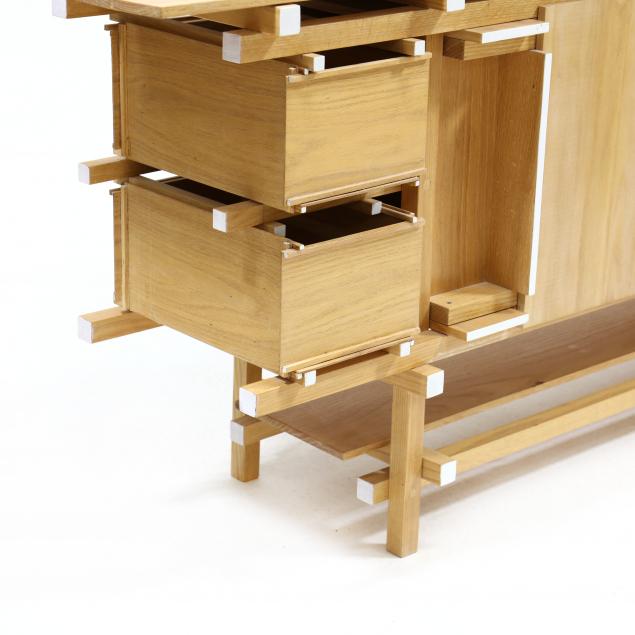 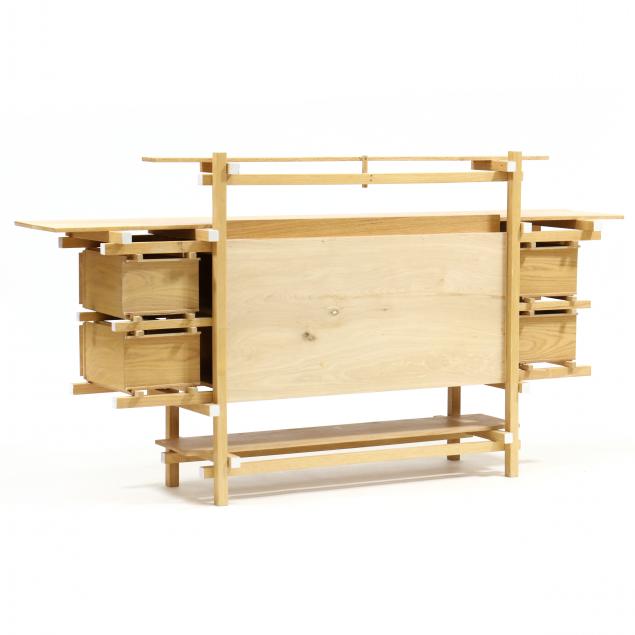 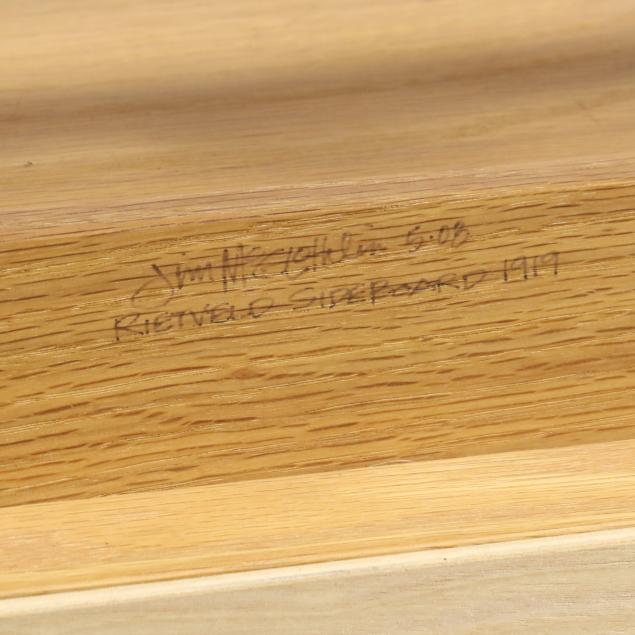