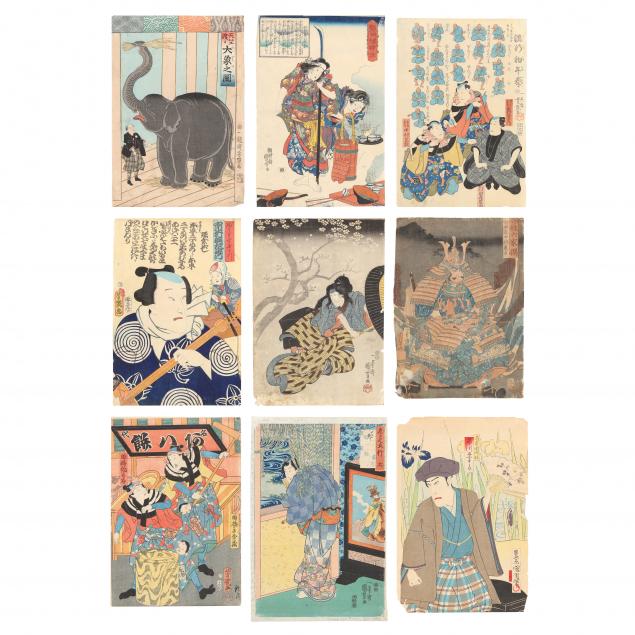 Lot 1055
Collection of Nine Japanese Woodblock Prints
Lot Details & Additional Photographs
Edo period (1615-1868) and Meiji period (1868-1912), a group of nine woodblock prints by various artists mostly featuring male figures, some from kabuki plays, some from Japanese narrative literature, and some unusual prints like "The Great Elephant from India" by Utagawa Toshitoyo, 1863, all prints are presented loose.

Some of the sheets appear to be trimmed; four sheets with later small holes down one side where they were previously bound into an album; some with wear and small losses and worm holes; some wear to edges of sheets; two sheets with more wear than others and soft; one sheet with breaks and losses to paper around edges; one print is laid down to paper mat 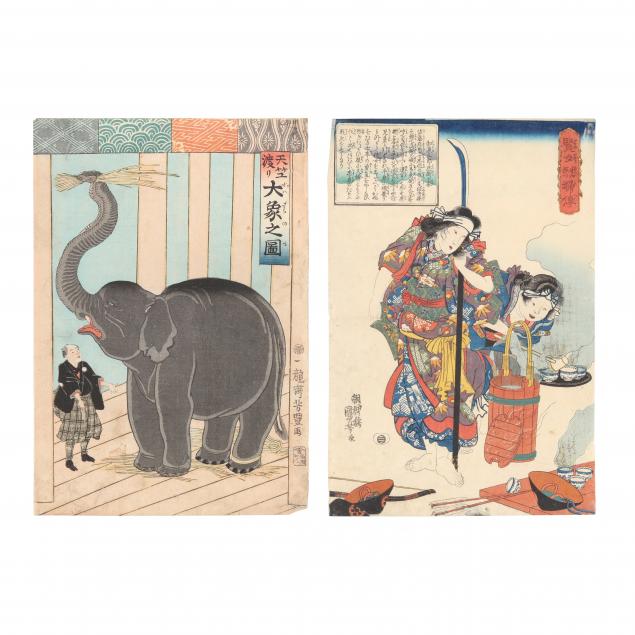 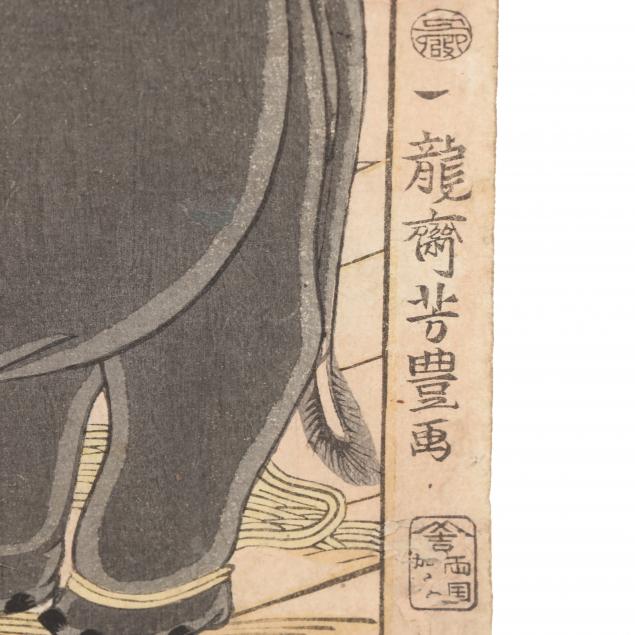 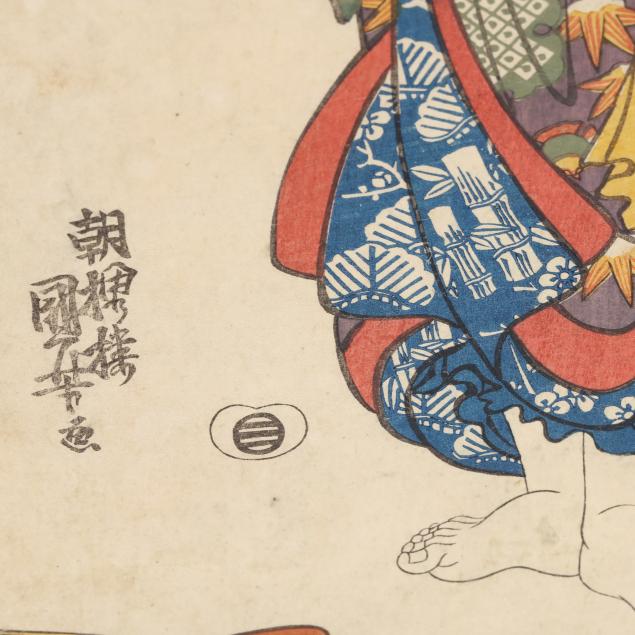 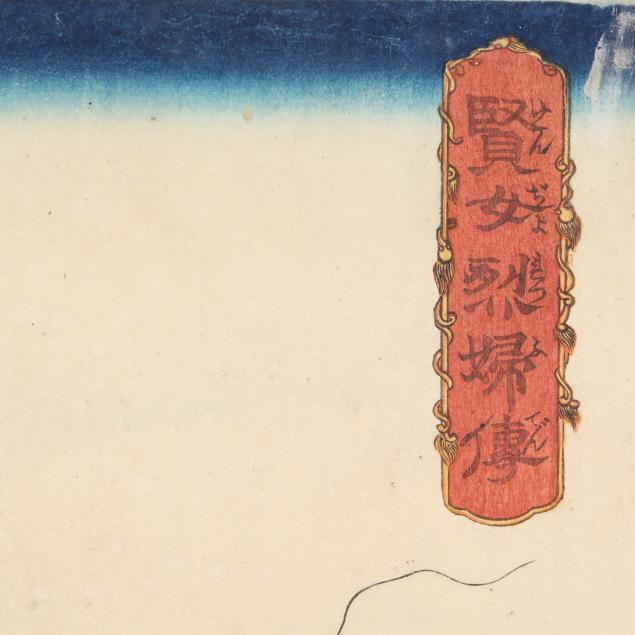 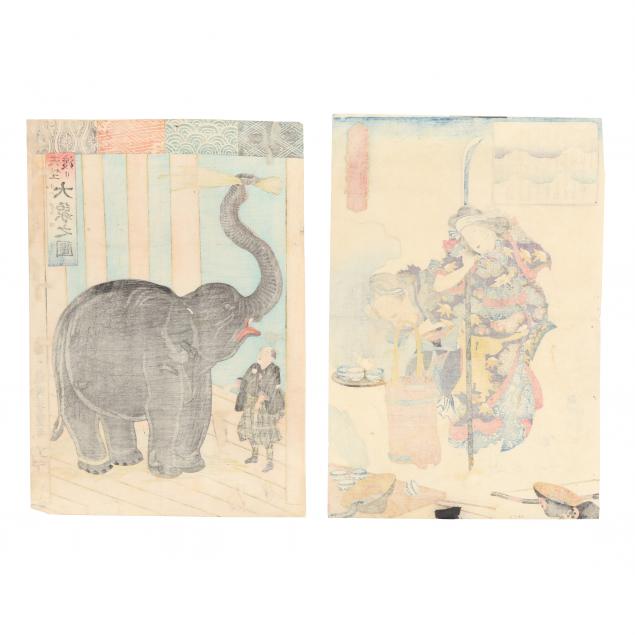 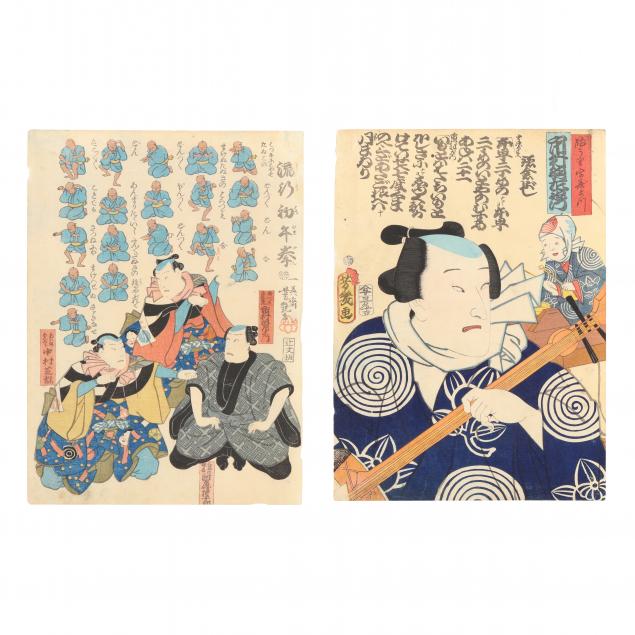 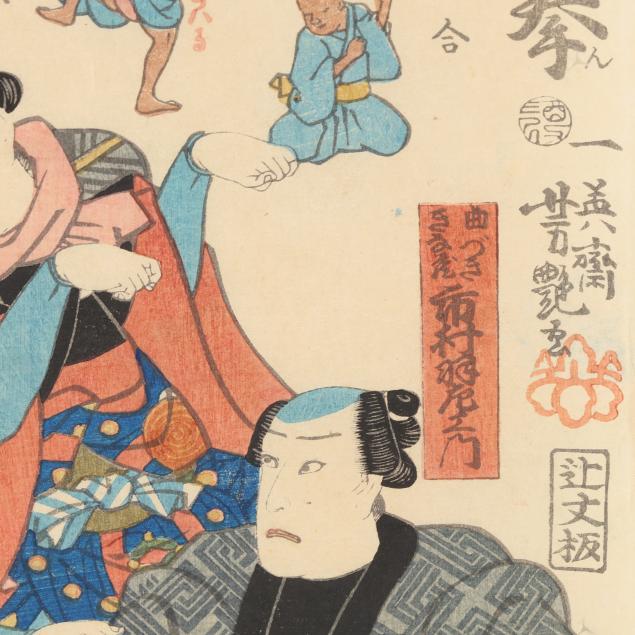 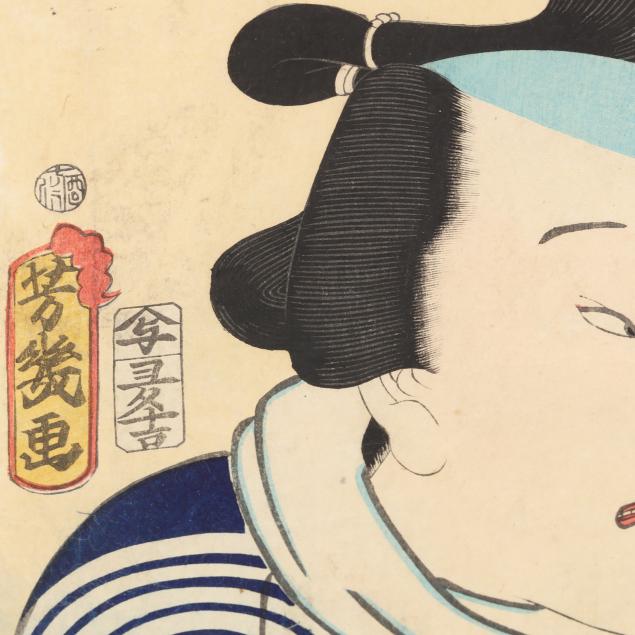 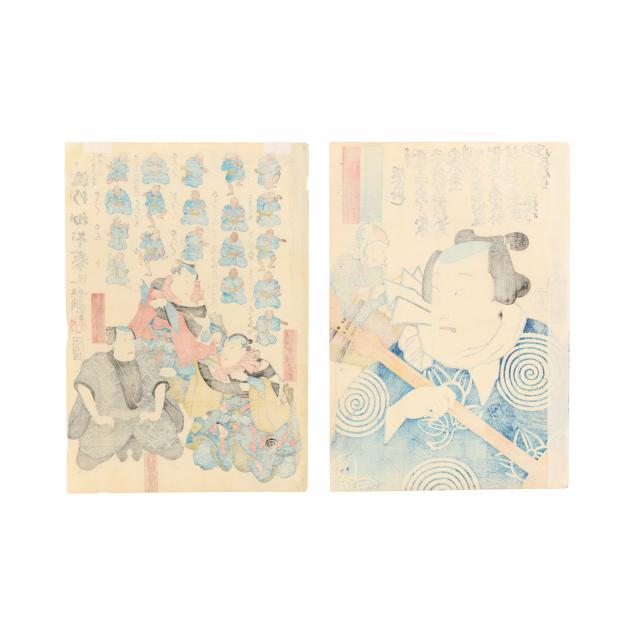 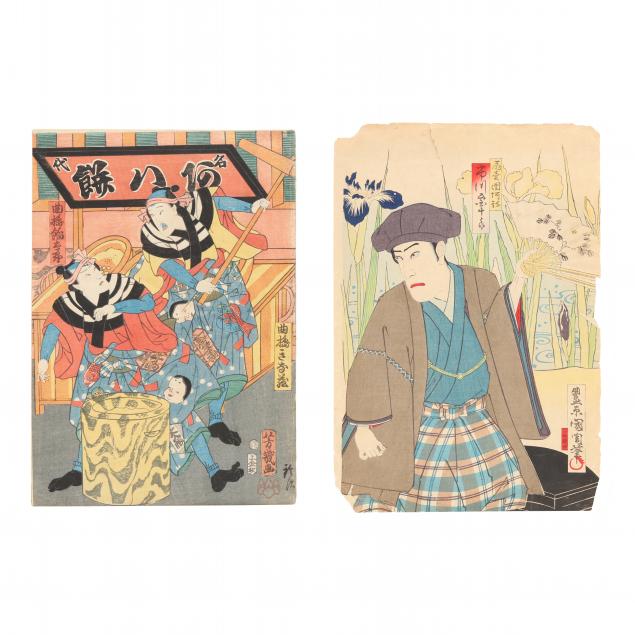 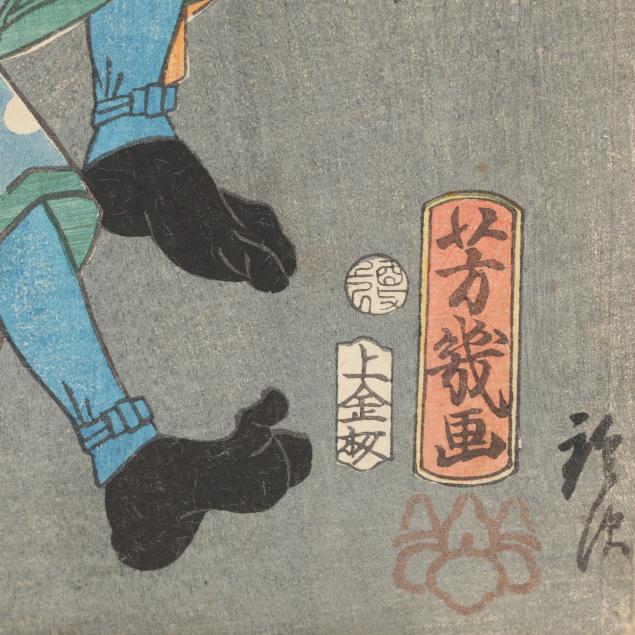 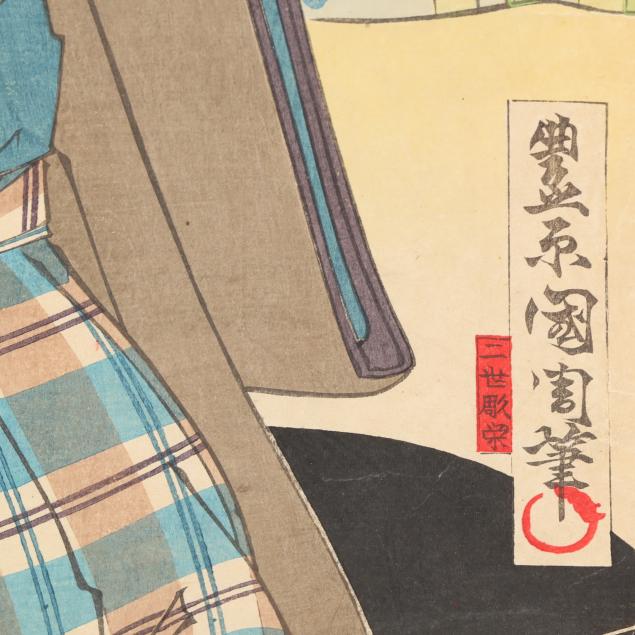 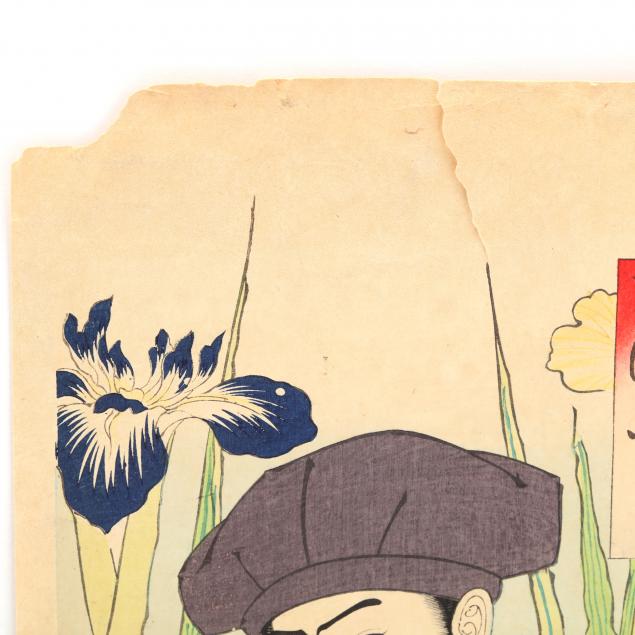 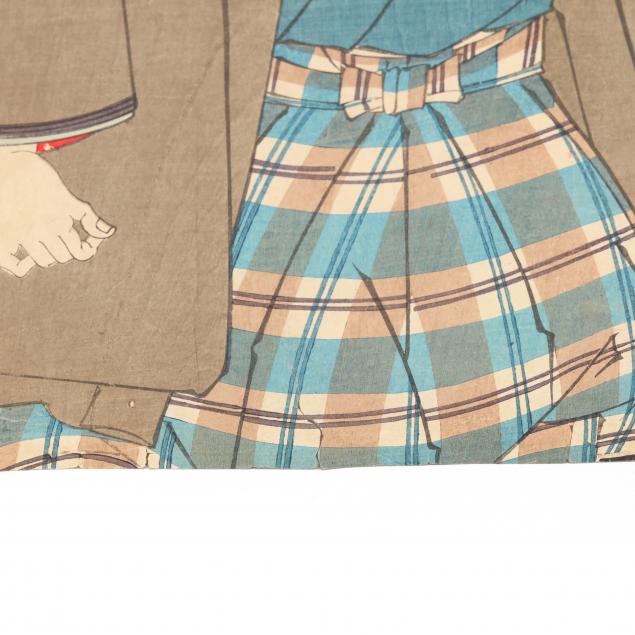 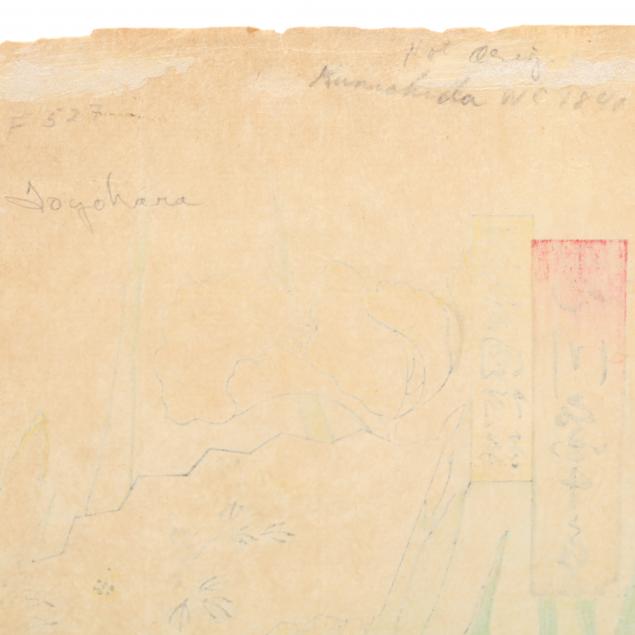 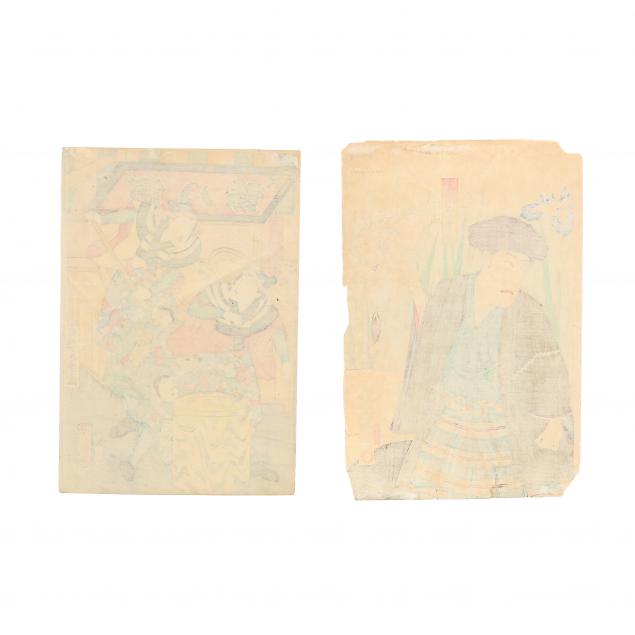 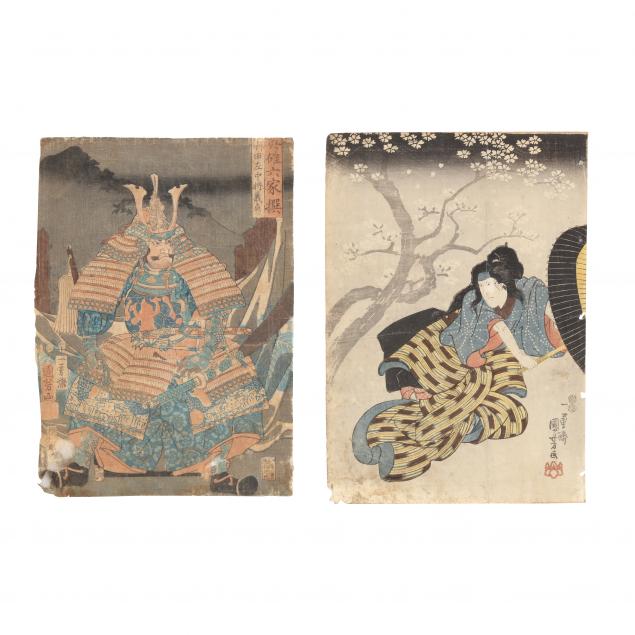 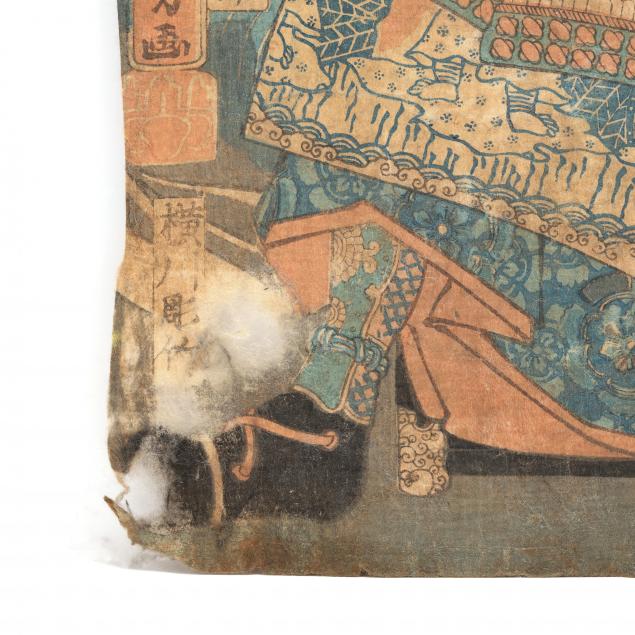 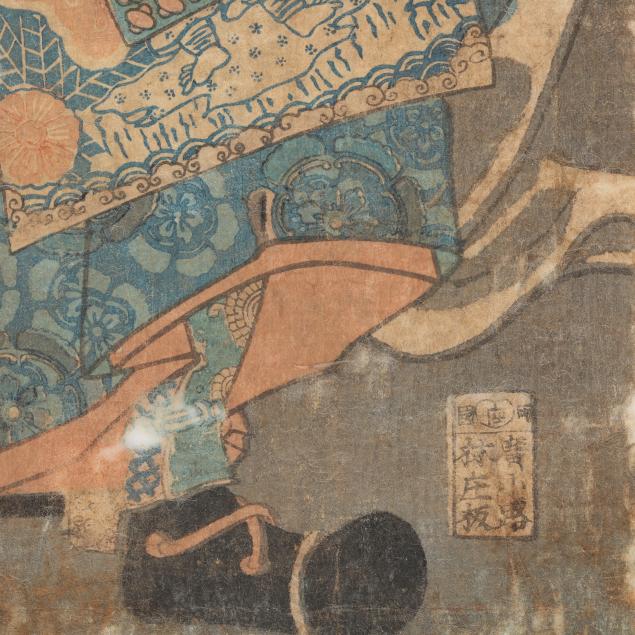 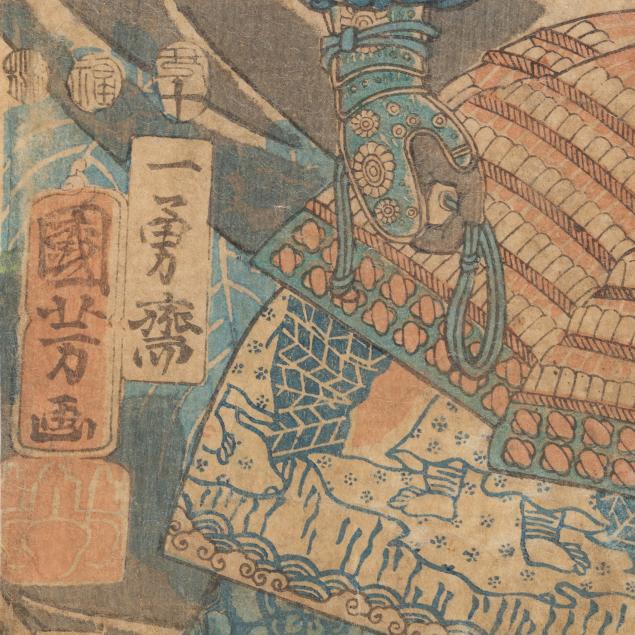 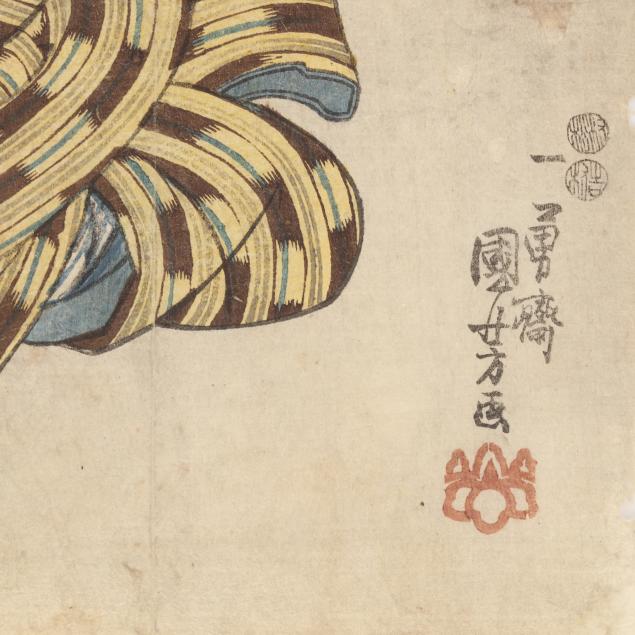 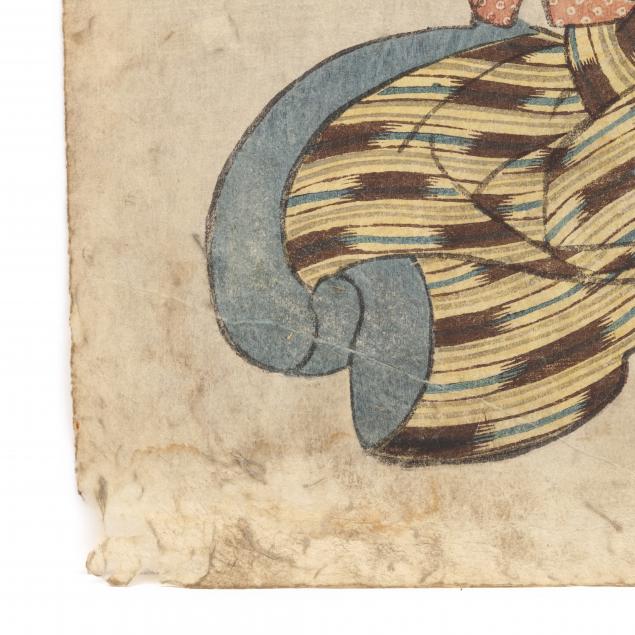 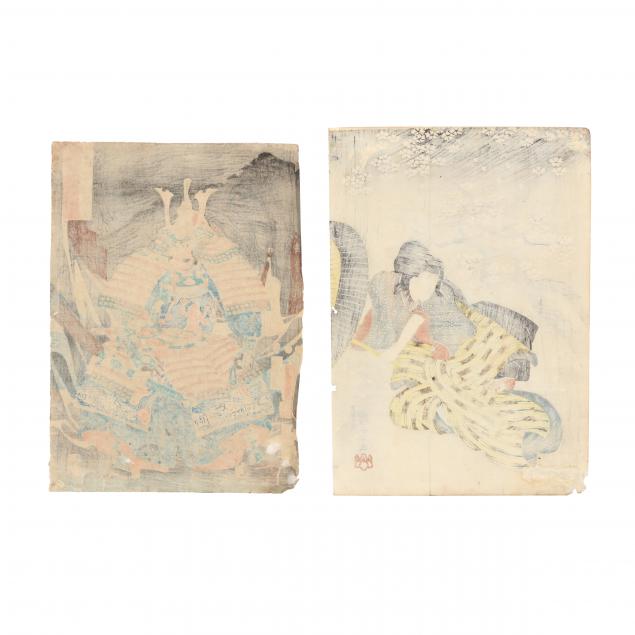 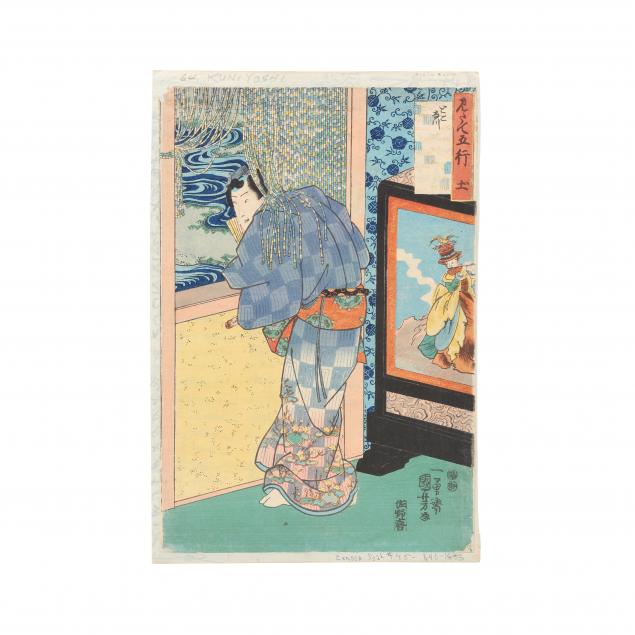 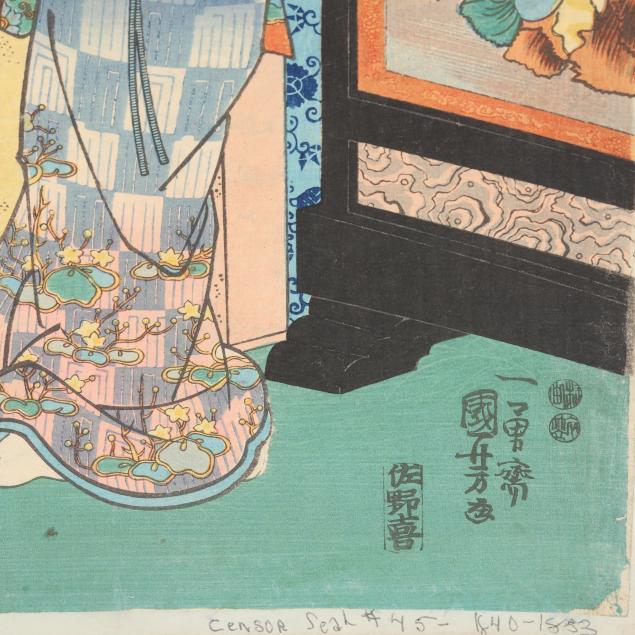 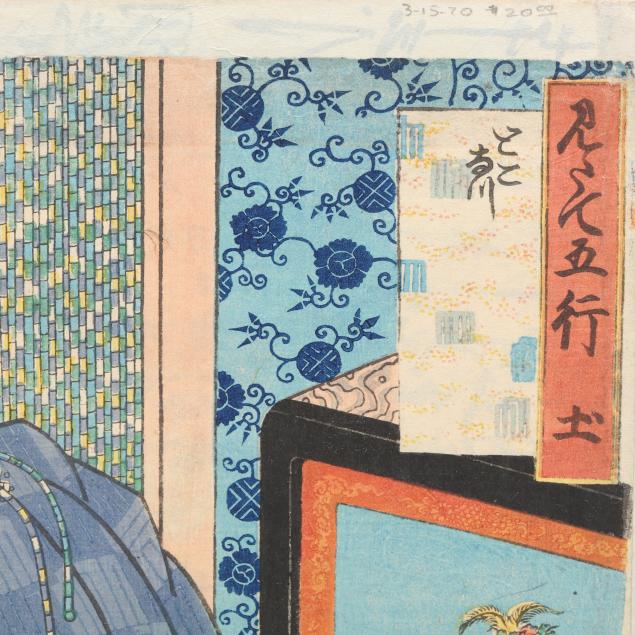 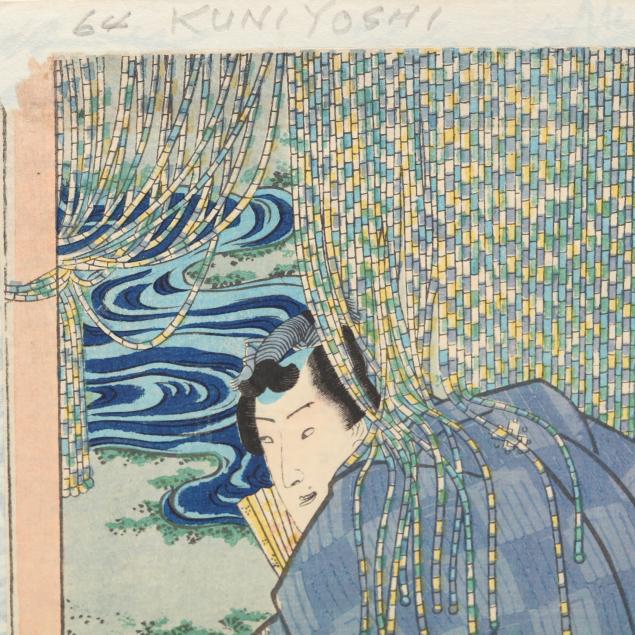 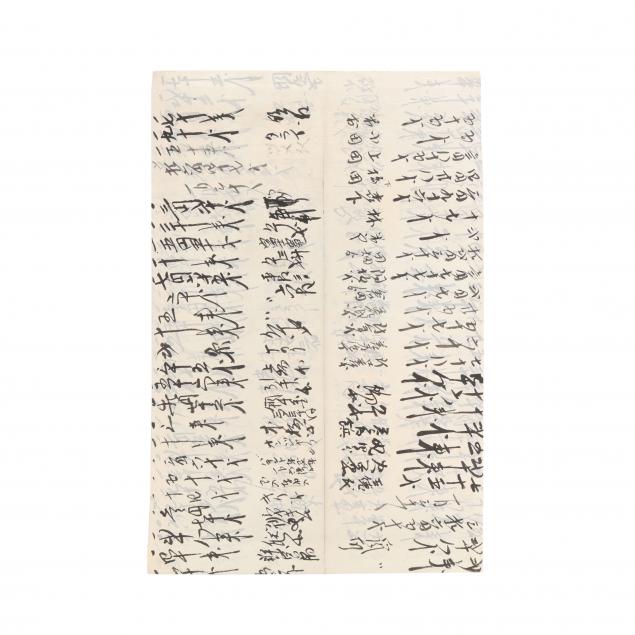