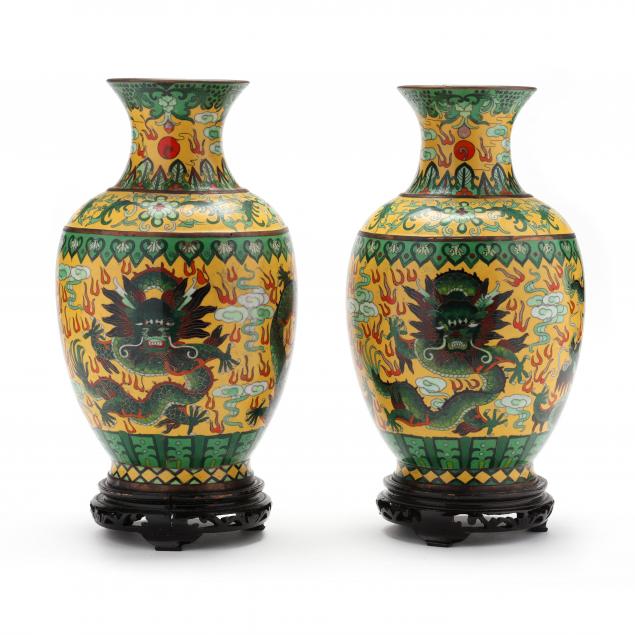 Base of one with extensive remains of hardened glue-type adhesive that has penetrated into the bottom of the vessel visible through interior, perhaps later base that has been glued in; second vase is secured to its wooden stand with glue-type adhesive therefore unsure of condition of bottom base of the second vase, however part of the seal mark can be seen through the opening in center of stand; wear and losses to rim and foot mounts. 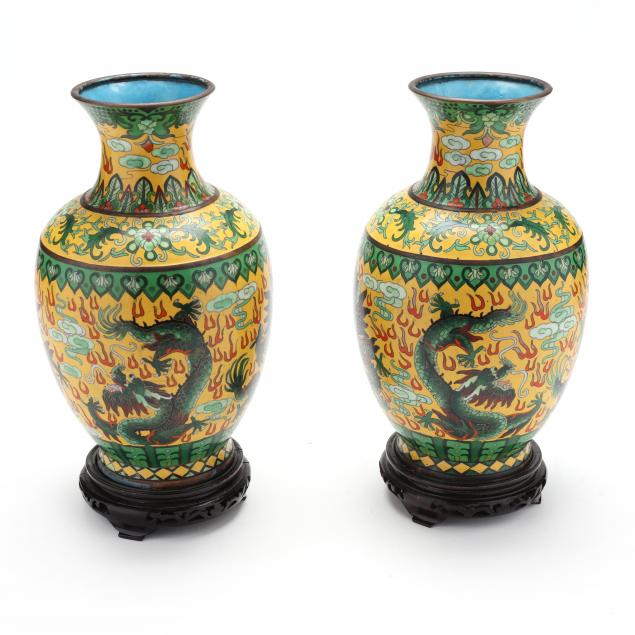 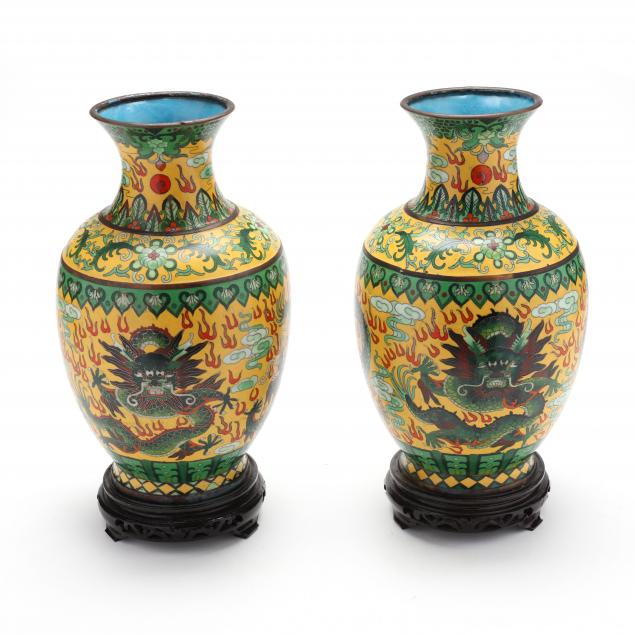 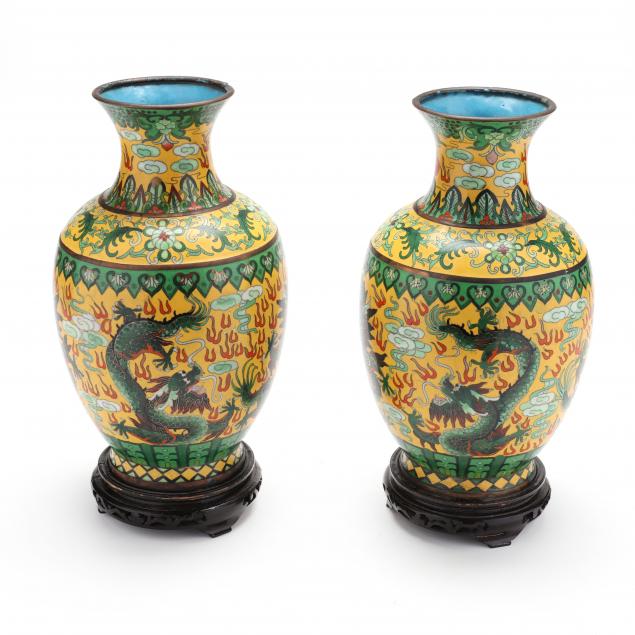 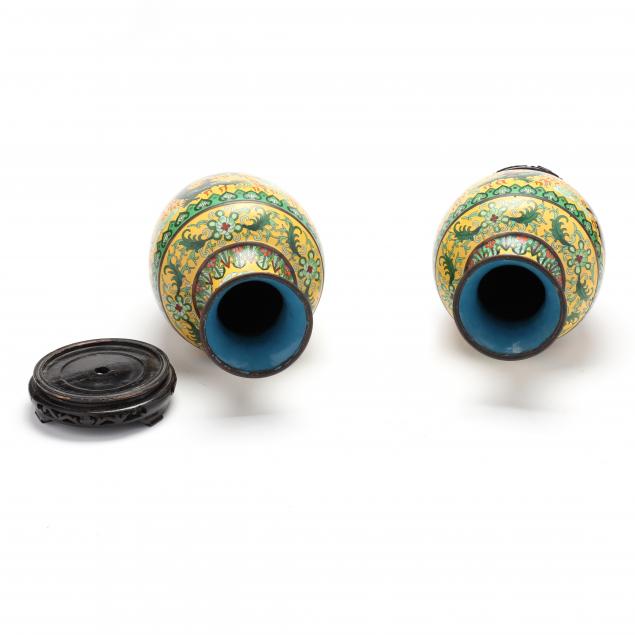 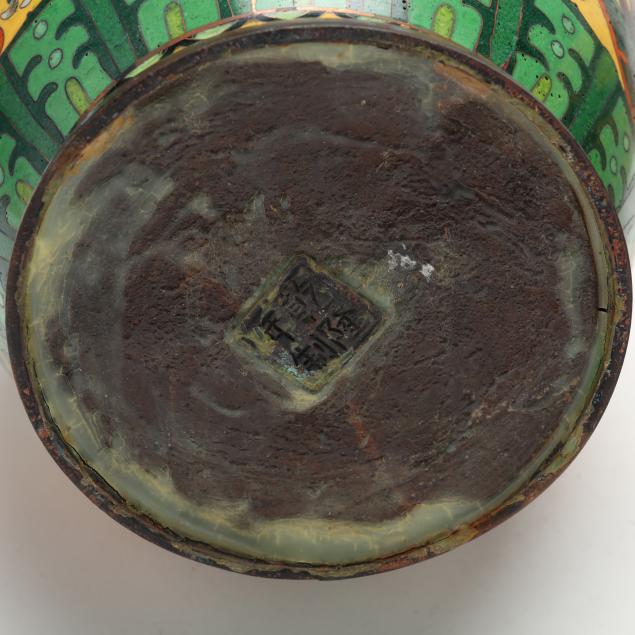 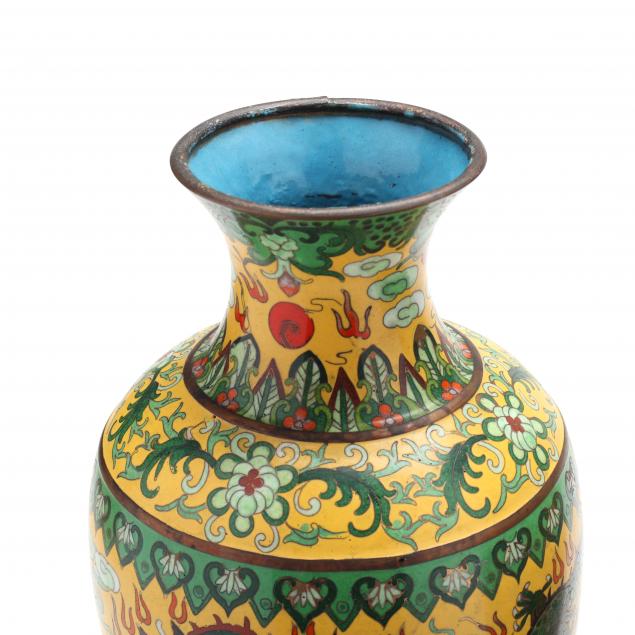 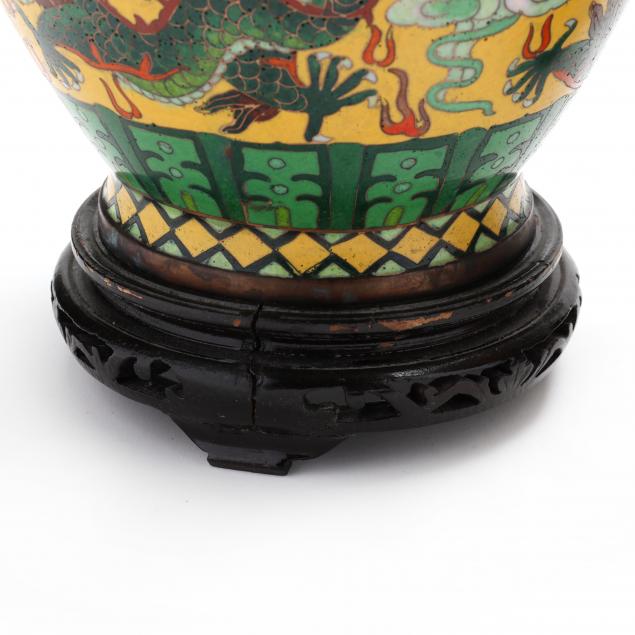 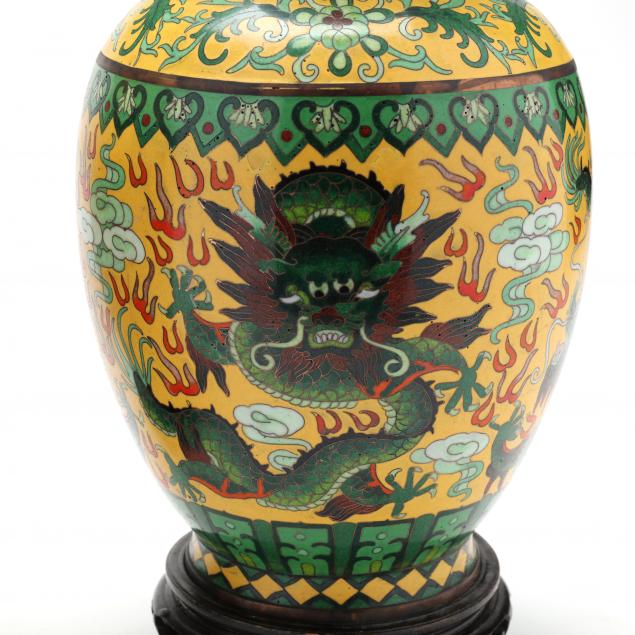 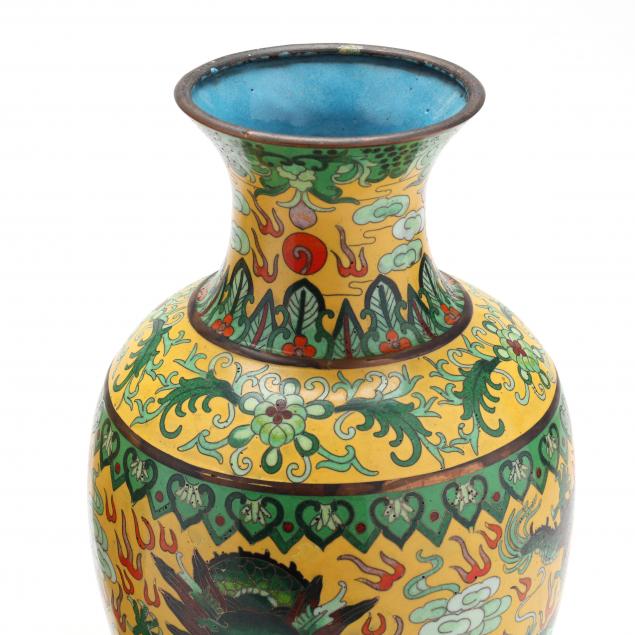 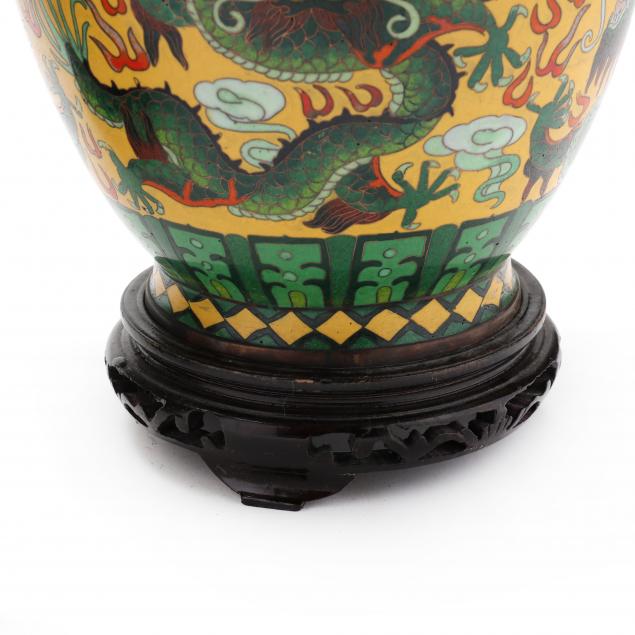