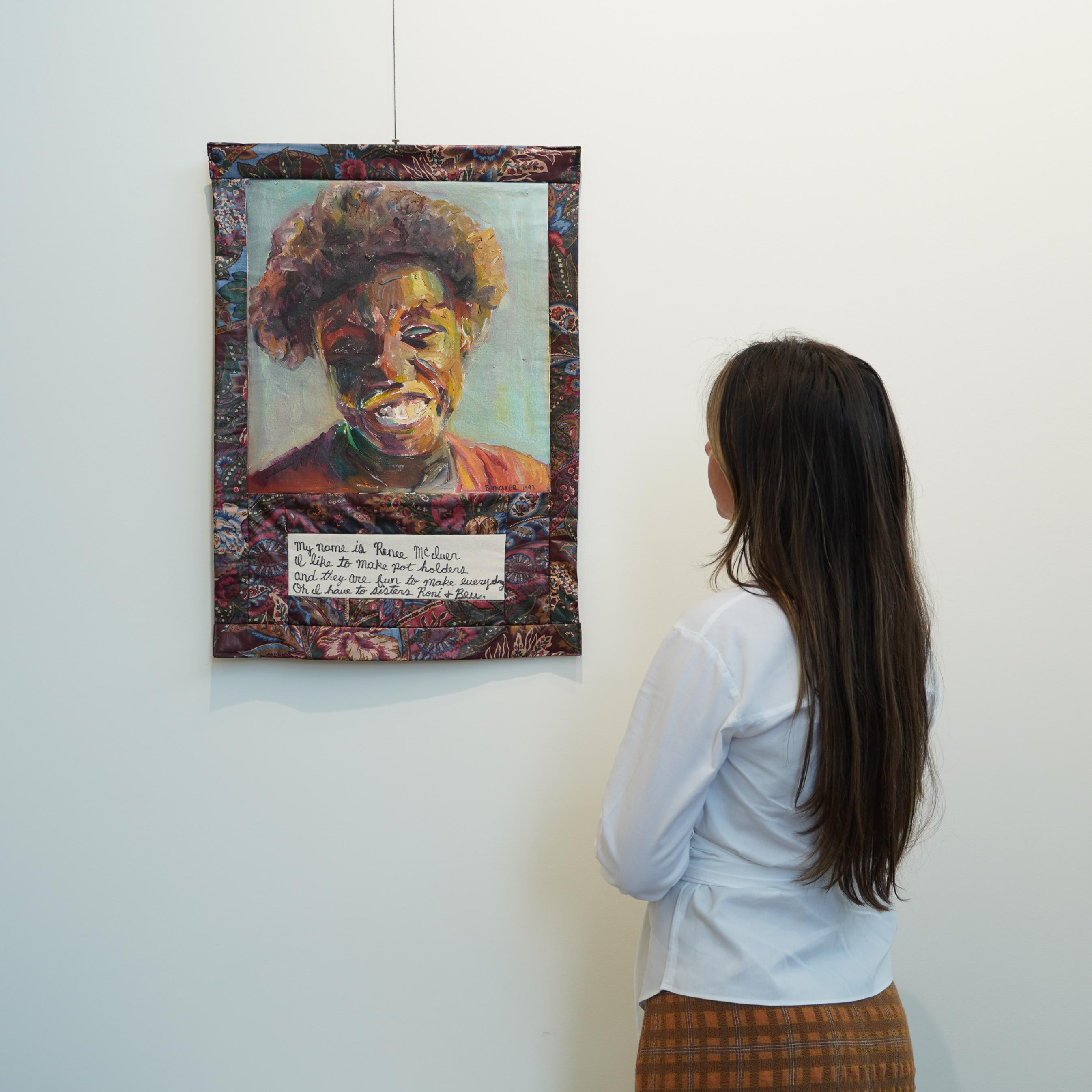 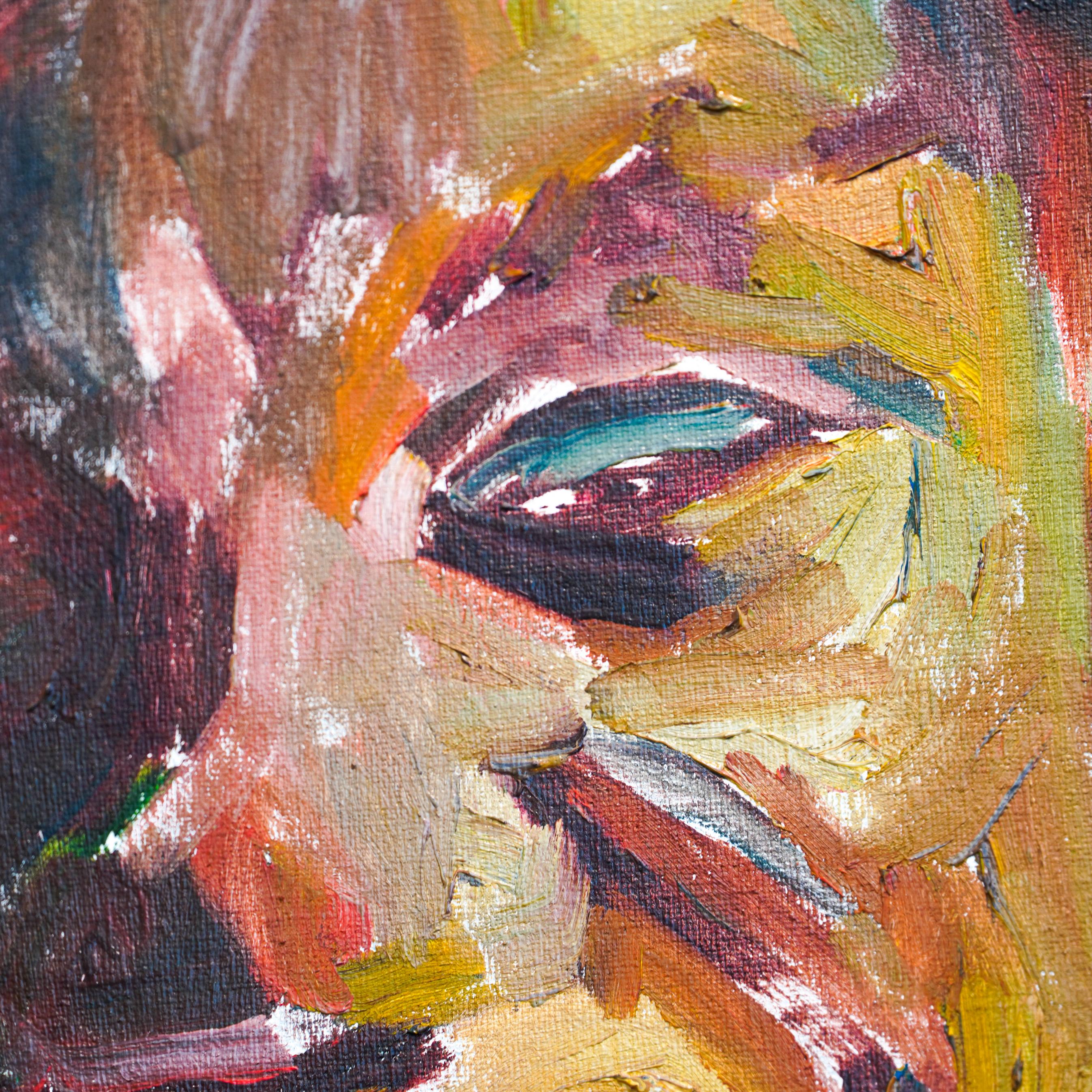 Beverly McIver (NC, b. 1962), Renee (My Name is Renee) (detail)
1. Beverly McIver
Greensboro, NC native Beverly McIver’s art career is a storied one. Her deeply personal portraits of her sister Renee were the focus of a 2011 HBO Documentary, Raising Renee, which chronicles the emotional struggle to balance her flourishing career as an artist with raising her special needs sister (the subject of the work in our upcoming auction - shown in full above, detail shown left).
A 2012 New York Times profile describes McIver’s work as showing “her kinship with artists like Cindy Sherman” and “lyrical compositions that recall the work of Millet and other 19th-century realists.” You can view her work at the Nasher Museum’s Reckoning and Resilience: North Carolina Art Now on display through July 10 or in her upcoming traveling solo exhibition Beverly McIver: Full Circle at the Southeastern Center for Contemporary Art beginning in December 2022 as well as The Gibbs Museum of Art in 2023.
2. Steven M. Cozart
Artist, educator, and documentarian, Durham, NC native and Greensboro, NC resident Steven M. Cozart is a true multihyphenate. His work, which focuses on classism in the African American community, has been the subject of 7 solo exhibitions and more than 15 group exhibitions including Nasher Museum’s Reckoning and Resilience: North Carolina Art Now. “Steven's "Pass / Fail" series encourages his subjects to open up about their lived experiences as black men and women in the American South. Each work is a brilliant integration of object, text and draftsmanship to tell a very personal story,” states Claire Fraser, Director of Fine Art at Leland Little, referring to The Gill Interview, offered in our Spring Modern Art & Design auction (pictured below). 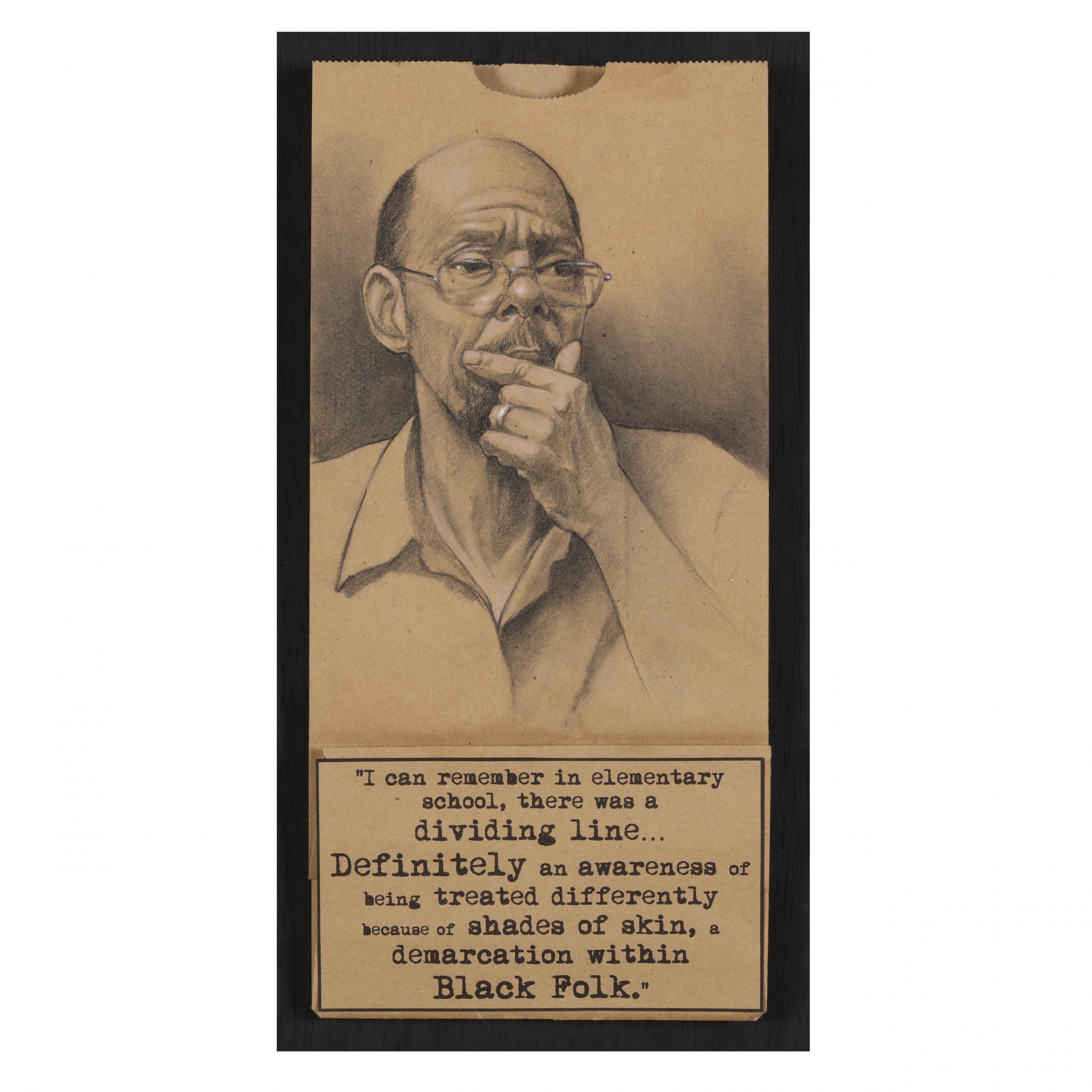 Steven M. Cozart (NC), The Gill Interview (Image I)
3. Robert Gordy
Following his death in 1986, Robert Gordy was described in the New York Times as “An artist known for whimsical paintings with repeated patterns and abstract studies of human heads” as well as “one of New Orleans’ most influential artists.” At the time of his death, his works were part of permanent collections at The Metropolitan Museum of Art, the Whitney Museum of American Art, and the Museum of Modern Art in New York City. 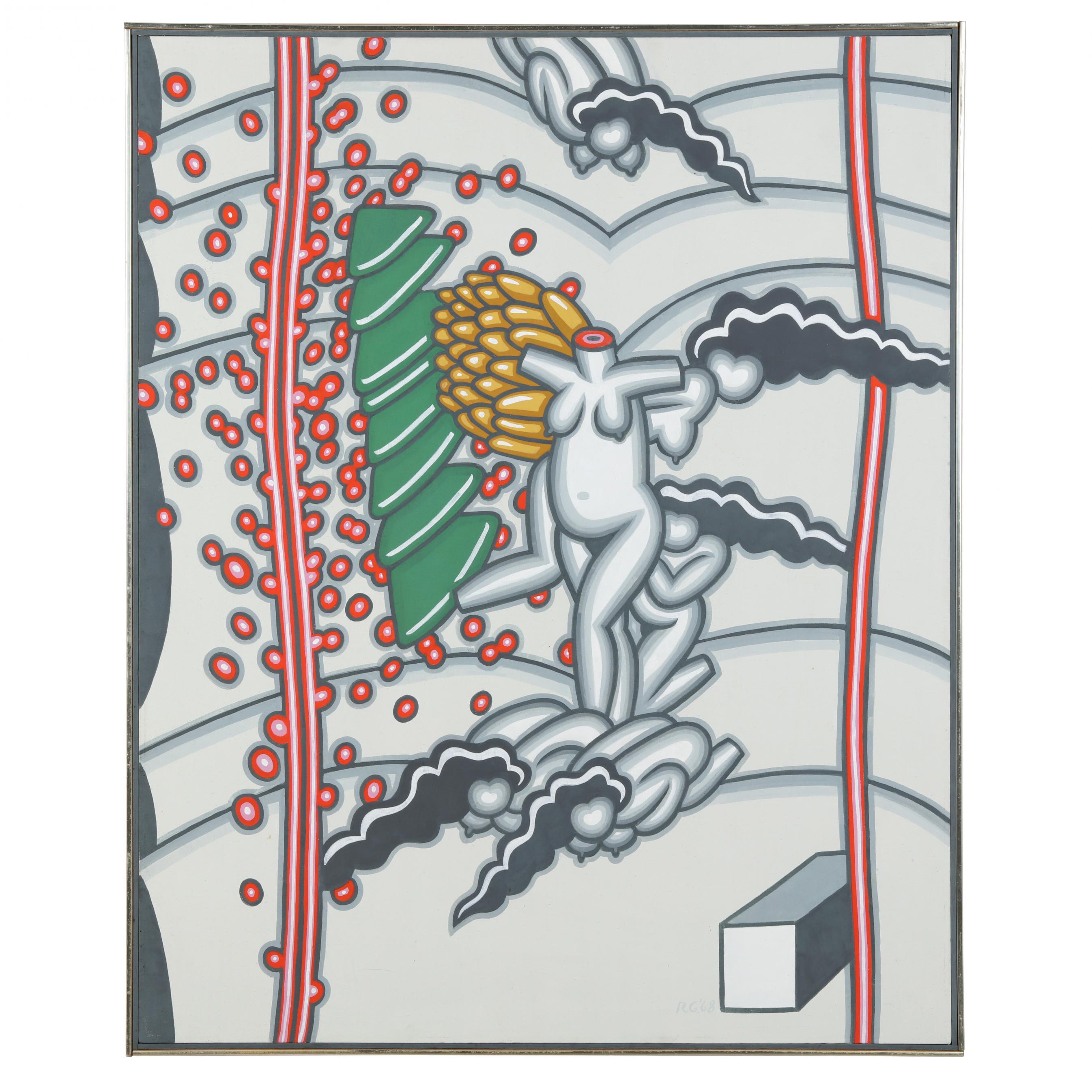 Robert Gordy (American, 1933-1986), La Toilette. Exhibited: Featured as the cover image for an exhibition of Robert Gordy's paintings and drawings at The Tampa Bay Art Center in 1969.
4. Valerie Brathwaite
For an artist whose career spans more than 50 years, Trinidad and Tobago born artist Valerie Brathwaite is having a moment. Henrique Faria gallery in New York recently hosted a solo exhibition entitled “Where Have All The Flowers Gone?” and showcased a selection of the artist’s works spanning the late 1960’s to 2021.
“Valerie's use of organic abstract volume and form, as well as breadth of media over the last 50 years, with a persistent evolution of ideas on nature and sensual forms of the human figure, are why her work has been compared to artists such as Jean Arp, Barabara Helpworth, and Louise Bourgeois,” states Brian Kuebler, Decorative Arts Cataloguer at Leland Little. 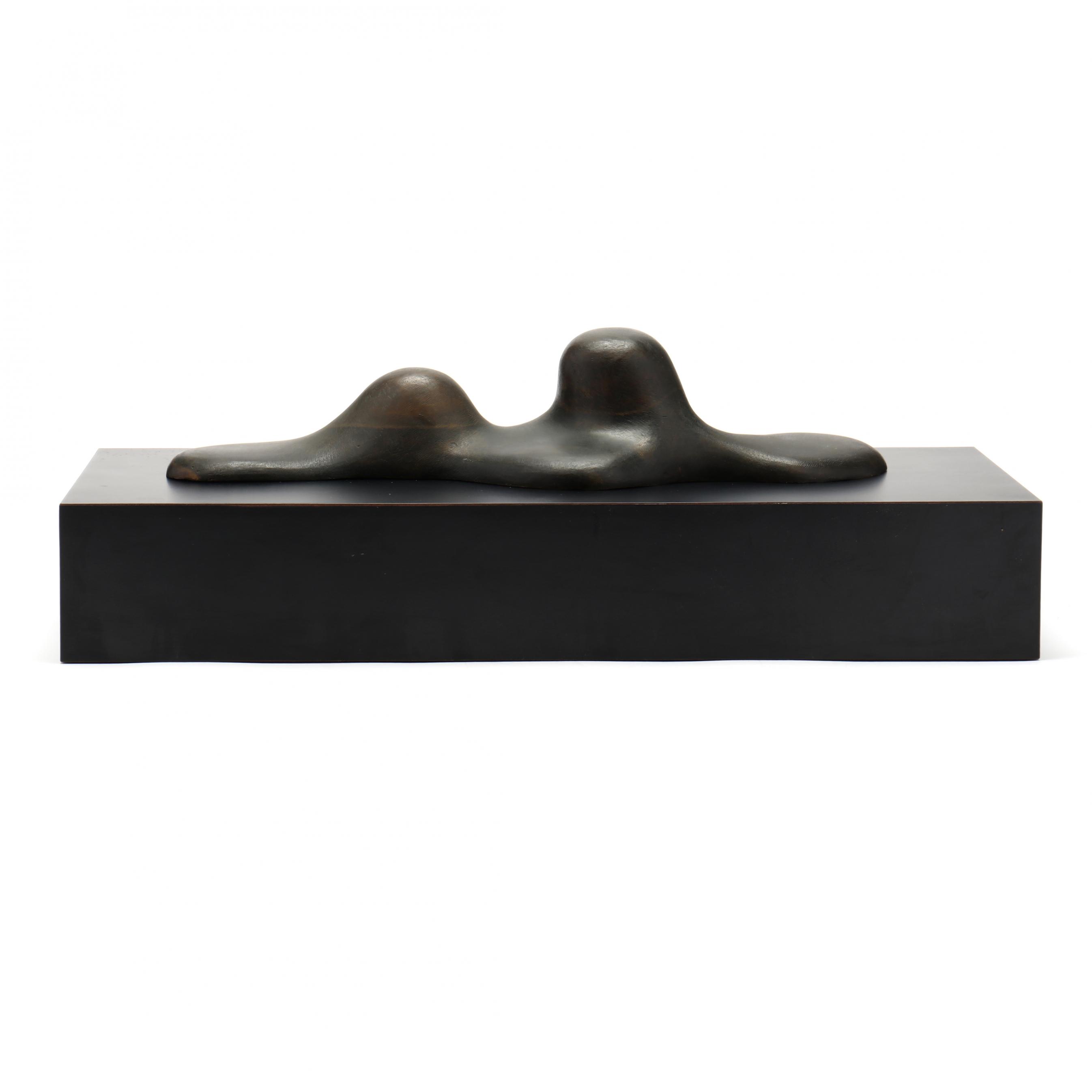 Valerie Marie Brathwaite (Trinidadian, b.1940), Biomorphic Bronze Sculpture
5. Dieter Roth
Legendary Swiss born artist Dieter Roth’s works have been part of over 35 exhibitions at the Museum of Modern Art in New York City, including a solo exhibition entitled Wait, Later This Will Be Nothing: Editions by Dieter Roth in 2013. The exhibition statement argues that among his various mediums “his editioned works - prints, books, and multiples - … made his most radical contributions.” In 2018, Hauser & Wirth Zürich presented a solo exhibition, Dieter Roth, Paper, which celebrated the artist’s important contribution to the medium of “the artist book,” a medium also popularized by Ed Ruscha. The Dieter Roth pieces in our upcoming auction are part of a collection of Prints and Photographs from the Davidson College Art Collection, which are being sold to support new acquisitions. 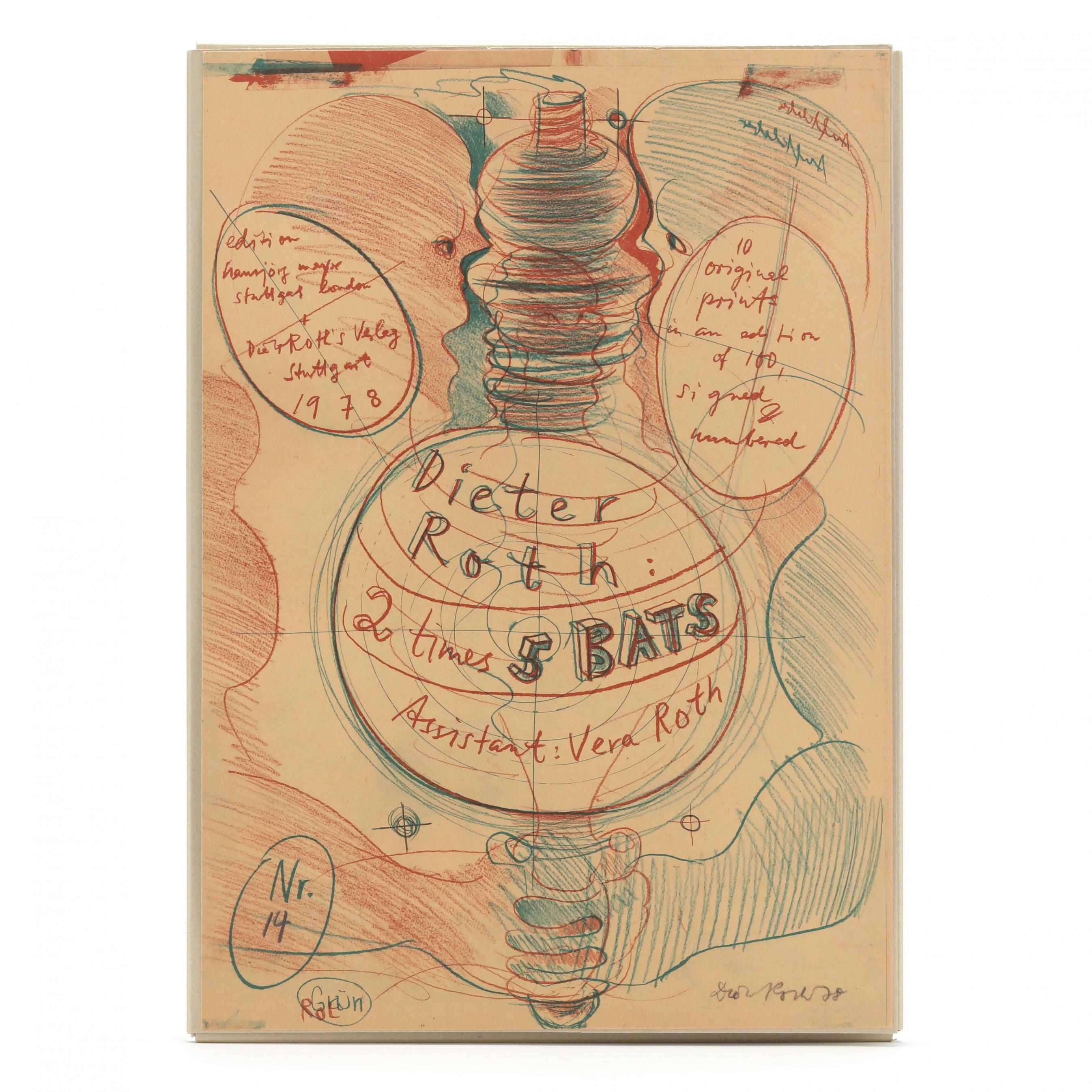 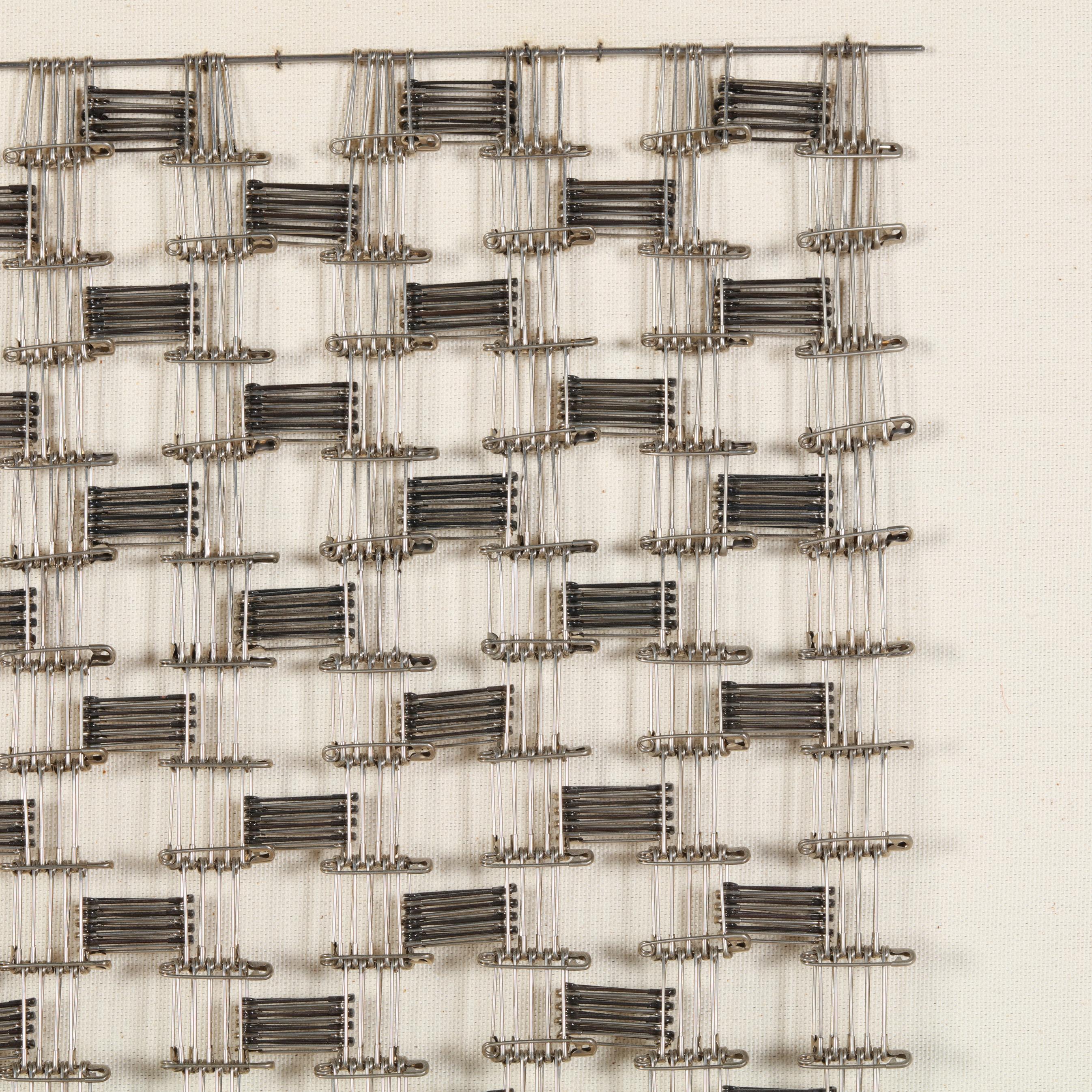 Tamiko Kawata (Japanese, b. 1936), Permutation 82 (detail)
6. Tomiko Kawata
Born in Japan in 1936, Tomiko Kawata attributes her distinct style of mixed media sculpture to the differences between her life in America and her life in Japan. In her artist statement, Kawata states “I like to use overlooked indigenous objects from our daily life as my media.” In Permutation 82 (detail pictured at left), offered in our Spring Modern Art & Design auction, the overlooked indigenous objects are paperclips, which appear again and again in the artist’s work.
Kawata is represented by Garvey Simon in New York City, who hosted a solo exhibition of her work entitled Permutations in 2018. In 2021, Kawata’s work was presented in Japandi: shared aesthetics and influences at browngrotta arts in Wilson, Connecticut. 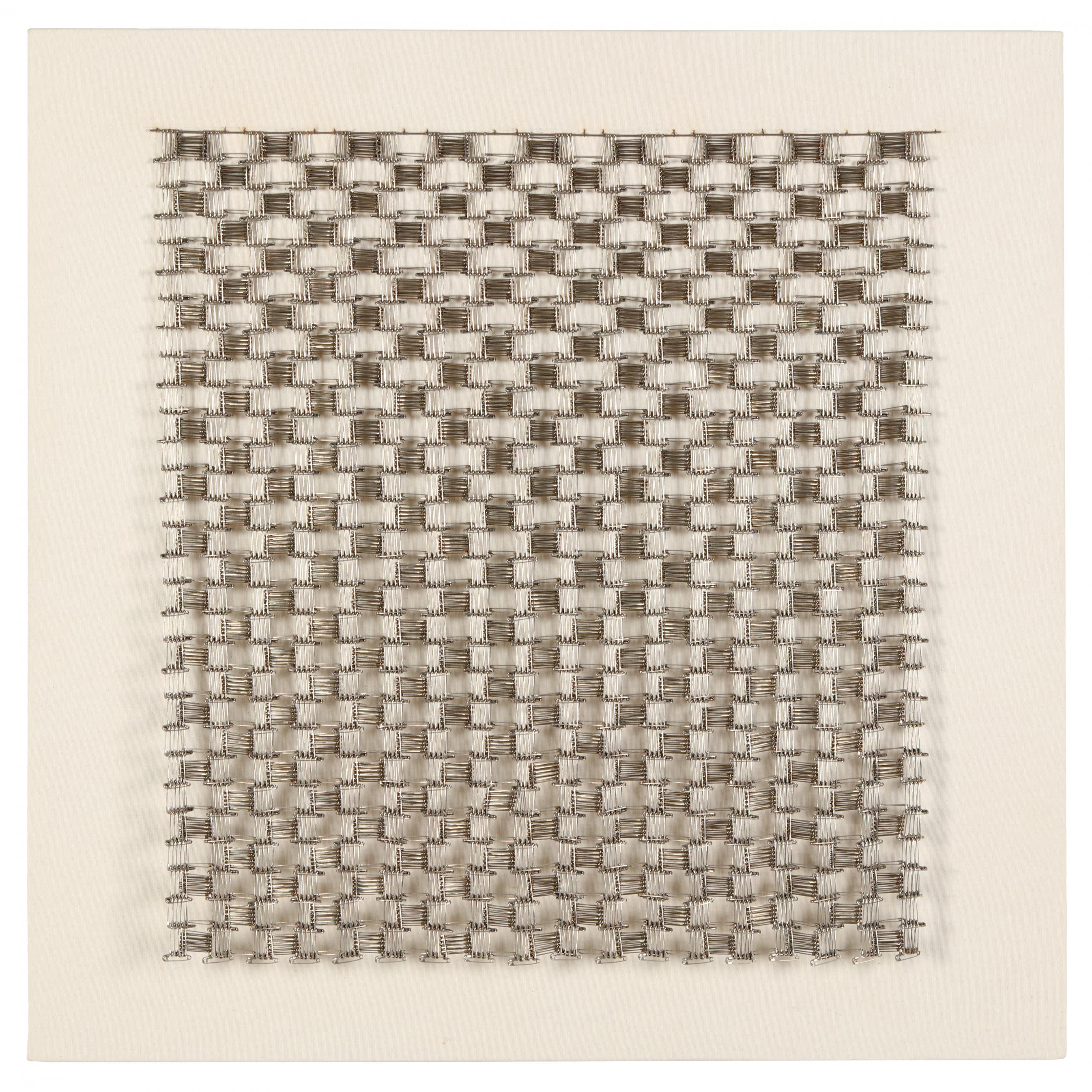 Tamiko Kawata (Japanese, b. 1936), Permutation 95
7. Richard Jolley
Knoxville based glass artist Richard Jolley has been featured in over 65 solo museum and gallery exhibitions throughout the US, Europe, and Japan. His works can be found in over 30 public collections on display at institutions such as Carnegie Museum of Art, Corning Museum of Glass, Knoxville Museum of Art, Los Angeles County Museum of Modern Art, Museum of Fine Arts, Boston, Renwick Gallery of the Smithsonian American Art Museum, Washington, DC, and the Frederick Weisman Art Foundation in Los Angeles. Jolley’s Translucent Substance #7, offered in our Spring Modern Art & Design auction, was exhibited as part of a solo show at the Arkansas Arts Center in 2005. 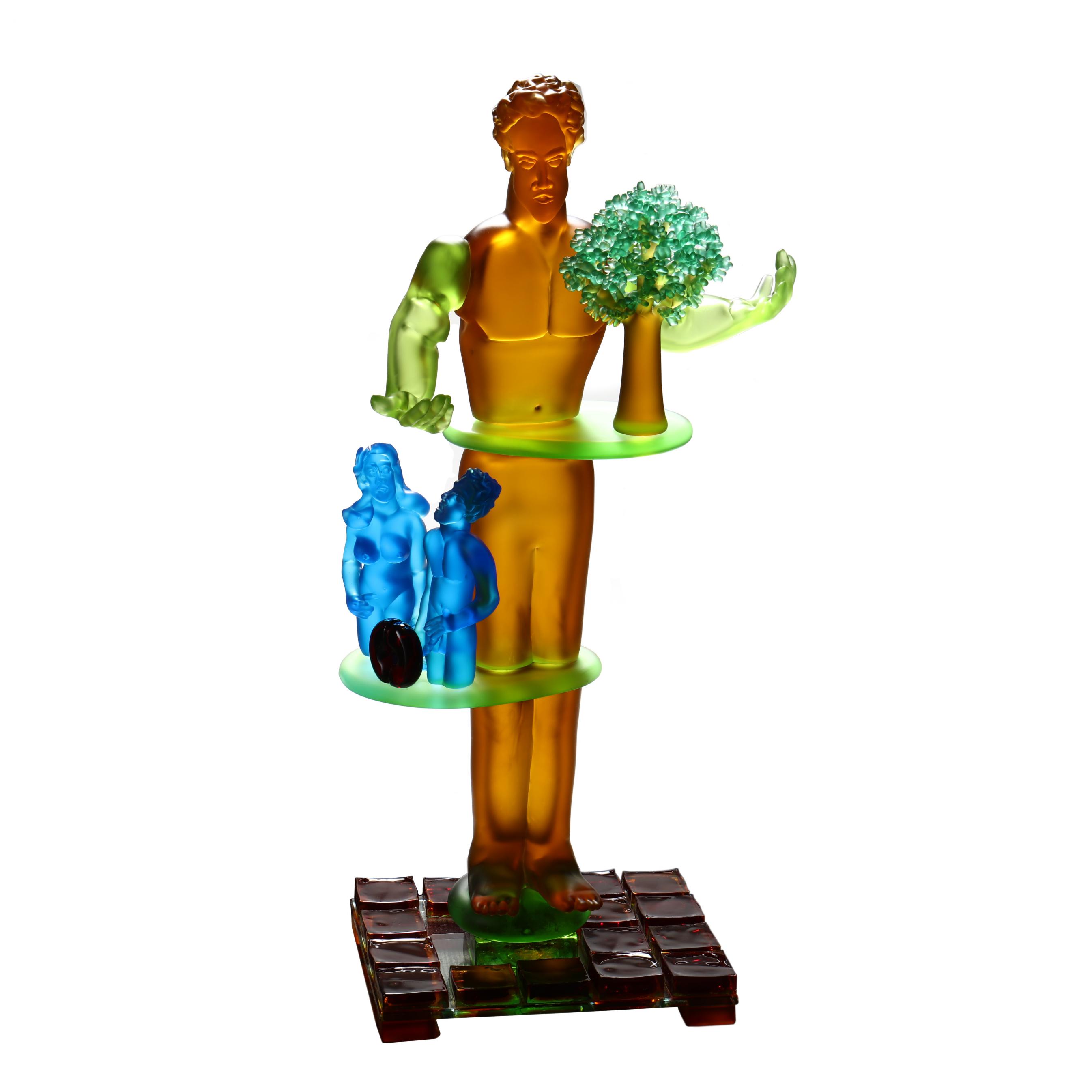 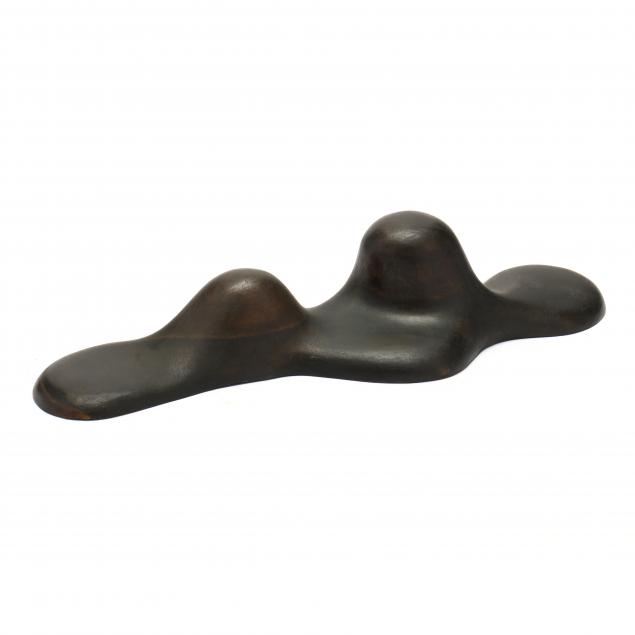 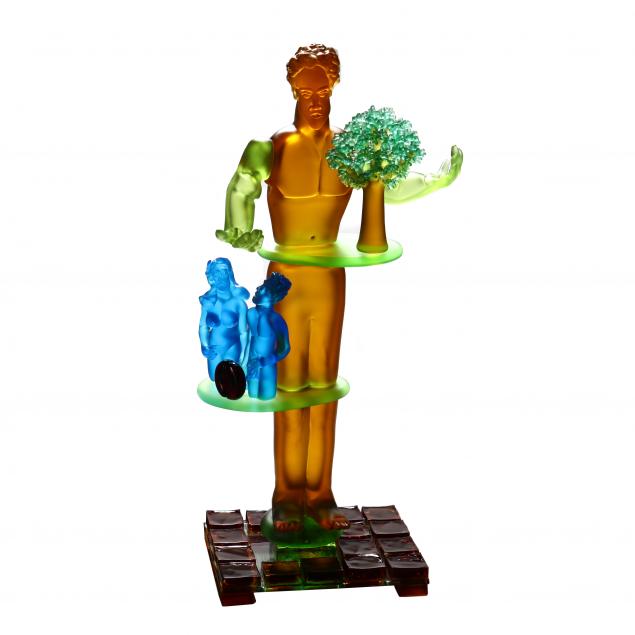 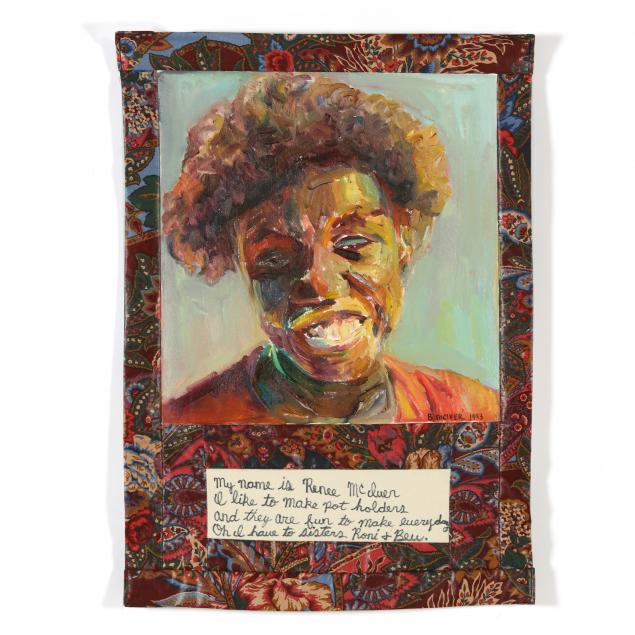 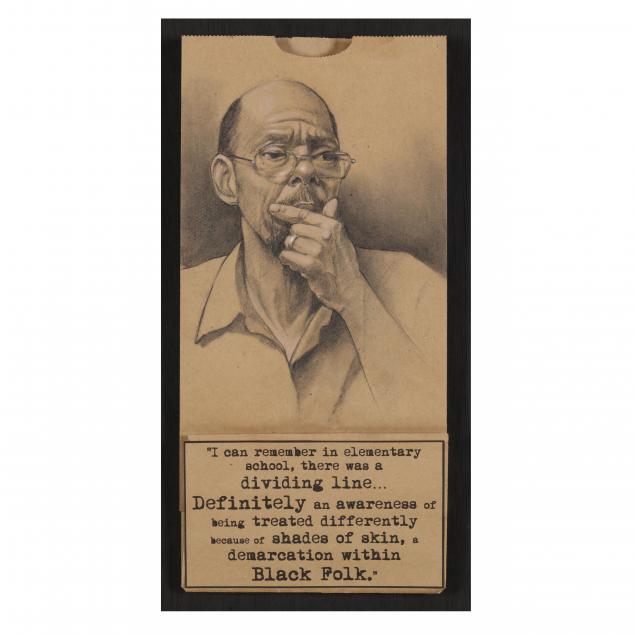 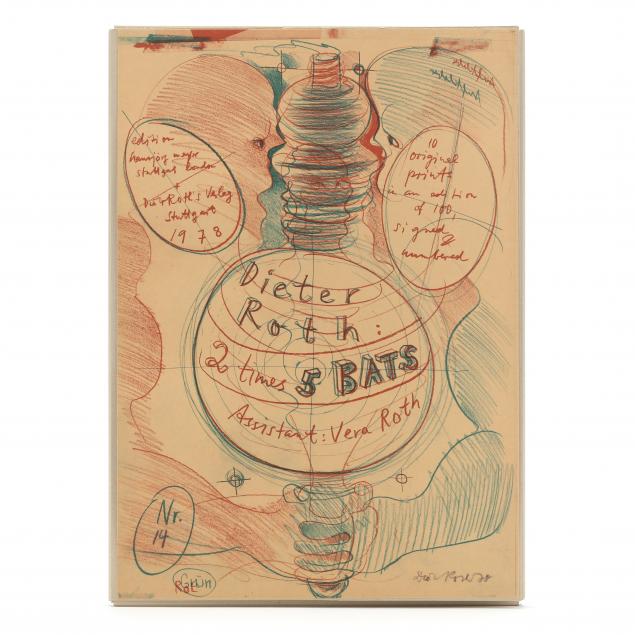 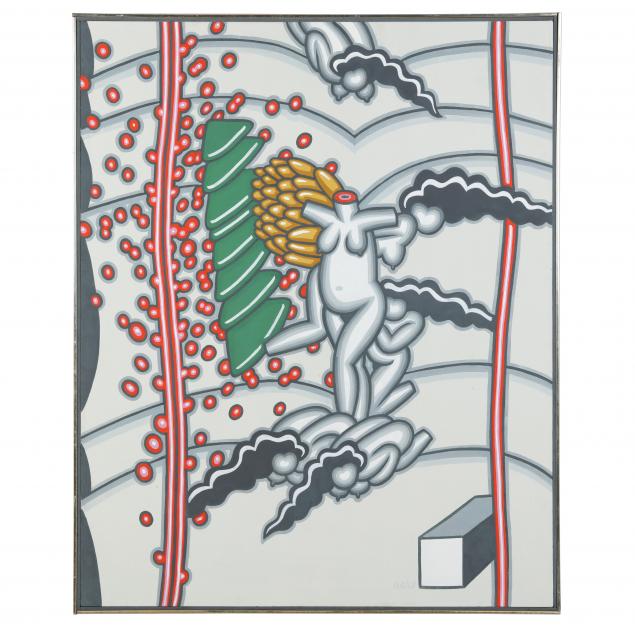 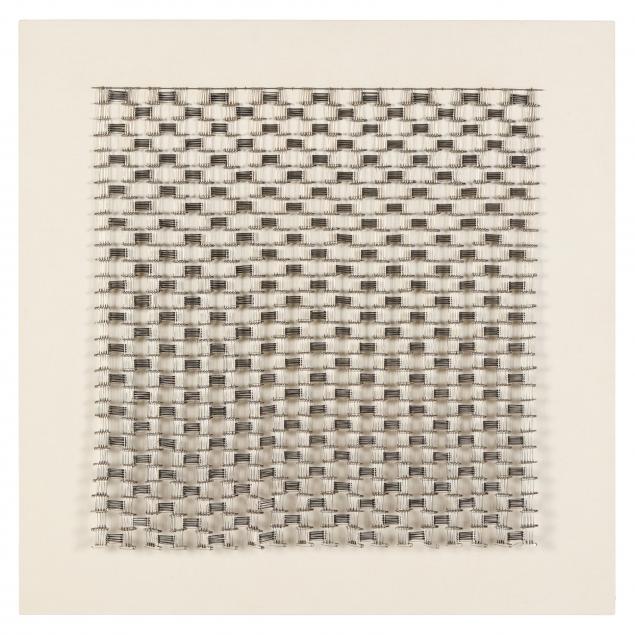