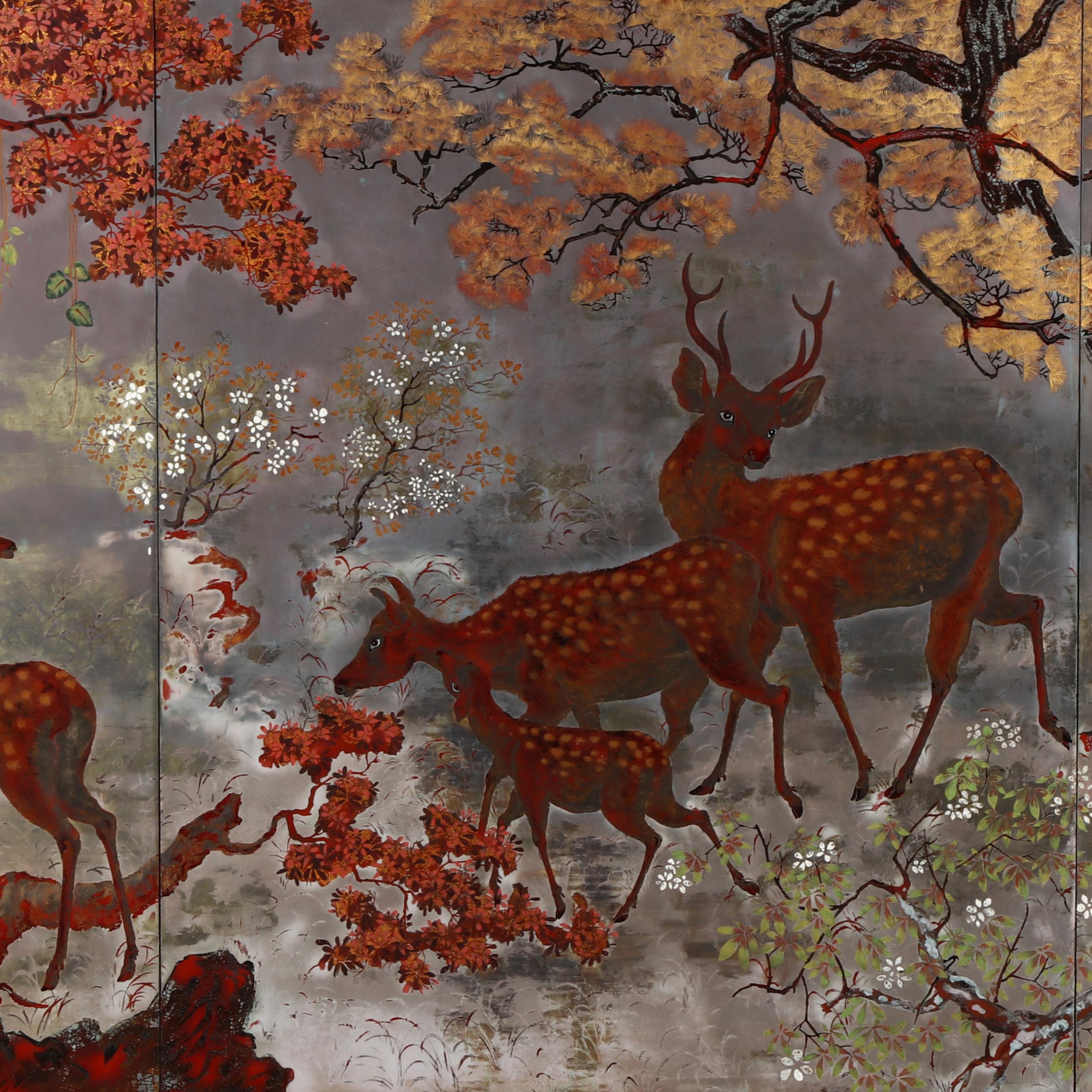 Princess Lechi Tran Oggeri Rodriguez and her family were inextricably intertwined with the fate of the Vietnamese State in the 1950's and 60's, just as the machinations that would set that country's course into the next millenium were at work. The family's dramas were Shakespearean, playing out on a global stage. Princess Lechi, who lived in the United States from the 1950's on, remained committed to her country and its culture throughout her life. In our Important Fall Auction we are offering a monumental example of her love of her culture and its art - a lacquer triptych painting of deer in a lush autumn scene.

Princess Lechi was a direct descendant of the Emperor of Annam, and her parents were one of the prominent families of early twentieth-century Vietnam. Lechi had one sister, Le Xuan, known as Madame Nhu, who was married to the brother of Ngo Dinh Diem, the president of the newly established Republic of Vietnam (South Vietnam) from 1955 until he and his brother were assassinated in 1963. Madame Nhu famously came to be called "The Dragon Lady" in her role as de facto first lady to the bachelor president. The Dragon Lady was known for her harsh "moralist" policies and sharp tongue. In 1955 she exiled her sister, Lechi, to the United States.

Princess Lechi, far from receding from public life, became a champion for the anti-communist forces in Vietnam and a supporter of the United States intervention there. Remarkably, coming from a culture that historically undervalued their daughters, Lechi earned a doctorate and wrote extensively on Vietnamese cultural integration to the United States. She worked for the United States Army Special Warfare Center, teaching language and culture to Special Forces soldiers deploying to Vietnam, and later as an intelligence analyst developing psychological warfare profiles.

Lechi's interests did not stop at the political and military. She was also an avid art collector and accomplished artist in her own right. The painting from her collection that we are offering in our Important Fall Auction is a dramatic example of one the great Vietnamese artistic legacies of the mid-20th century - painting with lacquer.

Lacquer was used in Asia for centuries, mainly as decoration for wooden objects. It made its way to Europe via trade with both Asia and Persia. Kendal Parker, Leland Little Asian Arts Director, says that painting with lacquer is "known for being incredibly demanding and labor intensive, sometimes taking over a year to complete a single painting." The lacquer, which dries quickly, is applied layer after layer, alternating coats between colors and clear. Each layer must dry and be sanded before the next can be applied. Once all the layers of color have finally been laid down, the artist uses the finest sandpaper to sand down the coats of lacquer until the desired color is revealed in each area. According to Parker, all through this exacting process "poisonous gases are being released and the lacquer can burn and disfigure the artist's hands."

Lacquer painting was revived as its own art form, distinct from the embellishment of decorative objects, in the 1920s through 40s, thanks to a group of French teachers and Vietnamese students at the École Supérieure des Beaux-Arts d’Indochine in Hanoi. The role of French influence in the burgeoning Vietnamese artistic tradition is problematic for both sides of the colonial coin, and so is often elided in the history books. But the school and its students laid the groundwork for a distinctive Vietnamese style of contemporary art, for which there was not a precedent in Vietnamese culture.

One of the students of the École was Tran Dzu Hong, who worked extensively in lacquer. He made works commissioned by many prominent Vietnamese figures, including The Dragon Lady's brother-in-law, President Ngo Dinh Diem, and the one in our auction, which was commissioned by Princess Lechi's parents in the 1950's and brought to the United States when Princess Lechi's father became the Vietnamese ambassador. According to Parker, this work is "one of the finest paintings by Hong to be offered at auction." There has been a high demand for Vietnamese lacquer paintings of late, and the results at auction for works by Hong and others have been strong in recent years.

Parker describes the piece in our auction by Tran Dzu Hong as a "stunning and peaceful masterpiece." In gorgeous reds, greens, and golds, it demonstrates some of the dramatic developments in depth of field, dimension, and detail that Vietnamese lacquer painting made over earlier decorative lacquering. Hong and his peers were able to comfortably combine Eastern and Western technique and aesthetic with glorious results. In some ways, these artists and their countrymen and women like Princess Lechi Tran Oggeri Rodriguez were the vanguard of a new, global Vietnamese cultural reality. 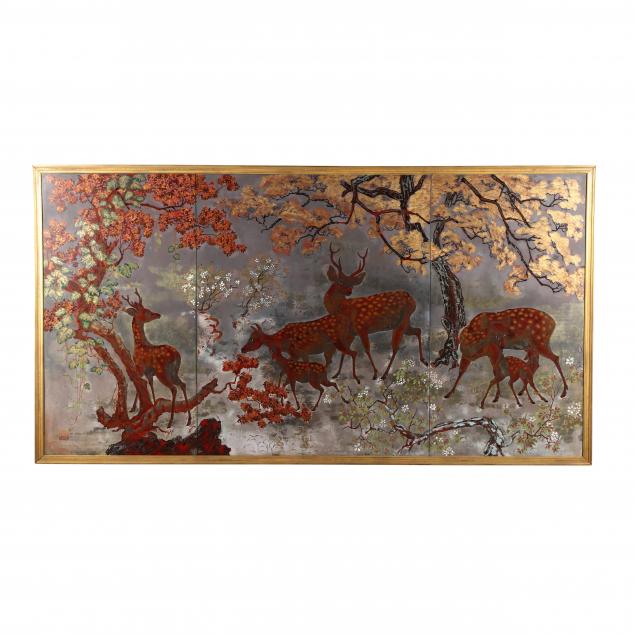