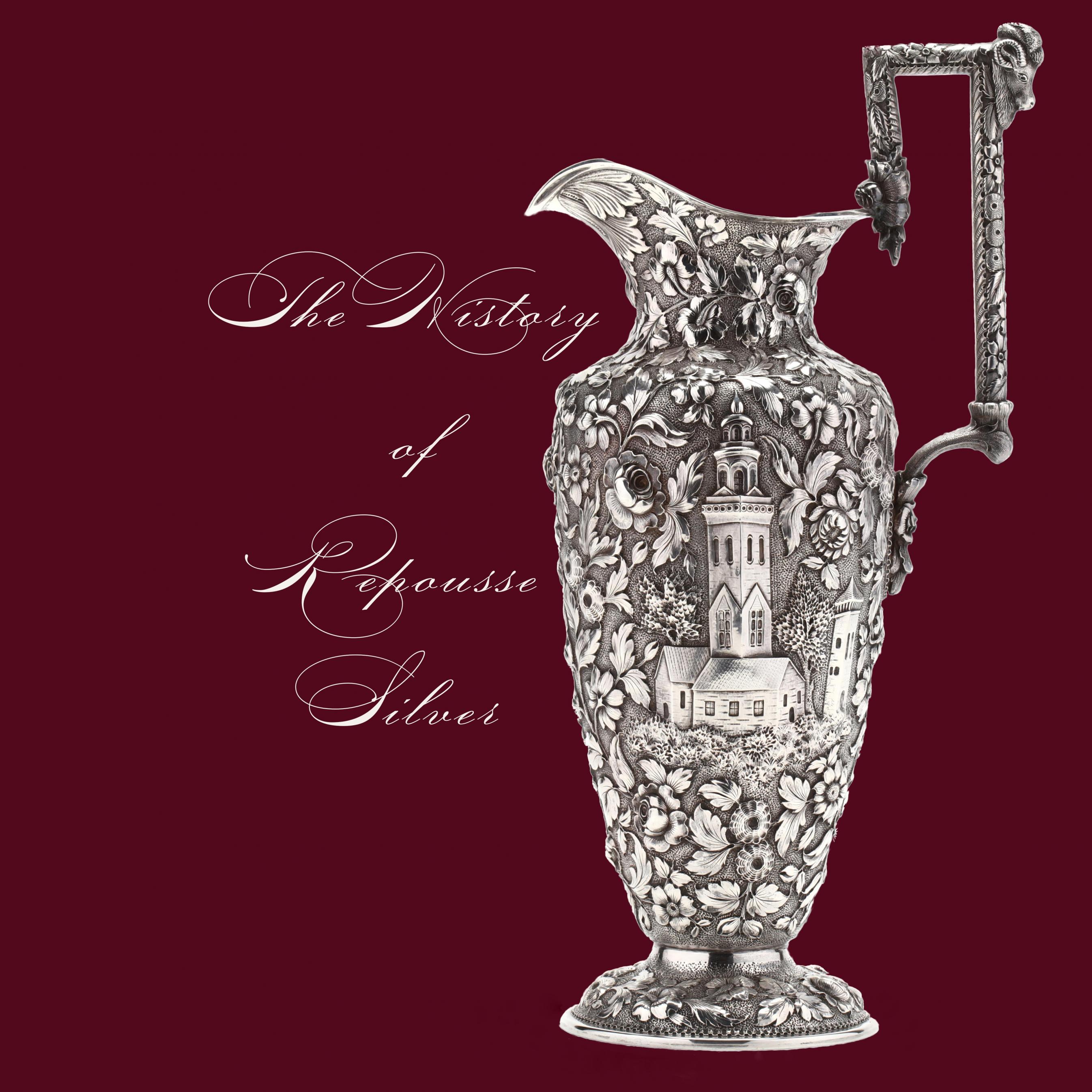 The "repoussé" technique of embellishing decorative silver pieces is so synonymous with 19th century Baltimore silversmith Samuel Kirk that it is sometimes referred to simply as "Maryland silver." Both our Important Summer Auction (held on June 13th) and our Sterling Silver Session include several exemplary pieces of this style of silver, by Samuel Kirk & Son, Kirk-Steiff, and Jacobi & Jenkins.

Samuel S. Kirk came to Baltimore in 1815 at the age of 21, just having completed his silversmithing apprenticeship in Philadephia. He was the son of Quakers who both descended from families of English goldsmiths. Kirk first partnered with John Smith to open the shop of Kirk and Smith, which lasted seven years. It was not until later, however, when Kirk had moved on to a solo enterprise, that he began to produce the highly detailed "Repoussé" pattern for which he would become so well known. Kirk was using the established repoussé technique of pushing a pattern out from the backside of a piece, and finishing it with chasing on the front, and was likely influenced by East Indian design and French and Irish technique. But his skill was such that his work became an industry highwater mark, and spread the popularity of repoussé throughout the nation. Kirk famously made the flatware for the wedding of President James Monroe's daughter, as well as pieces for foreign dignitaries like Napoleon and General Lafayette. Kirk worked on his own until his sons came of age, at which time his firm became S. Kirk & Son (for a period it was S. Kirk & Sons, until two of his sons, skittish from the economic fallout of the Civil War, left the firm).
As Leland Little Silver Director Claire Fraser notes, in the early to mid-19th century, Baltimore was the only place in the United States that had an assay office and required silversmiths to use a hallmark, which makes their pieces easier to date and identify - which is of particular use to collectors. Of the Silver Serving Dish with Cover by S. Kirk & Son in The Important Summer Auction, Fraser says "Collectors prize Kirk pieces like this that feature allover hand-chased decoration. This form of a bowl with the interior liner and the cover is quite unusual, which makes it particularly desirable. And lastly, the large cast floral final is a work of sculpture in itself!" 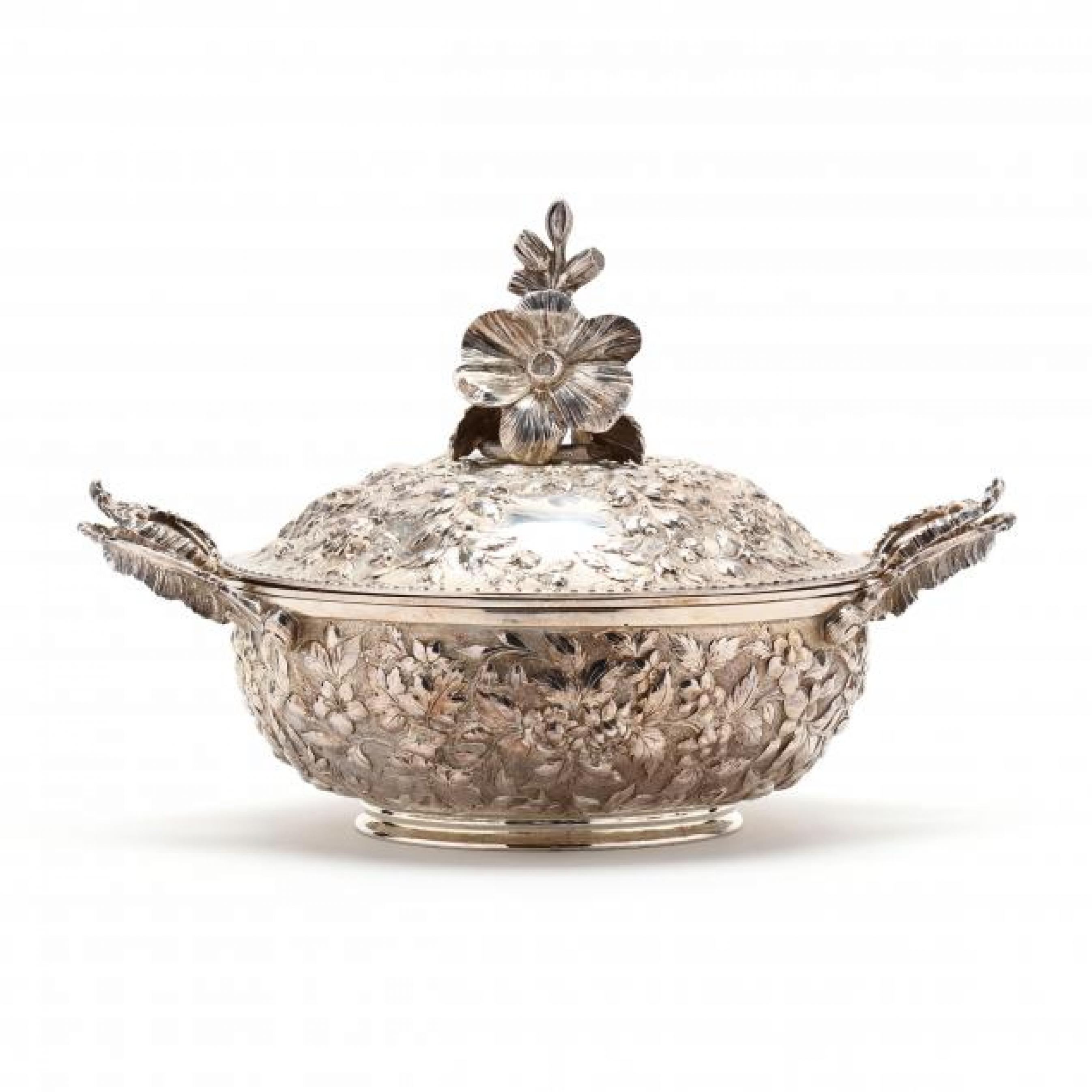 Baltimore Repousse Silver Serving Dish with Cover, Mark of S. Kirk & Son
Baltimore silver that was offered in the Important Summer Auction and that is currently being offered in the Sterling Silver Session is featured below. 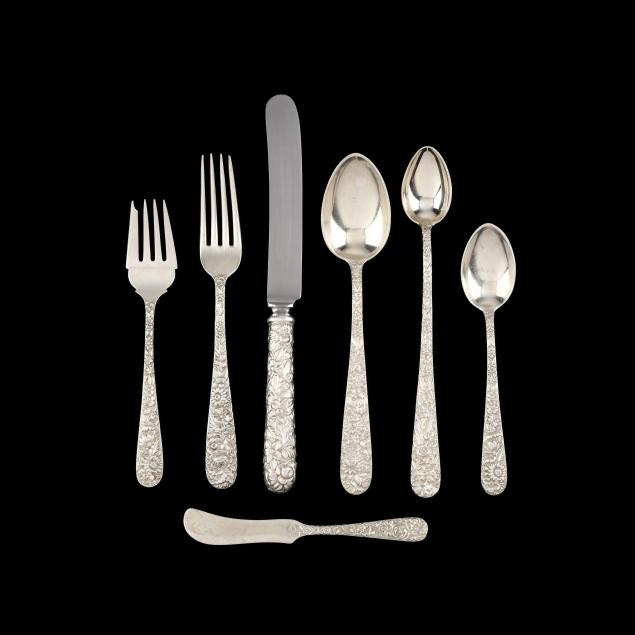 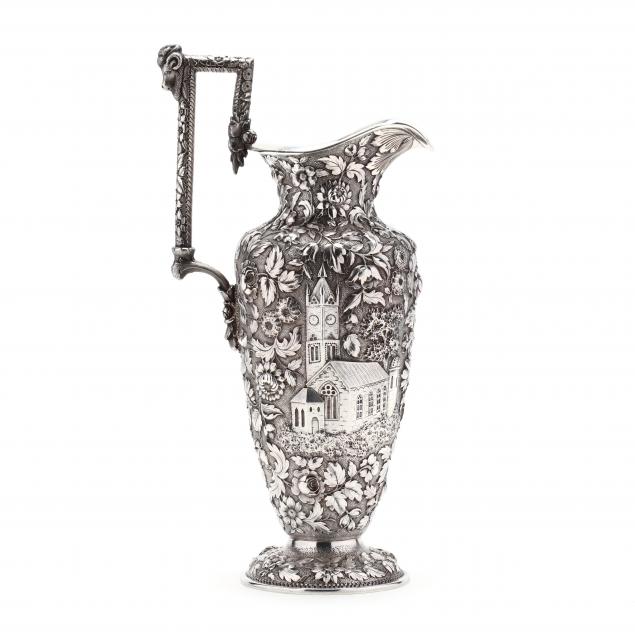 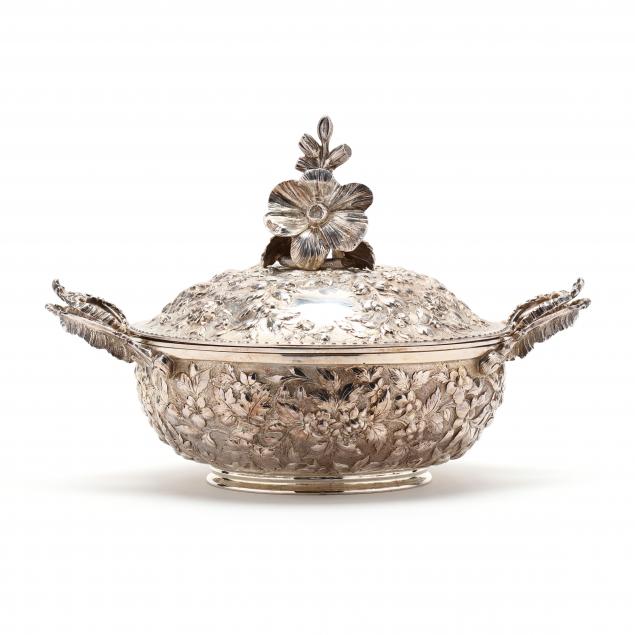 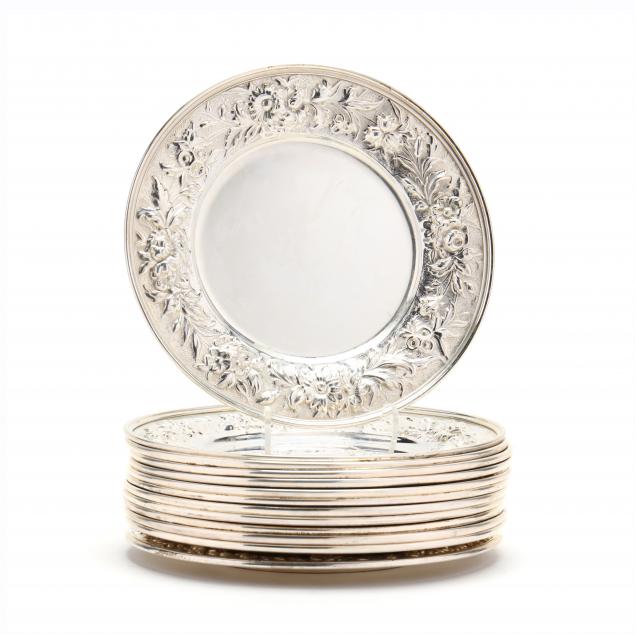 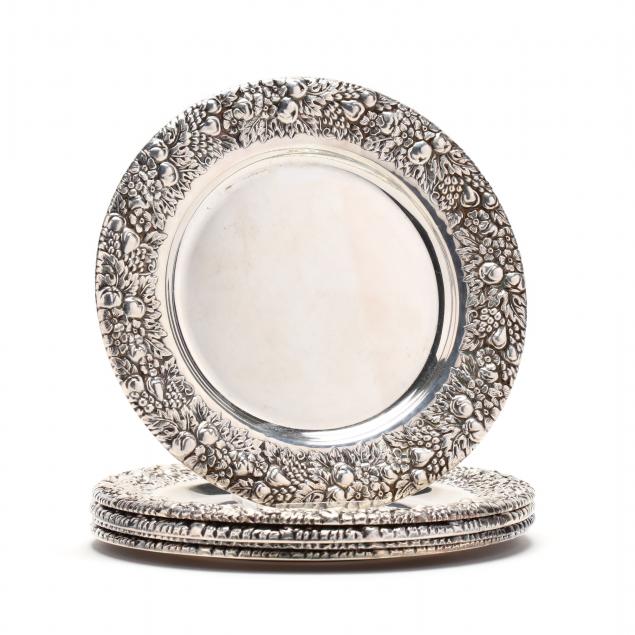 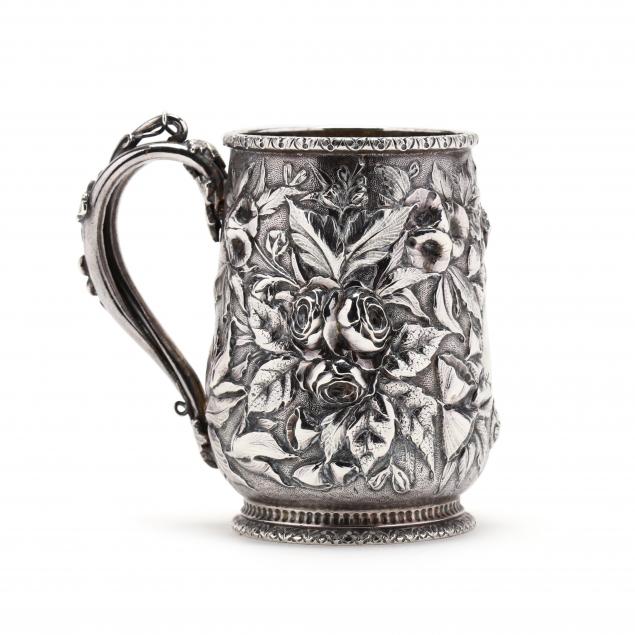 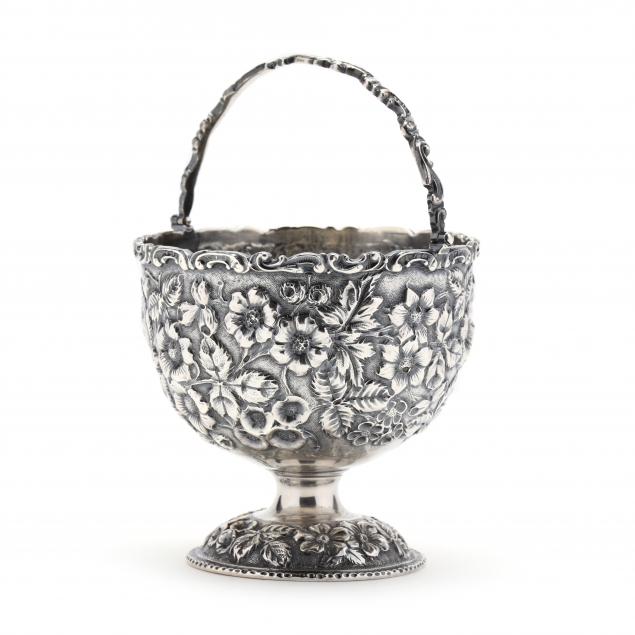 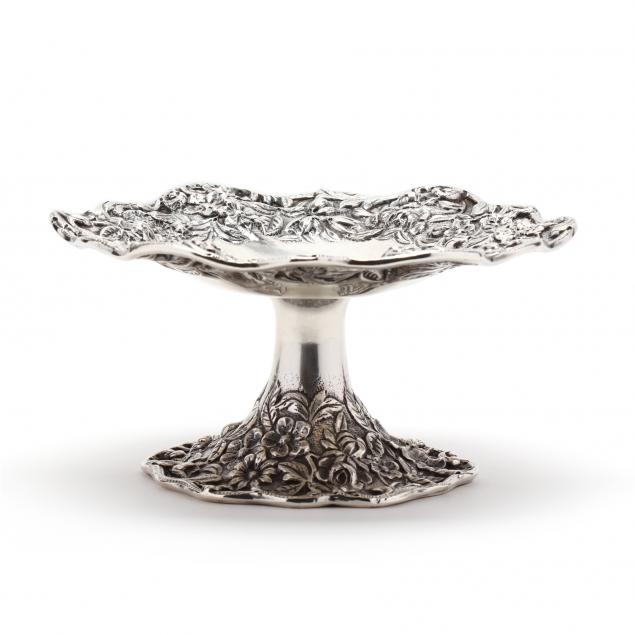